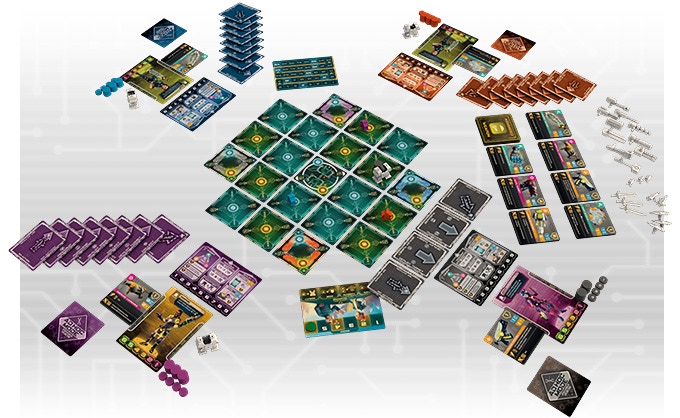 Gamelyn Games is back on Kickstarter with their latest Tiny Epic game, Tiny Epic Mechs. This competitive action-programing board game for four players features their signature ITEMeeples, which have been upgraded yet again with a vast array of new gadgets to carry. The gimmick this time around is the introduction of wearable power armor and mech suits for the Meeples, each of which can be customized with an arsenal of exotic heavy weapons. As with all games in the line, Tiny Epic Mechs was designed to be portable and inexpensive. You can buy the deluxe version of the game for only $25. 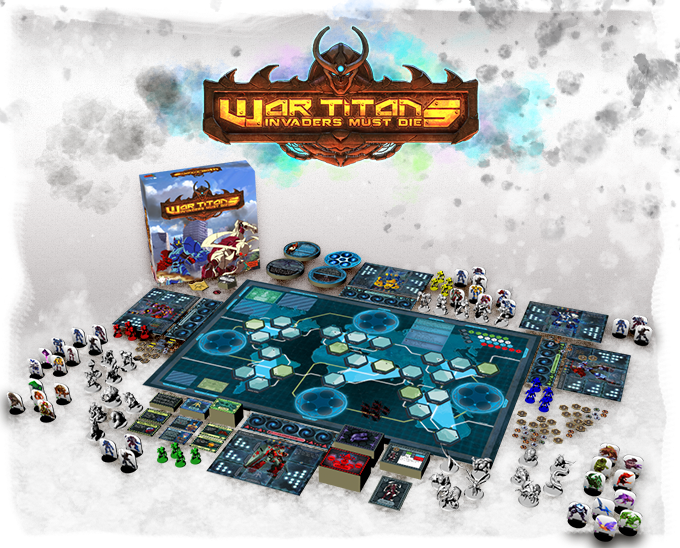 If that wasn’t enough mecha action for your tastes, Crawling Chaos Games is trying again to fund their upcoming anime-inspired cooperative strategy game, War Titans: Invaders Must Die! Up to four players each choose a pilot and mech on their mission to defend the Earth from waves of invaders. Players will travel around the world defending cities from giant monsters, interdimensional beings, and aliens bent on the conquest and destruction of humanity. The standard version uses cardboard standees to represent all the mechs and monsters, but there is a premium version available that upgrades them to plastic miniatures. Pledges start at €40/$47. 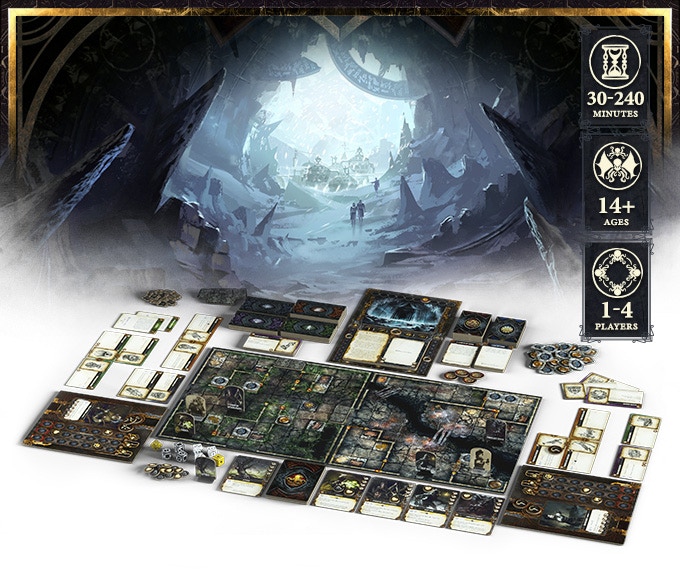 Machina Arcana is a horror-based dungeon exploration board game inspired by the Lovecraft mythos. Players control a brave party of explorers navigating the halls of dangerous dungeons full of monsters, both physical and imaginary. While combat plays a role in Machina Arcana, the game is more focused on exploration, puzzles, resource management, storytelling, and psychological horror as players unravel the dark, supernatural secrets of their environment. You can buy the premium version of the game, complete with expansion packs, for $75. 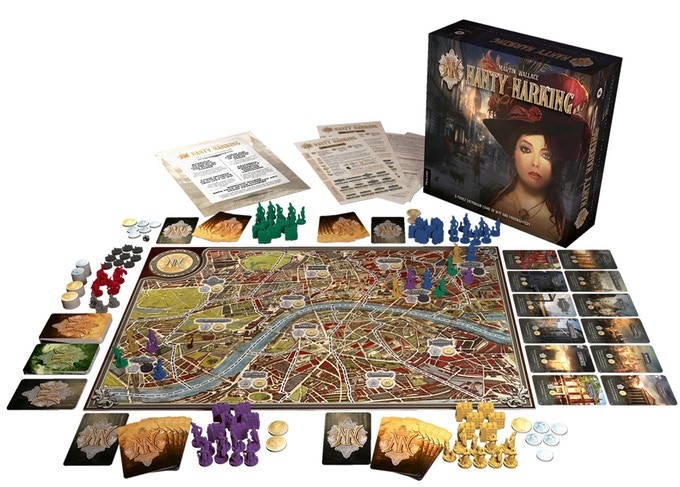 Nanty Narking is another story-driven board game on Kickstarter that focuses on puzzles and wit over stabbing your enemies. Based on a classic game by Martin Wallace, Nanty Narking tasks players with traveling across Victorian London as a wide range of historical personalities trying to solve the sudden and mysterious death of a young woman named Lenore. This new version by PHALANX features refined gameplay and tons of new artwork and components befitting its new setting. You can grab a copy for £60/$78. 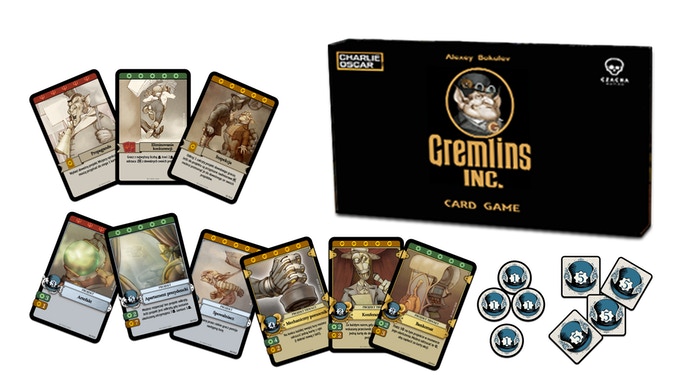 Finally, we come to Gremlins, Inc., a physical card game adaptation of the popular digital board game of the same name. Set in a dirty steampunk world, each player controls an exceptionally greedy hyper-capitalist gremlin that will stop at nothing to become filthy rich. Exploit legal loopholes, steal, and sabotage the competition to become the wealthiest and most corrupt gremlin in the city. Pledges start at $28.

Author: Frank Streva
Frank is an avid gamer and aspiring game designer. His specialty is the crowdfunding tabletop gaming industry centered around Kickstarter. Frank has written for Indie Game Source and began writing for Bell of Lost Souls in 2015.
Advertisement
Board Games Card Games Kickstarter
Advertisement 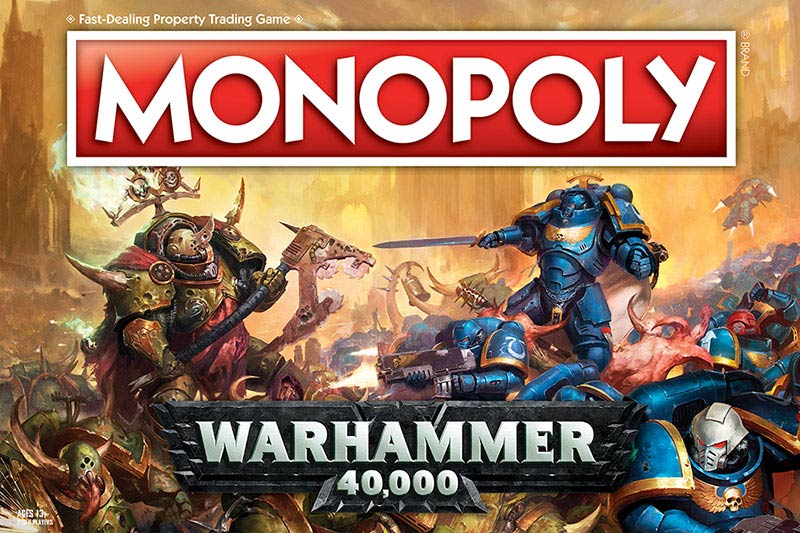