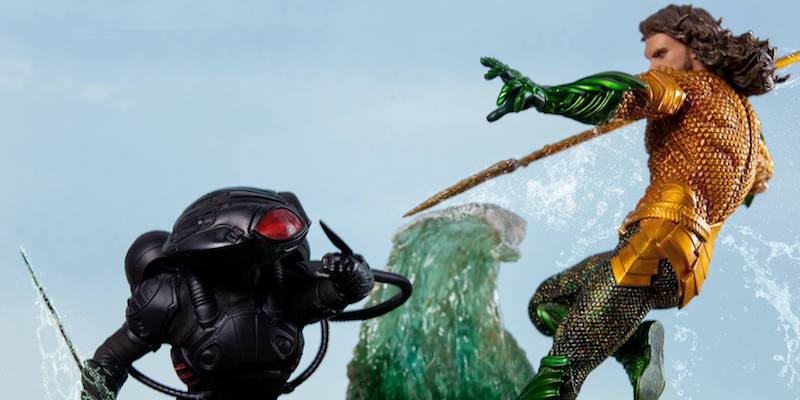 These two statues interlock and create a diorama of the reluctant king and the ruthless treasure hunter facing off in the ocean’s powerful waves.

Black Manta embodies everything that the Atlanteans dislike and fear about humans – he’s a pirate that will kill and destroy to get what he’s after. He also holds a hefty grudge against Aquaman, and try to destroy Atlantis as long as the half-human, half-Atlantean is alive. These new statues from Iron Studios showcases the two fighting above the waves.

The pair will be shipped during the second half of next year. The movie will be out this December. 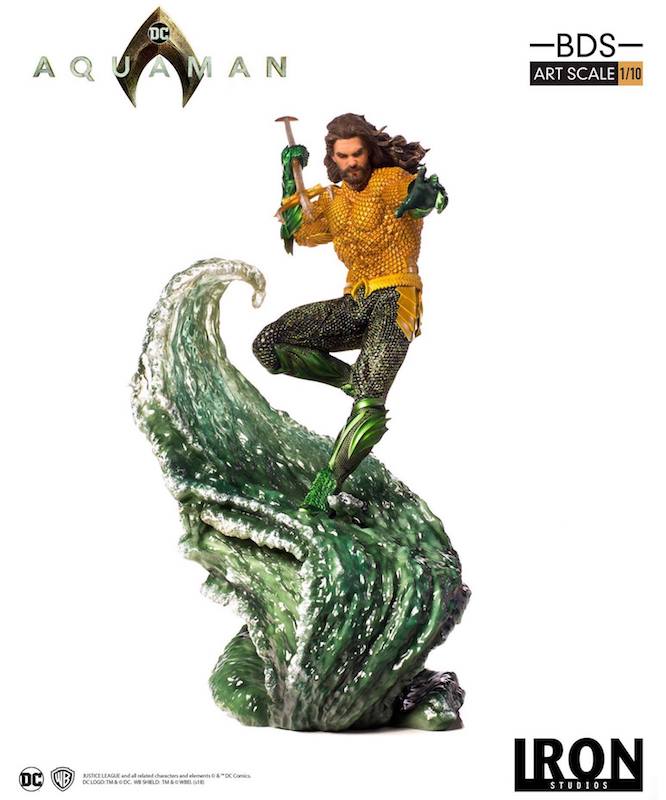 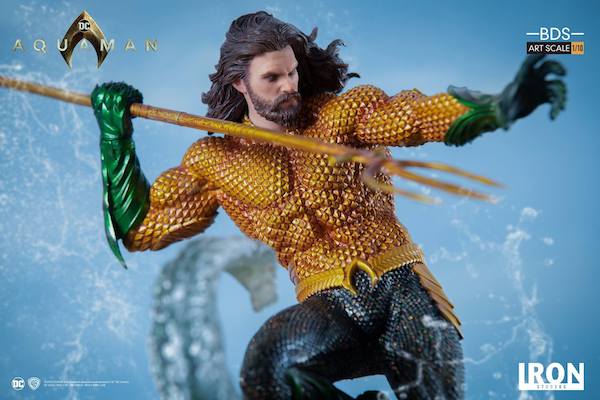 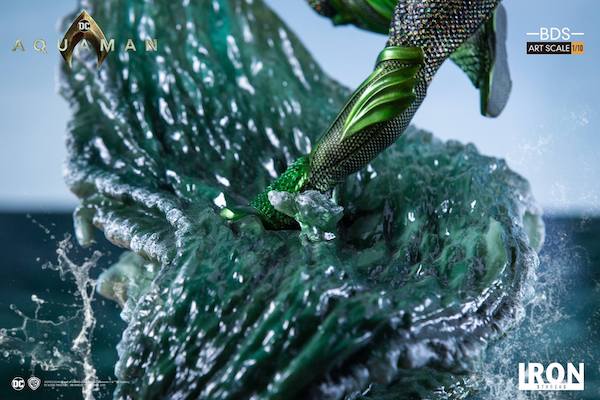 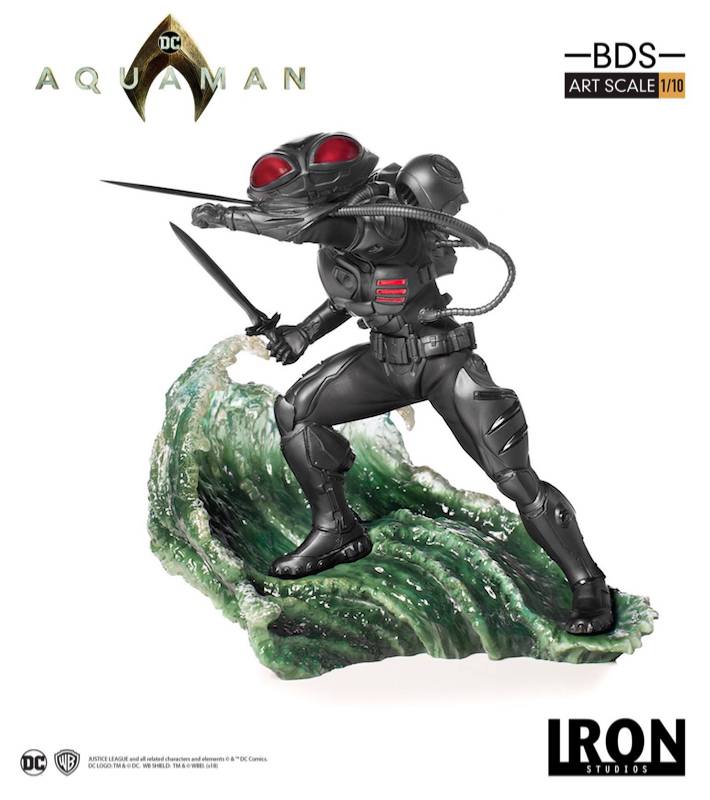 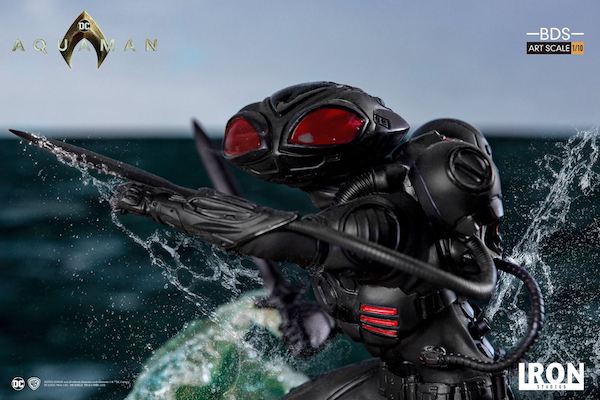 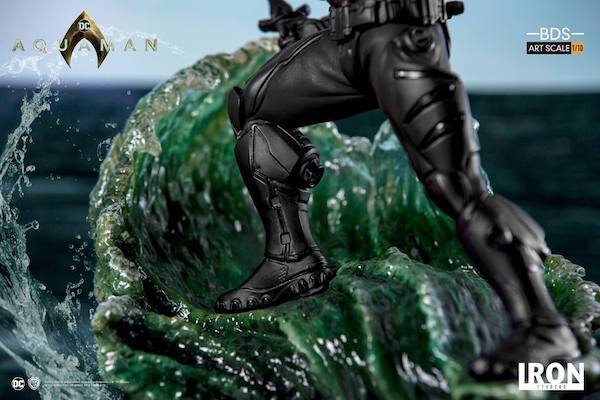 Author: Mars Garrett
Pop culture staff writer that has been on the BoLS team since 2010. Contributor on the One of Us podcast. Marvel, Vertigo, Batman, and dystopian sci-fi fan. Enjoys bad movies, amazing stunt performances, and the internet. Hates rom-coms. (she/they)
Advertisement
Marvel-DC DO NOT USE Movies and TV Toys
Advertisement

ToyLand: This Batman Fig from Revoltech is All About Drama 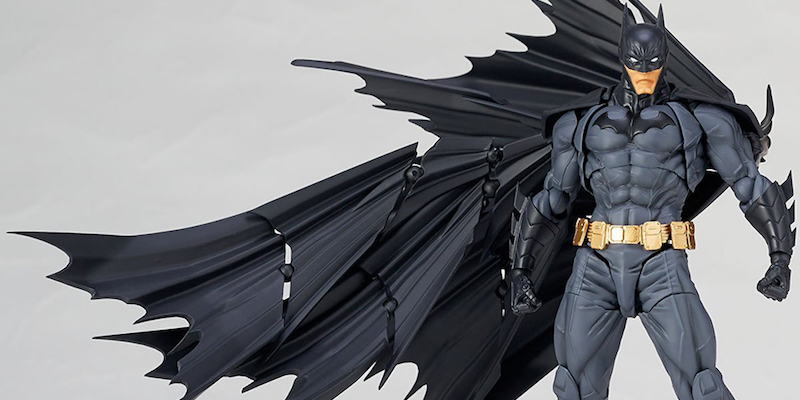