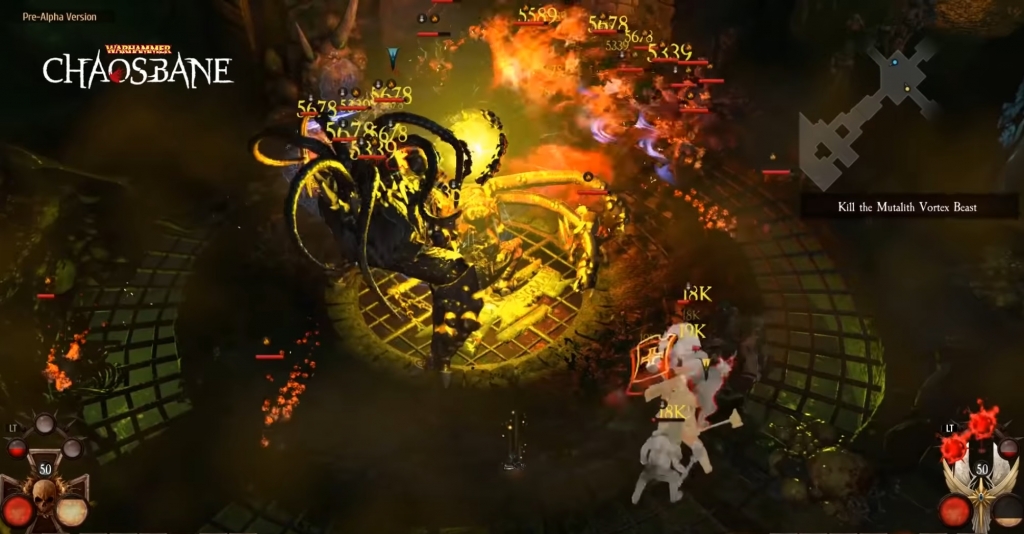 Come step into an Empire that’s just beaten back Chaos from its doorstep. Now, lurking in hidden warrens and ruined temples the servants of the Ruinous Powers linger, waiting to sprrad corruption once more. So it falls to our champions to take up arms against Chaos and become its Bane.

You’ll find developer commentary accompanying the video, showcasing the Imperial Captain–a melee-focused class capable of carrying out powerful attacks and providing close-ranged support. We also get a look at one of the other classes, the Elven Mage, who joins via local co-op to take down the powerful and terrifying Mutalith Vortex beast. All while increasingly large numbers pop up over the heads of various Chaos daemons who happen to be caught in the path.

There’s some solid gameplay on display here. Nothing world-shatteringly-new, they don’t go haring off into the unknown–we see a melee and a ranged character, and yeah the wizard is not the best in melee–this isn’t exactly new ground, but we’d be weirded out if those things weren’t present. “What do you mean I can’t pick up a sword and wade into battle against Chaos, supported by the ranged spells of my friend whom I have suckered into thinking ranged characters are honorable?” you’d ask, and rightly so. But though the game looks familiar there’s a lot of room to play around with nuance in the genre. We know already that characters will have a lot more direct control–you’re not just pressing a button to deliver an area attack–wizards are capable of steering and redirecting their spells on the fly, fighter types are said to have more control over their combos which says to me, hey let’s have more flow when mashing those attack buttons.

Also local co-op is the sport of kings. And to see it included and mentioned so casually is a little thrilling. I think Game Developers are realizing that, while getting obscenities screamed at you by 13-23 year-olds is a pretty singular experience, they’re plumbed those depths and are returning us to the days when you can punch your friend in the arm for looting that epic item when you had CLEARLY already called dibs. 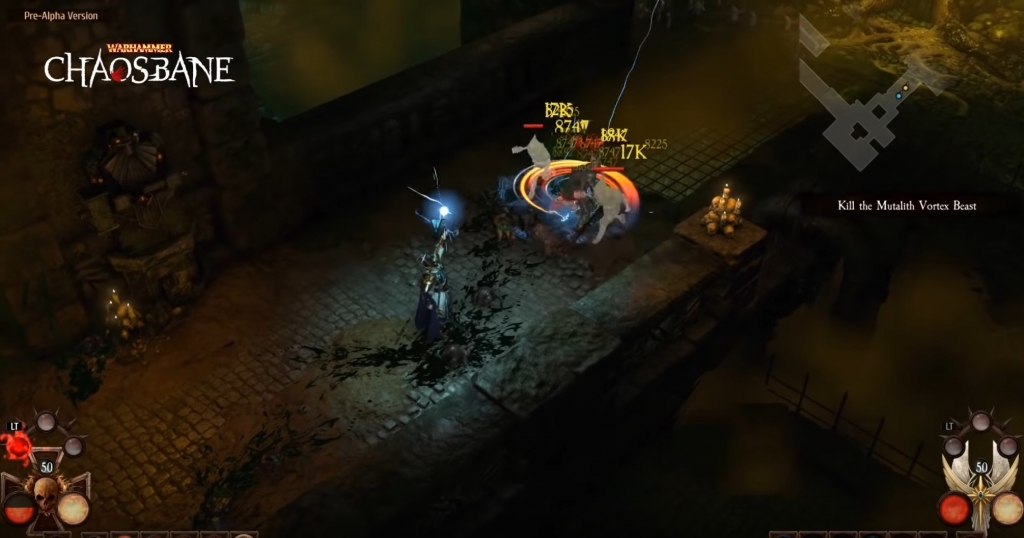 At any rate, Chaosbane looks like it’ll be a lot of fun, so dig in folks and stay tuned for more news, footage, and cool Chaos-fighting stuff as it drops.

“What do you mean ranged characters are the bastion of cowards?”

Star Wars: Legion - Scouting Ahead With The Scout Troopers