Warlord: Beyond The Gates Of Antares, The Boromite Rock Brood Await

The Boromite Rock Brood are six-legged mining ‘dogs’ who will soon be reinforcing an army fighting Beyond the Gates of Antares near you.

Get ready to go Beyond The Gates Of Antares with the Boromite Rock Brood–a bunch of six-legged creatures who are voracious eaters and will bore their way through solid stone if given half a chance. Check out what these critters can do for you, if you take your fighting Beyond the Gates of Antares.

Lavamites or ‘rock dogs’ are six-legged creatures whose outer shells are formed of thick, silicate plates. They are used in Boromite mining operations to explore for minerals. However, by feeding hatchlings upon especially digestible rocks it is possible to augment their abilities somewhat. 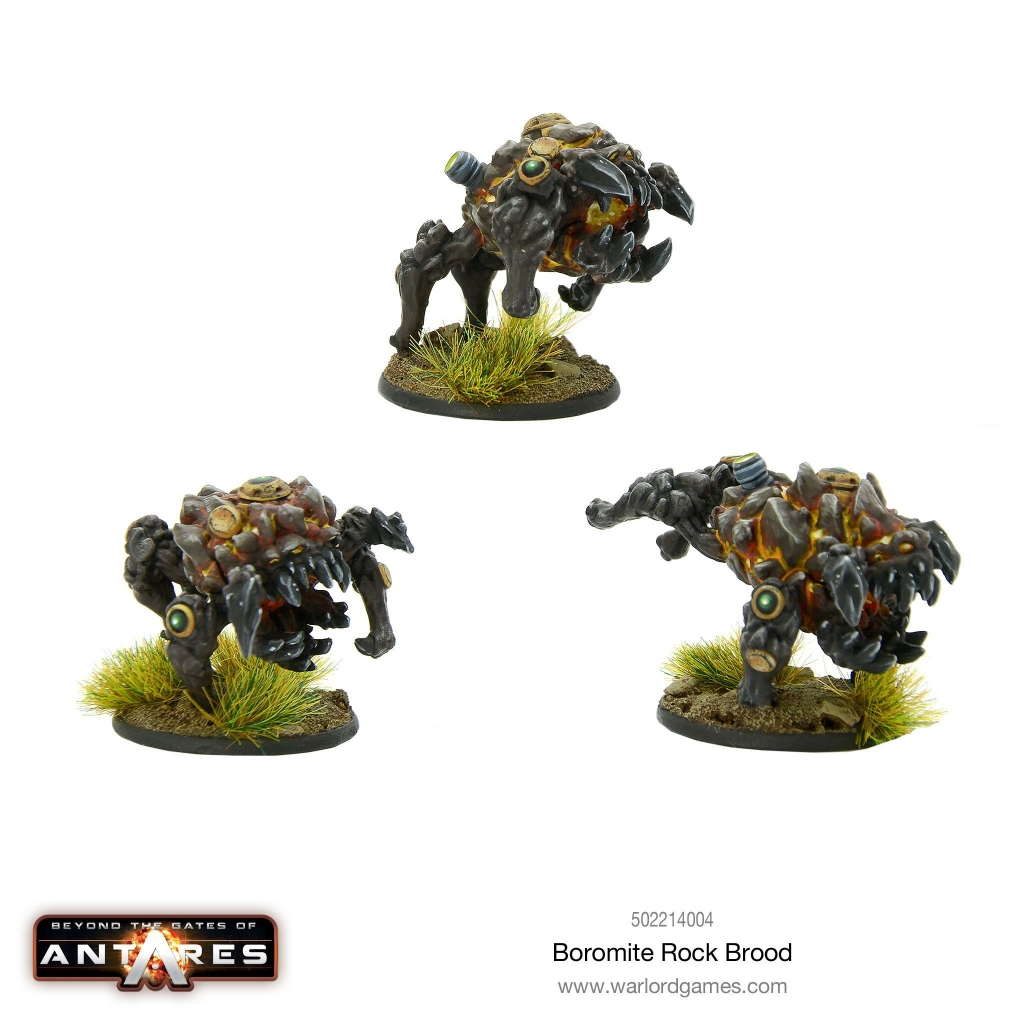 These fine examples of their kind are known as Rock Brood. Boromite handlers take great pride in such creatures, competing to produce beasts of prodigious size, different colours, and endearing temperament. Rock brood are also faster than the usual kind of beast and sometimes handlers resort to riding a suspensor platform to keep up!

What do you think of these little rock dogs? Are they actually good, or are they all style, no substance. Find out Beyond the Gates of Antares…