This week, our friends at Firelock Games announced the date of their Oak and Iron Kickstarter Campaign. That date is November 7th, 2018. This game is a 1/600th naval miniatures game set during the Age of Piracy.

You may remember, that we already posted a preview article about this game on Bell of Lost Souls. Today, we have some more preview images from the game, including one that is an exclusive to us. This is going to be a pretty game once it is released.

Firelock Games is proud to announce our latest game, Oak & Iron, coming to Kickstarter November 7th. Enlist for updates at the link below!

Oak & Iron is a 1/600th scale naval game set in the age of piracy, imperial expansion, and above all, fighting sail. It allows players to recreate battles between small fleets and squadrons of armed sailing ships. The game is designed to be simple and intuitive while also challenging players by providing significant tactical depth, being true to the theme and tactics of the period, and supplying significant flavor for the various factions represented in the game.

A number of pictures exist of the guys at Firelock games play-testing this new game and I know that they have a group testing these rules out now. This means that the rules for the game are well underway. This is not the same case with all miniatures games.

The design on the their models is also looking pretty good. Below are a couple of the pre-prototype ships with sample cards, dice, tokens and measuring sticks from the game. 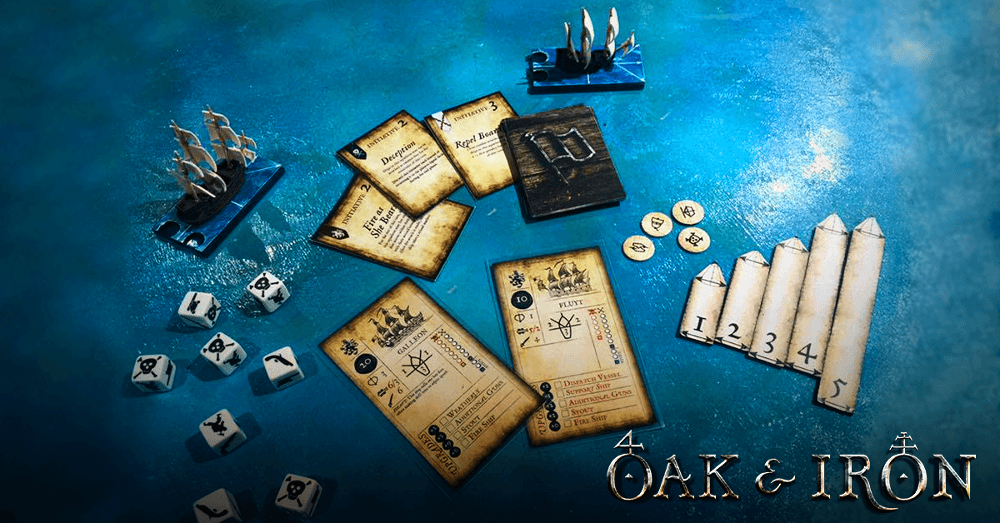 Above is the demo preview items from Oak & Iron. The ships here are not the final product, but some fairly nice early pre-prototype models. That said, the miniatures above look pretty serviceable as they are.

While this image above looks like a pleasing start, they guys at Firelock Games also sent me an image of their prototype ships. Check these guys out. Beautiful! Now imagine them on clear bases. Firelock games is a company that really knows how to take care of the aesthetics of a game. 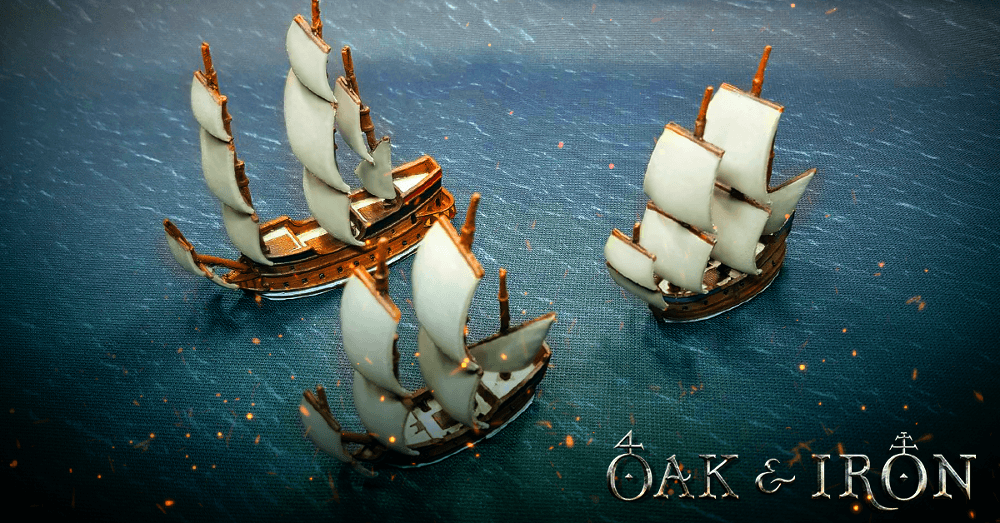 Check out these prototype ships for Oak & Iron. Simply stunning!

One nice thing about seeing these images and knowing that the rules are well underway is that it helps give confidence that they will be able to deliver a fine Kickstarter product.

So far, I am liking the artwork and previews that they have released.

In this post, we managed to get an exclusive picture of one of the model renderings from the upcoming Kickstarter Campaign. Thank you Firelock Games for sending this along. What we have here is a rendering of a Fifth-Rate Ship. Looks pretty cool to me! 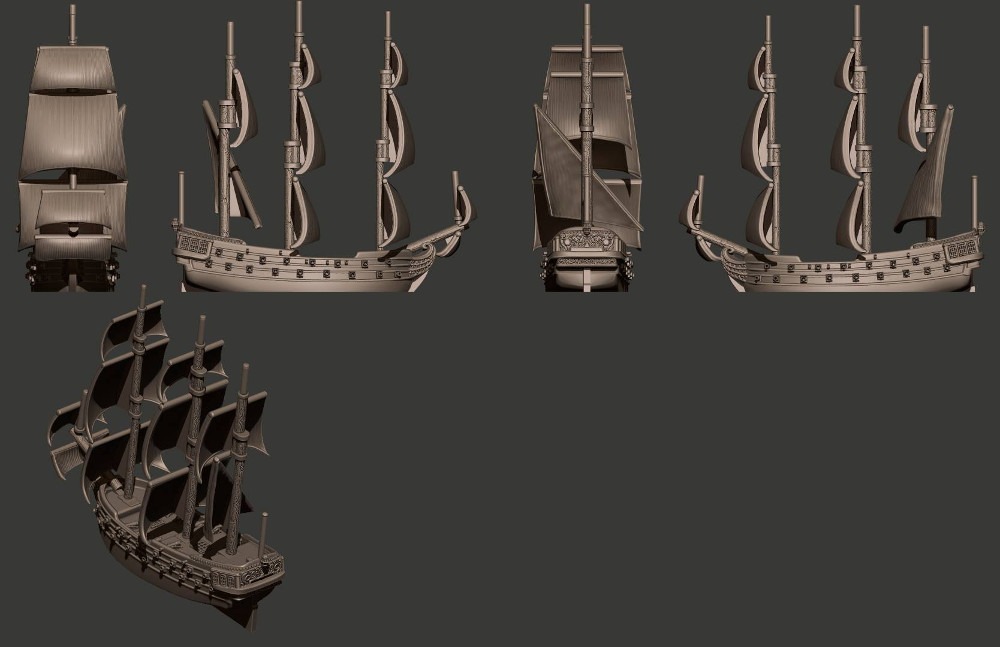 A fifth-rate ship rendering for Oak & Iron. Thank you Firelock Games for sending this image along.

Hopefully you liked our second preview for Oak & Iron by Firelock Games. Remember, it hits Kickstarter on November 7th, 2018, so if you like what you see here, be sure to head over there later. The campaign starts exactly one month from today!

Remember, if you like the stories that I write for Bell of Lost Souls, be sure to check out my own website (Must Contain Minis), or maybe try to make it out to one of the two events below. I might see you there.  🙂

SkyCon is an up and coming gaming convention in Kitchener, Ontario. They feature many RPGs and Board Games to choose from. They also have a number of Miniatures Tournaments on the books including ones for Maulifaux, Guild Ball, Blood Bowl, Dark Age, and Infinity. I plan to be at this event and can likely be found taking pictures or testing out one of the RPGs or Board Games (with minis in them). I recently wrote a promotional piece for this event on Must Contain Minis.

Council Fires is is one of my favorite gaming events. This year it is in a new location closer to the American Boarder for my friends in New York that would like to come up for some games. I plan to be in attendance at this event and running an introductory game of Bolt Action. 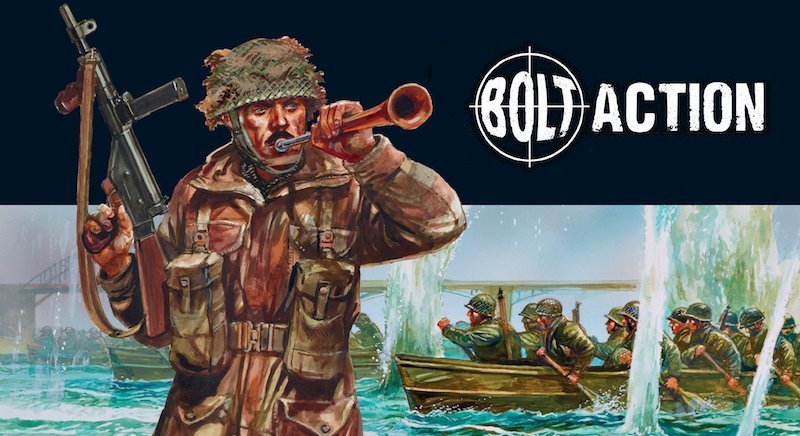