Today we have a look at the new Legendary Bahadur expansion for Aristeia. With four new characters, a new status, and a host of other changes, Aristeia is about to see the return of its greatest champions.

The newest expansion for Aristeia, Legendary Bahadurs, takes us deeper into the MOBA/Brawler-inspired world of Aristeia, with a look at some of the hit gameshow/combat sport’s greatest Champions. There are four new characters who add new playstyles to the game. Let’s take a look at the new heroes, each of whom is a champion of the Game. 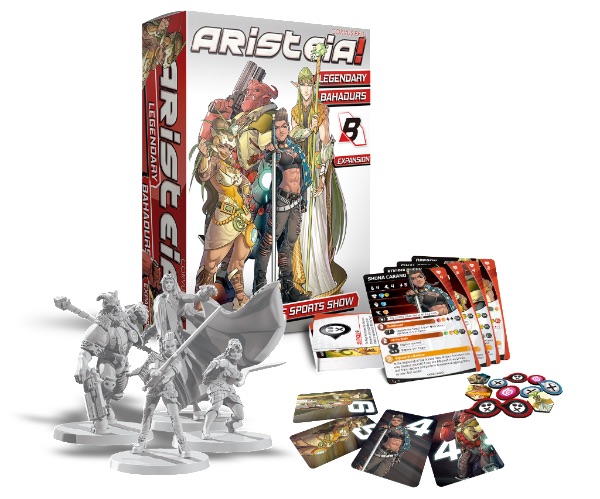 This expansion sees the return of four of the greatest Bahadurs–or Aristeia Champions–to the HexaDome. As the story goes, commentator and five-time champion Final Boss has decided to step back into the arena, bringing with him three other champions. You can see the lot of them gathered there, Final Boss who works as a brawler and off-tank, Shona Carano, a melee/close-combat specialist, Koorie Queen, a dive-hero great at hunting down the enemy backline, and Oberon, a powerful support debuffer. 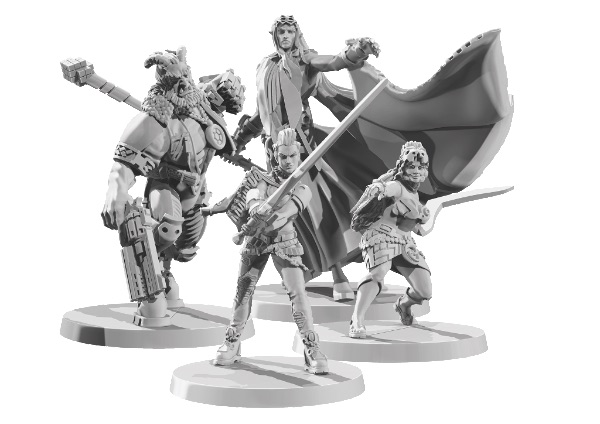 Each of the new characters (with the exception of Oberon) is a great damage dealer, though they have their own method of dishing out punishment and ensuring they’re around to score when the time comes. 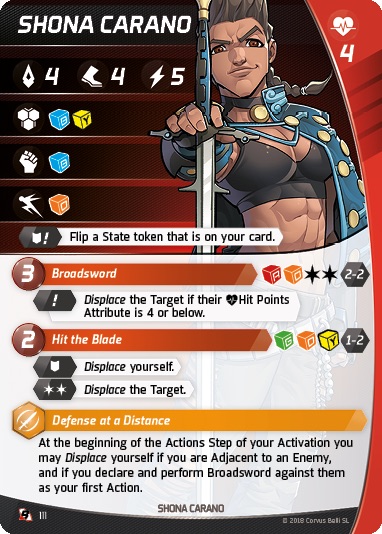 It needs to be said that it was Shona Carano who converted Aristeia! into what it is today. Before Aristeia!, there was Yajuveda and a fighting program where the synthetics fought to the death. Shona snuck onto the program with her sword and began to fight, leaving no one alive. That changed everything, the audience dramatically increased and humans were finally allowed to fight in the program. That would be the seed of Aristeia!. She became a legend, but she didn’t have the chance to win the title of Bahadur. Now, that’s her only goal.

Her free actions and movement make her surprisingly agile, and Hit the Blade makes her very resilient when she faces down another brawler, but only if you’ve got the dice for it. 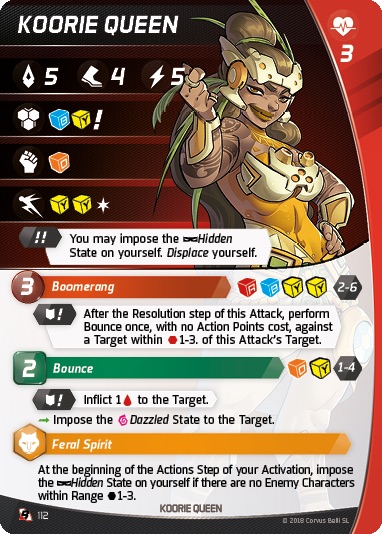 Koorie Queenis an indisputable interplanetary music star, though her career actually began with her participation in the most extreme reality sport on Maya. Though hailing from PanOceania, she was born on Earth, and she knew that her voice would take her far but she refused to let it to be the only attribute that defined her. She appeared on several television programs and trained hard, learning combat techniques. Finally, she signed on for the most exciting sports show in the Human Sphere: Aristeia! She has the honor of being the first Bahadur in the history of the program. 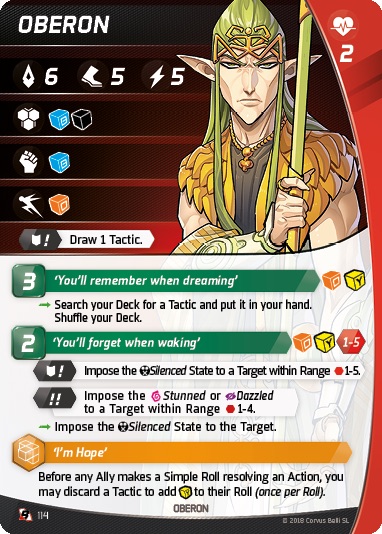 Oberon is a geist, a sophisticated personal compact wrist computer that allows a continuous link to Maya and the local data network. In the thirteenth season of Aristeia!, hackers made their appearance in Vissiorama’s show. Worried that they could use their access to the system on their own profile, Vissiorama entrusted the company Aigletech to create a supportive body geist to control the cyberwarriors. Although, it later proved that Oberon’s services weren’t needed anymore. The last Oberon remained in the Final Boss team, which made him achieve the title of Bahadur in group mode. Now he’s back, updated and ready to win.

Silenced is a pretty wicked debuff:

As with every Aristeia! expansion, Legendary Bahadurs includes the four pre-assembled high-quality plastic miniatures —Corvus Belli seal—, 4 Character cards, 4 Initiative cards, 16 Tactical cards and 3 cards explaining the new rules and the markers you’ll need in order to play this expansion. A total of 96 cards in each box, including a copy in the players’ language: Spanish, English, German and French.

Good luck in the HexaDome, fighters!