RETRO: ‘X-Men Alert!’ Is a Hidden Gem Worth Checking Out 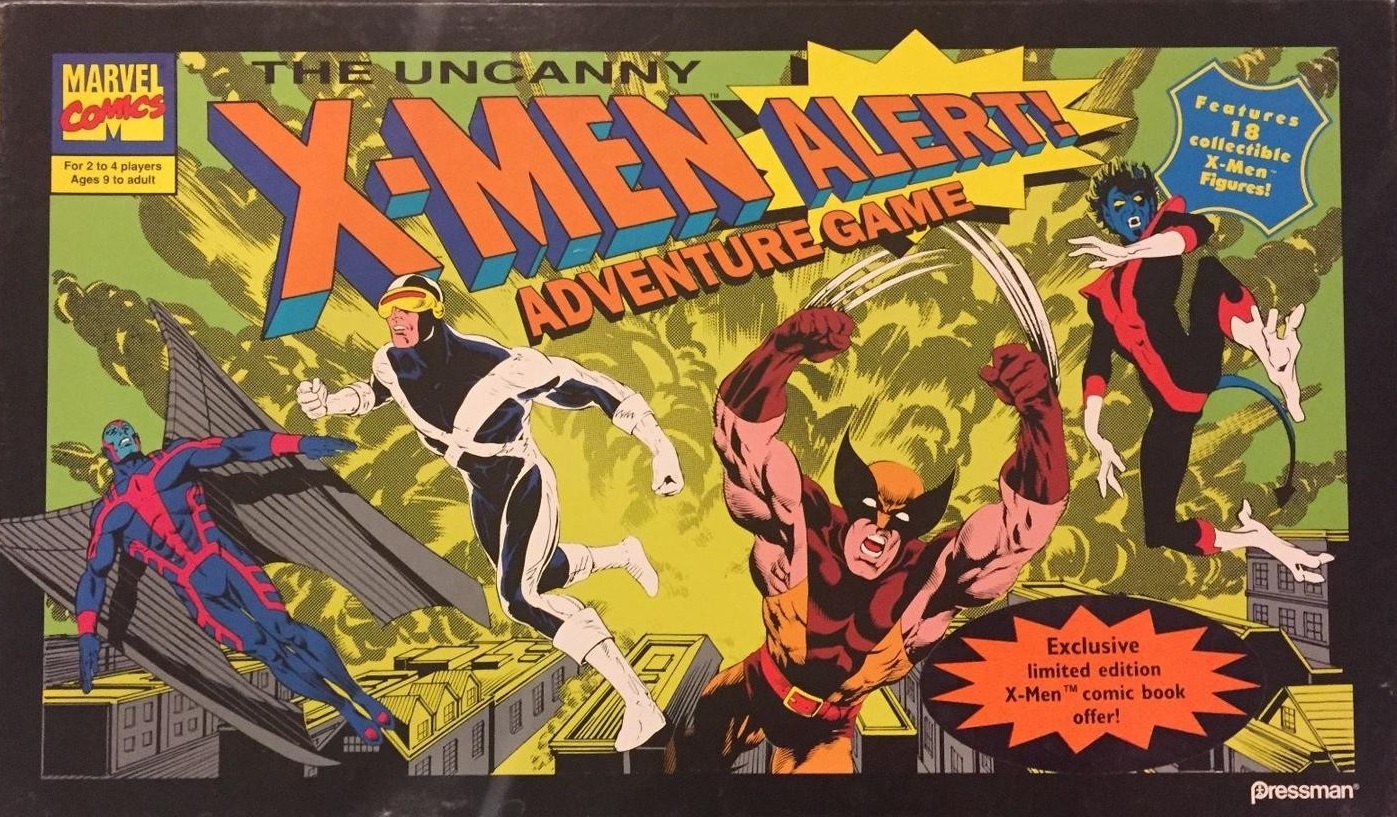 While most of the X-Men movies are pretty good, we can all agree the 90’s X-Men animated series was peak X-Men. But how’s the officially licensed board game stand up?

The year of 1992 was a big time for X-Men. Not only did the X-Men: The Animated Series debut in October of that year, but they also had a board game release. Which in the early 90’s was proof you had made it big. Only the biggest stars got board games in that day and age. 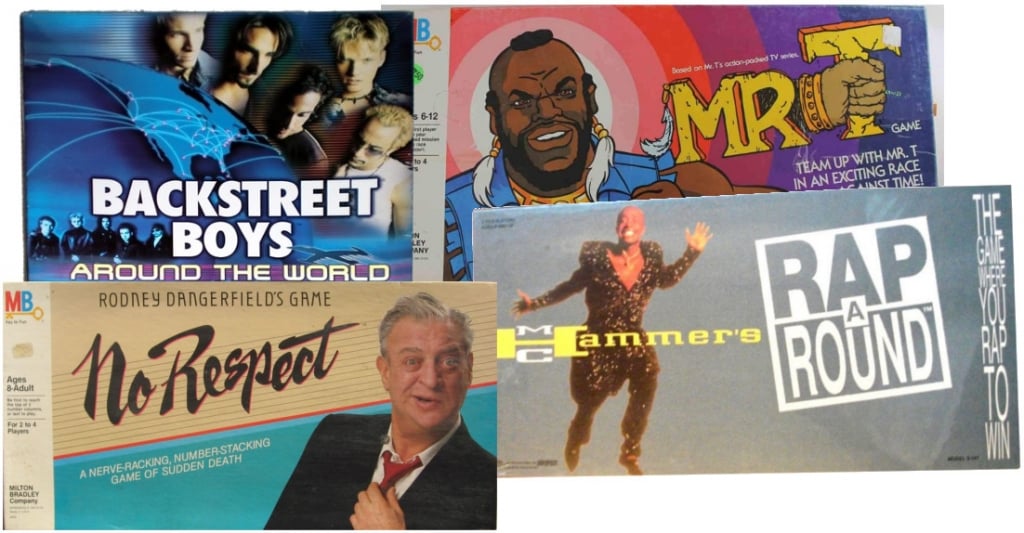 So much material for Board Game Retro articles……

The show was new and exciting and unlike any other animated series on air at the time. Sure, some anime had made its way over here, but it wasn’t really until Dragon Ball Z in ’96 that cartoons with a serious tone hit the mainstream. Up until that point, animated shows were reserved for anvils falling on someone’s head and questionably applicable gravity. 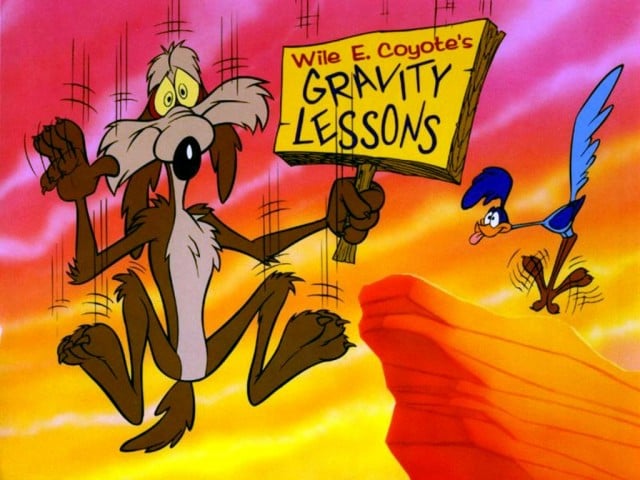 So, it’s no big surprise that Marvel wanted to make sure their new foray into what was essentially a brand new genre of television went over well. And what better way to do that than with multi-platform enterprising?! So, they took it upon themselves to design a board game and worked with Pressman Toys for publishing.

X-Men Alert is a competitive dice rolling game with some minor resource management mechanics. The goal is to be the first team to gain the 24 Experience required to make it around the Experience Track. Experience is gained from defeating and capturing evil mutants. 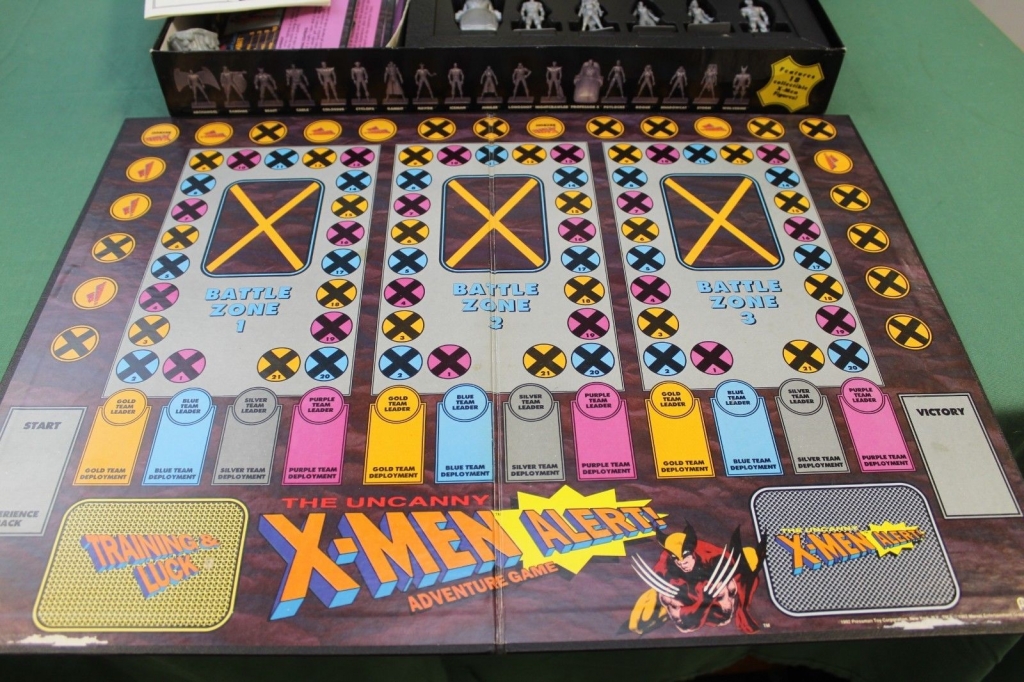 Each player controls a team of X-Men who will recruit good mutants and battle evil ones. Each player begins the game by taking 2 of the possible 18 playable mutant character cards to form their team.

Each X-Man has several stats and unique abilities. Fighting Skill is used while fighting evil mutants, Durability is how many hits they can take before having to retreat, Intelligence is used for recruiting and Total Power is a sum of the other stats and is used to determine the difficulty of recruitment. 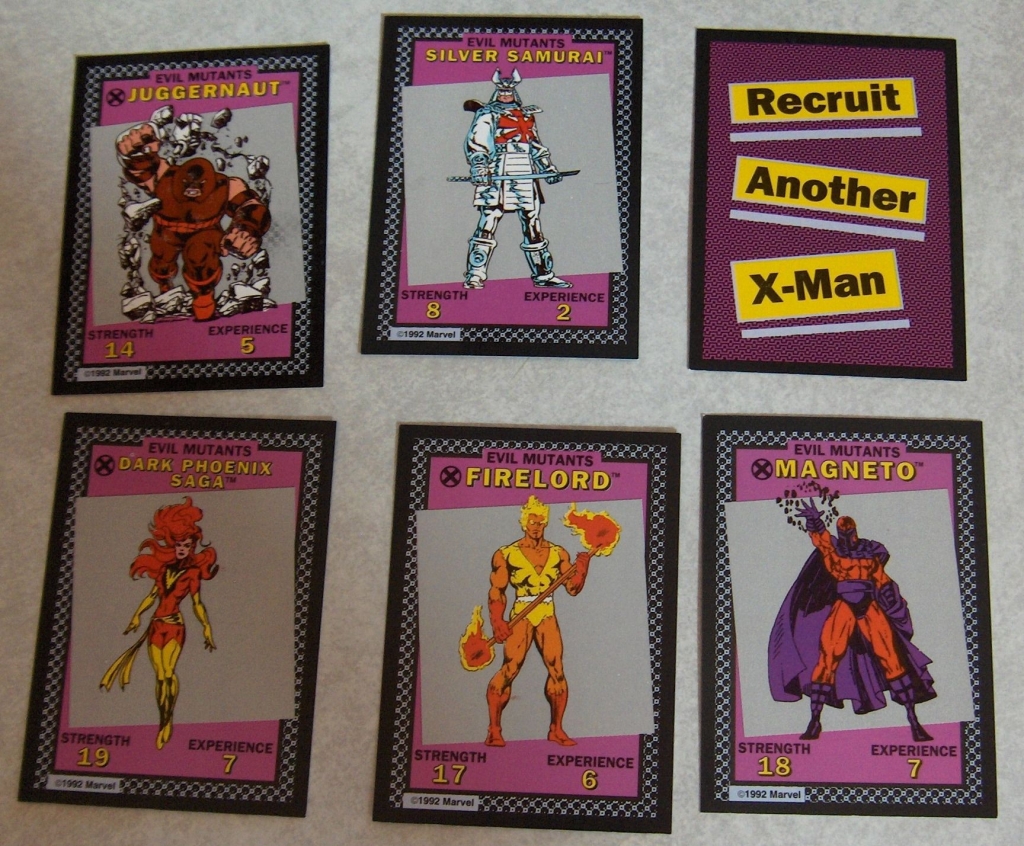 On each player’s turn, they will decide where each of their mutants will go, either to Headquarters (where they begin) or to one of the 3 Battle Zones. To show where each mutant is X-Men Alert gives the players shockingly high quality (for 1992) X-Men miniatures to show their locations. 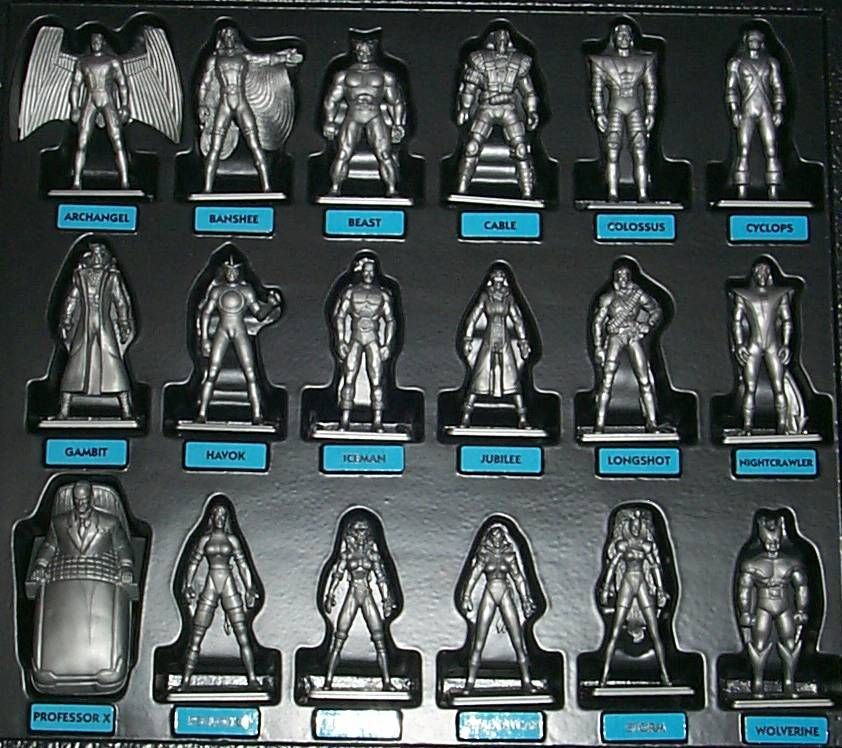 Because I can read your mind, I’ll tell you. The bottom row is Prof. X, Psylocke, Rogue, Shadowcat, Storm, Wolverine.

Battles and recruiting function very similarly. The team members at the battle zone roll a number of the custom dice equal to either their Fighting Skill or their Intelligence. Each die has two faces which read ‘X-Men 1’, one face which reads ‘Marvel 2’, one side which reads ‘Evil Mutant 1’ and two blank sides. 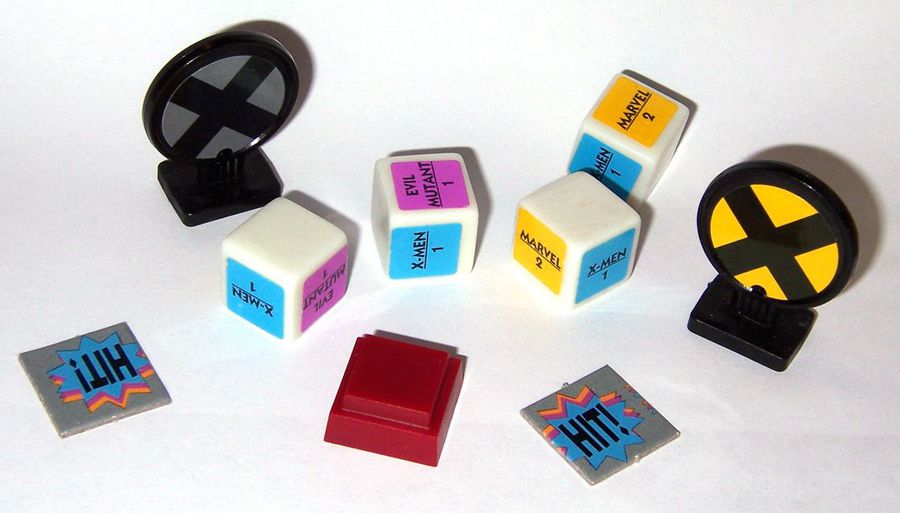 The X-Men and Marvel faces are good and move the active character along the Battle Zone track that many spaces. The battle/recruitment will occur over several turns, but as soon as the active character reaches their goal, they defeat the villain or recruit the mutant. However, along the way, each roll of Evil Mutant deals the active character 1 Hit. If a character takes as many Hits as their Durability, they are forced to retreat to headquarters and lose all progress made in that contest. However, if there is another mutant from the same team at that battle zone, they are able to jump in and take over, preventing loss of progress.

Each mutant recruited joins your team and can be used to further your goals. That goal being to defeat evil mutants. Each time one such mutant is defeated, that team gains Experience and moves their token around the Experience Track. If the marker lands on a Training & Luck space, they draw a Training & Luck Card, which are mostly useful and often single use abilities to aid them along their way. 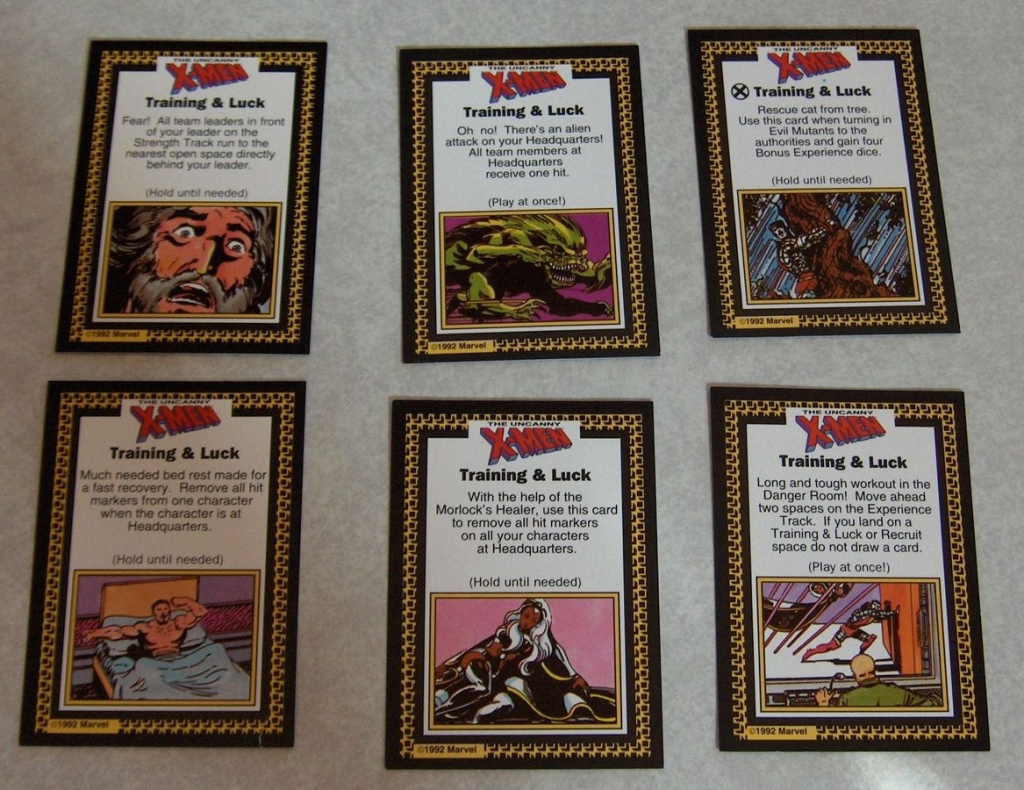 The first player to gain 24 Experience wins the game!

Overall, X-Men Alert is still a ‘roll the dice and hope you win’ game, but it offers far more options than other games in that pit of despair. The unique character abilities are a great touch in terms of gameplay but also thematic flavor. Each character really does play very differently and building a team which can work well with each other is a great strategy. Some characters have abilities which only function when they are working with others, which encourages building a proper team. 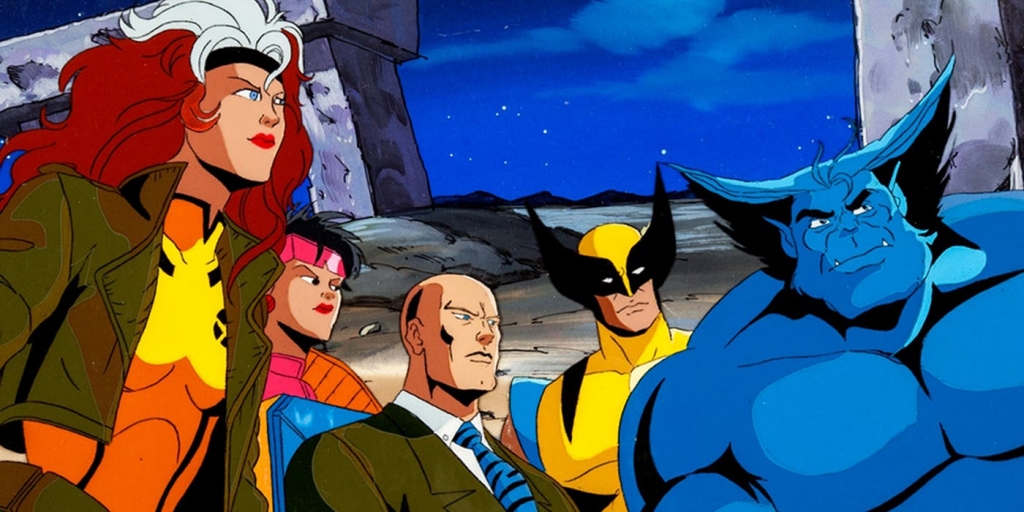 Moreover, each character is designed to a certain role. I love the idea of characters getting wounded and having to retreat since it offers a push your luck style of game, which I like. However, the dice you roll are both your source and cause of damage. A good example of this is Prof. X. He’s great at recruiting and combat with being able to roll 6 dice. However, he’s only got 2 Durability so getting him in the thick of combat is risky. But, he’s got an ability which specifically benefits the whole team if he just waits at the Headquarters.

Overall, X-Men Alert is a super solid game. Pick up a copy on eBay or fall into my new favorite thing and grab a copy on Tabletop Simulator.

I never do these calls to action but let’s talk X-Men.
Who’re your favorite classic X-Men? I always loved Nightcrawler, Forge and Morph.

Author: Matt Sall
Matt has loved games of all kinds his whole life: board, video, war, roleplaying. He's worked as a writer for BoLS since 2017. He's worked as freelance editor for board game rulebooks and has designed many of his own games as well.
Advertisement
Board Games Editorials Retro Games Rules
Advertisement