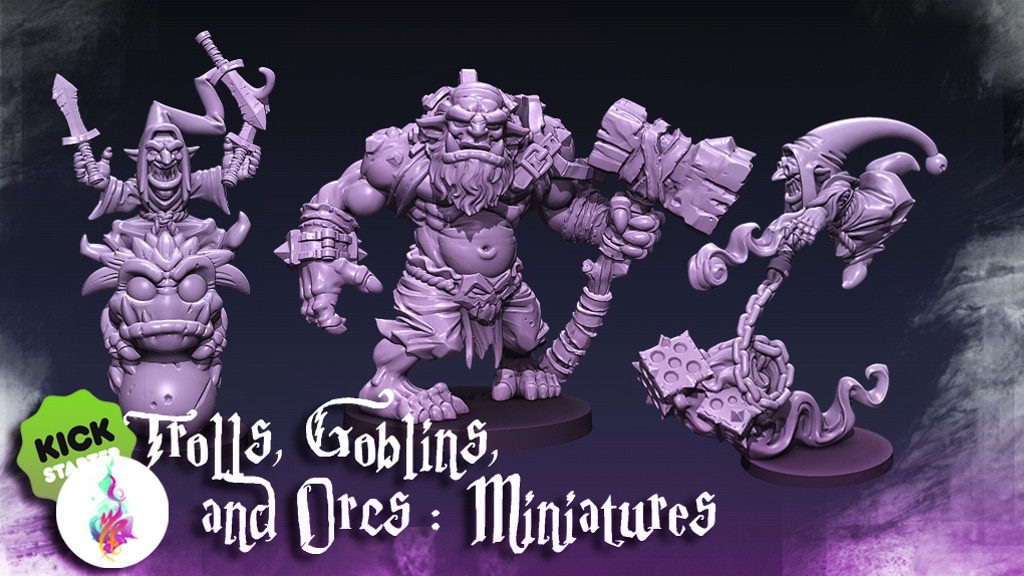 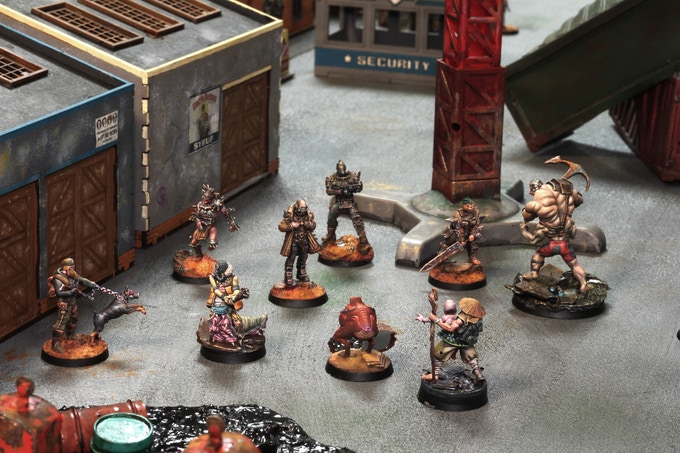 Punkapocalyptic is a 30mm post-apocalyptic skirmish game that has been around for a few years now, so maybe its about time it got a proper introduction set? That’s what Bad Roll Games is hoping to accomplish with this campaign, which will fund a two-player starter box featuring all-new models for the Gangers and Mutard factions. The starter box includes 11 models (including a Kickstarter exclusive freebie), a rulebook, some dice, and a few extras if they hit the relevant stretch goals for €80/$93. If neither of the starter box factions catch your eye then you can instead buy some of the other factions at a reduced price.

The Stygian Depths by AntiMatter Games 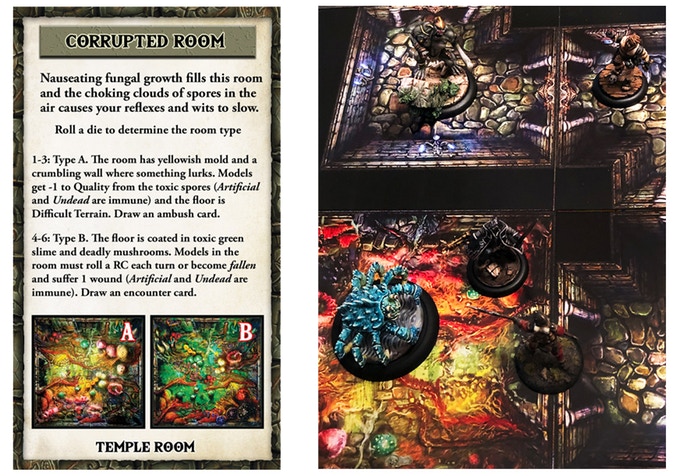 DeepWars and ShadowSea are two other games that have been quietly chugging along under a lot of people’s radars for years now, and developer AntiMatter Games has taken to Kickstarter with a fairly ambitious project to help new players get into their games and setting. The centerpiece of the campaign is The Stygian Depths- Lost Temple of Xibalba, a cooperative dungeon crawling board game that reuses all the miniatures from ShadowSea and some of the models from DeepWars. 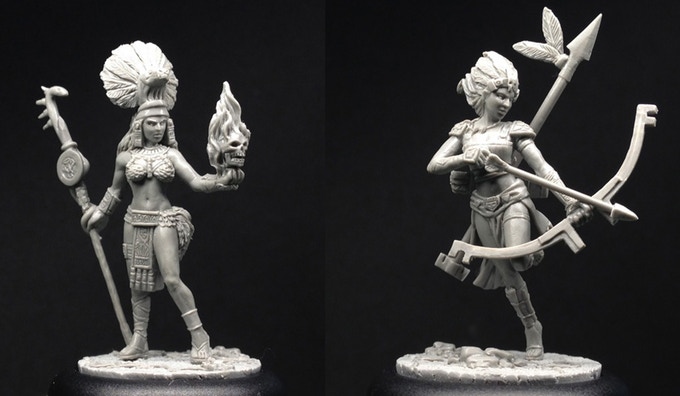 Speaking of which, they are also funding a two-player starter box for each of their skirmish games. Stretch goals include plenty of new models for all their game systems, including the massive Ancient Storm Dragon.

Trolls, Goblins, and Orcs by Motion In Poetry Games

This campaign by Motion In Poetry Games is about as self-explanatory as they come. The company wishes to fund a small line of resin goblin and troll miniatures, with orcs as a stretch goal. The campaign includes several goblin fanatics with chain flails, some goblins riding gribbly cave monsters, and a pair of trolls. You can get one of each model for £69/$90. 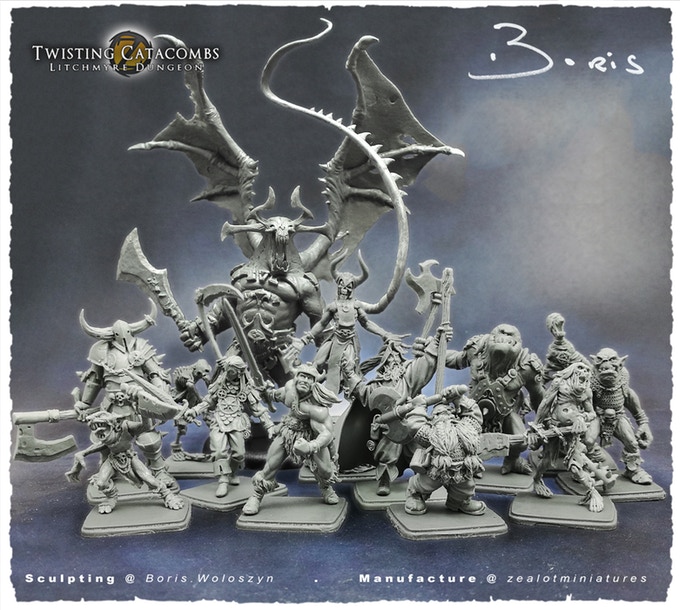 Zealot Miniatures is back with a new range of metal and resin miniatures sculpted by Boris Woloszyn. The line is meant to invoke the golden days of tabletop fantasy adventures, and features heroes, monsters, and dungeon-dwellers of all shapes and sizes. Each model comes in your choice of metal or two different resin formulas. You can get the full set of all 13 models in resin for £62/$81. 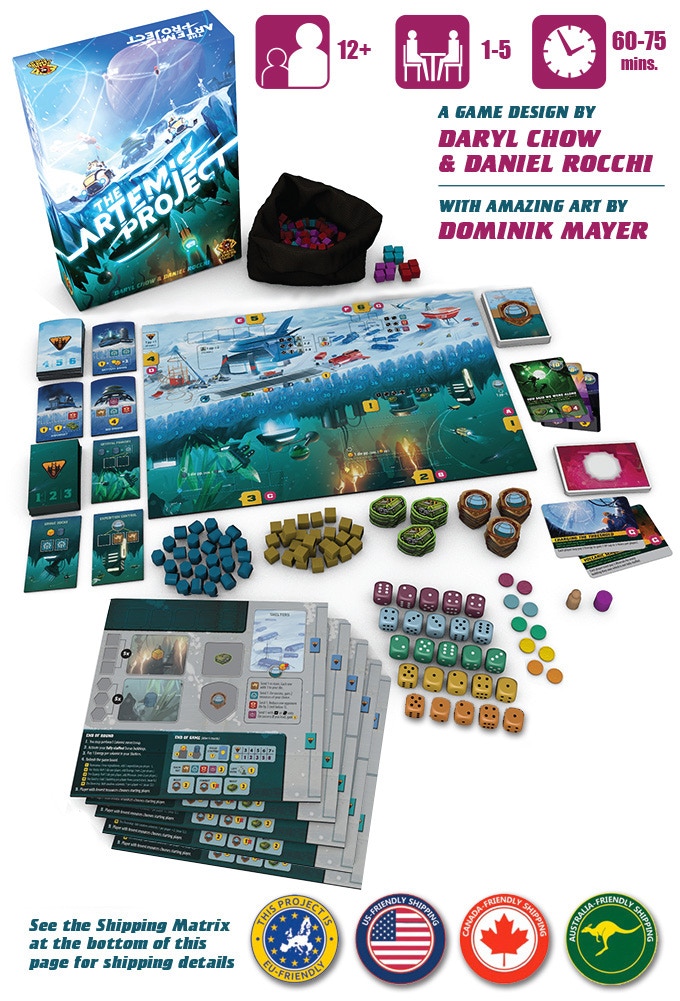 Finally, we come to a competitive dice placement engine building game by Grand Gamers Guild called The Artemis Project. After decades of terraforming, Europa, the frozen moon of Jupiter, has finally been made (slightly) survivable for human life. Each player is a pioneer from a different corporation competing to be elected head of the Europa colony, but first they must prove themselves by constructing outposts, successfully powering their facilities, and leading fruitful expeditions to the vast alien ocean beneath the moon’s frozen surface. Players begin a turn by rolling dice and allocating them to various facilities to gather resources and personnel using the Exposure system. Higher dice gather more resources at once, but lower dice gather first, forcing players to choose between guaranteed gains, or risky gambles. Pledges include a standard copy of the game for $55, or a Kickstarter exclusive edition for $65.