In this version, neutral countries begin the game as untouchable territories. However, throughout the game zombie infection will appear in those regions, making them not only available to be attacked, but a necessity. As the zombie infection increases, they will begin to spread and take over different territories. 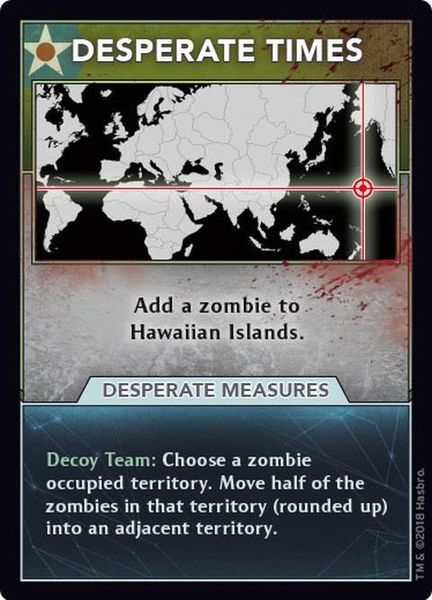 By guiding the zombies in the right direction, you can use them to your advantage. But, be careful. While the zombies may be useful in some cases, if the infestation ever reaches critical levels, the game will end. 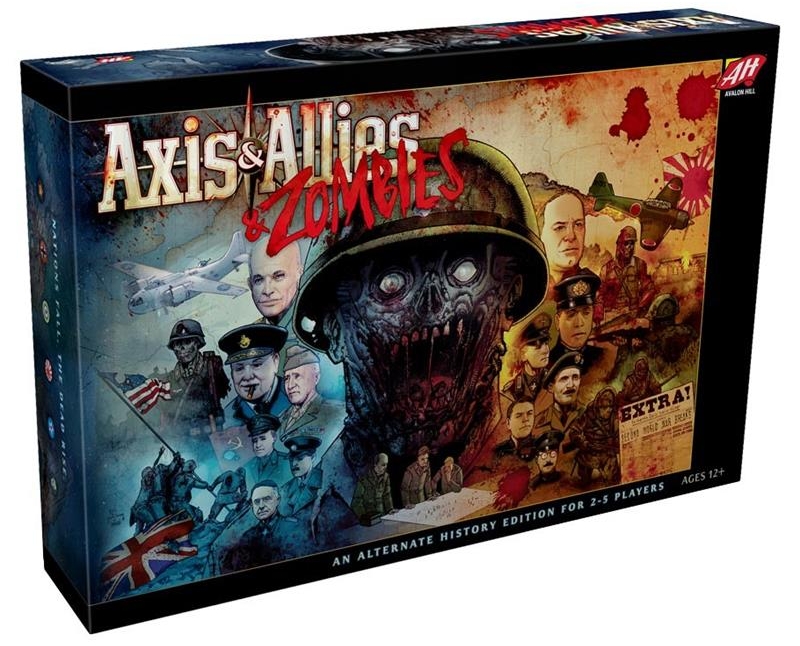 It is 1941, and the world is at war. The Axis war machine is crushing everything in its path, while the Allies are rallying together to mount a heroic stand.

And then zombies show up.

As the commander of one of the five major powers, you are charged with planning a strategy to win the war. But each battle provides more fresh corpses for the flesh-eating hordes, and the problem is getting out of hand. With your human enemies on one side, and the ravenous undead on the other, it is time to ask yourself, “Do I invest in tanks or chainsaw tanks?”