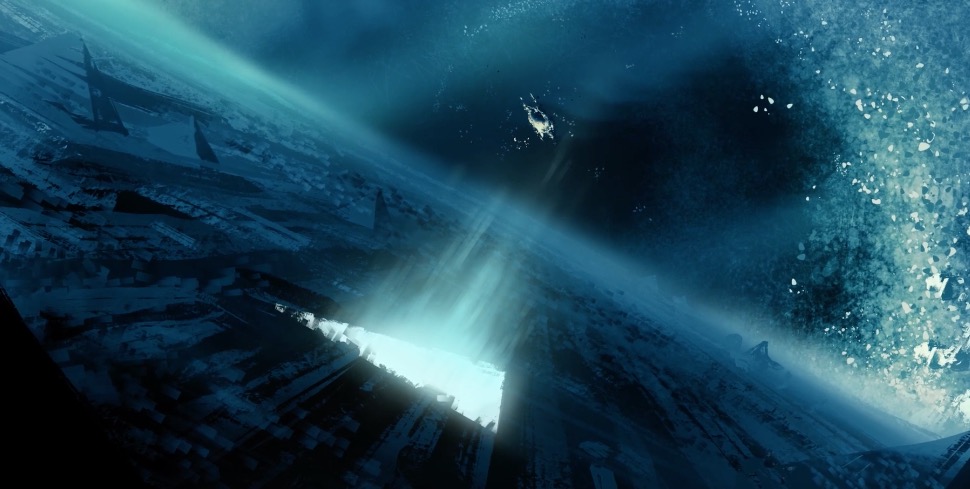 Your first expedition into Blackstone Fortress will be quite an experience. That’s because the layout of the “board” will be constantly shifting. You’ll get used to your surroundings just as they start to flicker and shift into something different. If you can’t think on your feet, you might end up as one of the new residents of the Blackstone Fortress instead of just a visitor.

Today, Games Workshop has some tips from the designer and artist of the tiles John Michelbach. His insights just might prove useful on your expedition. Pay close attention and his words just might save your team from a tight spot… 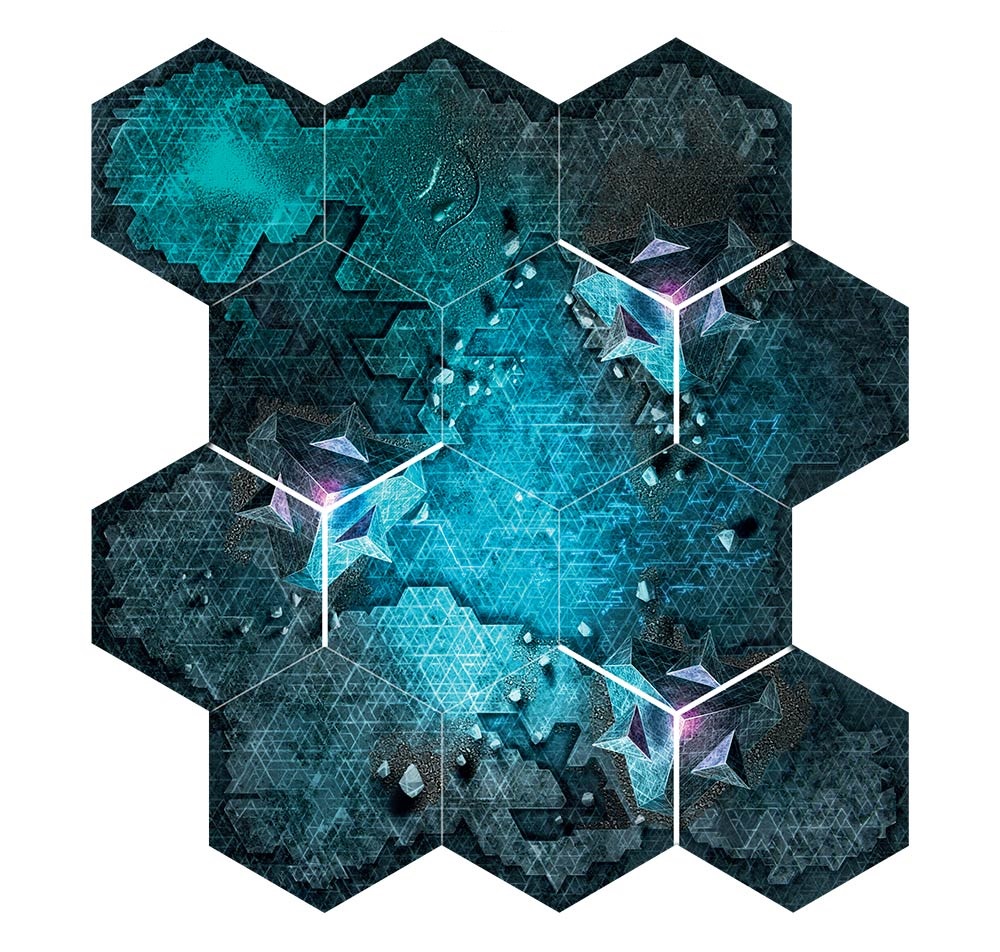 John: One of the first things you’ll notice is the triangular network that lines the floor and walls of many of the chambers. This effect mirrors the pyramidal shapes featured on the fortress’ exterior as well as the Spindle Drones that swarm around its interior like antibodies. Whether this network acts as some form of organic circuitry or is merely a form of rock striation more akin to a crystal or chunks of obsidian is all part of the mystery. 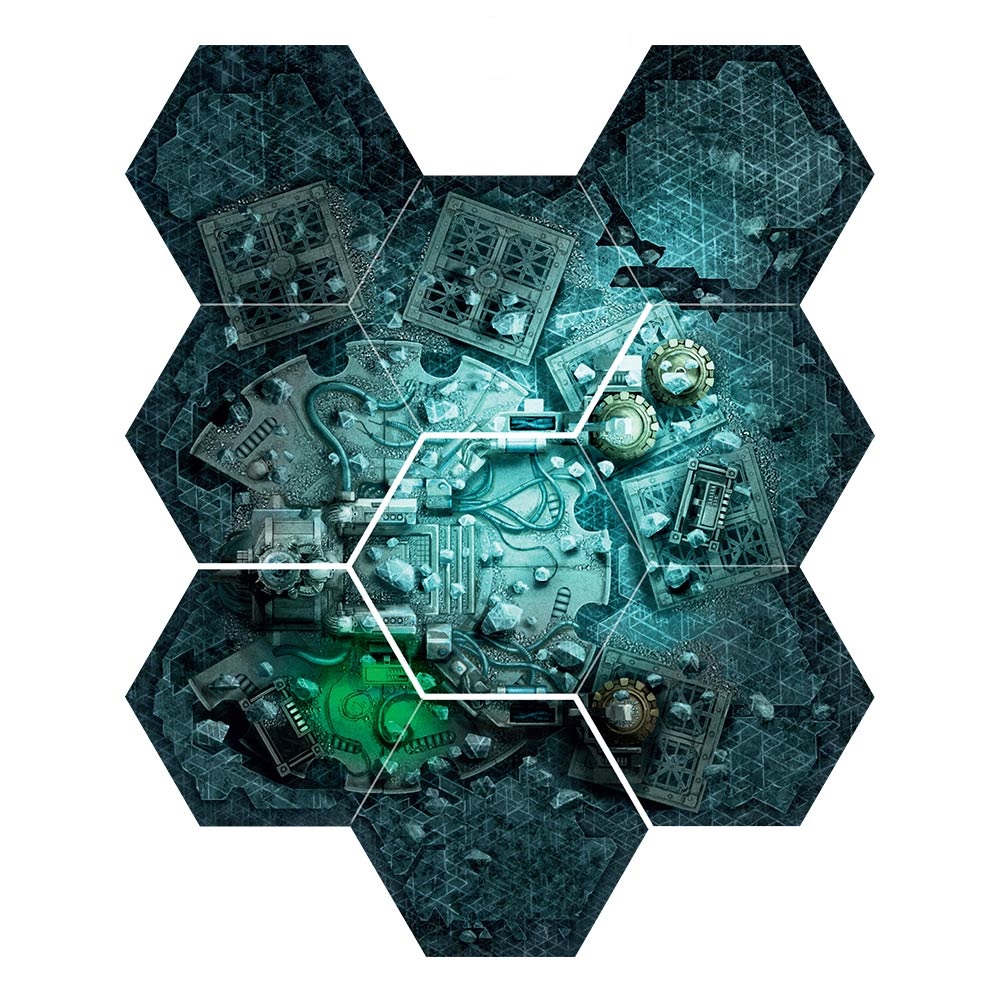 If you take a closer look, many of the chambers are dotted with pieces of archeotech and long-dead creatures – some of which may look familiar, while others may pre-date the Imperium itself! I also made regular use of purple energy and light sources to match the optical power orb of the Spindle Drones painted by the ’Eavy Metal team. 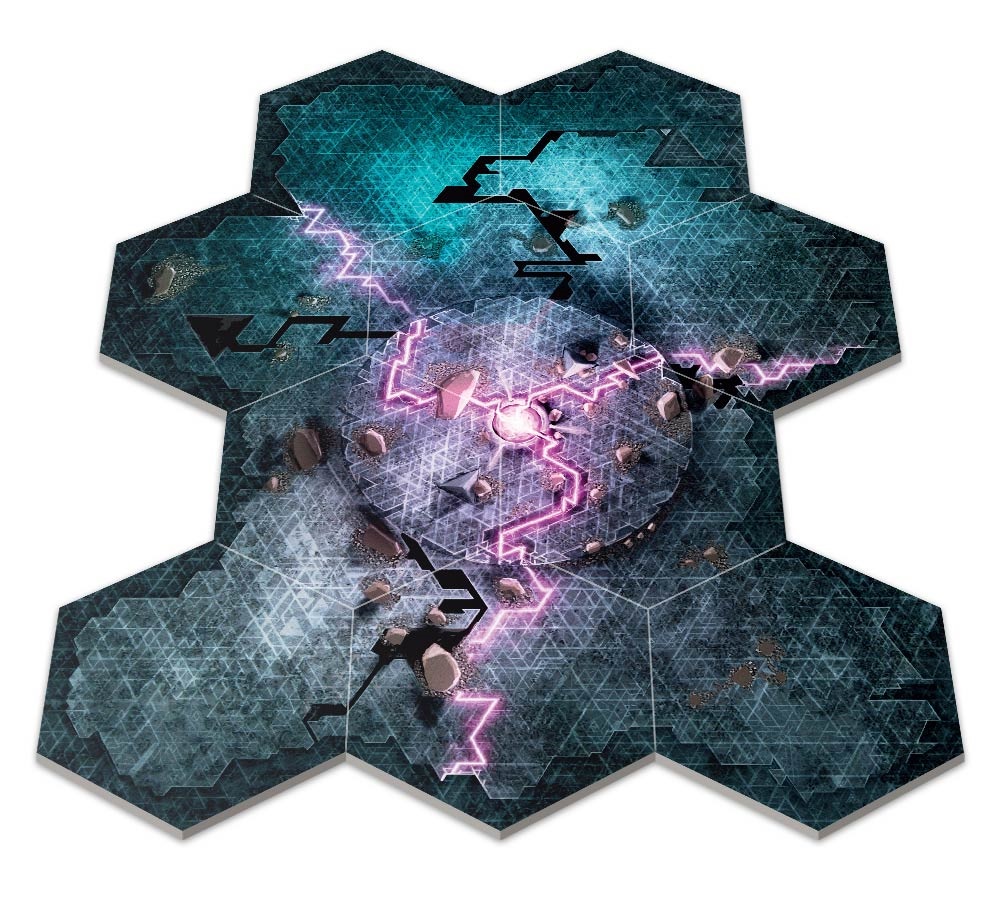 The Blackstone Fortress is a maze as well as a ship. It’s walls and chambers are shifting and changing constantly. We’ve even learned that the Blackstone Fortress can absorb entire ships – as well as other technological bits. The Spindle Drones, for example, are re-absorbed into the fortress if they are destroyed. Some think that this place is really just a lure to trap other ships and their crews inside for tests and simulations. The Blackstone Fortress will cut-off those who are trying to aid each other and it seems to force confrontation between factions. 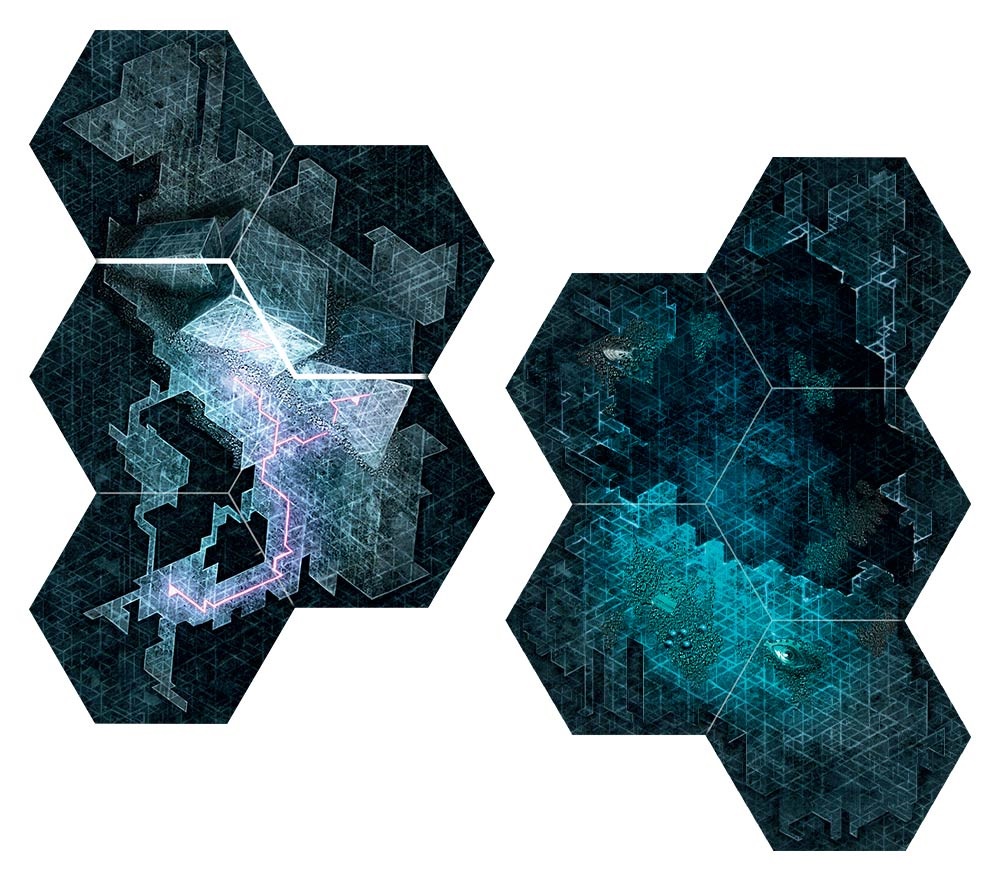 Is the ship alive? That’s for you to determine – but it’s hard to argue that it’s not at least aware of these explorers wandering it’s cold, angular corridors. Will you learn it’s secrets or will you become the next “long-dead creatures” littering various chamber floors? 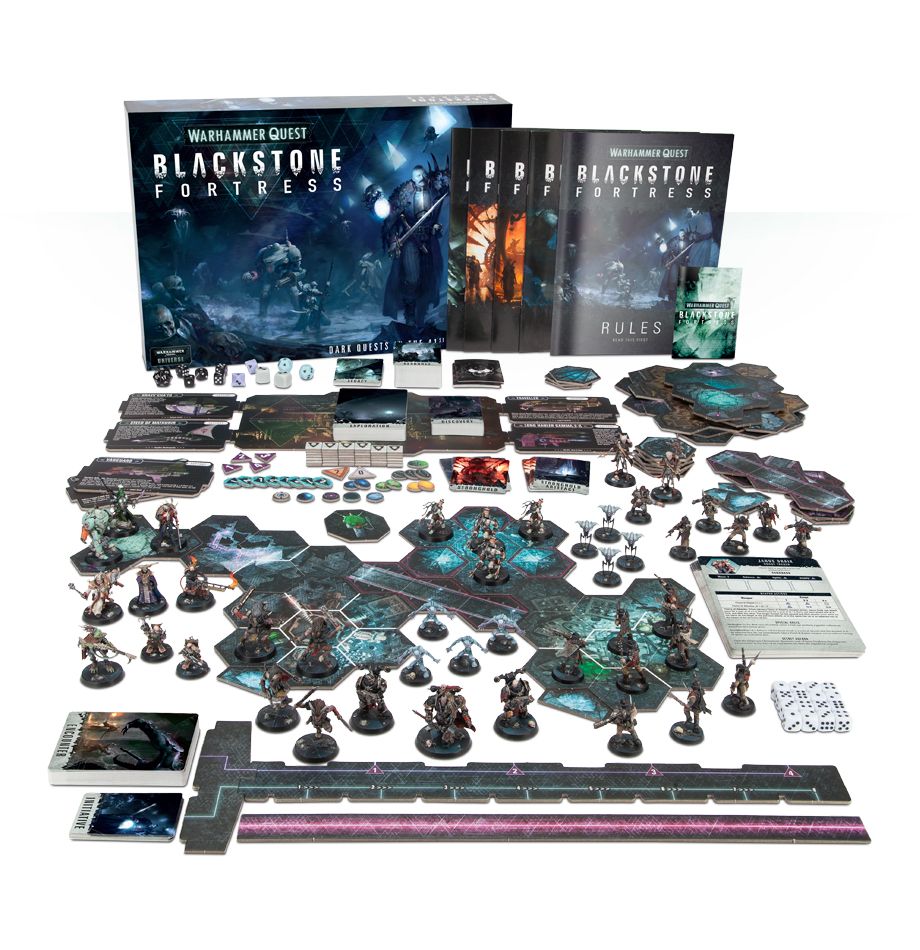 “Come to the fortress. We’ll get together. Have a few laughs.”
~Inquisitor McClane, last seen in the narrow chambers of the Blackstone Fortress

Author: Adam Harrison
Writer, Editor, Texas Native, and Austinite for 15+ years, Adam covers all things Tabletop Gaming. Which includes Warhammer 40,000, Age of Sigmar, D&D, Board Games and everything else that involves dice, boards, cards and a table. A hobbyist, player, and collector of miniatures and games, Adam's current obsession are his Death Armies for Age of Sigmar, his Blood Angels and Tyranids for 40k, and his ever growing Arkham Horror: The Card Game Collection.
Advertisement
Board Games Games Workshop Tabletop News Warhammer 40k Warhammer Quest
Advertisement

GW: Black Library & Humble Bundle Team-Up For A Good Cause