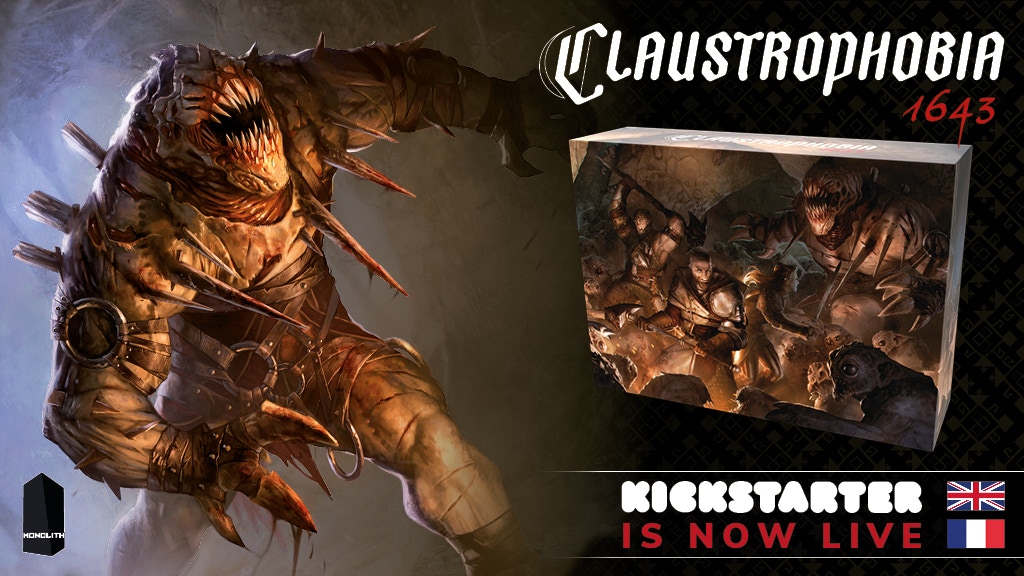 The crown prince of horror board games takes a second seat today with a hot, new, up and comer featuring its own set of horrid and otherworldly creatures.

New Jerusalem is a man-made city built within the heart of the underworld. Within the tunnels below the city, hell hounds, troglodytes and demons unknown roam freely. It is up to the Redeemer, leader of the fight against the infernal forces, to quell these hellish beasts before they overrun the city. 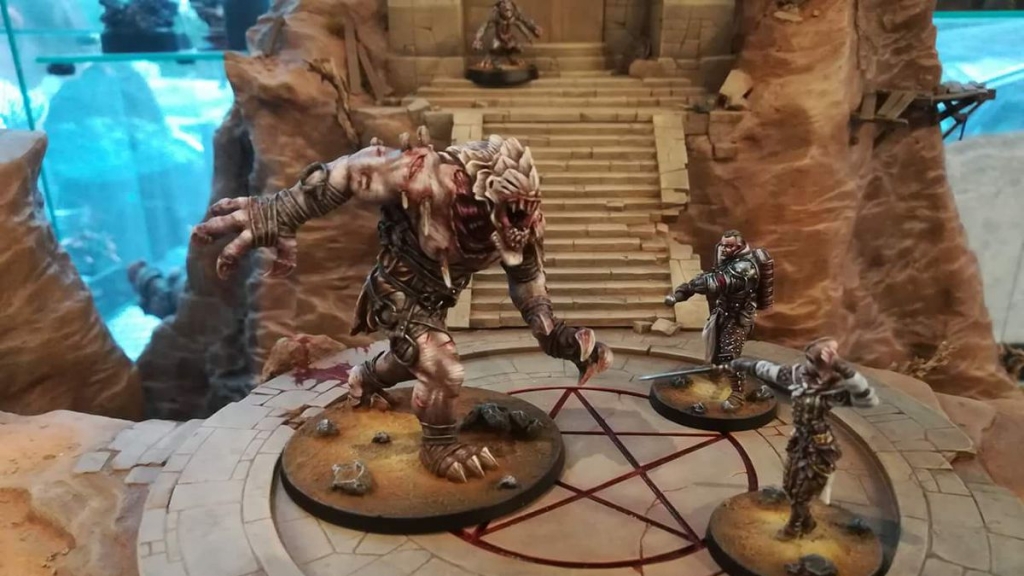 Claustrophobia 1643 is an asymmetrical 2 player combat skirmish game with dice allocation and exploration mechanics. The game plays through a scenario book containing 20 different scenarios, with each one having different starting conditions and victory conditions.

While both players have vastly different characters, abilities and capabilities, they function similarly. Both players’ turns begin with rolling custom dice. 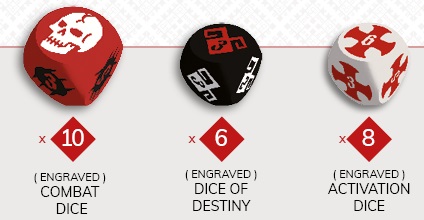 These dice will be allocated to the characters that player has in play, which will, in turn, dictate the stats of the characters for that round (as for the human player) or which abilities can be used and how powerful they will be (for both players). 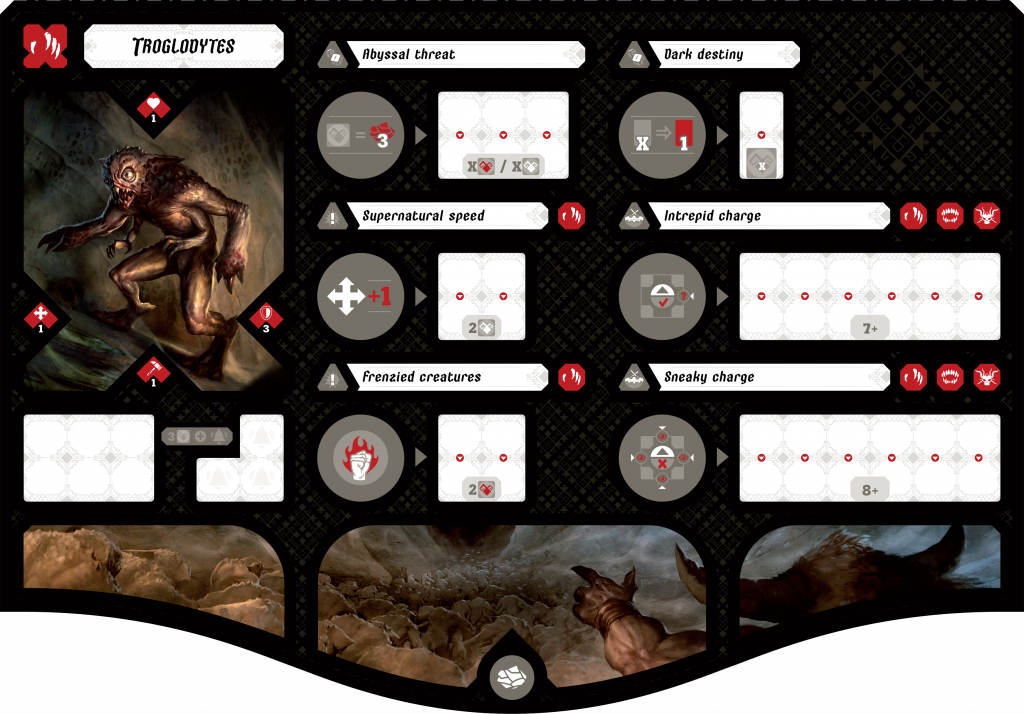 As the human player explores the map, it will be up to the infernal player to decide tile placement. This can give a clever infernal player a nice edge when they are given the option to force a deadend to causing a tunnel to loop back on itself.

As each scenario is different, which units each player has available to them, as well as their individual goals for victory will differ with each scenario.