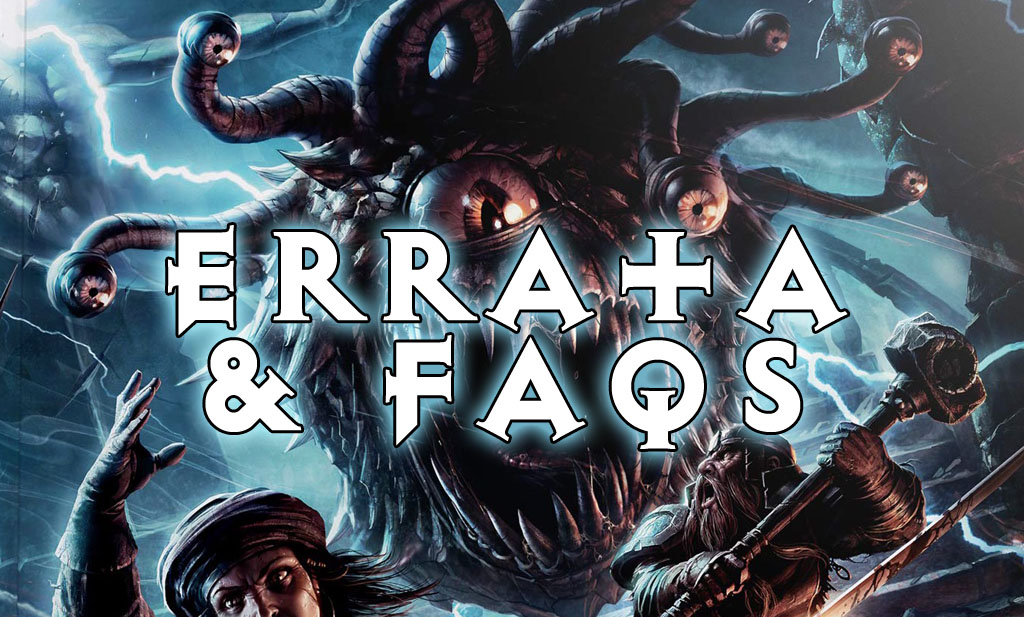 Coinciding with the release of a gorgeous new gift set, D&D had a major batch of errata/clarifications this past weekend–here’s how it all shakes out.

Step right up folks, time to feast your eyes on some of the newest changes to the core rules for D&D. These ones are worth paying attention to, because by and large, the WotC team tends to leave the core rules alone–preferring instead to leave questions of interpretation up to the GM or through the Sage Advice column, which gathers Jeremy Crawford’s rulings on Twitter.

Wild Shape is a form of magic that works for a druid of any species. #DnD https://t.co/eJwa2k6zUG

Some questions are more straightforward than others, mind you. But the recent errata released are a big update to the game, bringing it to version 2.0 of updates. And as you might expect from a major patch, there are a few notable changes that really help the game to run smoother. And one or two that shake things up a little.

Perhaps the biggest change comes to Monks in an unexpected buff to their all-around capabilities. N0w it’s not exclusively a Monk buff–the rules tweaks listed technically apply to anyone, but the reason we say this is that Monks are most likely to leverage it. The change applies to the rules for Grappling and Shoving and is as follows: 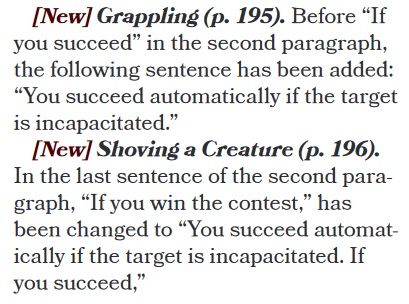 Notably, Monks have one of the most reliable ways of incapacitating a target and then immediately following up with a Shove or Grapple. Just use stunning fist as one of your opening attacks, and you’ve still got Flurry of Blows plus extra attacks to grapple a creature and shove them to the ground, which is no place anyone wants to be at the start of their turn.

A few other changes to note for the Player’s Handbook–notably all classes spell slots can only be used to cast their own brand of spells: 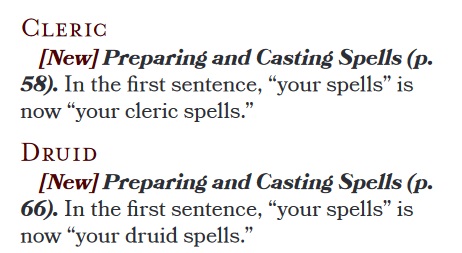 Which might have some of you wondering about how this affects multiclassing–I know I was wondering if multiclass spellcasters still worked–and the good news is, those still function the same (though DMs are still free to interpret a Warlock’s Pact Magic slots as only being able to be used for spells and not sorcery points/smites)…

As near as I can tell, most of the spell slot clarifications are meant to prevent the rare cases where you get spells from other sources (so things like racial abilities or feats) from being used with spell slots.

Other notable changes include a much-needed clarification to Disintegrate, so that it now will actually disintegrate creatures already at 0 hit points (it used to disintegrate you only if you were reduced to 0hp, can’t be reduced to it if you’re already there); the inclusion of Spears with the Pole-arm Master feat, and a massive change to the way Contagion works. Now Contagion inflicts the Poisoned condition while awaiting its 3 failed saves to inflict a disease, making it a debuff worth applying instead of a waste of space in your spells known list.

And all that’s just on the Player side of things. The Monster Manual and Dungeon Master’s Guides saw some rules tweaks as well–the Monster Manual mostly includes recalculations of Monsters attacks and damage (so you’ll want to pay close attention DMs) and the DMG updates a few magic items.

The last thing we’ll mention is the Beastmaster Ranger, which gets some much needed love in the form of the following errata. 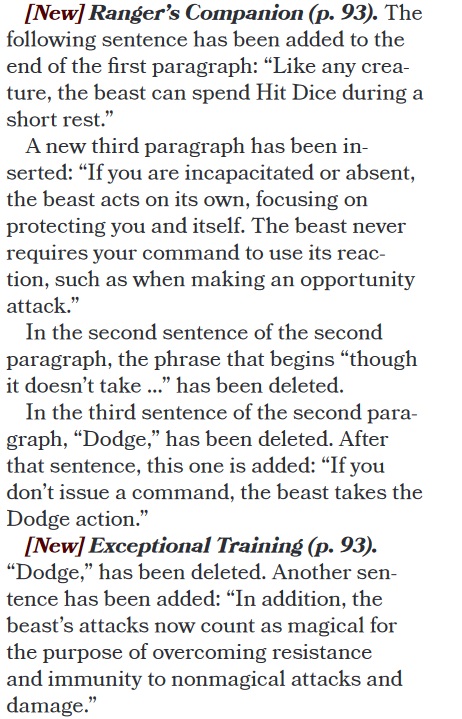 Not a bad boost to help bring them in line with the rest of the party. Now your Animal Companions will no longer feel their damage fall off as you level up to the point where monsters stop caring about nonmagical damage.

At any rate, D&D has certainly seen a few tweaks–and this sets the stage for the next era of 5th Edition. Let us know what you think of the rules changes in the comments.