Here are five blasts from the past who we’d like to see make a splash in the future.

Released in 1981, the Fiend Folio is a collection of creatures both malevolent and benign. It’s home to some of D&D’s more memorable monsters, and is famous for bringing us the Githzerai and Githyanki, the Kenku, thePrinces of Elemental Evil and other icons of the realms. In Dungeon of the Mad Mage, you can find more monsters that have been hiding out from 1st Edition, including updated stats for the Lava Children–which is a very obscure monster to begin with.

Since it seems to be the case that 5th Edition is slowly but surely making what was old new again, we broke out our copy of the Fiend Folio to find five monsters that would be a welcome addition to 5th Edition. Or I guess you could say, these would make a great 5th Addition. 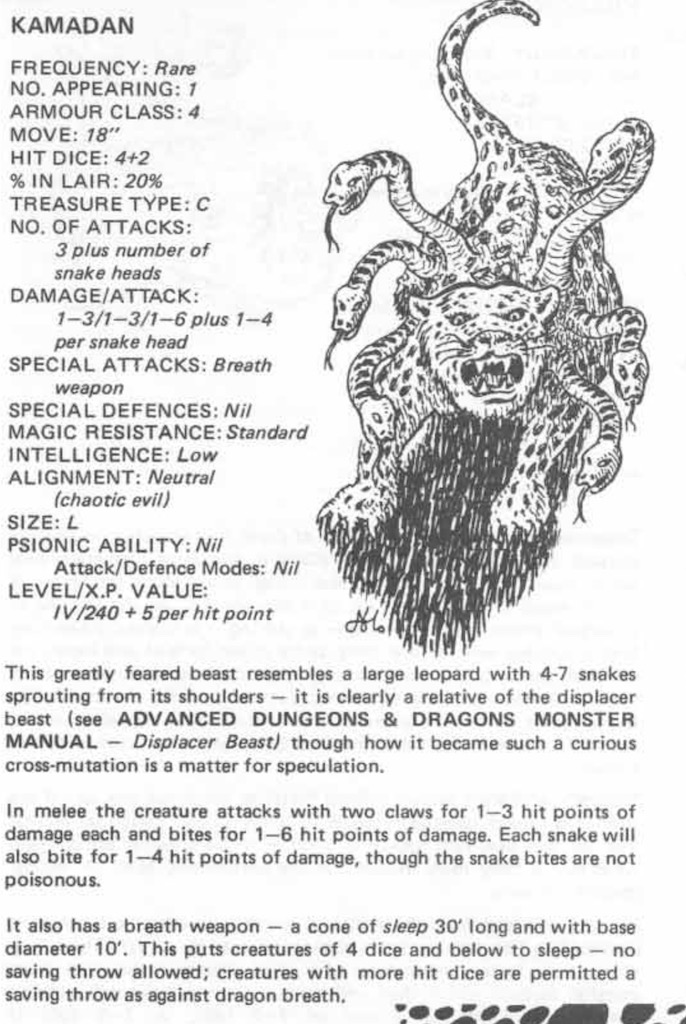 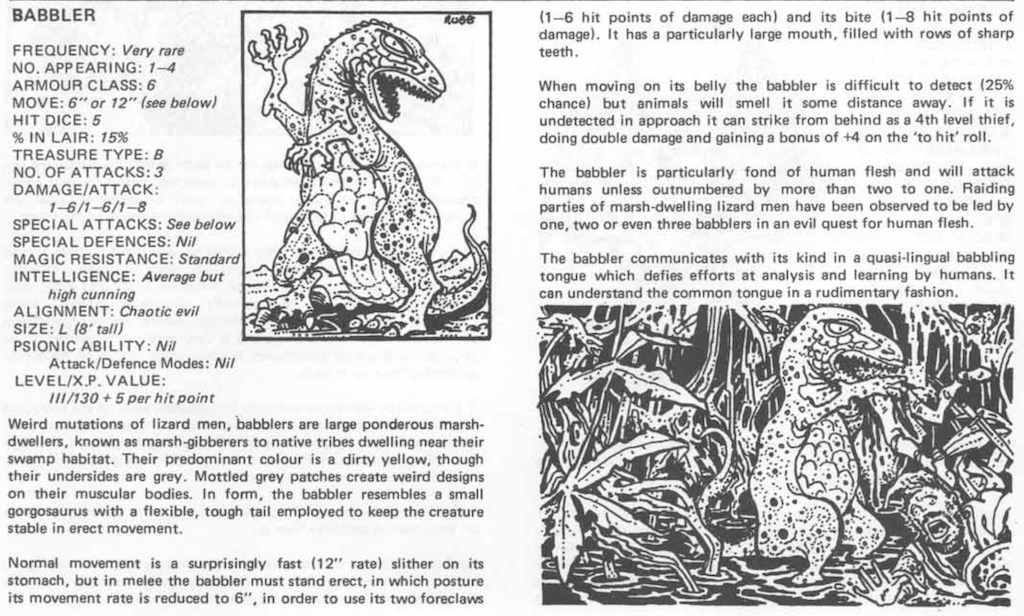 These are mutant Lizardfolk, and it seems like they’d be a welcome addition to the ranks of the lizardfolk variants we’ve seen in Volo’s Guide to Monsters. These could be a cool, weird brute that accompanies Lizardfolk raidking parties. Or perhaps, since its chaotic evil, maybe they represent some kind of Lizardfolk who’s been warped by Zuggtmoy or Jubilex and unleashed upon the world. Anything to see a 5th Edition art rendering of the second illustration there. 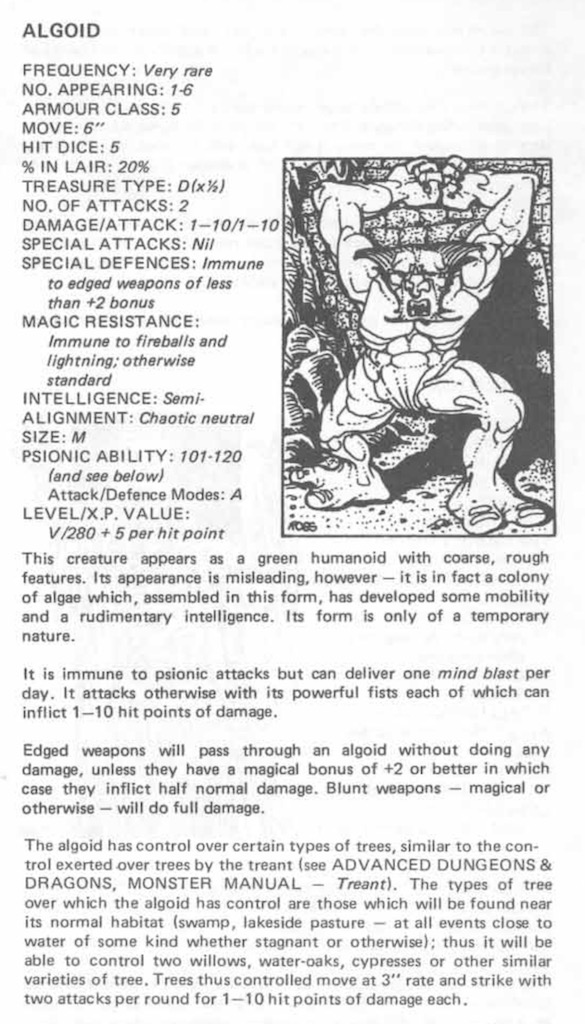 I really like this magical algae creature. It’s got a ton of synergies that look like they’d play well in 5th Edition. It can deliver a mind blast once per day, has resistance to slashing or piercing from nonmagical weapons, and has control over trees. This monster has a ton of flavor abilities that can also make it a powerful combatant. Make those woodland encounters deadlier when the trees themselves get up and start fighting alongside them. 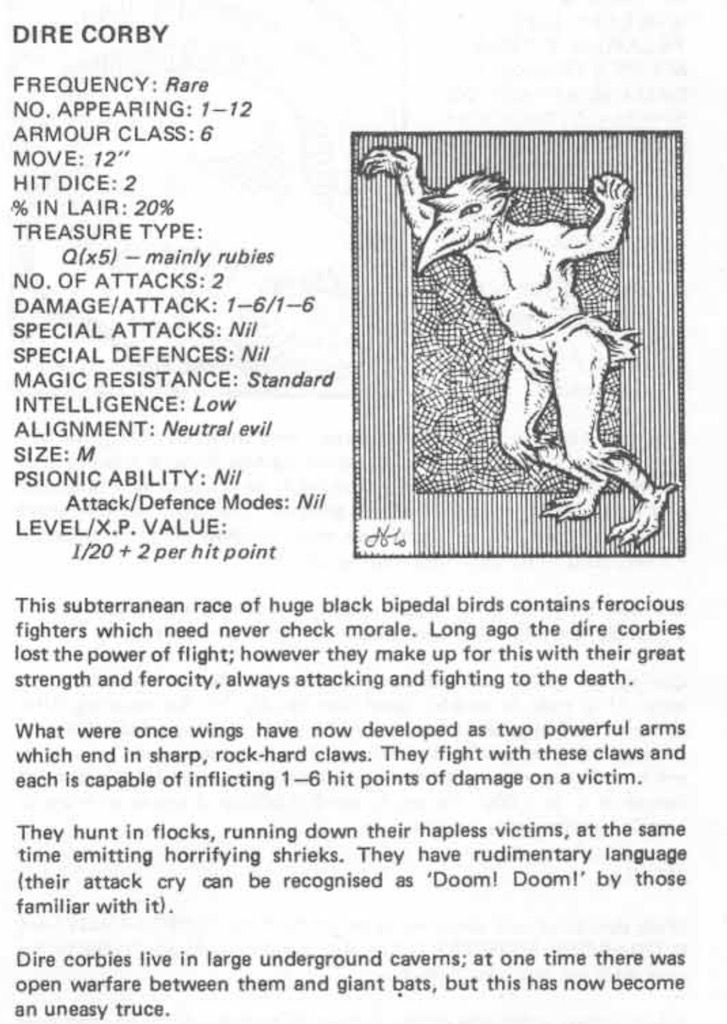 The Dire Corby is something of an oddity–they are an underground race of bird-people, but bear with me on this one. D&D is full of bird people. With pterafolk and aarakocra and kenku you get a range of birdfolk. But these could represent Kenku who have fallen further in their curse–they’re flightless birds who have been driven to feral cave dwelling societies. They shout DOOM! at their foes while they charge in, possibly aided by or riding atop giant bats. The encounters write themselves here, folks. 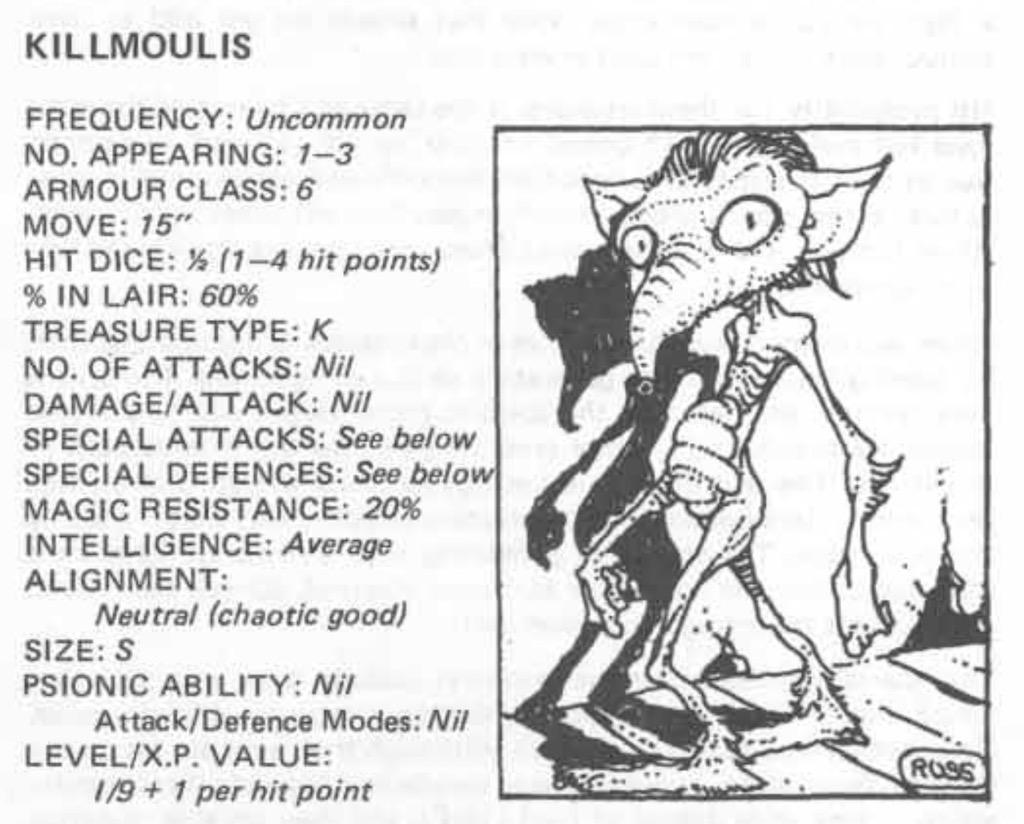 And finally, the Killmoulis. I don’t know who Moulis is, but I do know that these creatures would flourish given the number of urban themed adventures we’ve seen. Between the Waterdeep and Ravnica books, there’s a ton of cityspace for these creatures, which is where they thrive. These are fast, fey creatures who inhabit the spaces where industry is thriving. Fast and invisible, these creatures are pranksters, much like pixies and sprites, but they tend to be a little more spiteful, because they tend to eat whatever grain you have left lying around. I could easily see a quest to clear an infestation of Killmoulis (Killmoulises?) from a grain storehouse for low-level adventurers, looking to make a name for themselves.

There are, obviously many more monsters that would fit 5th Edition’s aesthetic. But we’re sticking with five for now, and turning the reins over to you.

What monsters would you bring over to 5th Edition?