A major spoiler dropped for D&D’s upcoming release schedule. There’s a new setting book coming to Dungeons and Dragons next year–more details inside. 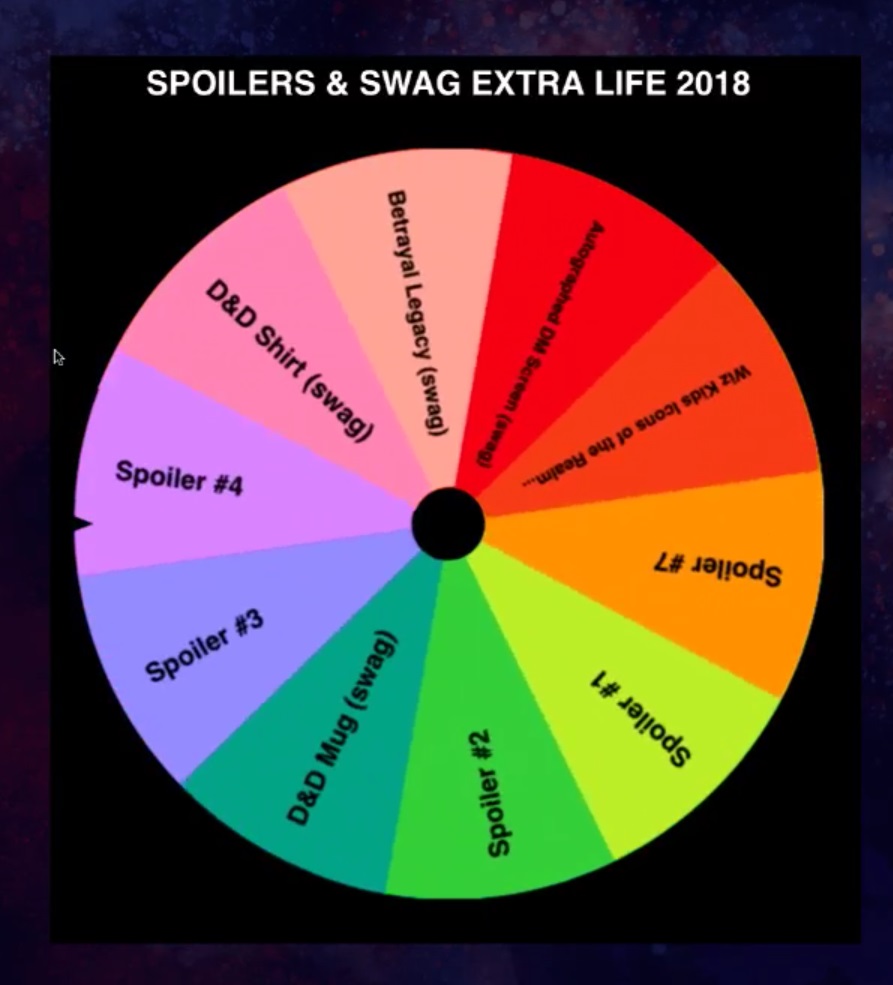 As part of it we got to see some new bits of swag–the D&D Mug 2.0, now with an Ampersand on both sides; the new Betrayal Legacy and so on–but the biggest news of them all is a new setting book.

Watch Spoilers & Swag 11am PT from dnd on www.twitch.tv

“Next year for our annual release, I can confirm: there will be a setting book. A new setting book. A book that we have not created that is for a D&D setting.” Now mind you, he didn’t say which one–the only details mentioned around it was that it specifically was not Spelljammer or something with airships, even though Chris Perkins and Jeremy Crawford have playtested the rules for flying a ship, and how they’re made.

Whatever it is, it’s definitely not Spelljammer.

You can find the official announcement right here, it comes in at about an hour and two minutes in. Now the main takeaway from this is that it’s a full setting book. Not just a Sword Coast Adventurer’s Guide type thing, but something that takes you to a new setting. Popular possibilities for what this could be are:

With two of the architects of my childhood, the authors of the #Dragonlance novels Margaret Weis and Tracy Hickman #bucketlist pic.twitter.com/t1qfEQvG58

I’m personally holding out hope for something more obscure like Birthright or maybe something like Mystara or something more recent like the Nentir Vale, which again, Mearls has been openly experimenting with. The only thing we can say for certain is that it won’t  be Spelljammer.

So which Spelljammer–or other D&D I guess–setting are you hoping we’ll see next?