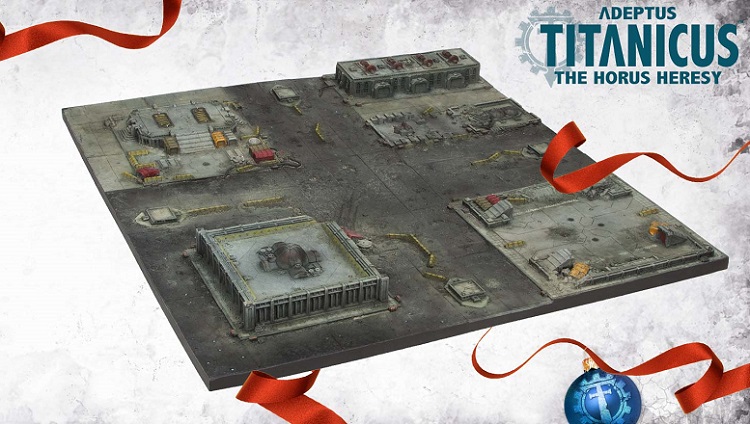 The Civitas District War Zone Alpha Battlefield Title is out now for Pre-Order and the Gundabad Ogres are back for another round! Check out this week’s pre-orders from Forge World. 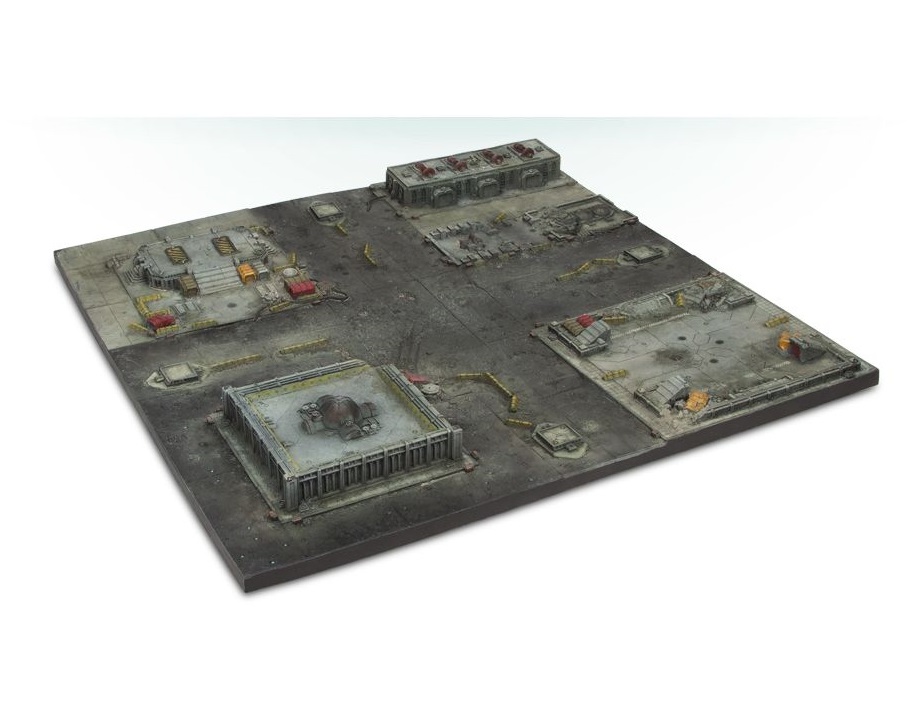 During the darkest days of the Horus Heresy, entire cities were levelled by orbital bombardment or vicious assaults – and in many of them, mighty war engines of the Adeptus Titanicus battled for supremacy amidst the shattered ruins even after the front lines of the war moved elsewhere. 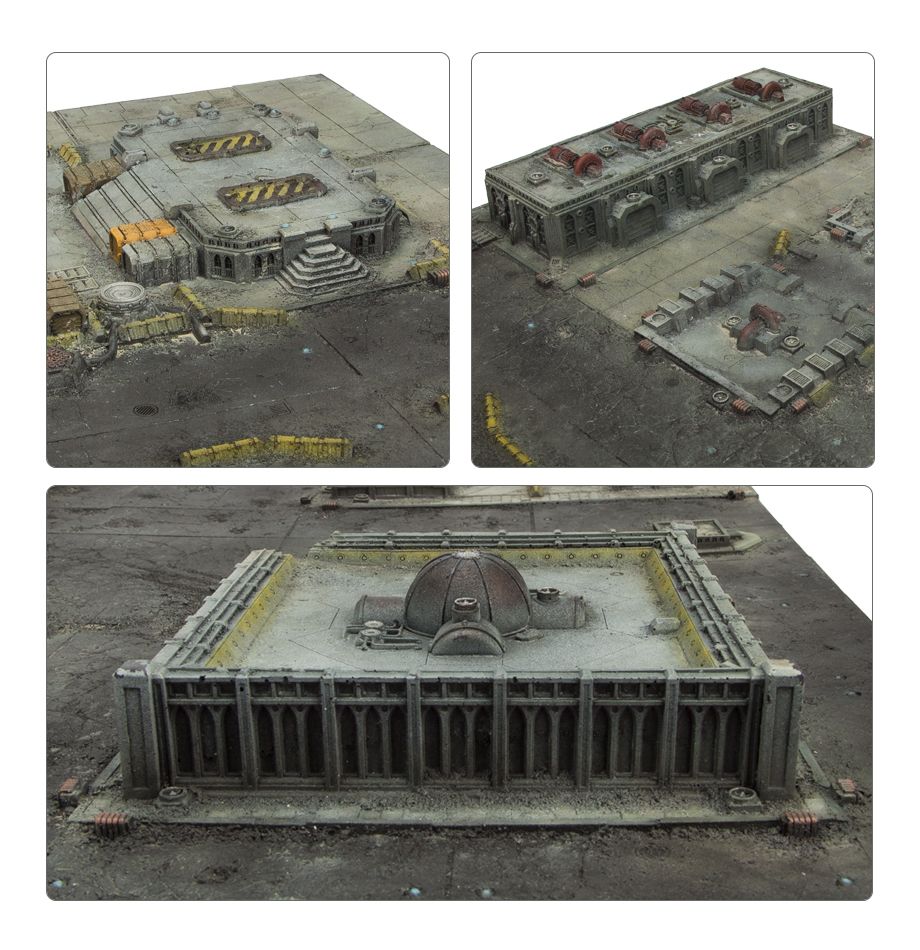 Civitas District War Zone Alpha is a resin Realm of Battle board representing an area of just such a devastated city. Its 2’x2′ area includes a crossroads set up with defensive barricades that have been long abandoned by the infantry who once defended the city. 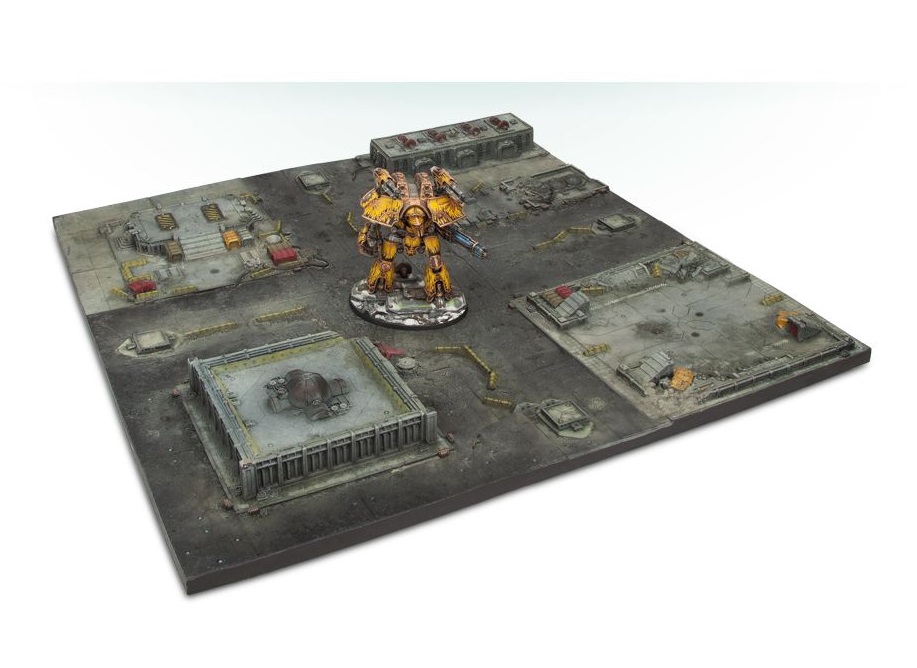 One corner of the board includes a large Administratum central control building. Another includes fortified bunkers that can be expanded by adding plastic Civitas Imperialis buildings. A third corner features a genatorium station and more abandoned defensive structures. The final corner has space to add one or more buildings made from the plastic Civitas Imperialis kits. 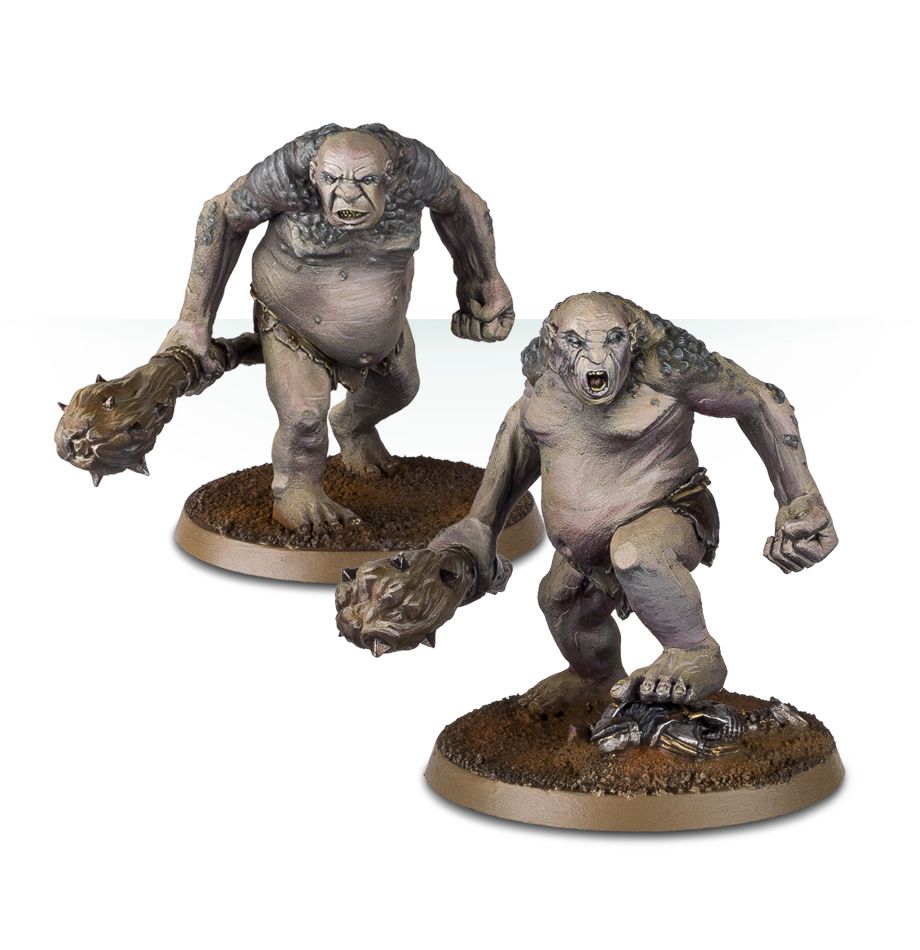 Within the ranks of Azog’s Legions, the Gundabad Ogres are its shock troops. Fighting in pairs or sometimes even entire packs of lumbering creature, Gundabad Ogres crash into – and often straight through – the enemy lines to the ruin of all but the most stalwart warriors. 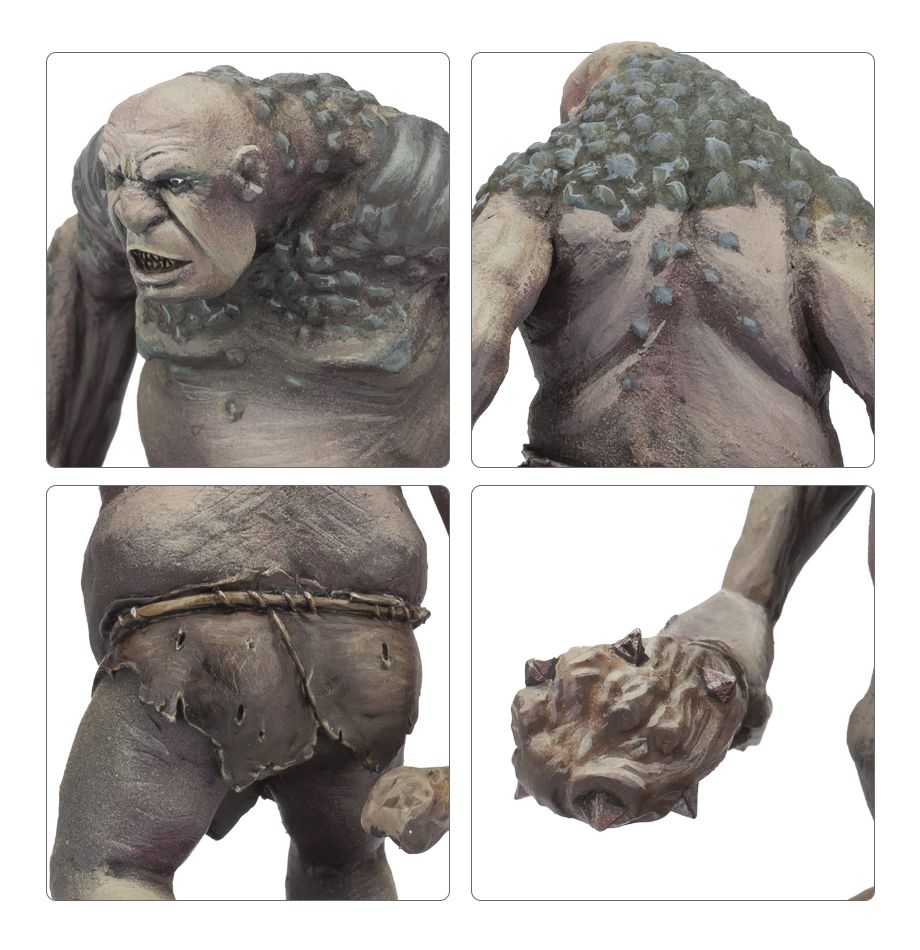 Gundabad Ogres are both a Monster and a Warrior for the Azog’s Legion army list, allowing you to take multiples of these vile creatures in your force. These mounds of heaving flesh wield great wooden clubs used to smash aside the broken corpses of their unfortunate victims. In the game, the Gundabad Ogres move further than most Warriors and can run through their own models, forcing their way into the fight – meaning that it is all but impossible to block them in and prevent them wreaking havoc upon their foes. 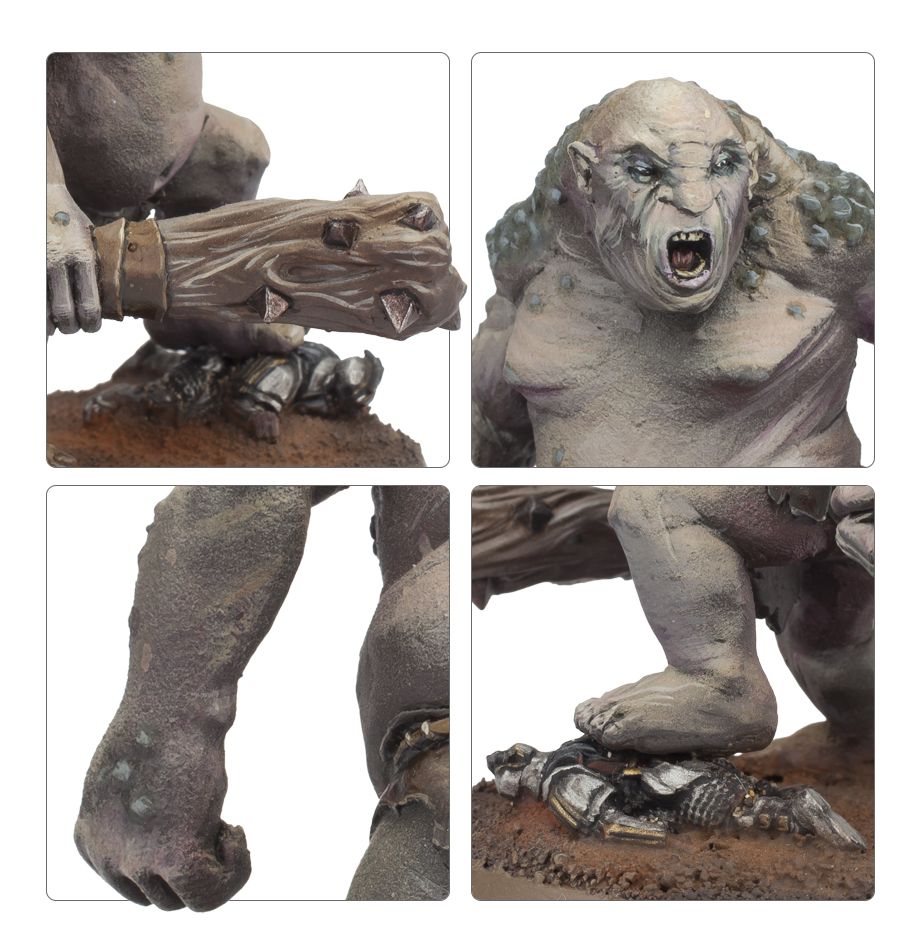 This set contains a Gundabad Ogre 1 and a Gundabad Ogre 2. The heads and club-wielding hands are completely interchangeable, allowing for a degree of customisation between the models. 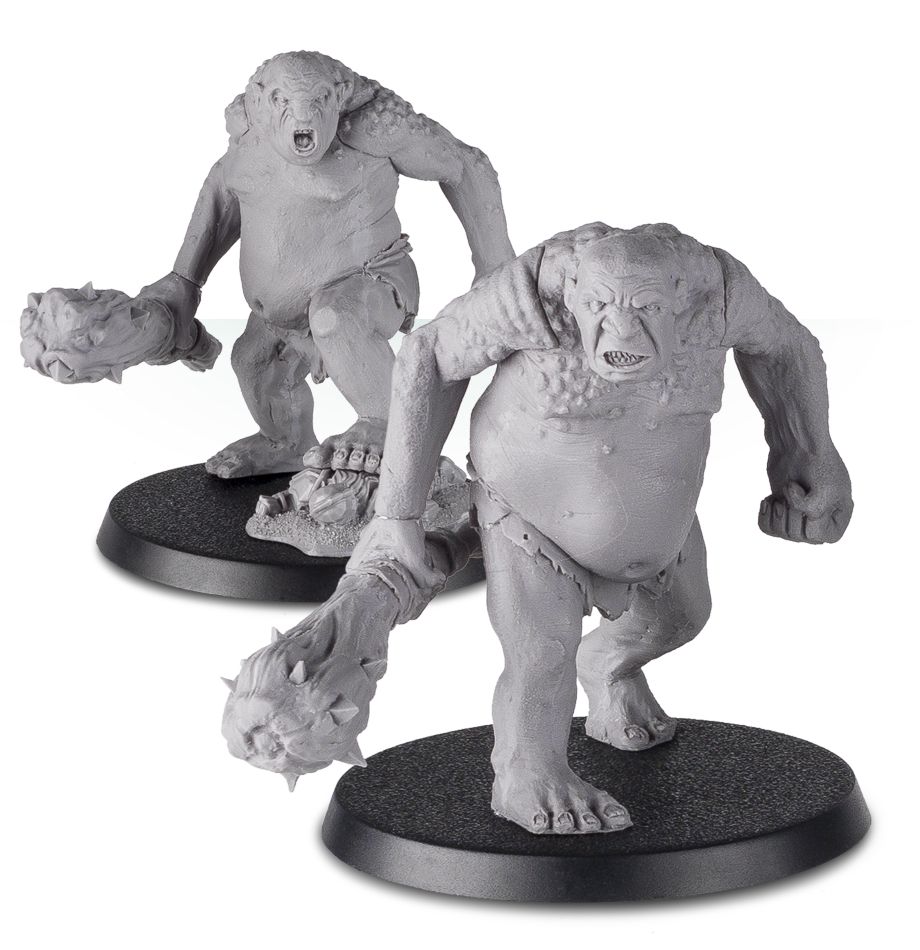