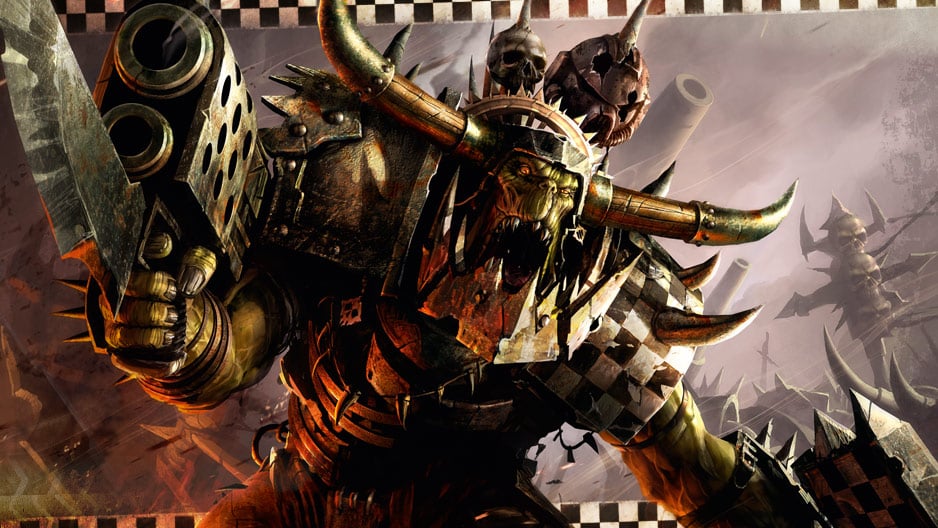 Goatboy here again with some more Ork fun chitter chatter about the top 5 improved units from the new codex.

Goatboy here again with some more Ork fun chitter chatter.  Top 5 lists are easy to write and while I wait to get a game in (two kids, and everyone and their dog having birthdays in October means I have very little dice time) let’s look at the top 5 improved units from the new codex.  Some of these things were good last time and gaining some extra rules has just made them so much better.

Ork Boy – The Ork Boy was pretty amazing during the index edition.  It had a ton of attacks, decent stats, and was very cheap.  Yes the new point cost is 1 higher then before but the Ork boy gained so much for that single point.  All the Clan rules add a plethora of powers to the lowly brute known as the Ork boy.  From getting cover all the time to hitting better when the see something explode/die – each of the Clan rules start at the basic Ork Troop.  The Mob Up Strat looks pretty mean to create a big Green Tide to target with the Jump.  I was looking at running at least one or two 30 man blobs with some 10 man units I can mob up with.  The change to 32mm bases for the Boyz (you should change the base size – especially if you are throwing 30 many units around as the base size is a balancing size for how many attacks they can do) does limit the amount of attacks you can do on a single unit but it does make the idea of throwing 40 across the table very interesting. I think the Boy is probably one of the best basic troops in the game – and having a ton of them is never a bad idea especially if you are Goff or a Freeboota. 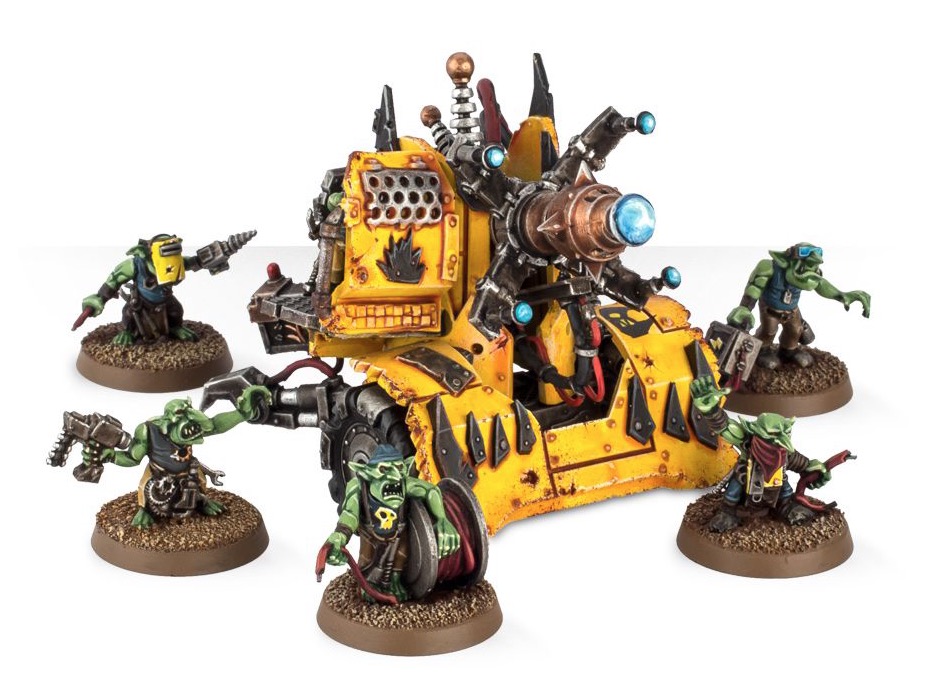 Traktor Cannon for an Ork Mek Gun – Originally I wrote how this could get Clan Culture – but after doing some research, more reading, and seeing others opinions it is pretty obvious it doesn’t.  The whole – does it consist entire of Gretchin is true as it gets both keywords – Mekguns and Gretchin on every aspect of the unit.  The other units that have Gretchin in them – ie Ammo runts etc – have separate keyword instances that show the only the Ammo Runts themselves have that keyword.  Thus the Men Gun doesn’t get Kulture just like the Killa Kans don’t get it as well.  Thankfully this removes what would be a must take unit.  It is still good and got a great upgrade.  Removing the need to hit with it is amazing and as it is a very cheap option it is still an awesome unit for the Orks Codex.  I expect a lot of Brigades to be filled with 3 units of Mek Guns for the heavy.  Oh and it also takes a nice hit out of Ravagers by auto blowing them up if the Traktor gun kills them. 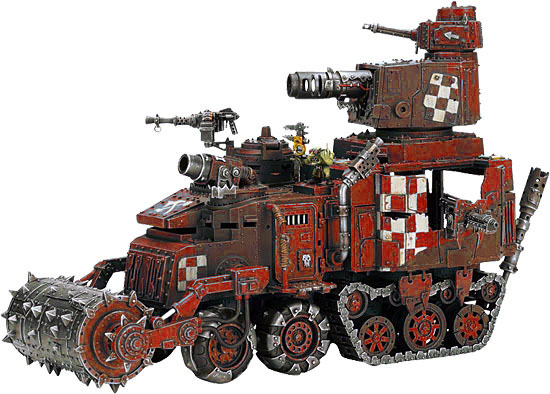 Bonebreaka Battle Wagon Variant – I wrote a list with this model in there but wow is this a huge upgrade.  The Deffrolla was always a favorite of mine (I got 3 Deffrolla Battlewagons from when it first came out) and this new updated set of rules is extremely powerful.  Anything that hits on 2’s, with strength 8+, decent AP (-2), and good damage is a powerful option.  Heck adding an extra d6 attacks is amazing too.  Use this with the Evil Suns and make sure your Warlord is nearby to allow you to back up and charge again for more Mayhem.  I think any army could use these as well just due to how powerful a close combat monster is at under 170 points.  Do you need to hide some lootas turn 1?  Throw 10 in this guy and jump them out afterwords.  Or how about a unit of 10 boyz you want to mob up into a unit of 30 and create a 40 man Da Jump target to go bother the enemy with.  Lots of power in just have access to a vehicle that does more than transport some guys around.

Warbikers –  These guys got a heck of a lot cheaper and their damage potential is pretty high with a large amount of shots and Dakka dakka rules.  I know most people feel the Evil Suns are the best ones but I am really excited to try them with Freebootas.  Kill a unit, activate a better Dakka!Dakka!Dakka! and watch as you throw out 120 shots hitting on a 4+.  I don’t know a lot of screens that can stand up to that.  If you want to keep them Evil Suns you got a very fast and very hard hitting blob of jerks ready to take all your candy.  I also thought about using them with Deffskulls as they can all benefit from the 6+ Inv save as well as the stratagem that gives one unit a +1 to wound.  Oh is that a Knight in front of you?  20 Bikers throws out 120 shots that you can make wound on a 4+ and activate Dakka Dakka Dakka on a 5+.  I know that is a lot of Strats to throw around but when dealing with Knights you sometimes have to go all in to remove one of them from the game.

Gorkanaut/Morkanaut – Both of these guys got a nice boost with Clan abilities stacking on top of their mechanical distended bellies.  I also liked these guys and think there might be a place in your army – especially if Indexes go away and you need a KFF for your boyz to hide behind.  These are your mini Knight Variants that are cheaper with some better overlapping rules.  Gun wise obviously the Morkanaut can do more straight damage but the Gork’s ability to throw out a crap ton of close combat attacks is too good to ignore.  Get a Nob with a Waagh banner nearby and you can hit with 18 attacks hitting on a 2+.  There is an army where you can throw out a ton of Toughness 8 monsters as well as have enough bodies to cause any army to choke a bit on their fruit snacks.

There are a lot of other good things in this book as well.  Meganobz got cheaper but I don’t know if you need them as much.  I think the Stompa  could have a place but most likely it is too swingie with this random amount of shooting.  I think some of the buggies are ok – but they feel a bit overcosted for what you expect them to do.  The army feels like it can do a lot of different things which has me excited.  I am normally a very aggressive player so the idea of a ton of T8 units pushing forward and forcing your opponent to deal and step backwards is something I like.  I also think it can be a very good board control army with a ton of bodies, rules to keep them protected, and damage ability hidden through the blobs of crazy maniacs.

~Overall this book is still a hit out of the park and something decent if you decide to truly call a Waagh or two.