Those short sighted fools at the university laughed when you mentioned creating life itself through the use of eldritch magic–but with this new Construct Codex, you’ll have all the tools at your disposal to silence those fools who dared mock your brilliance, once and for all.

They decried your experiments as the fruitless ravings of a madman, but with the guidelines included in the Construct’s Handbook, available in November from Pathfinder, you’ll be able to stretch the science of Construct creation beyond the limited Iron, Flesh, Clay, or maybe Mithril foundations that are pillars of the field your hidebound detractors cling to as “proven” and “stable.” With the knowledge contained within this tome, you’ll have the power to build a construct beyond their wildest imaginings. With over a dozen new constructs, including golems and fancy clockwork constructions for those who prefer to let gears do the work of RAW ARCANE POWER LIKE THAT UNTO THE GODS THEMSELVES, as well as new archetypes for those who understand the true destination of any arcane science. 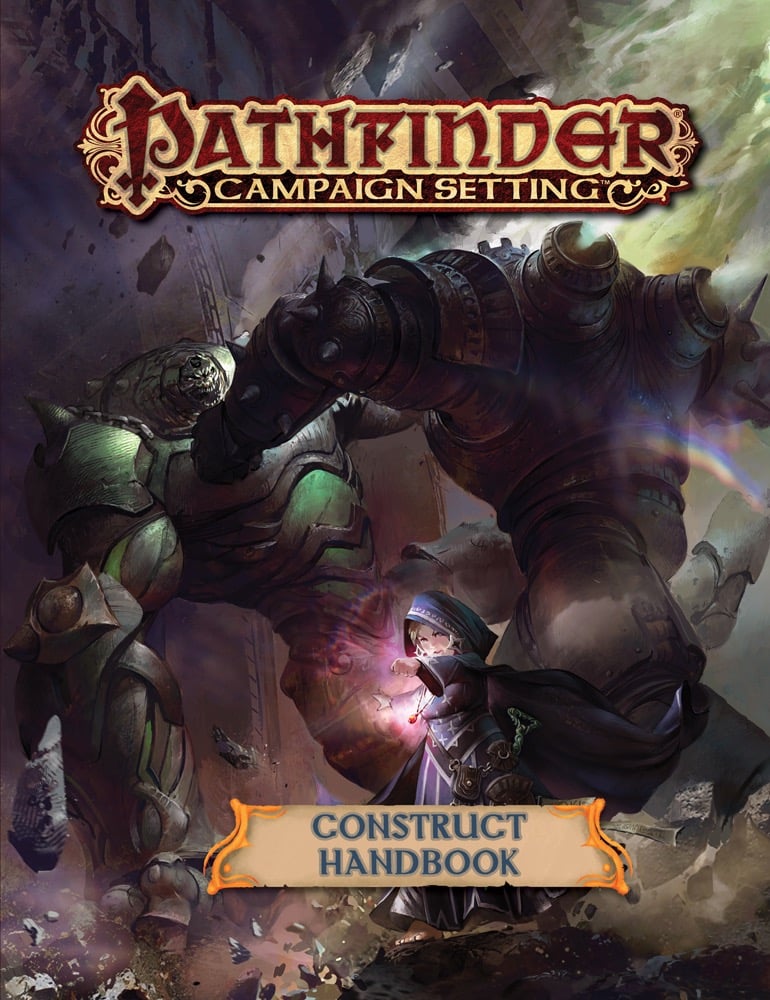 We Have the Technology!

Mortals have been obsessed with replicating life through metal and magic, and from their great labors have come all manner of constructs. The secrets to creating these marvels are usually reserved for the powerful and skilled, but now they are finally revealed! Pathfinder Campaign Setting: Construct Handbook opens the book on the powerful knowledge to create constructs and reveals never-before-seen clockworks, golems, and robots. Within these pages, you’ll find:

Pathfinder Campaign Setting: Construct Handbook is intended for use with the Pathfinder campaign setting, but it can be easily adapted to any fantasy world.