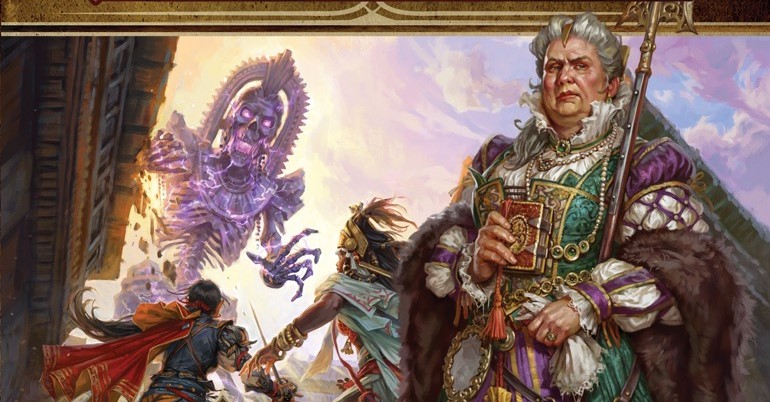 The latest installment in the Return of the Runelords Adventure Path, The City Outside of Time, pits players against timeline shenanigans and powerful wizards. In order to fight a dark and devastating future, they’ll have to save the past.

Reading like an episode of Star Trek: the Next Generation, the City Outside of Time, which sounds like an episode of The Original Series), pits adventurers against the temporal meddling of the Runelord Alzanist. This powerful Runelord has changed the past–and now the characters’ present bears the scars of an altered timeline.

In order to try and restore things to the way they were, the adventurers will have to venture to the titular city to find out where 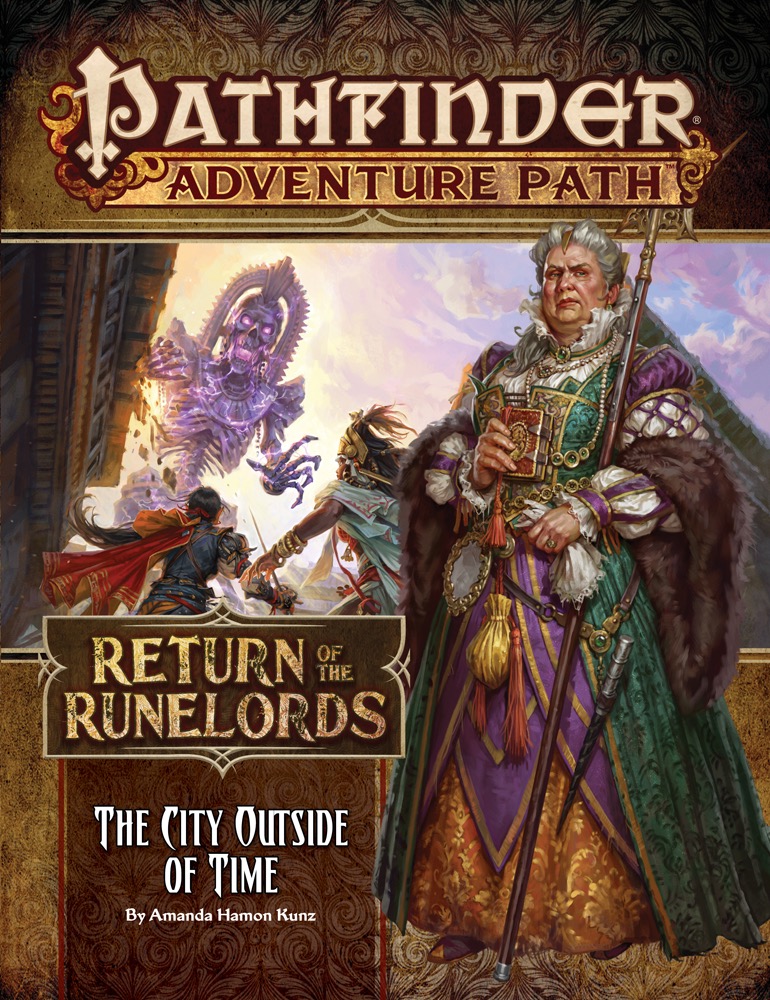 With the discovery that Runelord Alaznist has tampered with the past and set into motion devastating transformations of the timeline, the heroes must embark upon a truly dangerous and desperate gambit. Since historical texts and their own memories have been altered, the lore hidden within a time-trapped city may hold the only clues as to which events of the ancient past Alaznist has targeted. If the heroes can isolate these events, they may have a chance to correct them, but before they can even reach this repository of lore, they must brave a shadowy god’s realm and find a way to enter a city that has been cut off from time itself!