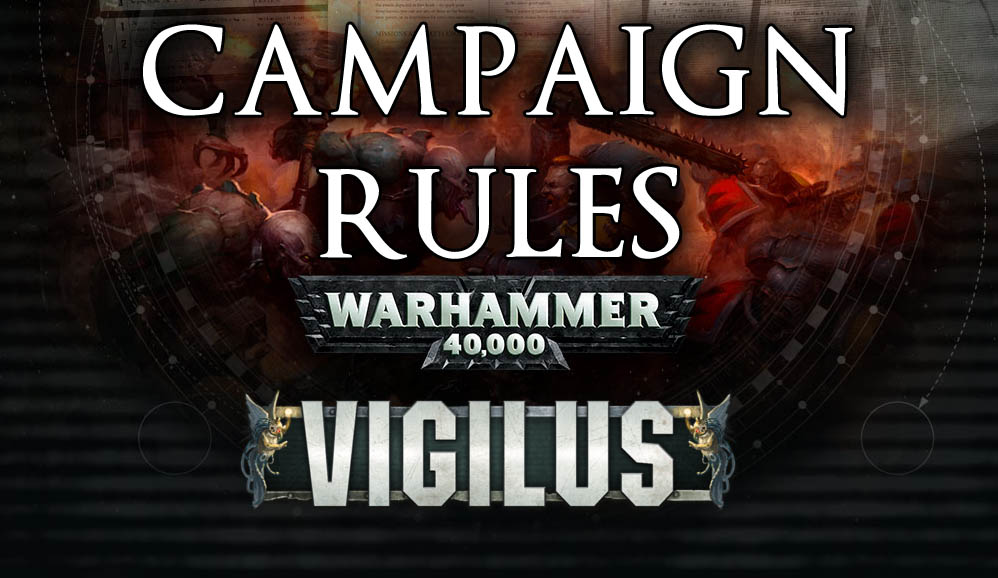 Vigilus Defiant is more than just some new units, rules and lore – it’s an entire campaign book in a completely new style compared to what Games Workshop has done before – come see what’s new!

If you’ve ever wanted to run a campaign set in the Warhammer 40,000 Universe then GW just dropped the perfect template for you to use. Vigilus Defiant is well outlined and even has a 3 phase campaign consisting of 6 rounds in each phase!

The Campaign Has Begun

With this new book GW has introduced a TON of new War Zones, Battlefields, special missions and stratagems for players to use. Most of these have an Attack/Defender situation but there is so much more going on under the hood. The first big thing to note is the introduction of the new Campaign Phases: 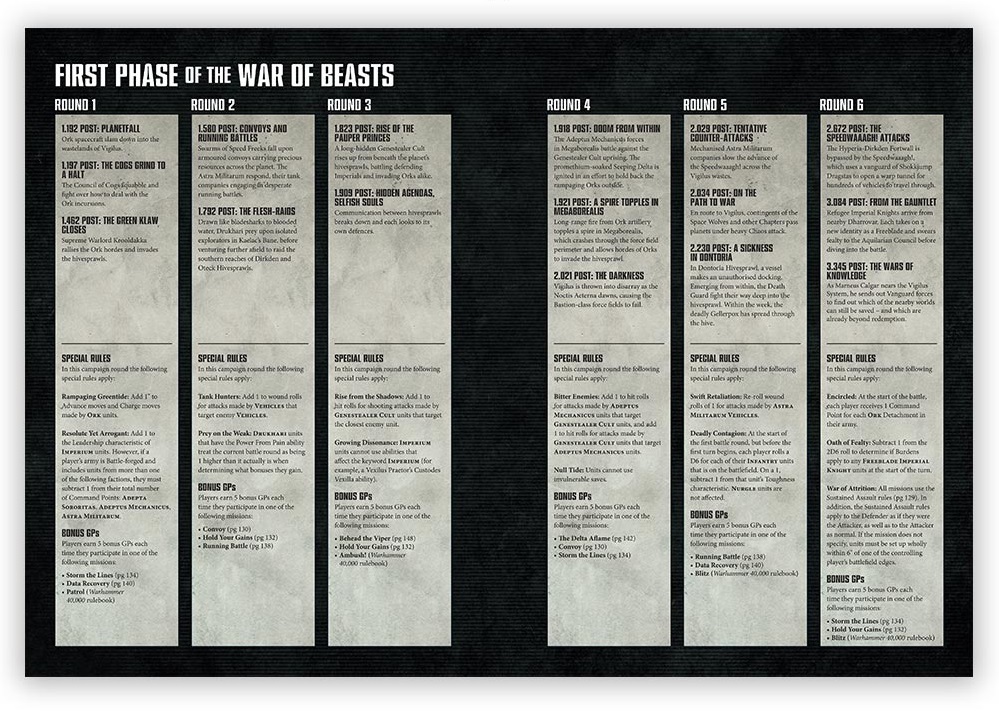 The idea is that each army or faction is fighting for GP and the side that accumulates the most by the end wins. Breaking the campaign up in to these three different phases allows for players to decide how to run the campaign that fits them the best. Will run them all in a weekend? Maybe over a week? Perhaps one round per week for the next 6 weeks until you finish a phase then reset and move to the next? The ball is in your court! 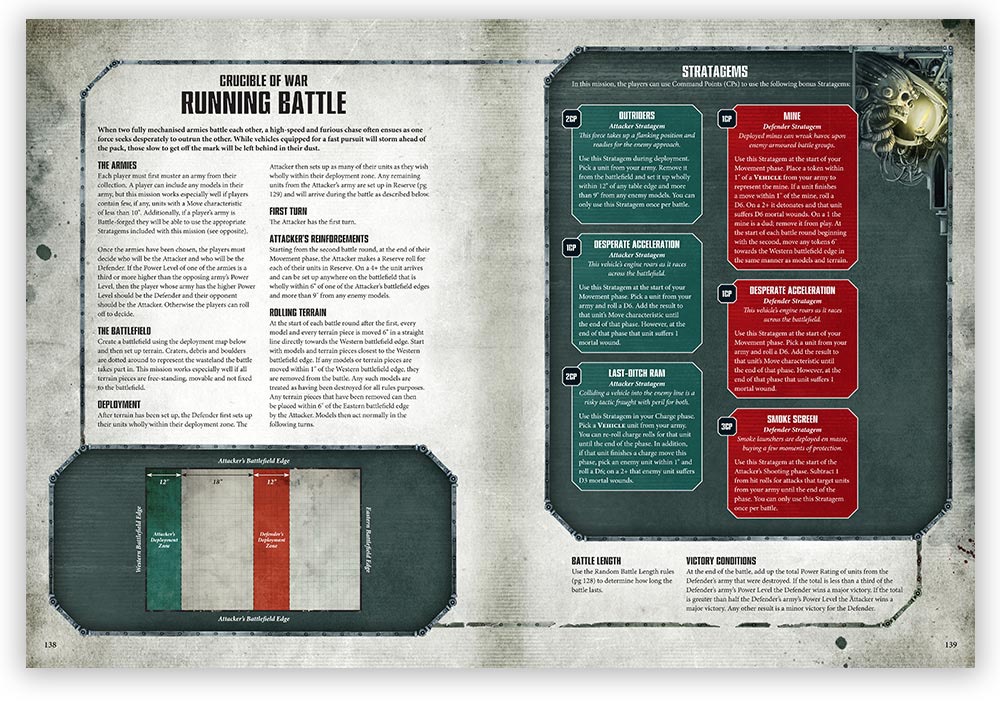 That’s not to say the Echoes of War missions aren’t – it’s just that they can introduce a lot of other factors that might cause the game to snowball or completely disrupt a “normal” game flow. That could be a good thing! Either way, players should read them all before they play them to fully understand what they are getting into.

Once you get the hang of the campaign GW also introduces a new chart called the Nihlus Events Table. This chart allows you to design your own campaign with additional special rules. You can pick or roll randomly to figure out how the campaign will play out – players choice! 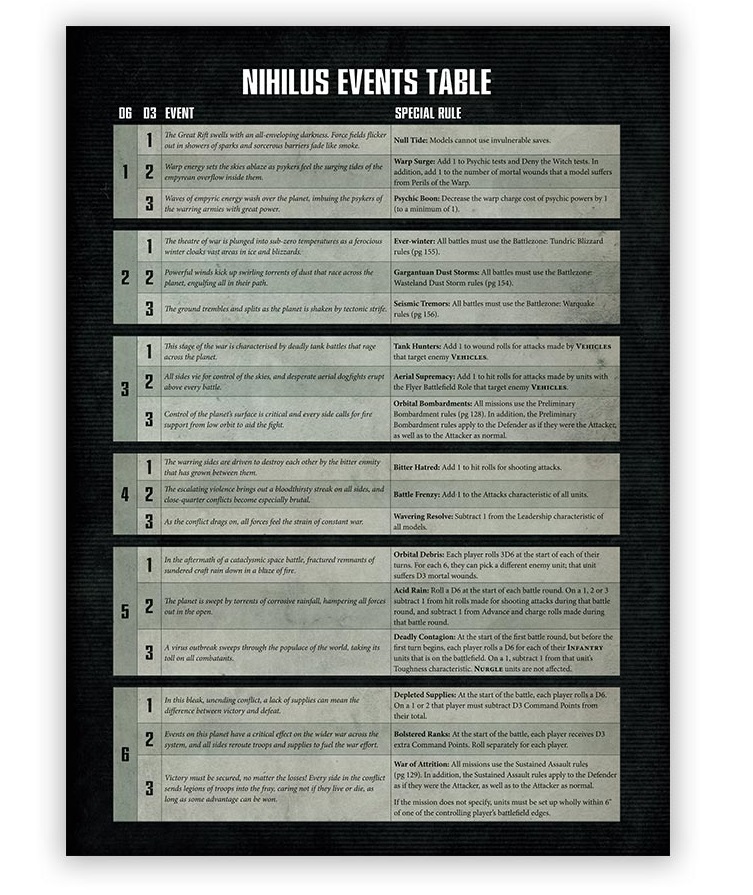 The Battlezones are a new and exciting feature as well. Now, these might not be for everyone but I could get behind using them. Not only will you have to worry about your opponent, you’ll also have to deal with crazy terrain and thematic issues going on the tabletop. One battlefield might have you battling a massive dust storm while another will have you dodging lava flows. Another has you fighting while a genestealer infestation has occurred! Talk about watching where you step… 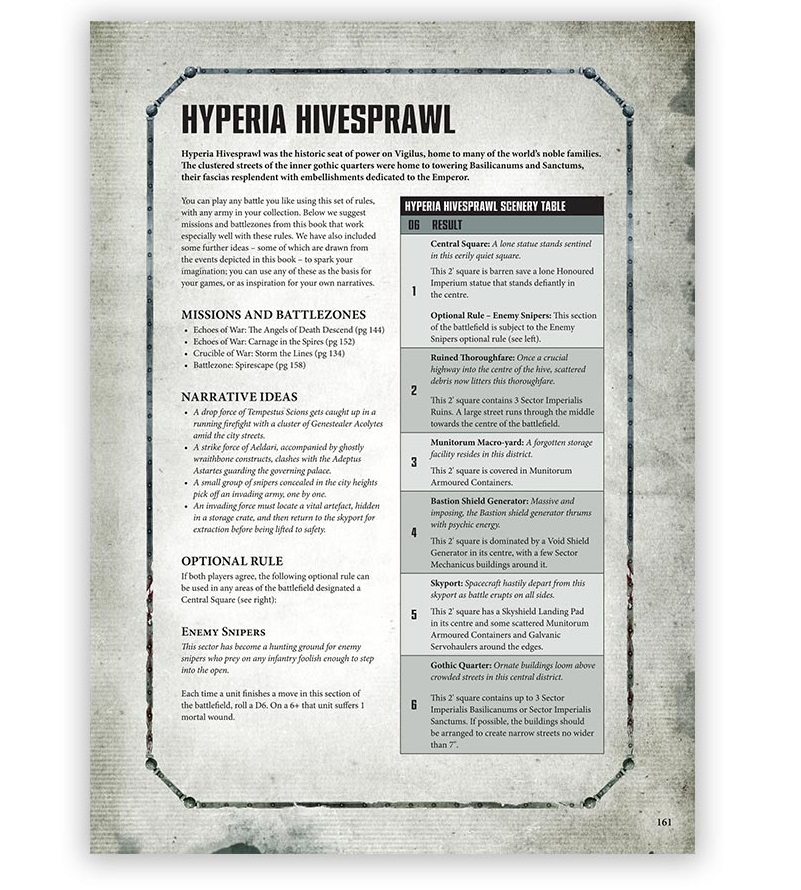 Finally, there are the new War Zones to play on. These are templates you can use to help you lay out your board with terrain using a handy chart. Plus, each one has recommended missions and optional rules you can use in the game as well.

If you wanted to combine all of these special rules into one battle you’d have a tectonic shift from your “Standard” game of Warhammer 40,000! Sounds like it could be a lot of fun to me.

Get ready to shake things up on the campaign trail with Vigilus Defiant – up for Pre-Order this weekend!