The long-awaited successor to Dead of Winter is finally on the horizon. Gen7 takes many of the mechanics which made Dead of Winter an exciting thrill ride and fine tunes them into a wholly new experience.

Honestly, not a while lot to remark on this week. A couple of regulars that often make the list and a handful of newbees making their first visit. So, rather than dwell on it, let’s dive right into the colony vessel headed for Epsilon Eridani system. Earth has been exhausted of its resources and abandoned and your ancestors were the brave souls willing to travel across the stars to settle a new planet. Thirteen generations will be born on the vessel and the first six generations have come and gone without a hitch.

However, as the latest command team takes control, a terrible mystery threatens the entire mission. The fate of the human race depends on the success of this mission and the commanders of the ship are starting to realize not everything is as it seems.

Gen7 is a cooperative legacy dice placement game with dice rolling, level up and resource management mechanics. The goals of the players vary from episode to episode. 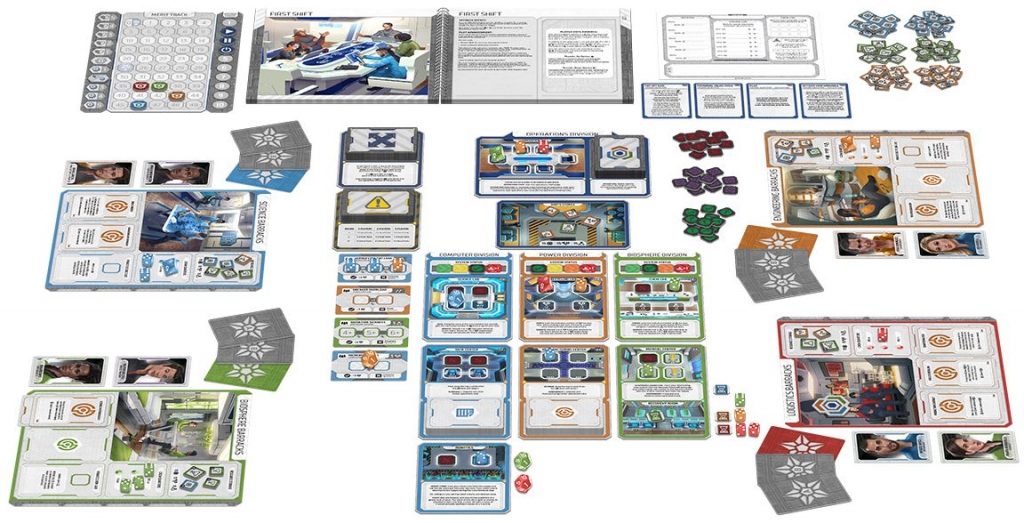 The game’s narrative plays out over 7 episodes, with each episode playing out over several rounds. Gameplay is fairly straightforward. At the start of each round, the players roll their dice. Each of their dice represent the crew at their command: colonists, robots and officer, each with varying strengths. After the dice are rolled, they are placed worker-placement-style at the various seats within the various divisions around the ship: Robotics, Power and Biosphere. Each of these provide the resources players will need to deal with the critical tasks.

Critical tasks are dealt at the start of every round and require a specific set of dice place on them to complete, as well committing enough resources. Failure to complete a critical task will damage the ship. Resources can be pooled by the players in to the ship’s supply. Doing so, earns the player Merit, which is used to level up your character between episodes. Gaining enough merit will earn the player a choice of special ability to gain. 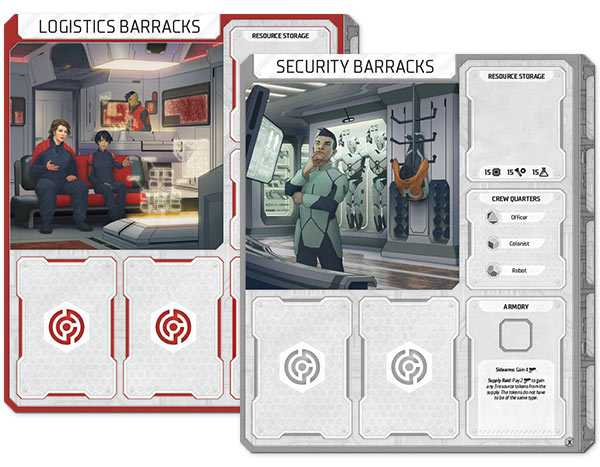 Not to cut the review short, but that’s about all I can reveal about the game without giving away spoilers. The log book provided with the game, which provides the narrative, even has hidden information moving into round 2 of your very first game. However, I can tell you that Gen7 will provide tons of choices for the players to make. If the subtitle ‘A Crossroads Game’ sounds familiar, it’s because Dead of Winter used the same subtitle. Gen7 uses a similar mechanic with providing players special decision cards throughout the game, which will affect how the episode will play out. Additionally, the decisions and results of the episodes will affect future episodes. On top of that, the game is designed to not permanently affect any game components. Meaning, you can tuck everything back into their boxes and folders and play again, making new decisions and seeing how the story changes. 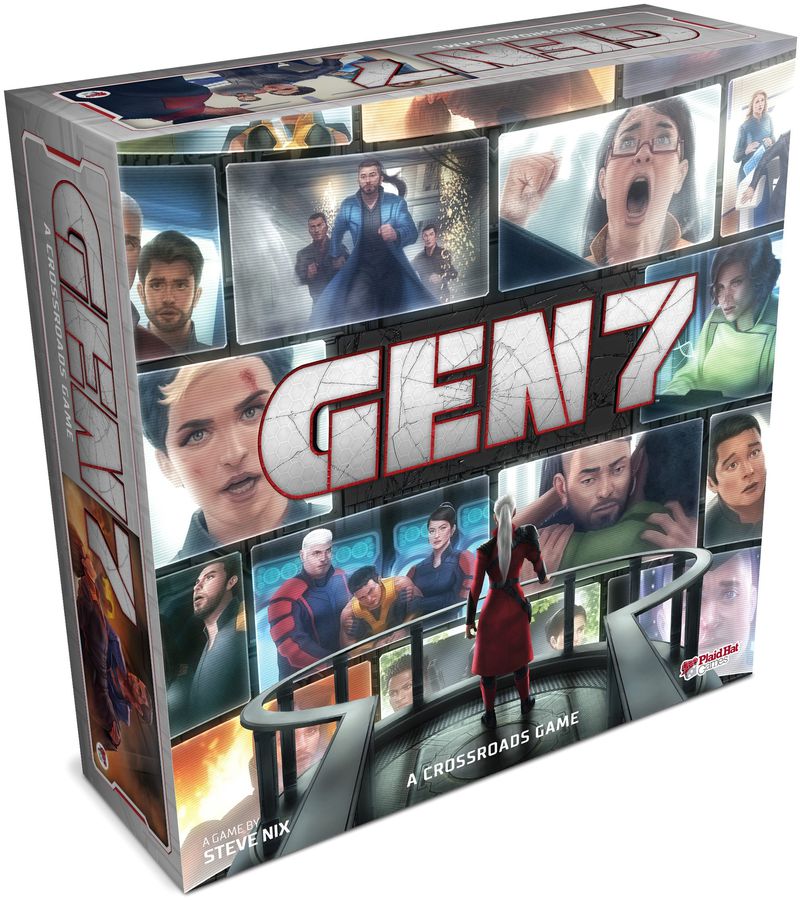 Gen7 is a grand narrative game with multiple possibilities. The choices players make as they play will alter the direction of the story. Gen7 is a Crossroads Game in the tradition of the award-winning Dead of Winter, and will constantly challenge its players with a variety of unique situations that will force them to make difficult moral decisions. Will you compromise your integrity to ensure the safety of your crew? Will you value their lives over the safety of the mission?