Starfinder: The Heart Of Night Beats To The Signal Of Screams 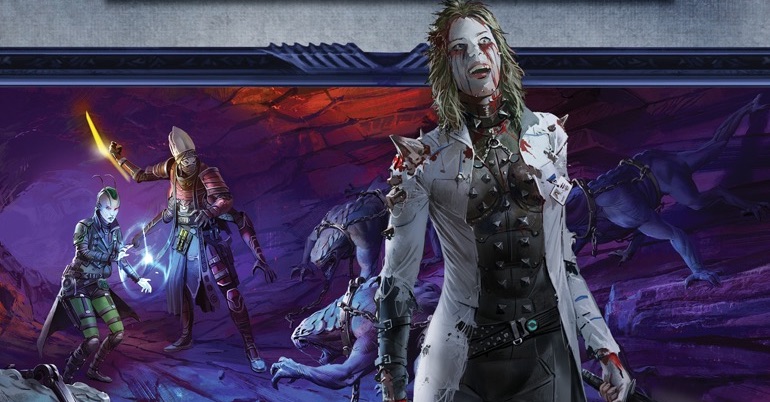 Heart of Night, the chilling conclusion to Starfinder’s sci-fi horror themed adventure path, the Signal of Screams, is due out next year–so here’s a quick look at what you can expect. Shadows, faceless beasts, and other weirdness abounds in Heart of Night.

The Signal of Screams draws players in for a much darker (some might even say Pitch Black) final act, with an ever-expanding region of corrupting darkness spreading through the maddening signal, and aliens from the plane of Shadow and new frightening monsters, this delivers the monstrous punch a good horror story’s final act should. No more jump-scare fake outs here, now the monsters are real. And they’re hungry. 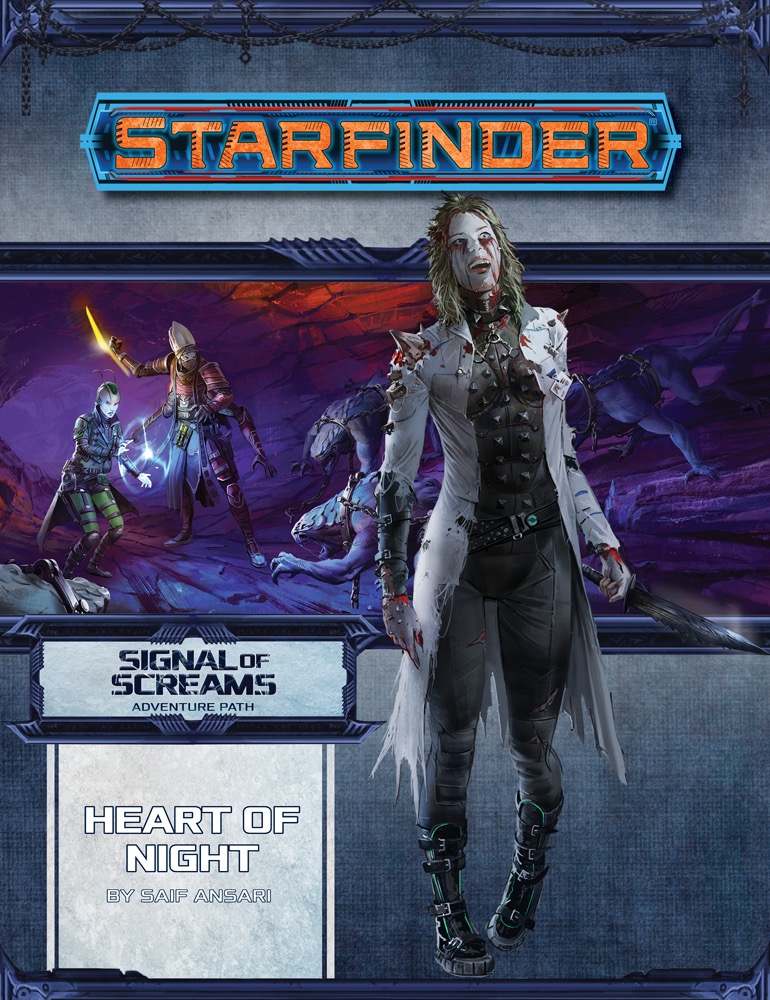 Shadow of a Doubt

Trapped on the Shadow Plane, the heroes find their only hope of returning home is to find and defeat Dr. Lestana Gragant, the twisted scientist who is attempting to broadcast a maddening signal throughout the galaxy. If the PCs can make their way past shadowy foes and terrifying obstacles, they might be able to wash the stain of corruption from their souls!