Wyrd: Let the Fire of the Burning Man Walk With Me 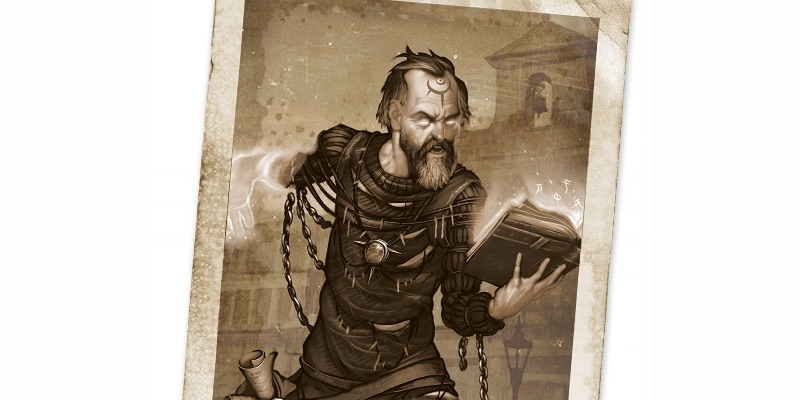 Catch up with the Other Side’s timeline with these scribbled notes from a history professor that dissapeared just as the battle of London began.

For those not familiar, Malifaux is set set in an alternate reality through the Breach – a portal between Earth and Malifaux. The Other Side takes place on Earth – on the other side of the Breach. Foes from Malifaux are making their way across the Breach and attacking cities like London. The King’s Empire stands to protect the city and its inhabitants. Part of that is gathering as much intel as they can about the enemy in order to destroy them.

One of Wyrd’s imps got foundsome scribbled notes buried in their warehouse that help fill in the Other Side’s timeline. The good professor’s notes give us new information about the breach, and how the Cult of the Burning Man and Ephraim Wade are involved in the conflict. 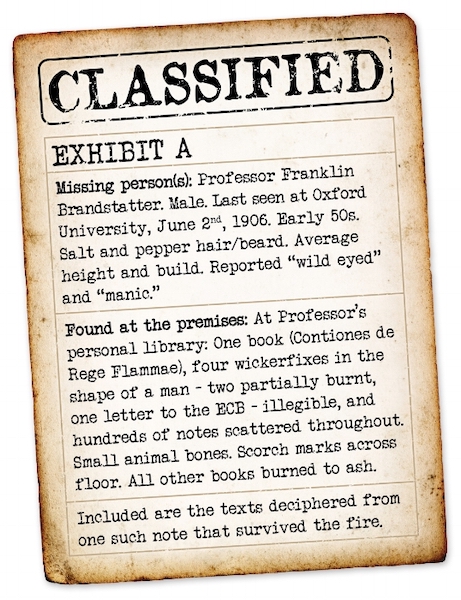 1642 – The Beginning, or When We First Discovered Soulstones

Abyssinia, a country separated by secrets for centuries, forced to share their knowledge with their allies to prevent overwhelming losses in the battles to come. It has recently been discovered that Abyssinia was the first recorded power to obtain Soulstones after an isolated Breach (which has since closed) opened in their country’s borders. It would be another hundred and forty five years before the rest of the world was introduced to their magical energy.

A bright – if brief – time in our world’s history, a time that most scholars still believe was Earth’s first gaze upon the new world – wrong. The Council opened the portal Breach to Malifaux, walked its city’s streets… but little did they know that the Breach was an open window, and not a one way street. We all know of the events that occurred, but as to how and why the Breach had closed a decade later remains a mystery. Keep it together. You can make it through this.

After the Breach closes, the world bites at the necks of allies and enemies for control over Soulstones. Allegiances form while others are torn, leaving a gap for Guild of Mercantilers to establish itself as a world power in London – thanks to obtaining the majority of the world’s Soulstones in a very short amount of time. A stepping stone for the good and beautiful, born in fire for worldwide civility. 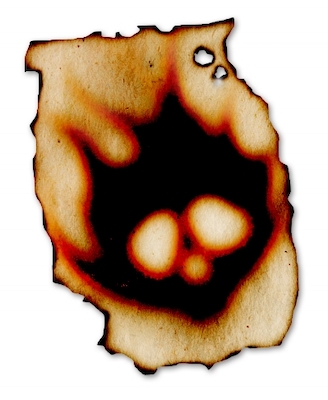 The Guild opens the Three Kingdoms’ ports for trade. Over the next few years, the Guild’s influence over Vietnam, Japan, and China help bring peace over the war-torn countries in a recovery effort after the Black Powder Wars. Why are you lying to them? This isn’t you. Speak the truth, of the wrongdoings, of the police states. Wake up. Don’t think about the man before the Burning Man. He is not worth protecting.

Without rhyme or reason, the Breach bright and blue and shimmeringreopens. The Guild seizes control over Malifaux City, and their Soulstone mining continues. A Governor-General is appointed, a Herbert Kitchener, who sought for greatness, and found it in fire. Somewhere in Windsor, a man has visions of a being robed in magma and crowned in flame. Think of something else. Anything else. Fight these thoughts, these bright and beautiful dreams. 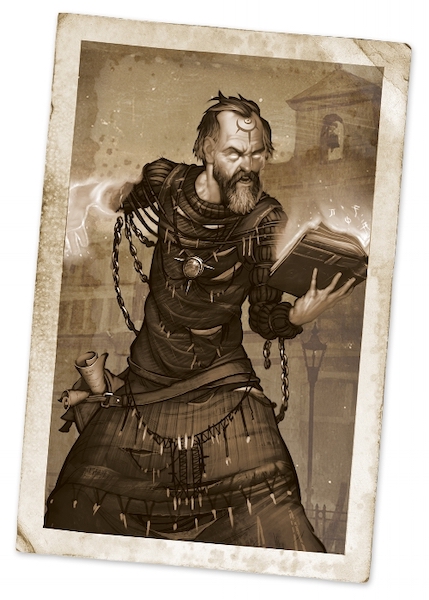 A king god man named Ephraim Wade performs a sermon at the Cathedral of St. Mary-le Bow, and speaks the truth a fearmongering sermon, of an apocalypse wrought in hellfire, and of the Burning Man, who would cleanse the unfaithful and bring about a new order from their ashes an entity who would later become the focus of his book THE BOOK, the Contiones de Rege Flammae, and the words that would form and spark the creation of the Church of the Burning Man.

Continue reading the professor’s notes to learn about Ephraim Wade…