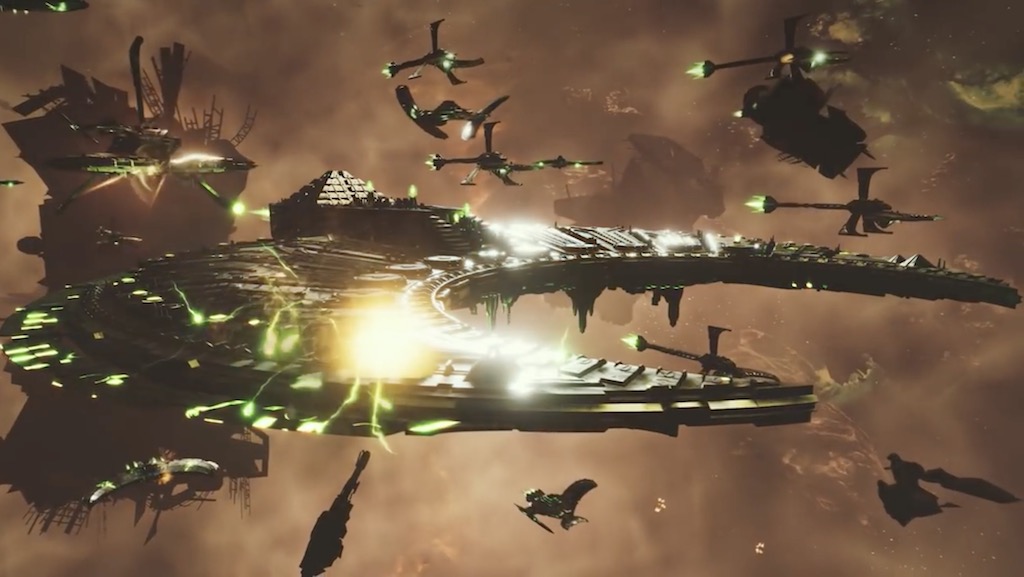 The Necron Cairn Class Tomb Ship is powerful enough to sunder fleets of smaller ships, while transporting millions of undying robots across the void, ready to reclaim their long-lost worlds.

More and more of the megacapital ships are being unveiled for Battlefleet Gothic Armada 2, and today we’ve got a look at the Necron Cairn Class Tomb Ship, which is massive enough to be almost a tomb world unto itself. A tomb-moon if nothing else. And it packs all the firepower and resillience that you’d expect out of a ship made entirely out of Necrodermis. 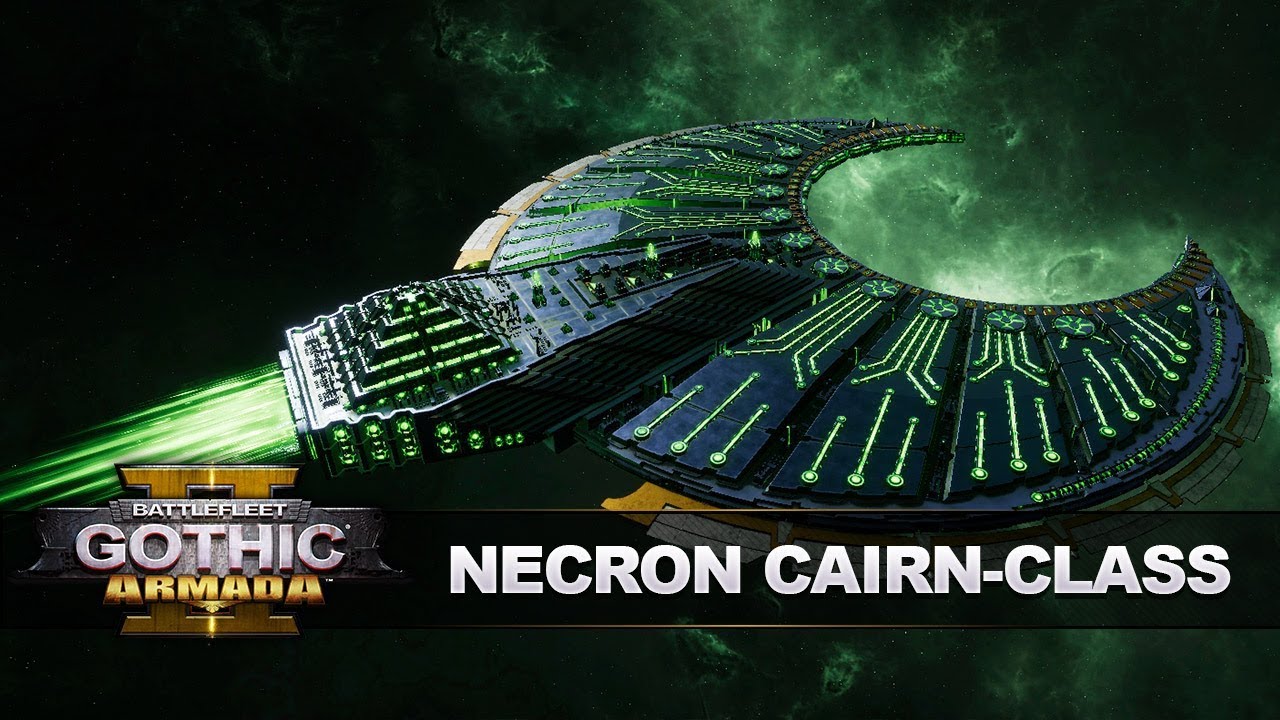 The Necrons have some powerful technologies at their disposal. With living metal that continually repairs itself, weapons that can bring down star gods, and an understanding of technology that not even the Adeptus Mechanicus can hope to achieve, they are poised to reclaim the galaxy that was once rightfully theirs. Assuming they aren’t driven mad in the process of awakening from millions of years of slumber and inactivity. 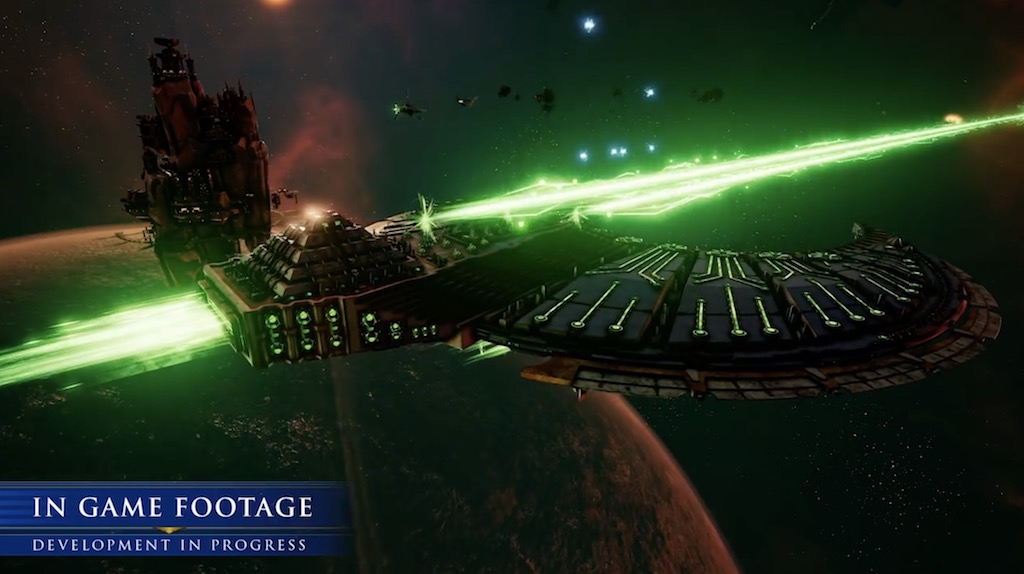 In the meantime, this ship looks amazing. Again, you can really get a sense of the scale and variety of the ships in Battlefleet Gothic Armada 2. They’re really stepping it up in terms of modeling the existing ships and filling in the gaps in description with gameplay mechanics. Necron ships are all capable of making short jumps that help them teleport across the map, which is good because otherwise they are slow and lumbering. 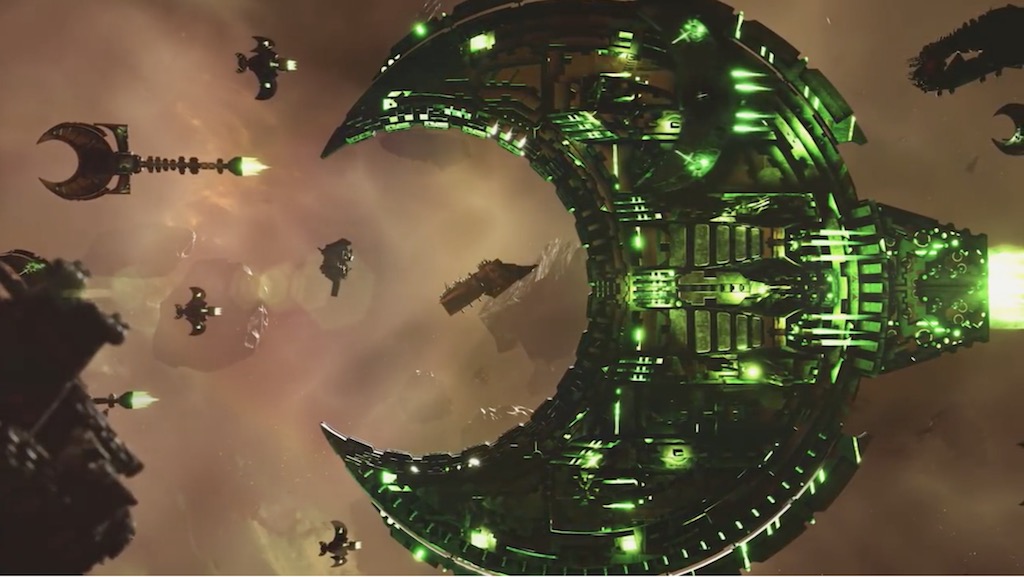 All of which shows the incredible eye for detail that the team working on Battlefleet Gothic Armada 2 have taken when designing the fleets. This is the anchor for the rest of the necron–gleaming with ancient malevolence, it’s ready to take down the stars themselves.

What faction are you looking forward to for BFG2?