40K: The Return Of Ciaphas Cain And Other Stories

As we close in on the Black Library’s Celebration (which includes that awesome new Severina Raine Commissar mini), here’s a look at what else is in store from the Black Library. Ciaphas Cain (and Sandy Mitchell) are back.

That’s right, theHERO of the Imperium is bac.k, as is Commissar Ciaphas Cain and the rest of the Valhallan 597th, who will quickly find themselves in another fine kettle of fish, this time on a world overrun with Chaos cultists. Meanwhile, Orks and Space Marines battle it out, the Deathguard have some stories, and other thrilling tales of heroism await this week from the Black Library. 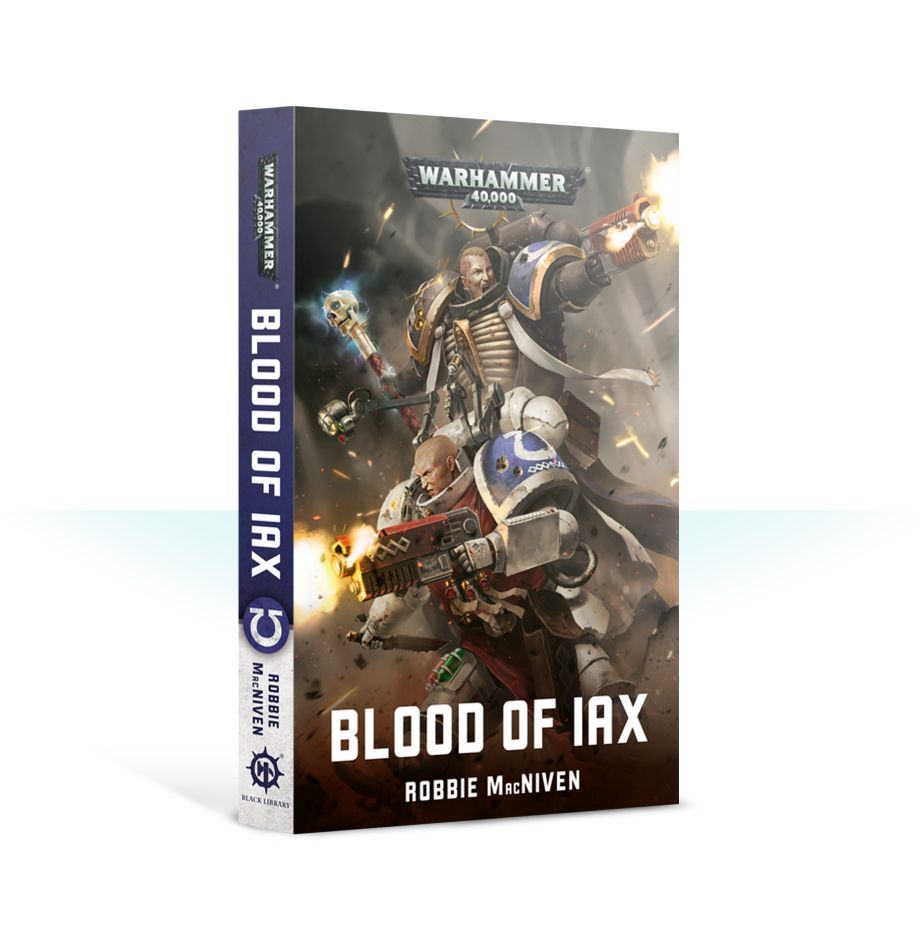 When Ultramarines Primaris Chaplain Kastor and Apothecary Polixis are separated in the fight against a fearsome ork warlord, they must battle to survive and be reunited.

READ IT BECAUSE
The characters from Robbie MacNiven’s Advent Calendar tale A Brother’s Confession return for a full-length adventure that will pit them against the power of the Waaagh!

THE STORY
In the age of the Dark Imperium, Primarch Guilliman’s Primaris Ultramarines are a shining beacon in the darkness of war. On the Imperial Hive World of Ikara IX, Chaplain Kastor and Apothecary Polixis, brothers in blood as well as in battle, stand firm against the endless greenskin horde. But a threat is looming. An invasion like no other assaults the broken city of Shebat, as the crazed warlord Urgork arrives to lay waste to the Imperial forces and capture a Primaris Marine for his own twisted ends. As Kastor and Polixis find themselves separated by the disaster that unfolds, the brothers must turn the tide of war to win the battles that rage within their very natures, as well as those upon the battlefield. 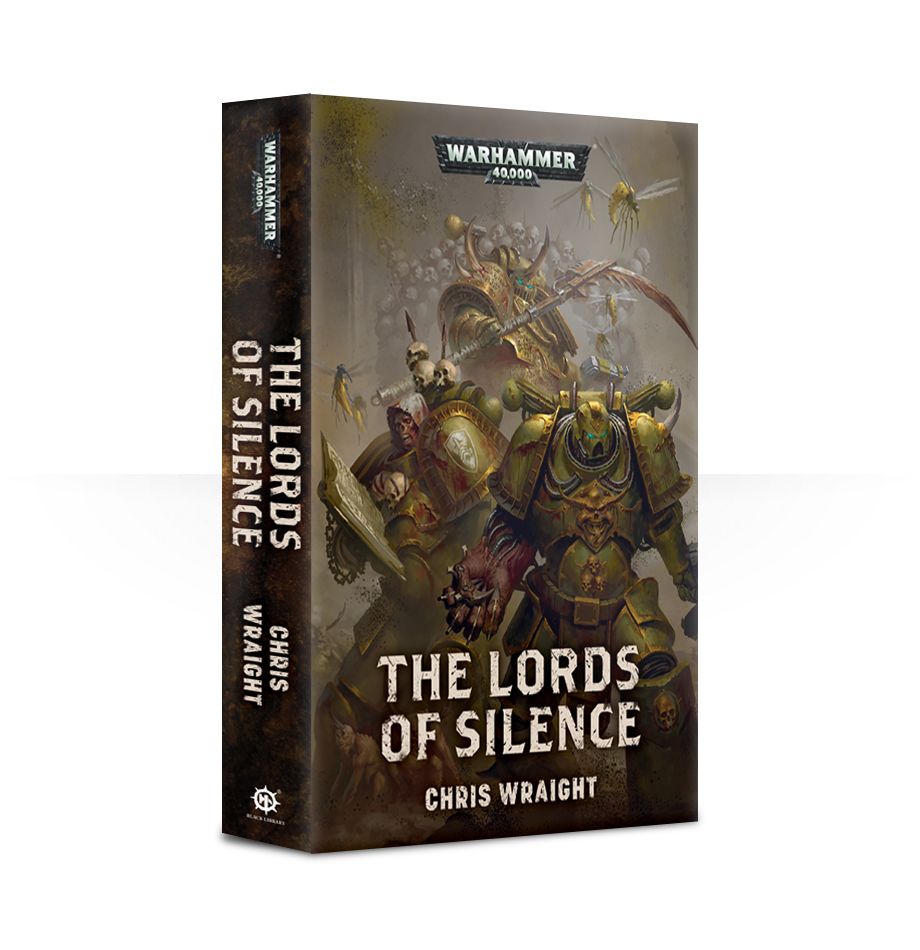 The galaxy has changed. Armies of Chaos march across the Dark Imperium, among them the Death Guard, servants of the Plague God. But shadows of the past haunt these traitors…

READ IT BECAUSE
The Death Guard have returned to prominence with the return of Mortarion and their fabulous model range, and Chris Wraight’s previous work with them (in his Space Wolves novels, notably) makes him the perfect person to delve into their particular darkness.

THE STORY
The Cadian Gate is broken, and the Imperium is riven in two. The might of the Traitor Legions, kept shackled for millennia behind walls of iron and sorcery, has been unleashed on a darkening galaxy. Among those seeking vengeance on the Corpse Emperor’s faltering realm are the Death Guard, once proud crusaders of the Legiones Astartes, now debased creatures of terror and contagion. Mighty warbands carve bloody paths through the void, answering their lord primarch’s call to war. And yet for all their dread might in arms, there is no escape from the vicious legacies of the past, ones that will pursue them from the ruined daemon worlds of the Eye of Terror and out into the smouldering wastes of the Imperium Nihilus. 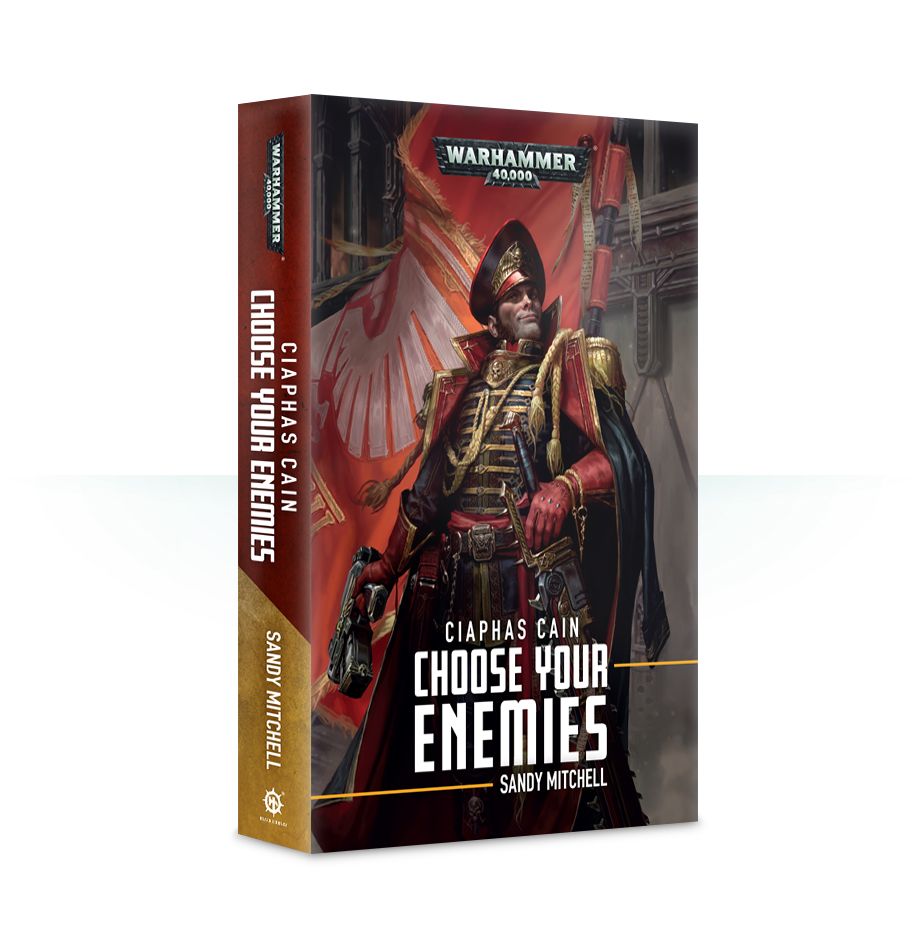 Commissar Ciaphas Cain returns! After putting down an uprising on a mining world, he finds evidence that the corruption might have spread to other planets, and the forge world of Ironfound could now be at risk…

READ IT BECAUSE
It’s been a long time, but the self-styled Hero of the Imperium is back in action! And he’s doing what he does best – telling tall tales of his unlikely exploits.

THE STORY
Commissar Ciaphas Cain and the Valhallan 597th are in the thick of it again, putting down an uprising of Chaos cultists on an Imperial mining world. Though their mission is a success, they find evidence that the corruption might have spread to other planets, and that the forge world of Ironfound could now be at risk. The munitions Ironfound produces are vital to the Imperial war effort in the sub-sector; its safety must be assured at all costs. As battle explodes across the planet, Ciaphas Cain and his regiment come up against allies and enemies old and new in their fight for victory against the forces of Chaos. 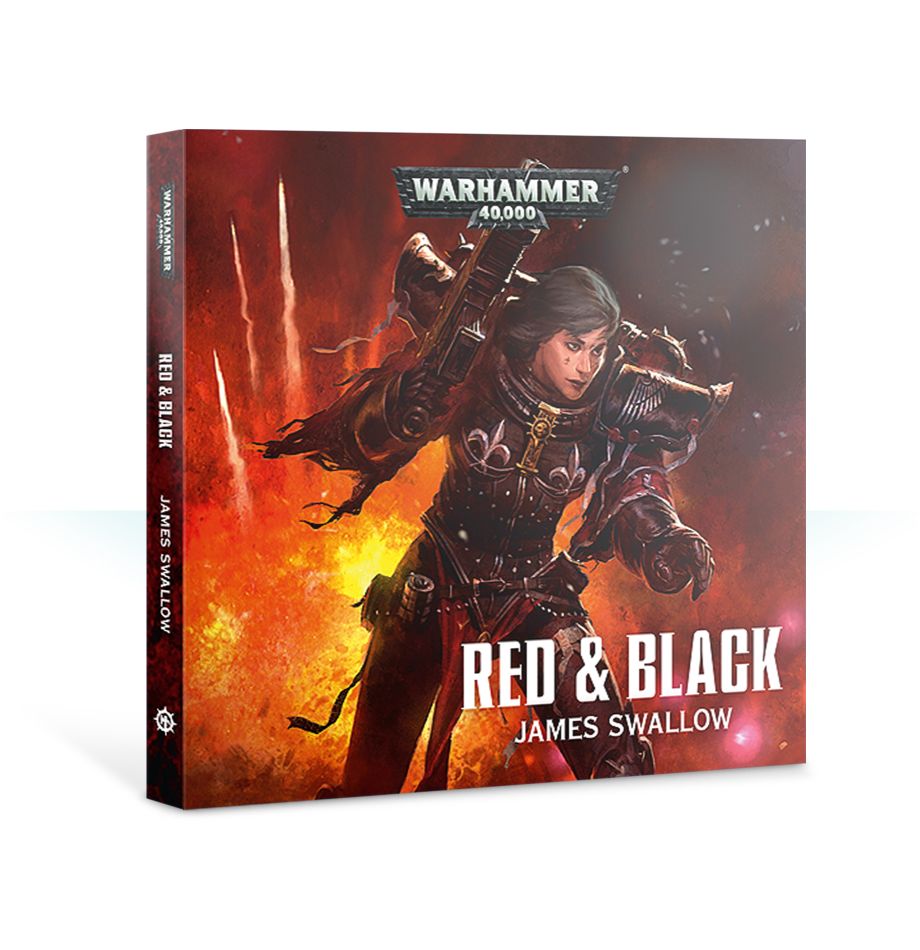 When a mysterious messenger contacts the Adepta Sororitas, Celestian Miriya must travel to Hollos and pass judgement on the world. Will she find a world embracing the Emperor’s truth or one in need of cleansing? Her decision will liberate or condemn an entire planet.

LISTEN TO IT BECAUSE
Sister Miriya faces a unique challenge – not bringing the Emperor’s wrath to the enemies of mankind, but seeing if a new world can be brought into the Imperium without need for a purge…

THE STORY
The Ecclesiarchy is the great church of the Imperium. Founded on the worship of the God-Emperor of Mankind, it guards the sanctity of the Imperial Creed and protects the celestial truth of the Emperor’s divinity. Its ideals are enforced by the bolters and flamers of the Orders Militant of the Adepta Sororitas – the Sisters of Battle. After two millennia, the warp storms raging around the Hollos star system have abated, allowing the isolated planet of Hollos to reconnect with the Imperium. When a mysterious messenger contacts the Orders Militant, Celestian Miriya must travel to Hollos and pass judgement on the world. Will she find a world embracing the Emperor’s truth or one in need of cleansing? Her decision will liberate or condemn an entire planet. 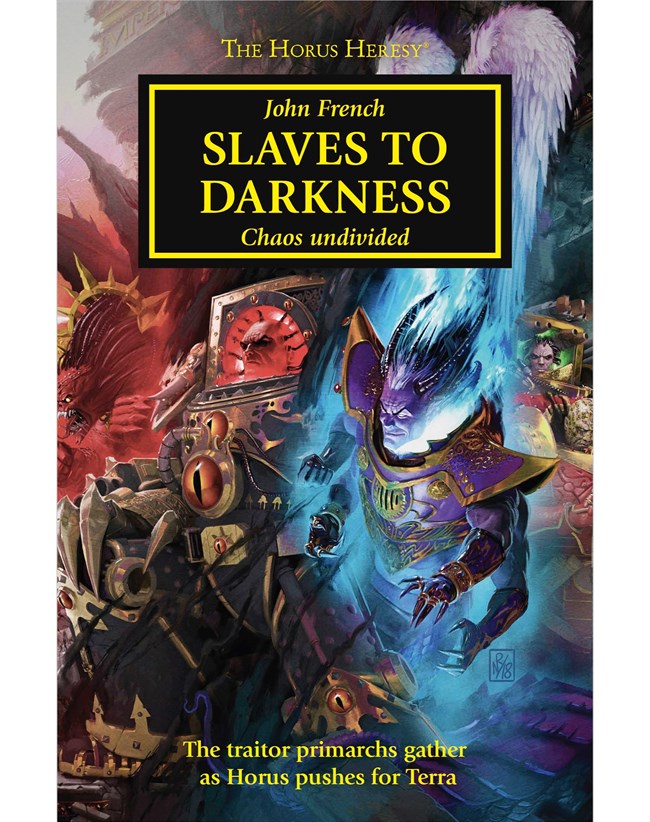 As the traitor fleet closes on Terra, turmoil grips its heart. Horus lies wounded, and as the greatest battle of all time looms, it falls to Maloghurst the Twisted to hold the force together and save the Warmaster..

READ IT BECAUSE
The time is nearly here… but first, the events of Wolfsbane have left Horus in a bad way, and now we get to take a look at the inner workings of the Traitor fleet as it threatens to fall apart.