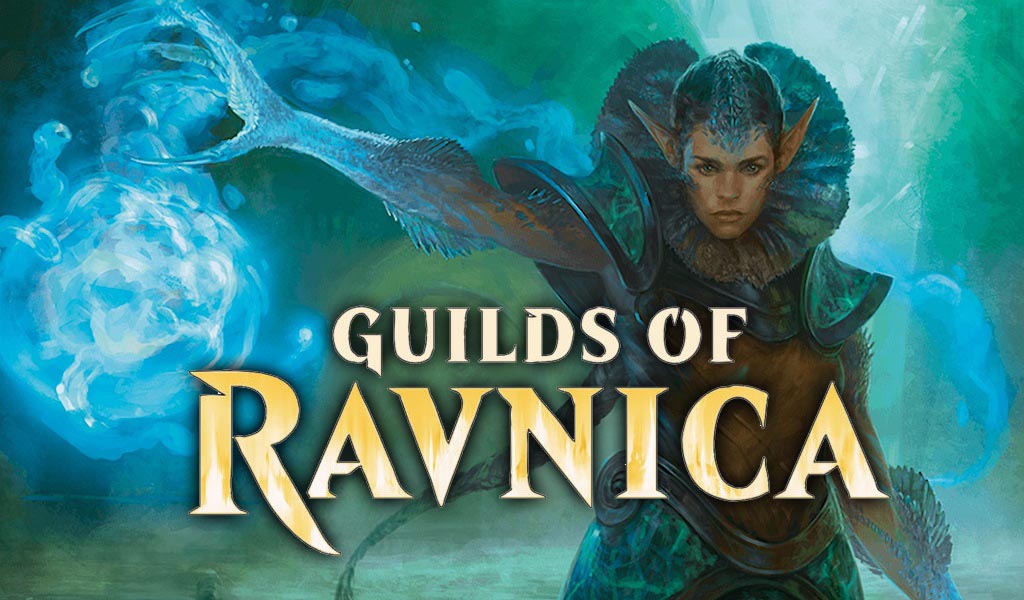 Come take a look at the slimy saviours of slippery science that sit astride the Zonots of Ravnica–come meet the bioengineered members of the Simic Combine.

The Simic Combine is a guild that, unlike a surprising number of Ravnica’s “guilds” isn’t actively working to destroy it, murder-carnival everyone living in it, secretly control it–but rather they are working to save it. It’s just that, in Ravnica, sometimes the only way to save the world is by grafting fish parts to everyone you can get your hands on. Come take a look at the biomages and secret experiments of the Simic Combine. 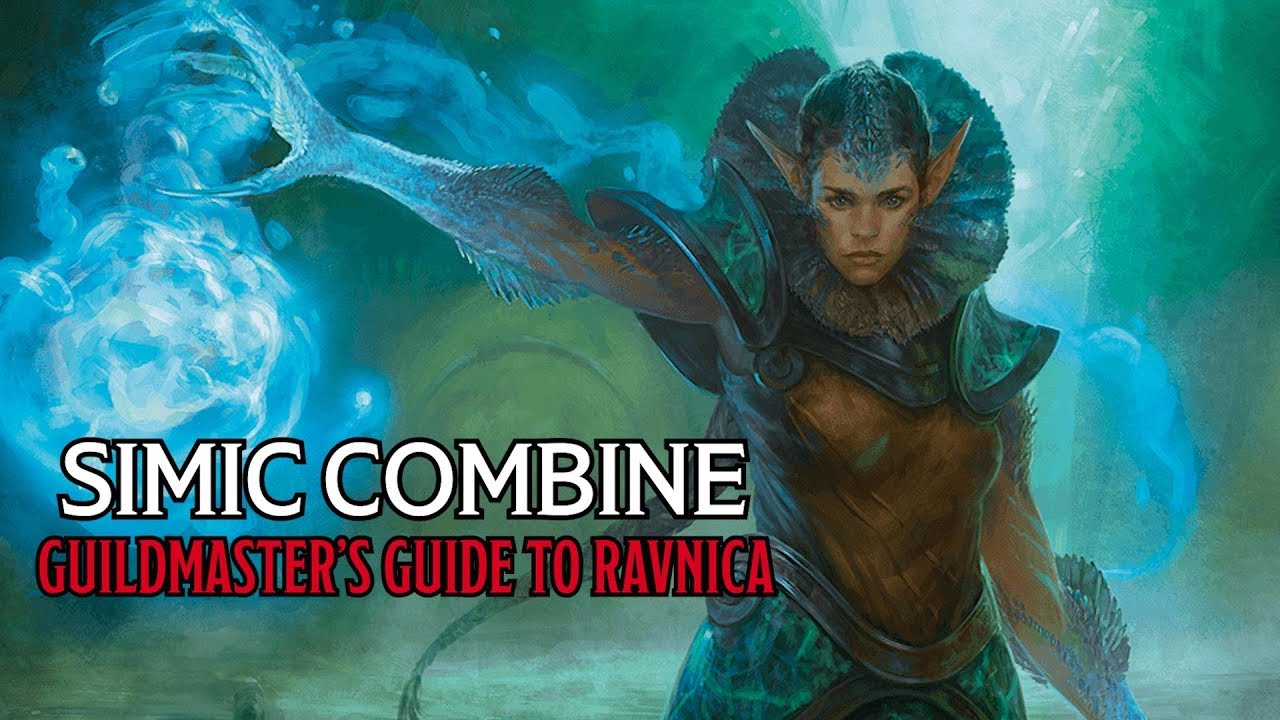 Say what you will about the Simic, but they at the very least stick to their guns. As the saying goes, when the only tool you have is a natural predilection for biomancy and the ability to tinker with the design of intelligent creatures to create things that probably shouldn’t be, then every problem you have starts to look like it could be solved by grafting fish/bird/lizard parts onto people. 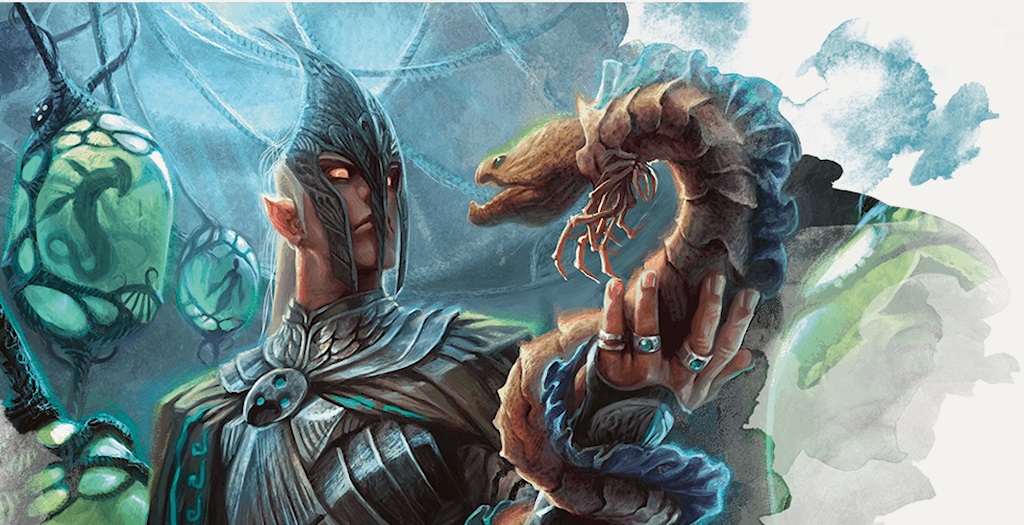 I do love them as a Guild though. They are one of the few that make for easy heroes and villains and often at the same time. All you have to decide is how much “too far” they take their organic tinkering and you can hone the dial in wherever you need it to be. Whether it’s getting the classic villain that believes they’re really and truly trying to save the world, even if it means forcing everyone to undergo Simic treatments to become some kind of Krasis creature, or maybe you have the delightfully quirky scientist who takes things a little too far, but is always charmingly trying to graft toxic spines onto your Wizard’s cat familiar or something.

Both of these characters could even fit in the same campaign. The Simic Combine is full of narrative potential. They might be one of my favorite Guilds to have, because they can fill whatever role you need in your campaign, from villains to foils to rivals to supporting characters–though they really shine taking center stage with the characters as well. You could easily imagine a campaign where the characters are Combine researchers who are tasked with carrying out experiments, gathering tools, harvesting organs, breaking into research facilities to prove that their superiors are creating things for evil–you get the best parts of the Underwater levels and aquatic Lovecraftian aesthetics. 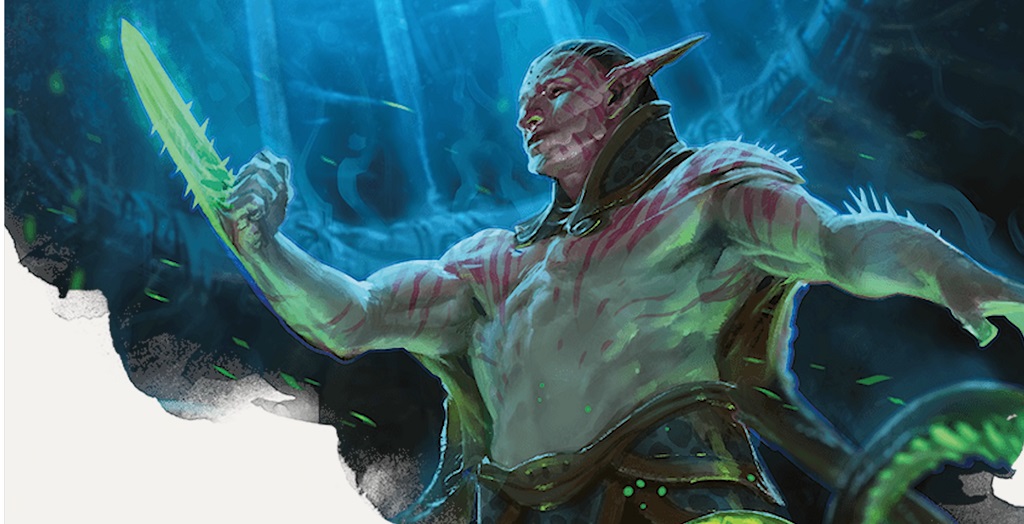 All that to say, as a Simic, life is pretty great. As a researcher, you’ll have access to the following traits.

We’ve touched on their Guild Ranking system already–and in great detail–so we won’t rehash that here. But the upshot of it is: as you rank up, you’ll have access to more and more adaptations for your companions, and can call on more creatures to help you carry out the research and experiments you’re expected to perform.

You also get a Simic Charm, which grants you access to Enlarge/Reduce, Enhance Ability, or Gaseous Form once before its magic is spent. 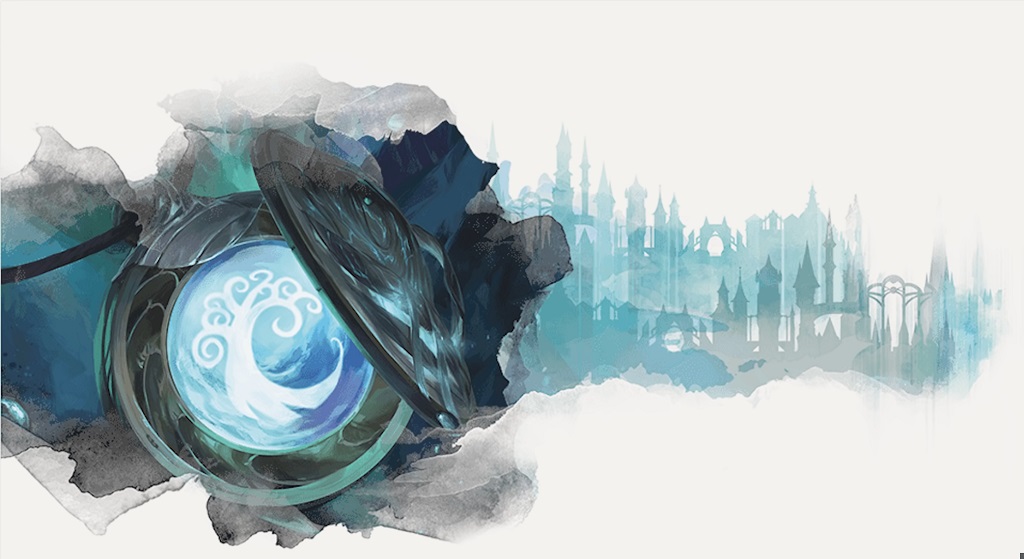 It all feels very on-brand for the Simic. Again, they have a theme and they go after it with all their might. As evidenced by the head of their Guild, Zegana, the Prime Speaker: 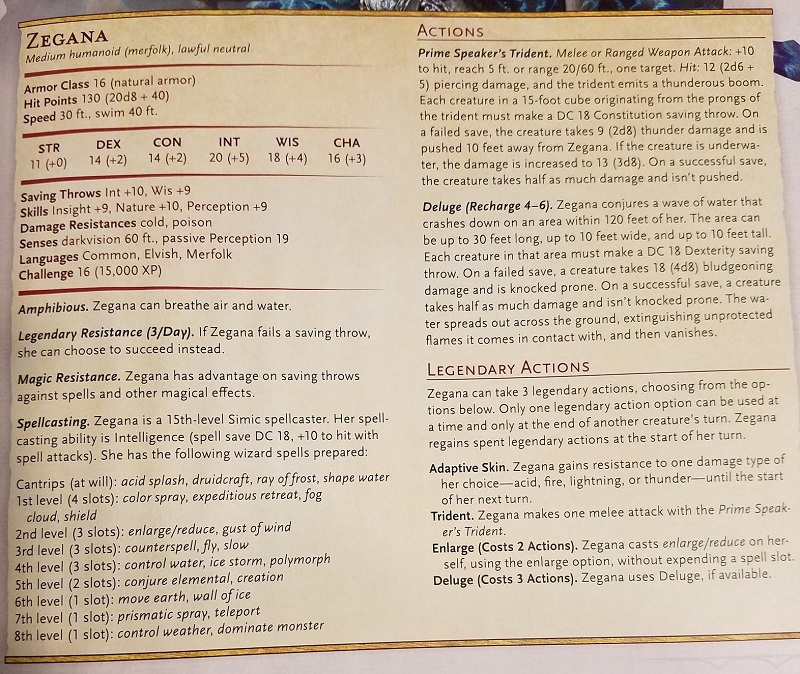 Who, in addition to having a powerful suite of Simic-y spells, is also capable of commanding the waters with her trident and Deluge, giving her just enough power to hold her own against a party of adventurers, and that’s before we get to her Legendary Actions, Resistances, and more. 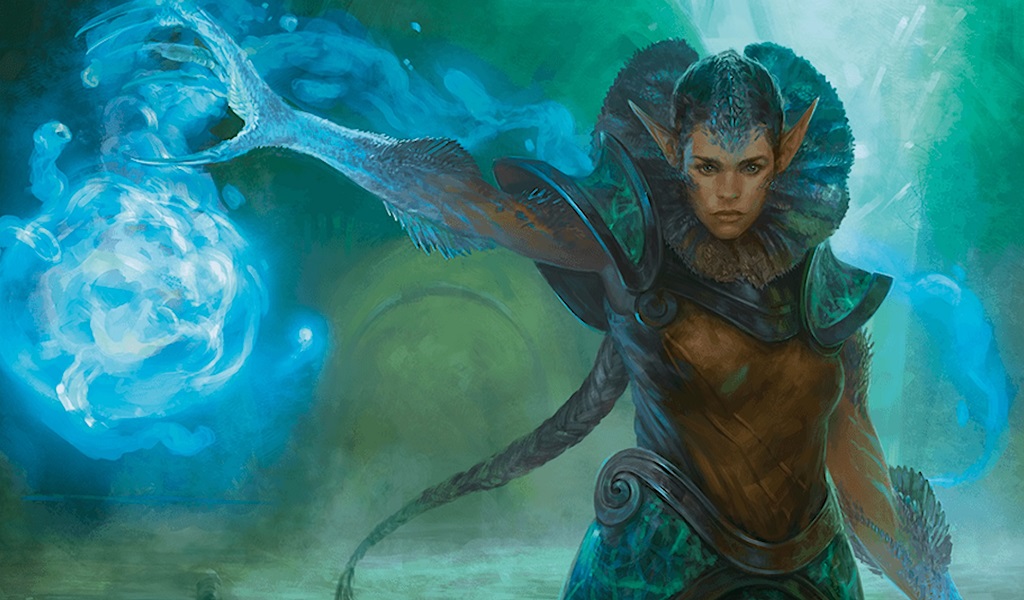 If you’re looking to fill out your Ravnica campaign (or for a Guild that could just as readily slot into any high-magic campaign) the Simic Combine is a great jumping off point. Full of fish and fury, the Simic Combine awaits.