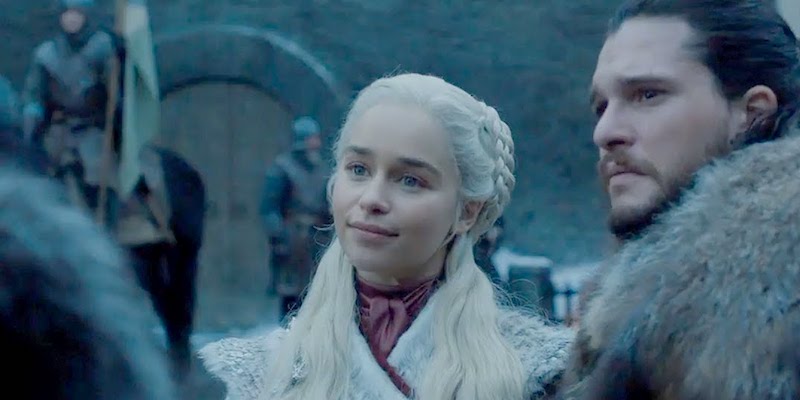 There’s a lot of new footage packed into this 60 second first look – both of shows, new limited series, and movies. They’re brief, but the hints they share are big.

True Detective Season Three – Not a bunch new here, but we’re really close to the debut. This season we return to the South with a new story from series creator Nic Pizzollatto. Mahershala Ali plays a detective lost in an old case, the case that ended his career, that is much more than what it seems on the surface. The initial reviews are comparing it to the first season.  Debuts January 13th.

Watchmen – The new series was announced May of last year. It’s being led by Damon Lindelof (Lost, Prometheus). It’s set several years after the classic graphic novel and will have some familiar characters, but it will “also attempt to break new ground of its own.” Confirmed cast so far includes Jeremy Irons, Regina King, Don Johnson, and Louis Gossett Jr. Trent Reznor and Atticus Ross are creating the score/soundtrack. No release date set.

Game of Thrones The Final Season – Well well well. “Winterfell is yours – Your Grace”.  Sansa looks more than a bit non-plussed about the entire setup. Dany is there with Jon Snow, as is Jorah and Brienne. I’m thinking a mid-season giant battle for Winterfell is in the cards. I’m sure Bran and a bunch of others will be there as well.  Debuts in April.

There are some other ones in there that look interesting. I’ll be tuning in for more True Detective, Big Little Lies, and Game of Thrones; I’ll also be keeping an eye on the Chernobyl limited series (which is a Sky co-production) and Watchmen (even though I strongly dislike Lindelof as a writer). It looks like it’s going to be a good year to be a subscriber.