The new Gloomspite Gitz battletome also features some pretty tasty nuggets of lore–everything from where the skittering spiders of the Spiderfang hosts dwell, to what happens when pieces of the moon fall is contained within.

The Gloospite Gits are a horde of goblins comprising the Spiderfang Grots, Moonclan Grots, and Troggoths of the Dank Holds. They follow the Bad Moon across the sky and find all sorts of terrifying revelations from its malevolent influence. Where most people would be driven insane, goblins–while still driven insane–find the occasional bit of enlightenment that grants them a terrible prophetic vision of the world that is or that could be. 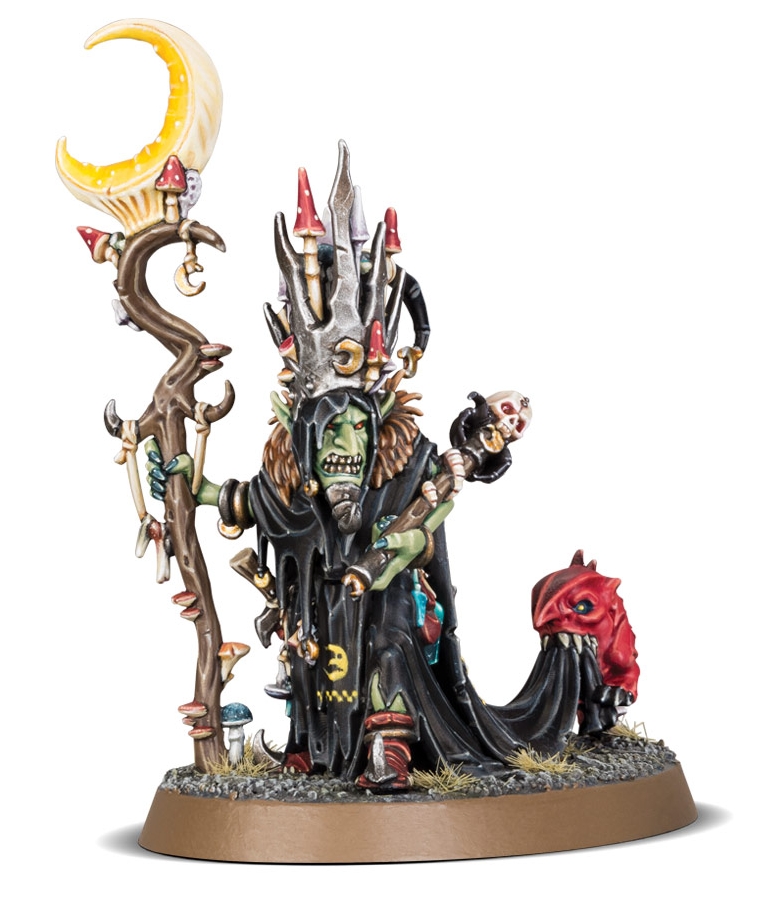 Skragrott, Loonking of the Moonclan Grots, has a secret asylum where he finds seers and prophets and scryers, especially those driven insane by the act, and from their mad babblings divines the future. 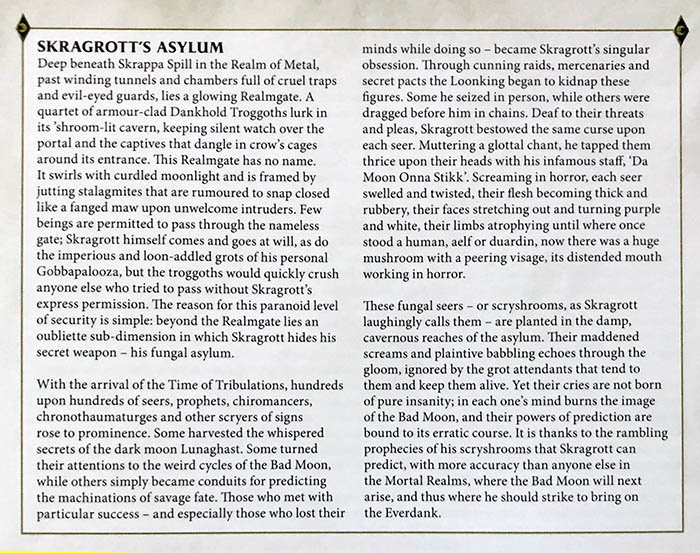 And if people getting turned into screaming mushrooms doesn’t creep you out, perhaps let’s go to the Evercrawl, the realm where the Skitterstrand Arachnoroks go to feast on their prey: 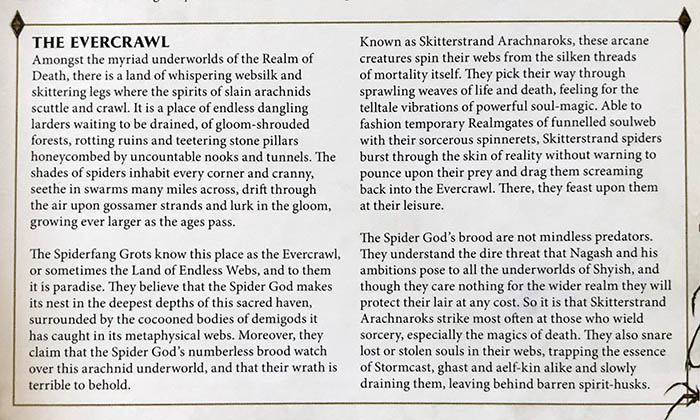 Skitterstrand Spiders can create temporary Realmgates that allow them to travel wherever they need to in order to grab hold of their prey, which as we’ve mentioned before, can be a soul itself. They prey on Necromancers–understanding that Nagash is ultimately bad for the Mortal Realms–but they’ll take any soul they can catch, Ghast or Stormcast or what have you, which makes them an interesting predator for both the Nighthaunts AND the Stormcast Eternals.

Finally we have an example of what the Bad Moon can do when it falls to pieces. Because everything in the Age of Sigmar is some kind of magic stone, here’s Loonstone for you: 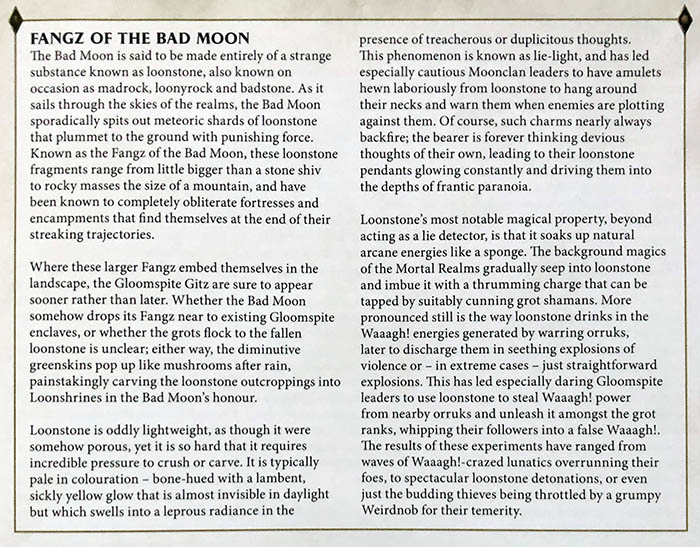 So it is lightweight, but incredibly hard to damage, glows in the presence of lies or treacherous thought, so around Goblins its always glowing. But more importantly, it can be infused with Waaagh! energy which occasionally results in an explosion.

There’s more Lore in the book–we haven’t told you about the Goblinoid sky-city, which came about when an army of grots seized a Kharadron Overlords’ sky-city while it was docked and has swarmed its surfaces ever since–but the book is full of tons of stories like that, enough to satisfy any lore junkie.

Enjoy your lore, more and more!