With News that Kill Team ARENA is imminent – it looks like GW is testing the waters on standardizing organized play.

We have all been talking a while now about how GW finds itself in an odd corner it painted itself into.

40K is both the largest most successful tabletop miniatures game in the world and yet has no formal company controlled organized play system.

GW is completely hands-off – leaving the organized play side of their products in the hands of the player community. 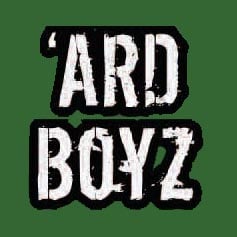 Here’s the part where GW painted themselves into a corner. Once long ago, GW did have an organized play system, players registered for it, stats were tracked, and you even got an ID card for it!

Then after the ‘Ardboyz events wrapped up, GW packed up and left the competitive scene entirely – for many years. So, of course, the player community stepped up and began to organize and hold ever larger events, and took care of “tweaking” the iffy parts of the games rules themselves. The modern-day IGT ruleset is just the most recent descendant of a long line of things such as the “DAKKA FAQ,” “Adepticon Rules,” “NOVA Rules” and others lost to the mists of time.

Now GW has turned a new leaf in recent years and is back in a big way – but there is truly a Wild West of events out there – that is hard for any organization to put their arms around. But get their arms around it GW must. Because if they can standardize the organized play scene, there are real benefits for them.

With a company run standardized rules for organized play, an army builder app, and registered player base GW can reap the benefits already being seen by the other big companies out there such as:

That last one is the real plum, as that gives the manufacturer a treasure trove of data that can be used to find over, or underpowered units, rules, combos, and factions. A manufacturer can, in turn, use this to tweak rules, adjust costs, project future unit sales, manage inventory, and a hundred other monetizable things.

Or GW can let all that data and potential revenue just sit out in the ether.

We will have to wait and see exactly how structured this expansion is, but on the surface, it seems pretty interesting. A set of rules specifically for organized play that features different modes of play including team games. We will know more in the days ahead – but to me, it sounds like GW is experimenting with a set of company defined rules meant for those running events. An experiment on Kill Team, the newest “core game” from the company.  I wonder what it means for the bigger systems like Age of Sigmar and Warhammer 40,000 down the road.

~What do you think of the idea of GW one day running organized play for all their game systems?