The Officio Assassinorum has been unveiled. Thanks to folks on Imgur, we have a look at the new Imperial Assassins index included in the March issue of White Dwarf, which means that you can see for yourself how these Assassins have changed. They’re pretty brutal–let’s take a look.

Let’s take a look at them one by one. First up here’s the Vindicare, who has a wicked Exitus rifle that will help you land head shots. 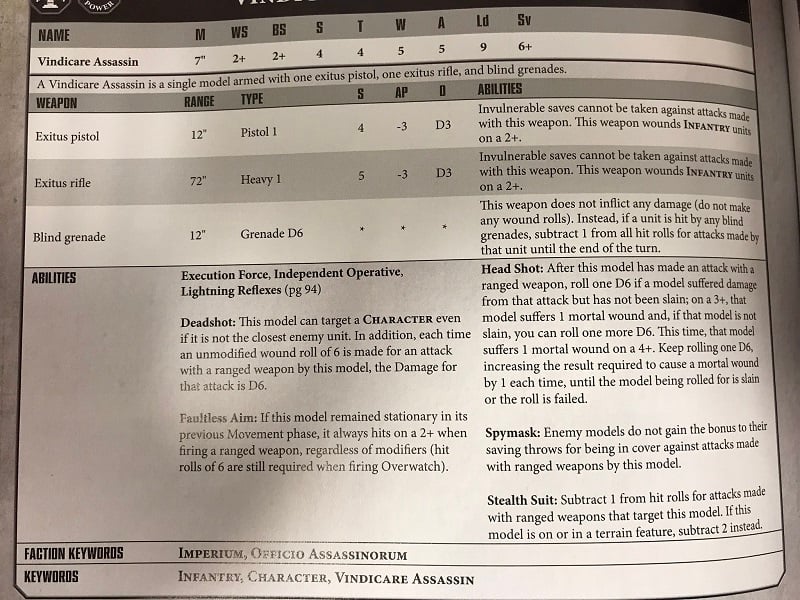 With head shot, you’ll have a decent chance at killing a 4 wound character–two of them if you use the Vindicare’s special stratagems. 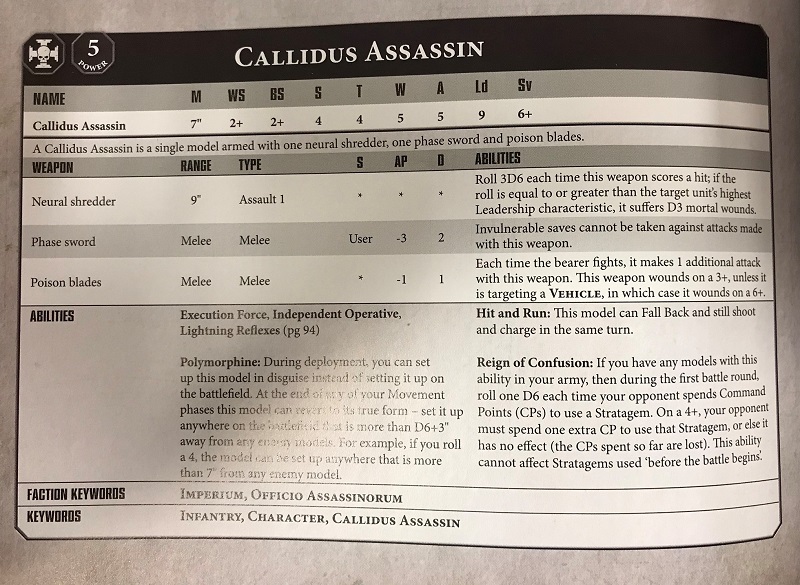 The Callidus Assassin is an interesting unit–with the Polymorphine Disguise and Reign of Confusion, there’s a lot of interesting ways to disrupt the enemy’s plans. 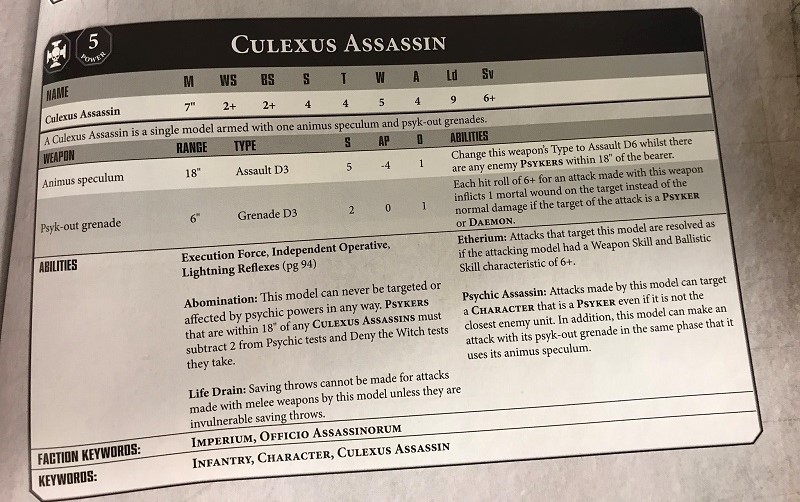 Then there’s the Culexus, whose psychic void makes them skilled at killing the living and doubly so at killing psykers. 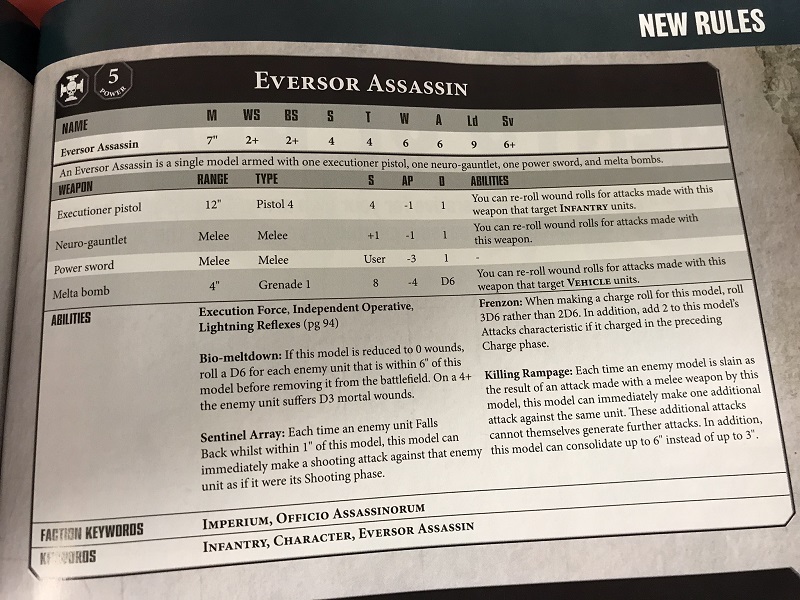 And finally we have the Eversor Assassin who’s seen some upgrades as well. There’s a lot to dig through here, especially paired with their new stratagems. And now here’s a look at their army special rules. 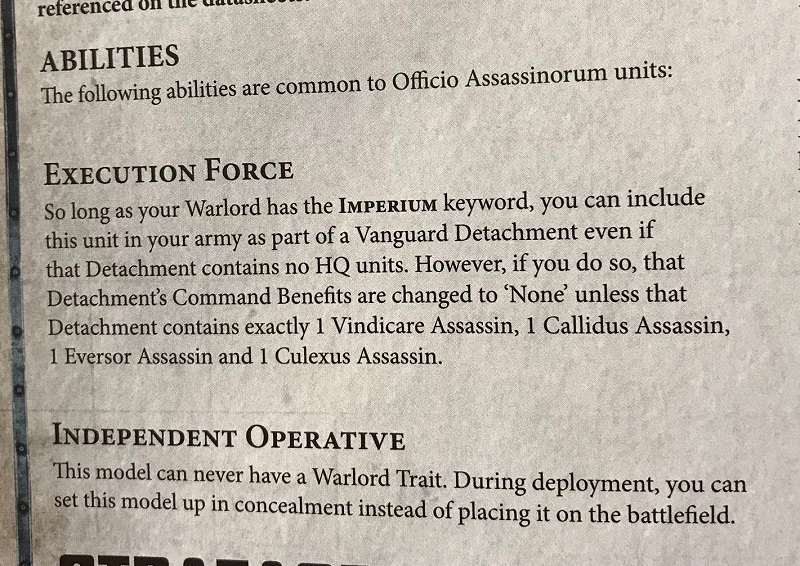 Lightning Reflexes gives each of the Assassins a 4+ Invulnerable save as well, so each of these will have a chance of getting in there and doing what they need to do. And at 85 points, Wargear included, the Assassins are an affordable option if you’re looking for some heavy hitters no matter what kind of army you’re fielding.

Who knows what other armies might get an Index–we might see some kind of Imperial Agents Index that makes the Ecclesiarchy or Crusaders a thing again–but in the meantime, the Assassins are enjoying a moment in the sun.

What do you think of the new Assassins? Let us know in the comments!

Tabletop Gallery: We Have Visitors