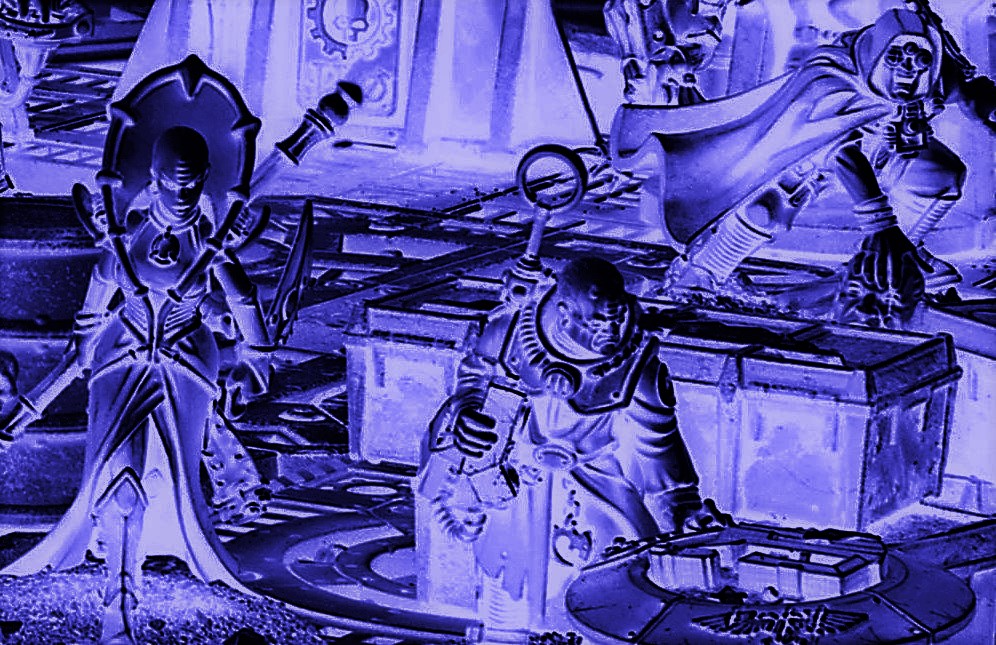 The Genestealer Cults are coming and we’ve got a closer look at their generic Warlord Traits. Come on in and learn what their Warlords are plotting for Ascension Day!

Yesterday we took a look at a handful of the Relics of the Genestealer Cults. Today, we’re taking a look at their six generic Warlord Traits. What plots and schemes are the leaders of the cults working with? See for yourself: 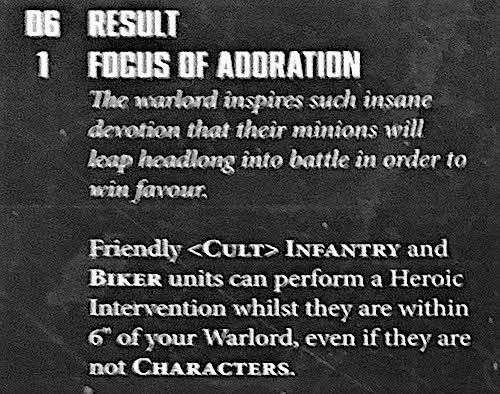 This trait is pretty self explanatory. Cult Infantry and Bikers can perform a Heroic Intervention while they are within 6″ of the Warlord. Why? Cause they really like them and want to ensure they can join the fight of course! Now you could use this to pull units into combats to help bail your Warlord out – or if you were cunning enough you could use this to launch a squad into a combat even if the Warlord isn’t involved. Sneaky Sneaky!

Another pretty straight forward ability – a simple -1 to hit rolls that target your Warlord. Most GSC leaders are kinda squishy so every little bit helps! 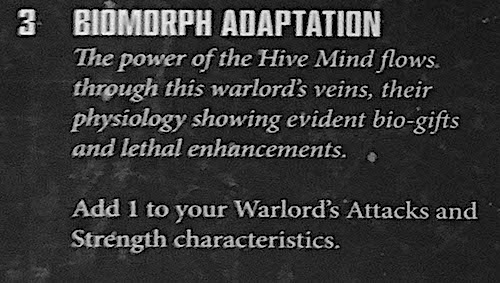 There are some Warlords who are going to really like this trait and others who won’t. But getting an additional attack and Strength for those close-combat orientated characters is going to be quite the boost, especially if they have the weapons to match! 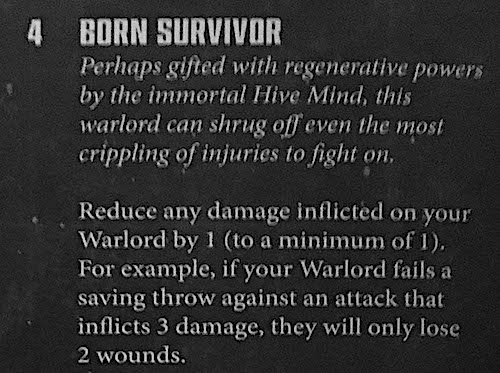 Reducing damage by 1 to a minimum of 1 could be useful…the only problem is this ability also means your Warlord is taking damage to begin with so something has probably gone horribly wrong. I’m not a big fan of this one. 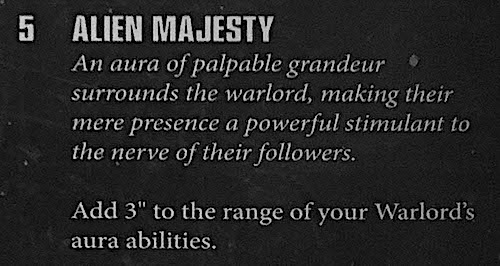 Add 3″ to the range of your Warlord’s aura abilities. YES PLEASE. The GSC is an army that will live and die by it’s “stacking of the auras” prowess. By extending those auras out by 3″ you’re getting a much larger footprint for your Warlord to work with. 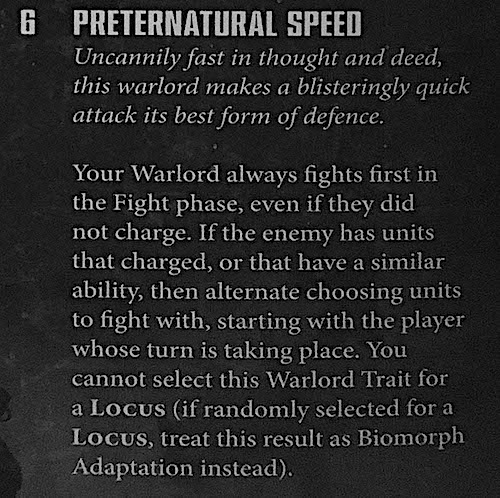 Your Warlord fights first, even if they didn’t charge this turn. You know how this one works. Again, for fighty characters this could be a great option. But it’s maybe not the best, but it certainly isn’t the worst either.

There are quite a few more Warlord Traits besides these 6 as each of the different Cults has their own options, too. But for now, stew on these 6 and let us know what you think of them in the comments!

Do you have a favorite? How would you rank these traits?

Author: Adam Harrison
Writer, Editor, Texas Native, and Austinite for 15+ years, Adam covers all things Tabletop Gaming. Which includes Warhammer 40,000, Age of Sigmar, D&D, Board Games and everything else that involves dice, boards, cards and a table. A hobbyist, player, and collector of miniatures and games, Adam's current obsession are his Death Armies for Age of Sigmar, his Blood Angels and Tyranids for 40k, and his ever growing Arkham Horror: The Card Game Collection.
Advertisement
Games Workshop Genestealer Cult Rules Tabletop News Warhammer 40k
Advertisement