40K Lore: Neophytes Are Not The Same As Neophytes – Know Your Novices

There are many different sorts of Neophytes in the world, Loremasters, and though the name may be the same, it is of vital importance not to mix them up.

Greetings Loremasters and Loremaster-initiates. Today’s long-anticipated lecture on the usefulness of the most famous and beloved tools of the Mechanicus, “Mecha-Friendrites: Your Cybernetic Chum That’s Fun To Be With” has been unfortunately postponed, owing to the fact that Loremaster-Adept Kharyos is in the temporary custody of the Adeptus Arbites. Apparently some rather zealous Arbites overheard the Loremaster-Adept comment that ‘all the suspected Neophytes should be rounded up and given the Emperor’s Justice before they can do any harm’ and mistook the Loremaster-Adept’s call to purge Xenos as an advocation of the traitorous murder of newly recruited Adeptus Astartes. This would be as heretical as it would be impossible, as you doubtless understand, but while Loremaster-Adept Kharyos awaits the appeal of our legal servitors,  today’s lecture will instead help to spread the news of the two different kinds of Neophytes in our galaxy, that we might all avoid the Loremaster-Adept’s fate.

Let us start with the loyal servants of the Emperor–as is only just and proper. Neophytes among the Adeptus Astartes are humans who have undergone the transformation to become the superhuman Defenders of Humanity that are the Space Marines. These recruits are chosen from the best warriors among humanity, although the recruitment process varies considerably between chapters. Most Chapters recruit from their homeworld, or local sector worlds, while fleet-based chapters will often roam a particular sector of space, recruiting periodically from a few favoured worlds.

Feral Worlds are considered prize recruiting worlds, because of the toughness of their human inhabitants; for the same reason, Hive Worlds are an ideal source of potential recruits, since the gang inhabitants of the lower levels are some of the toughest, most murderous examples of humanity in the galaxy. Feudal Worlds are also considered to be ideal sources for potential recruits, by recruiting from the worlds’ warrior nobility. Much more rarely, certain Civilised Worlds are also recruited from.

Once they’ve undergone the long, arduous, and above all else excruciatingly painful transformation that yields powerful warriors. And even though these raw recruits are more than a match for most humans, they are not ready to become full Marines yet. Those Neophytes who have advanced far enough in the early stages of their training and biological transformation to take part in battle with the rest of the Chapter typically undergo a trial by fire in Scout Squads.

More lightly armed and armoured than full Battle brothers, their role is to range ahead of the main Space Marine force, preparing the way for the main advance by infiltrating enemy lines, sabotaging and gathering intelligence — causing as much chaos and disruption as possible. This is typically the tenth company in every Chapter, according to the Codex Astartes.

But there is another kind of Neophyte out there–twisted, deceptive scum who are the most devoted servants of Xenos from beyond our most distant stars. These are the malformed, corrupt, and heretical humans who have been tainted by the foul DNA of the Tyranids. 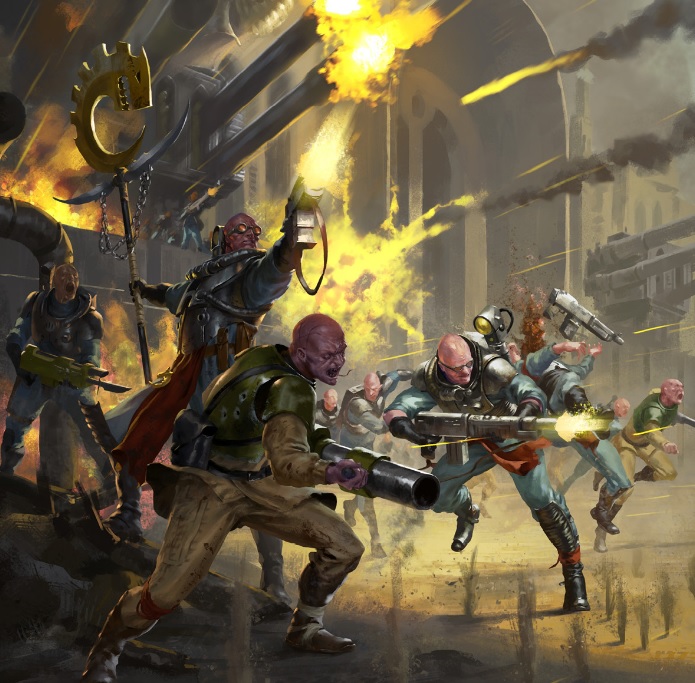 These Neophytes form the line troopers and greater bulk of a Genestealer Cults armies. The mental and spiritual bond of the cult is so powerful that they are more than happy to hurl themselves into suicidal attacks or give their lives in exchange for their elders’ survival or the Cult’s greater ambitions. Neophytes also serve as fine laborers, capable of toiling endlessly without complaint.

Hybrids of the third generation are still markedly alien in aspect. Though they have a classic bipedal anatomy, their distended craniums, beetling foreheads and waxy pallor mean they are often seen as mutants, and are hence shunned and persecuted by the greater masses of the Imperium. Those of the fourth generation find it far easier to pass for human. Inveigling themselves into worker gangs, Administratum facilities, manufactorum shifts and hive networks, they slowly and carefully spread the cult’s influence through the strata of society. Mining workers and militia fighters find it easy enough to secure low-grade weapons, either stealing them from those victims they silently take down or securing them on the black market. Over time, they amass a primitive arsenal of Auto Weapons, blasting charges and pistols with which to wreak havoc. 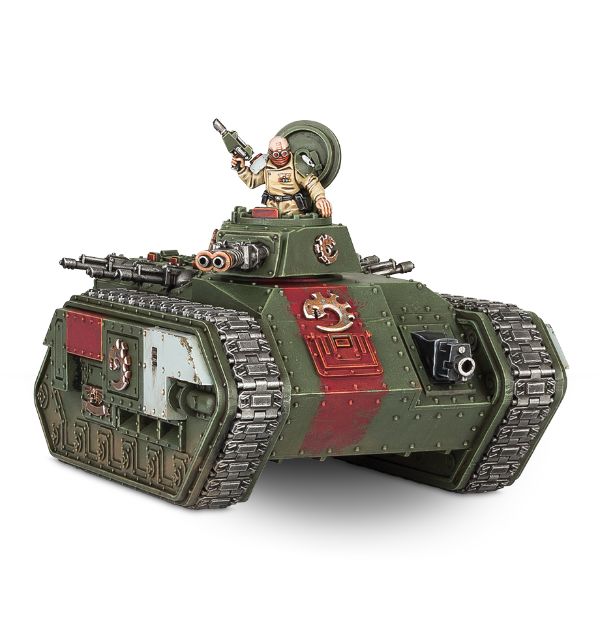 It is common for a later cycle’s Neophyte Hybrids to infiltrate a world’s PDF, or even those Imperial Guard regiments founded from amongst its populace. There, they work alongside the infected humans that have felt the Genestealer’s Kiss to ensure the cult’s sympathizers spread ever further. The Neophytes propagate slowly throughout the ranks of the local military, taking over each corps from the inside until all of its soldiers pay obeisance to the Patriarch. These professional warriors carry Munitorum-issue lasguns instead of autoguns, and use frag grenades in place of repurposed mining explosives. Some even have access to heavier weaponry and may hijack the famously indomitable vehicles of the Imperial Guard to their cause. The foot soldiers of the cult may well fight in the Imperium’s wars, defending their homes from the forces of Chaos and other xenos species. In doing so, they defend the cult and all that it has worked to achieve. Bound by the ties of the brood and a surety of common purpose, they make determined and capable warriors, but this only makes it all the more horrifying when their true nature is revealed.

So there you have it Loremasters–and remember, while context clues are your friends, not everyone in the Imperium is acquainted with them, so speak carefully, and speak plainly.

Author: J.R. Zambrano
Bell of Lost Souls Staff Writer and DM, J.R. covers RPGs of all stripes and on occasion eats sandwiches. You can ask him about either at [email protected]
Advertisement
Editorials Games Workshop Lexicanum Lore Warhammer 40k
Advertisement