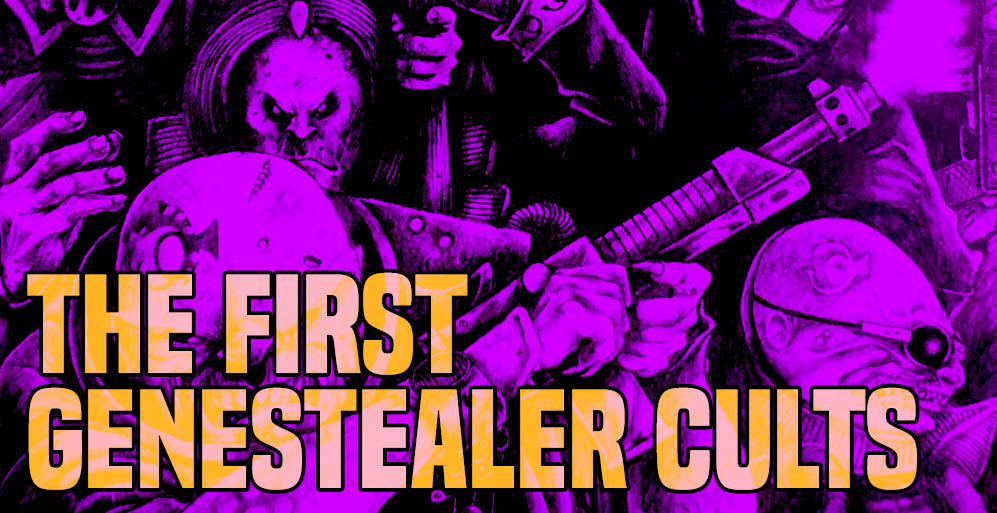 Did you know that the Genestealer Cults first infiltrated our planet in 1991? Let’s take a look at that first list from many Editions ago.

With Genestealer Cults getting a solid lineup of units in their latest codex, it’s time to go back to the early days of the game.  The purple, purple eaters arrived in the Warhammer 40,000 Compendium from 1991. 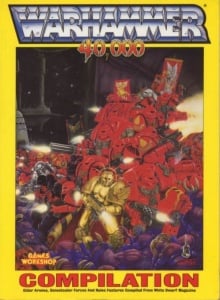 The initial Genestealer Cults arrived in two separate White Dwarf lists, one for the Genestealer Cult itself, and a second for a Cult that had turned to Chaos.  We’ll cover that one another time.

The initial list laid down the foundation for the never-say-die patient insurgents we all know and love to this day. All the basics of genestealer biology and their 4-generation life cycle came from this list – written by Paul Murphy. 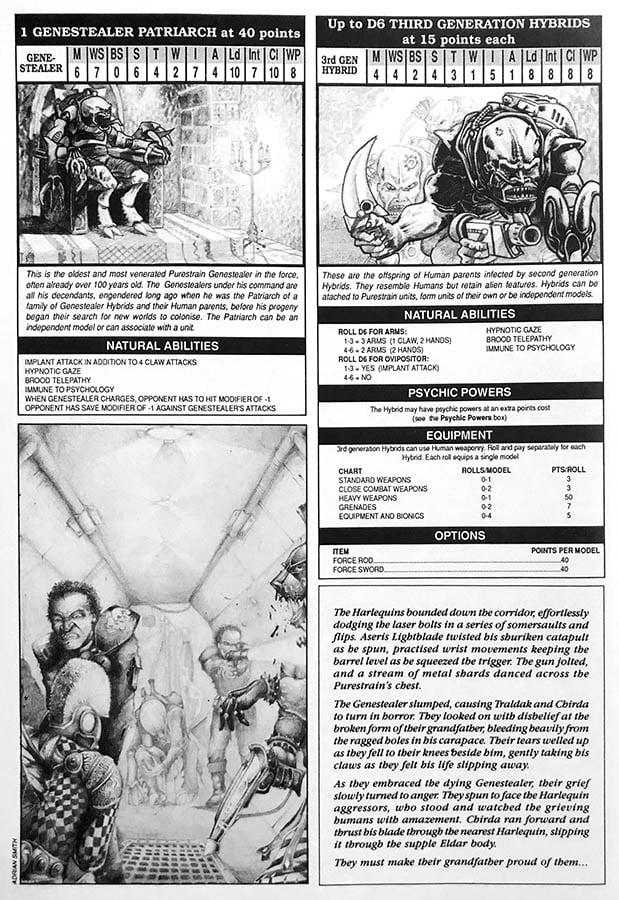 Patriarch and Hybrids up on page one. I’d like to call out the Equipment section first. Put a pin in that.  Then read the little story. It’s especially good if you think Eldar are stuck up and need to be taken down a notch or two. Suck it Harlequins! “They must make their grandfather proud of them”… 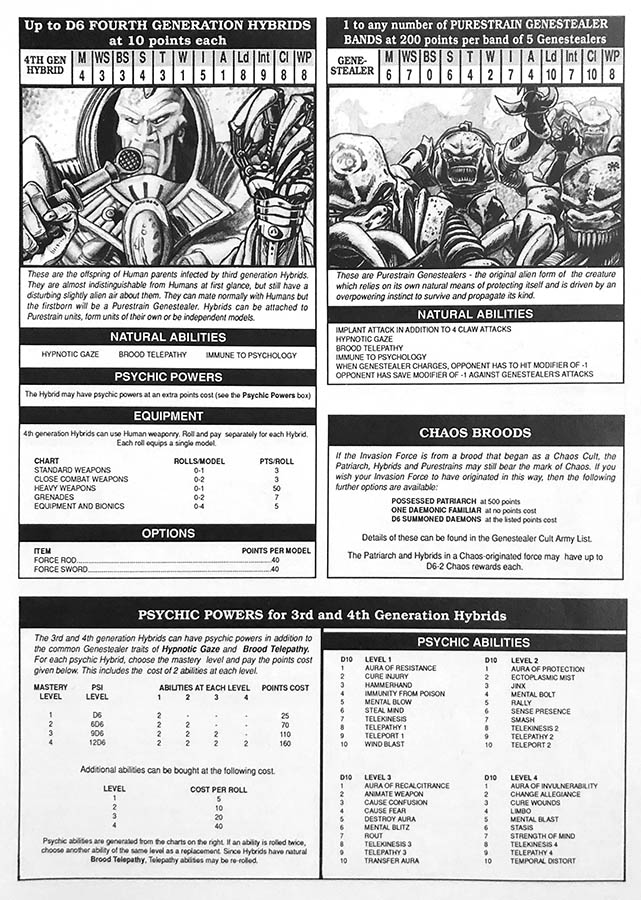 Page two has the 4th Generation Hybrids Purestrains, and some optional chaos riff-raff. Again note the Equipment section on the Hybrids. It was the psychic abilities that were both formidable and expensive in points back then. Level 4 Psykers were not to trifled with in Rogue Trader! 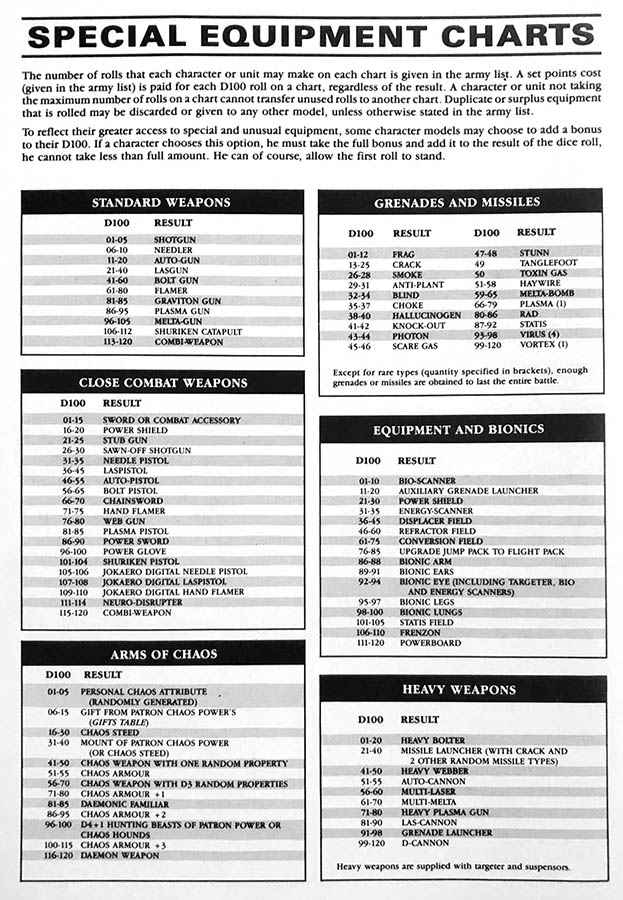 This is where the magic happens! Want Hybrids with D-cannons – cool! How about a cult hopped up on Frenzon, zipping around the table on Powerboards and chucking Hallucinogen grenades at you – not a problem! Graviton guns, Jokaero digital weapons?  Well, let’s just say the Patriarch has a LOT of crap in his closet for the cult to pick and choose from. 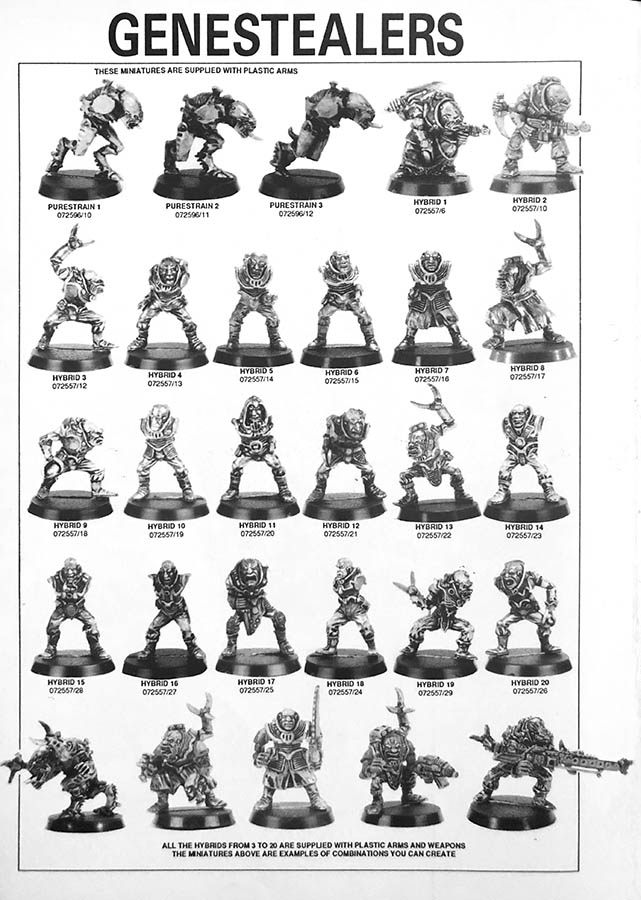 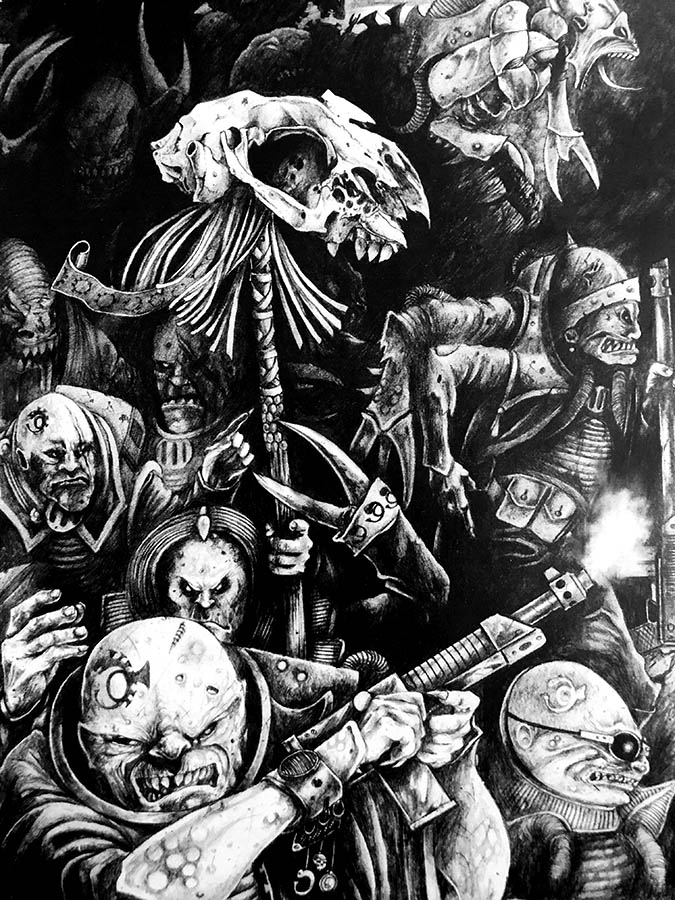