5 Amazing Things I learned About 40K from Codex Genestealer Cults

The codex is out and about. As I perused it I discovered amazing lore and hints of what GW may give us in the months ahead. 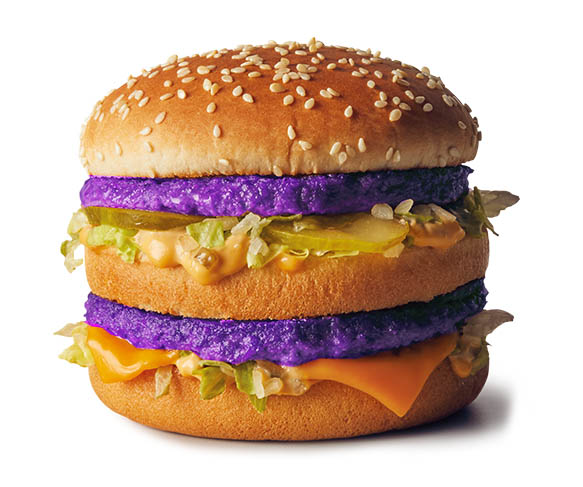 Yes apparently there are giant food businesses in 40K. All those teeming trillions need to eat 3 square meals a day.  One of the biggest in the Imperium is Ethod Peregrim’s Meat Dynasty.  This giant operation slaughters grox (grimdark cows), and ships out the meat across the stars.  Unfortunately for them, at least one of their slaughterhouses has been infiltrated by the Innerwyrm cult, and they are sewing purestrain Genestealers into the carcasses as they are frozen and readied for transport! Every Happy Meal includes a surprise. Bon Appetit! 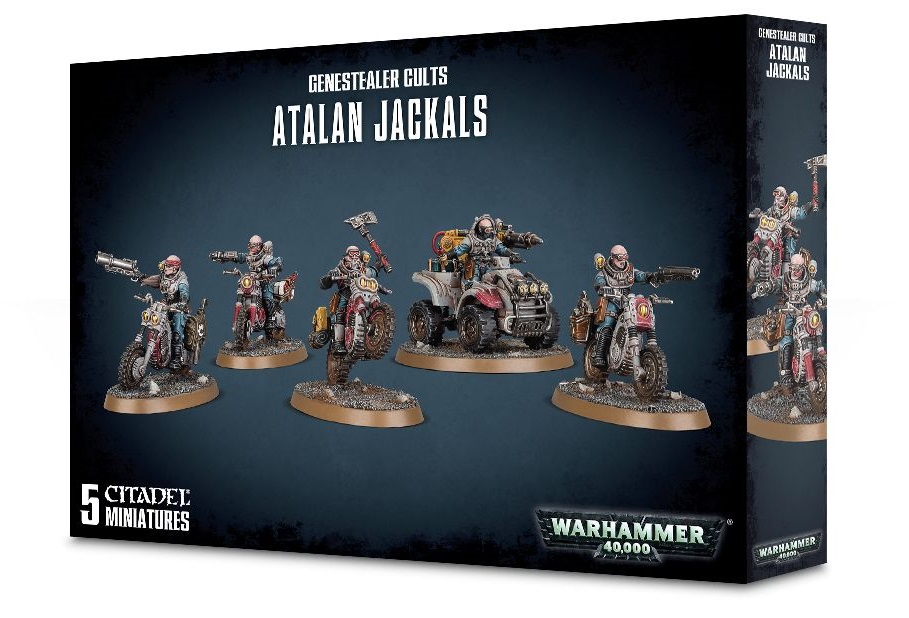 So about those Atalan Jackals. The Jackal part is the rider, and the bike and quads are the Atalan. The codex goes to great lengths to note the Atalan is a ubiquitous and rugged design used across the Imperium. The vehicles are easy to repair, designed to last for decades or centuries and provided by the Divisio Munitorum to any organization who needs them. In the case of GSC Atalan Jackals, these were provided to mining colonies. I would not in any way be surprised to see a future Atalan kit with Cadian riders, and AM weapon options. It would be an easy replacement for the obsolete Roughriders. 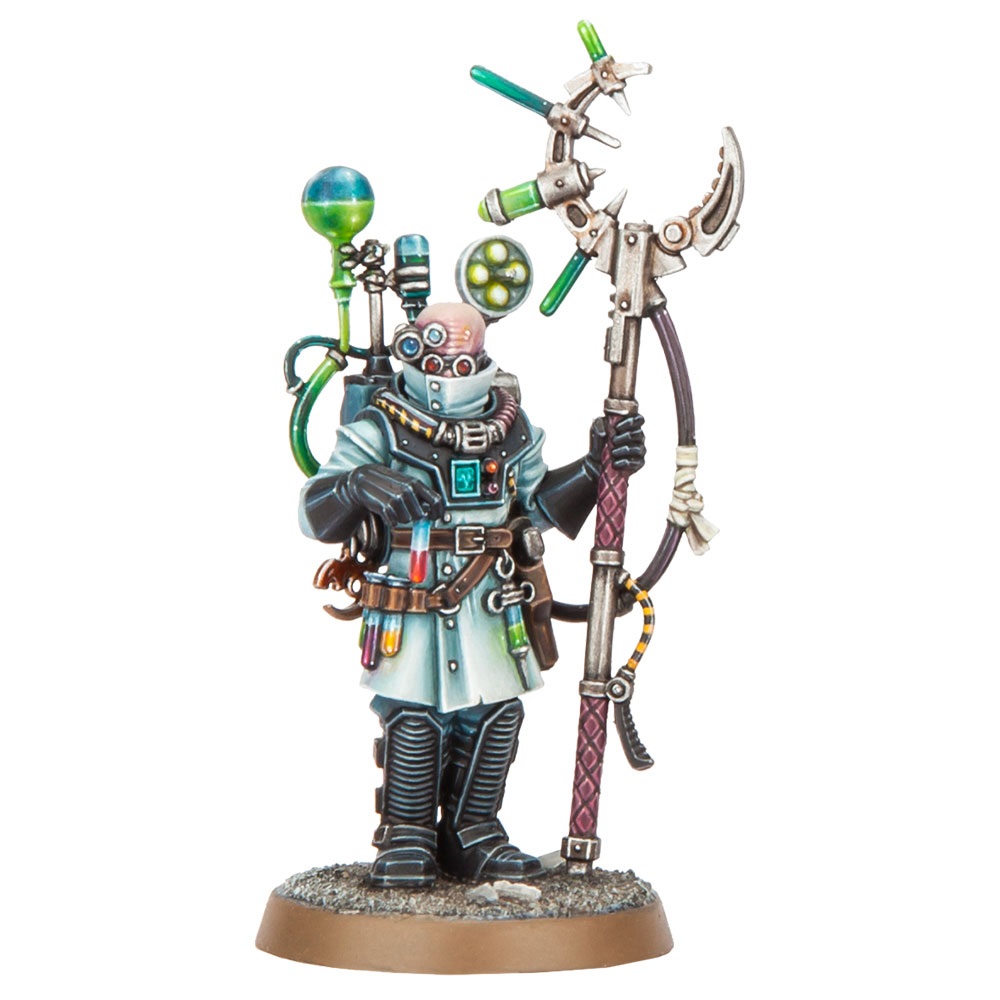 The aristocracy of Vejovium III have perhaps won the prize for coming the closest to recreating the horrors of the Haemonculus citadels of the Dark City amongst mankind. This major medical factorum world first dulled the will and minds of all their citizens through the use of involuntary medicine – to safeguard their corrupt aristocracy from rebellion and improve production quotas. Then when genestealers made their way onworld – the rulers caught, killed, and dissected them. Not in horror, but to extract the life extending and hypnotic secrets of their Tyranid genome. Once isolated, the aristocrats injected themselves and began experimenting on workers to design ever stronger labourers. Then came the exporting of these tainted medicines across the Imperium in the guise of stim-packs, med-kits and the like – to further extned the offworld reach of Vejovium III. Thus the rulers of the Twisted Helix became a horrifying Genestealer Cult through greed, pride, science and volition rather  than victimhood.

I would say that gives any Drukhari Archon a good run his money in the true-evil department. 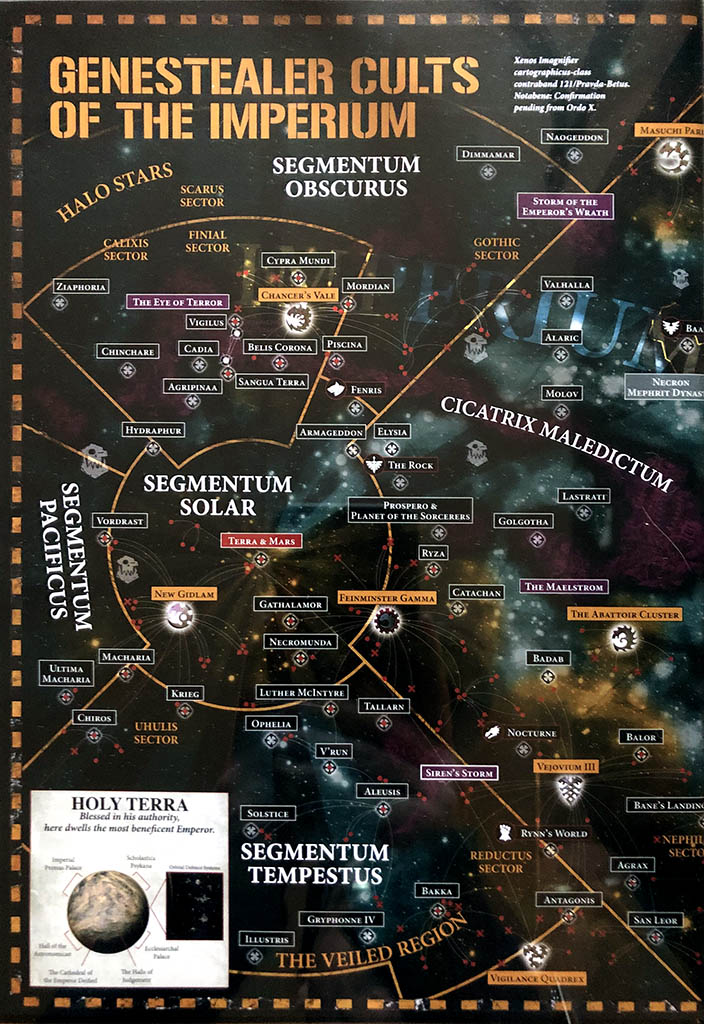 It would appear that both Terra and Mars have active Genestealer Cults on them. The Codex’s galaxy map shows both worlds as infected. While there is no direct source, the closest major vector of infection comes from the military minded Hivecult of New Gidlam in the western Segmentum Solar. This military minded cult prioritizes recruits with military background and is worming its way through the myriad regiments of the Astra Militarum throughout the galaxy – doing their best work on the long dull trips through space.

It would appear some of their recruits have reached the very heart of the Imperium, and begun to grow. 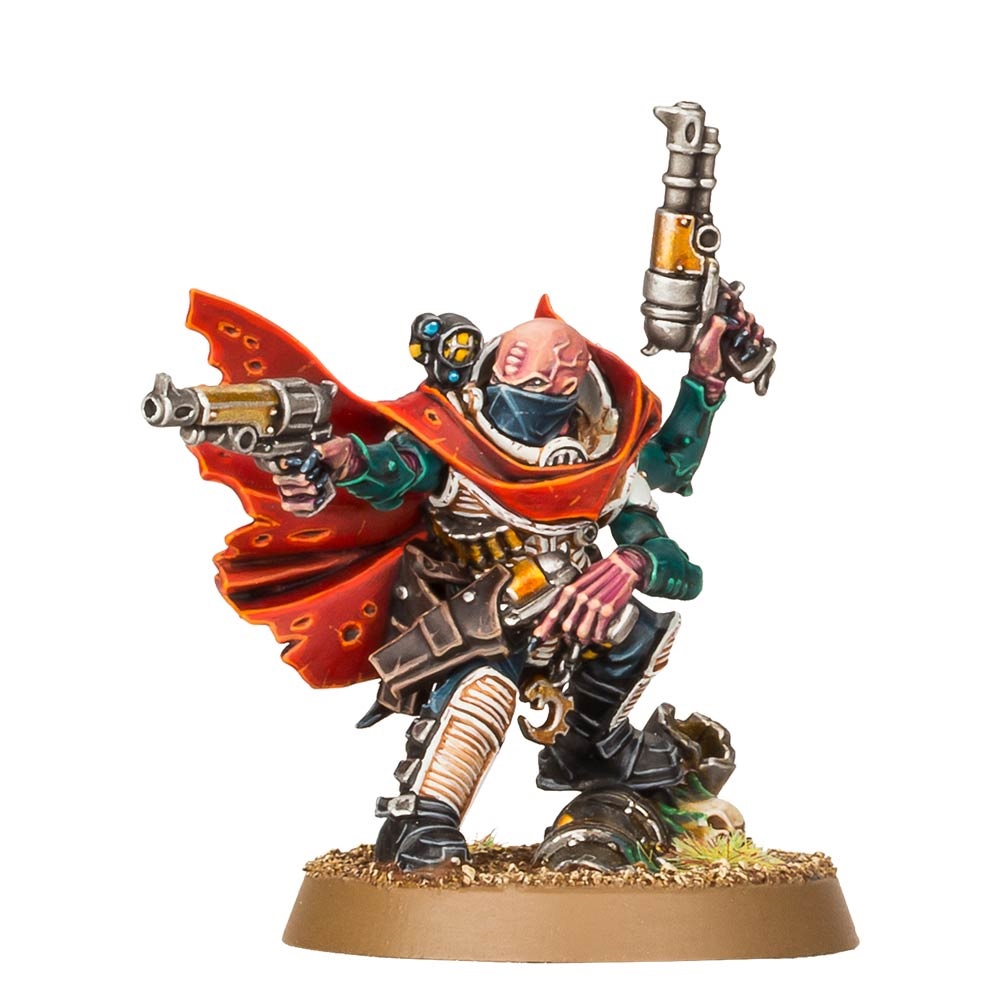 The impressive pistols used by Kelermorphs are actually Liberator Autostubs. These trusty revolvers are favorite sidearms of the Adeptus Arbites and coveted on the black market by gangers and the unsavory. The Liberator is chambered for extremely large oversized armor piercing rounds. It is a status weapon – both for the peacemakers of Arbites and any others who get their hands on one – or three. Hopefully this is yet another datapoint for future Arbites releases for either 40K or Necromunda.

~All hail the Great Purple Father! 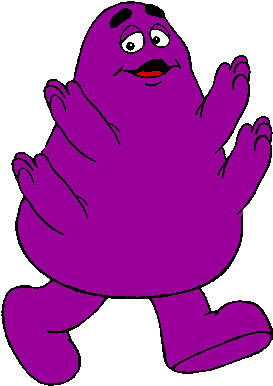 +++Inquisitorial casefile has been opened.+++