Age Of Sigmar – Free Peoples Battletome In The Works?

We’re not sure when, but it sure sounds like the Free Peoples are going to get a Battletome of their own at some point in the future. Let’s take a look at what’s going down.

Are the Free People due for a new Battletome? According to a conversation between Josh Reynolds, prolific Age of Sigmar author, and Pete Foley, “Book and Box Game Manager” at Games Workshop–it just might be. Let’s take a look.

For those of you who can’t click through the link at work, it’s a twitter exchange where Josh Reynolds offers up his right molar (well someone’s right molar) for a chance to write a Free People’s Battletome. Pete Foley responds with Check your DMs Josh, and a gif of the Rock saying let’s do this.

And while that’s not an official announcement, it’s definitely something to chew on for now–it seems like the Free Peoples are getting some kind of attention. That’s not always a good thing, the last time the mortal men and women of the Mortal Realms were in the spotlight, Malign Portents hung in the air. The Realms were in turmoil and swaths of undead were laying claim to villages. Farmers signed themselves over to Nagash’s dominion, and so on. But it’s not all doom and gloom. 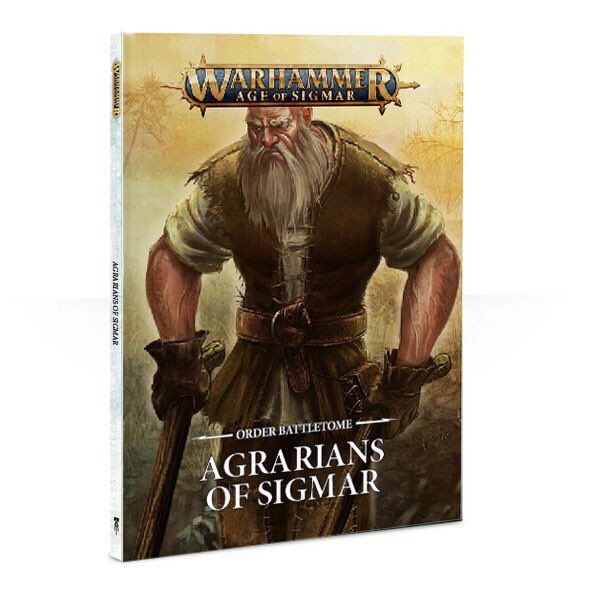 This is basically what that Battletome would look like, pic via Anastasia Sergienko

After all, the Free People are the ones with the gunpowder. So we’ll see what comes of it. There’s no guarantee that this is news of a Battletome. It could be some other campaign book that provides new rules and lore for the Free People, or a faction that uses them but isn’t solely about them–and we don’t know when anything might be seen that bears fruit from this conversation. So definitely make sure you have at least a grain of salt. But it does look like things are afoot in the Mortal Realms!

What do you think? Is this a new battletome? What would you want to see in it? Let us know in the comments!