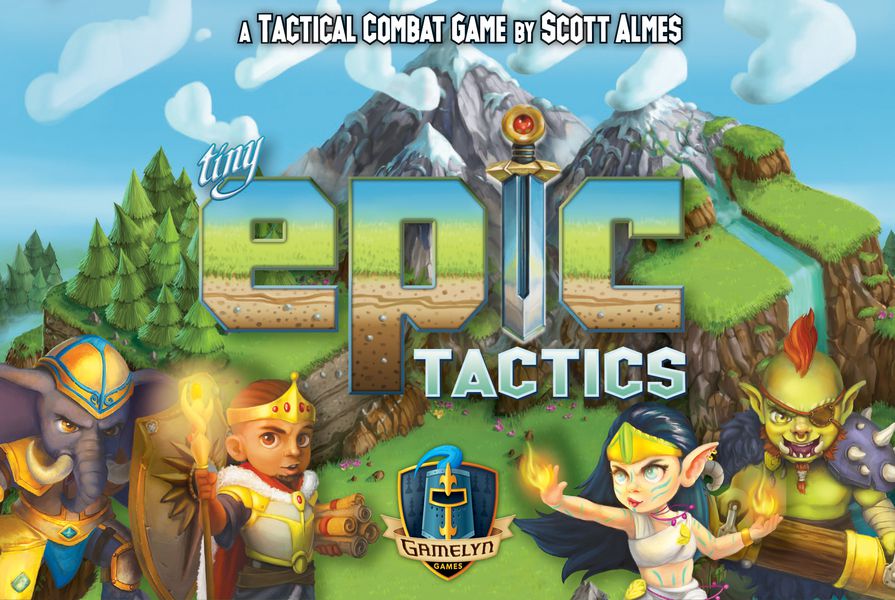 No fancy intro hook here. I am super hyped for this game!

There are some weeks where I’m worried none of the Hotness entries are going to have enough info to really get a good feel for. That’s not really the case here, I’m just feeling particularly open today and thought I would share that.

Typically, I look at every entry on the Hotness list and find the one I think is the most interesting or would be neat to talk about. But this week, I’m pulling rank and featuring a game that just recently popped up on my radar and I could not be more excited.

I love tactical, grid/turn-based strategy games. Final Fantasy Tactics, Aristeia!, Civilization series, Mage Knight… I could go on. For whatever reason, that pretty specific genre really appeals to me. So imagine my giddy delight when I saw the title Tiny Epic Tactics scroll across my news feed. 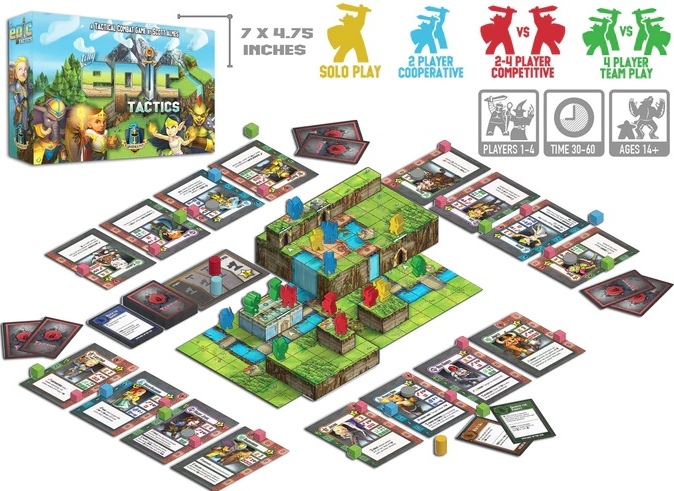 As with any Kickstarter game, art subject to (and already has undergone some) change.

While the game features a variety of different play modes, the ‘main’ one, as far as we’re diving in here is concerned, is the 2-4 player competitive mode. Each player has an army of unique heroes which they will use to conquer the battlefield.

The main mechanic of the competitive mode is something of a control point style of play. On the map are several control points which players will be fighting over to score points. If a player can secure the Trigger Point within the control area, for 3 rounds, they will control that point and gain points for it. 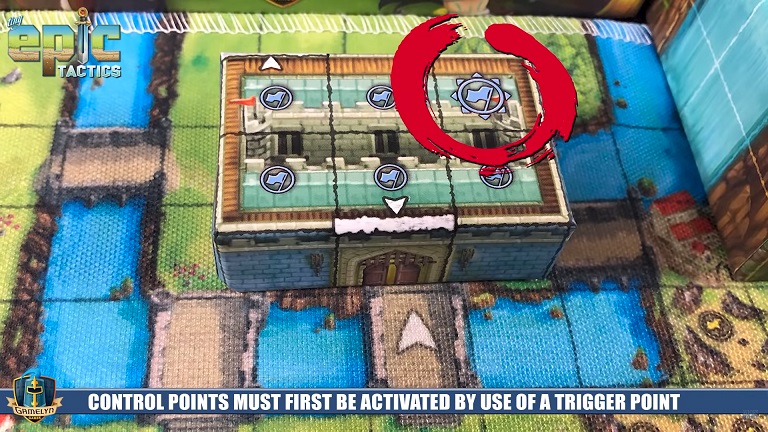 Thanks, Man vs Meeple for not getting mad that I’m using your video stills.

Players will have to manage their unit movement very carefully if they want to be able to maintain control of those points while everyone else is trying to push them off. Additionally, players will have limited resources for their units, just as ammo and magic, but also Tactics cards, which will provide small combat bonuses if the player can achieve the listed goal.

The map itself also has a lot built into it. The 3D terrain pieces are considered higher ground and come with certain advantages. Additionally, there are mountains, caves and villages dotted around the map which will also provide wayward heroes with some benefits, should they pass through them.

Once a certain number of control points have been captured (based on player count), the game ends and players count up their points. Beyond scoring points for captured points, players also gain points for units left alive, enemy units captured and any villages under their control. 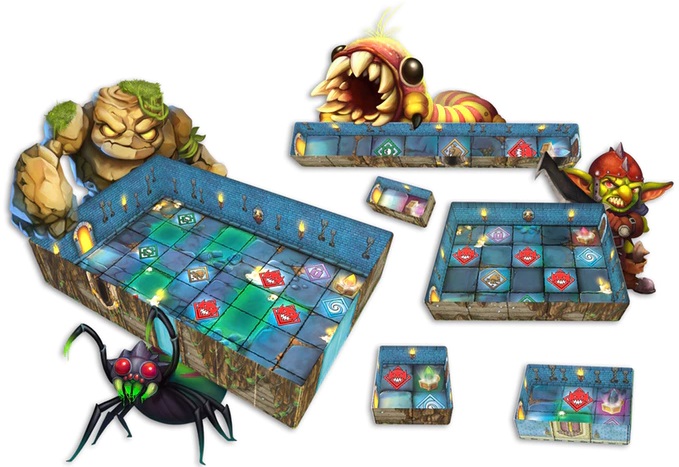 The interior of the boxes provide dungeon settings to be used in the solo and cooperative modes.

Gamelyn Games certainly has found something they do well and are running with it. I won’t complain because I love their games. I’m delighted to add one more to my collection.

I bought the fancy one because it gives a wintery map and winter settings ARE MY JAM! 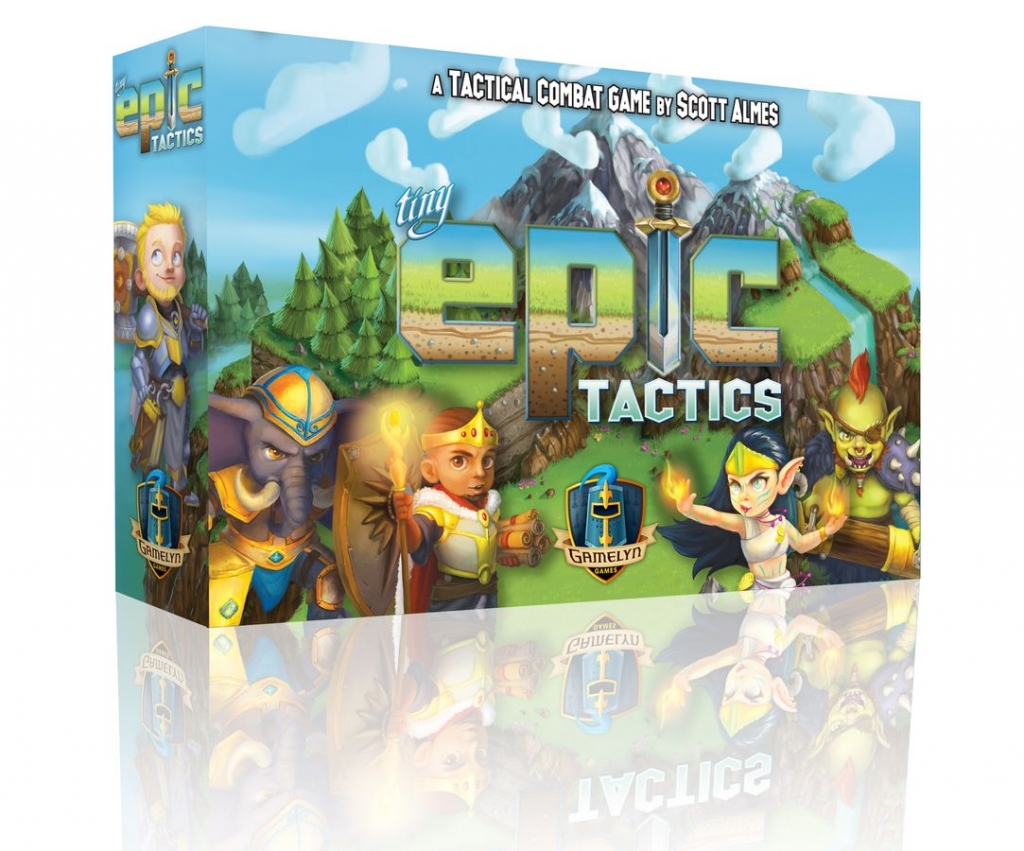 Nesting inside the game box are 5 smaller boxes and a map/scroll. Players will set up the game by placing these 5 boxes, plus the box bottom, onto the scroll in designated areas. This creates the environment that players will explore and battle across.

Author: Matt Sall
Matt has loved games of all kinds his whole life: board, video, war, roleplaying. He's worked as a writer for BoLS since 2017. He's worked as freelance editor for board game rulebooks and has designed many of his own games as well.
Advertisement
Board Games Kickstarter Rules Tabletop News
Advertisement