You’re no hero; barely even a decent person. A castaway thrown overboard by your crew. But what will you do to secure your Vindication?

An odd return of a couple games we haven’t seen in a while. Claustrophobia 1643 showed up a little while ago, as well as Quacks of Quenlinburg. I can’t say for sure why Claustrophobia 1643 has shown back up on the Hotness list, but I’m curious if Quacks is back because Watch it Played just posted a video on it. I like to think that’s the reason. It’s fun to see community responses to things happen in real time.

Regardless, if you’re at all a fan of tabletop gaming, you’ve probably already heard of Castles of Burgundy. And if you haven’t, I highly recommend you check it out. It’s something of a staple. So, instead of covering the re-release which has a total of 11 expansions bundled into it, we’ll be going over a different game.

You might think that game would be Sleeping Gods or Era: Medieval Age, since they are pretty high on the list. But there’s not a whole lot of information about them yet. Don’t get me wrong. I would love to write an article that was basically just “This game was announced but we don’t really know anything about it.” But I think my editor would get mad at me. So instead, here’s… 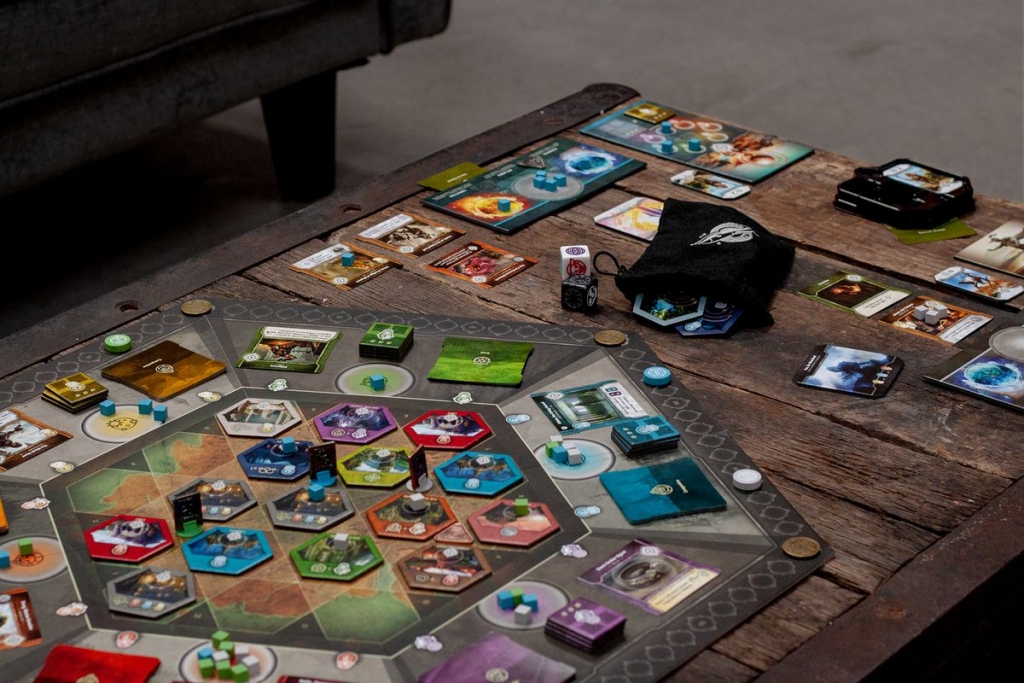 Vindication has a lot of mechanics to it, which might seen overwhelming at first, but they all flow into one another very well. But because there is a lot going on with this game, we’re only going to be able to give broad explanations of things. Just a heads up.

The core gameplay has players taking actions on their turns. Nothing super crazy there. Players can move around the board, they can gain influence with their companions, which will unlock additional abilities, or they can visit locations on the board. 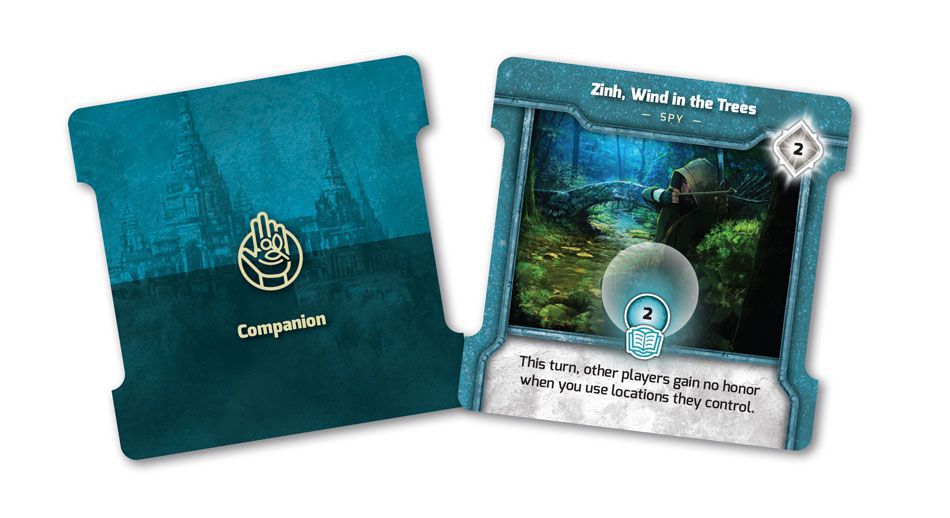 One of main mechanics of the game is the alchemy-style attribute system. Players begin the game with 1 Strength, 1 Knowledge or 1 Inspiration. As they gain more of those traits, they will be able to combine them into Courage, Wisdom and Vision. 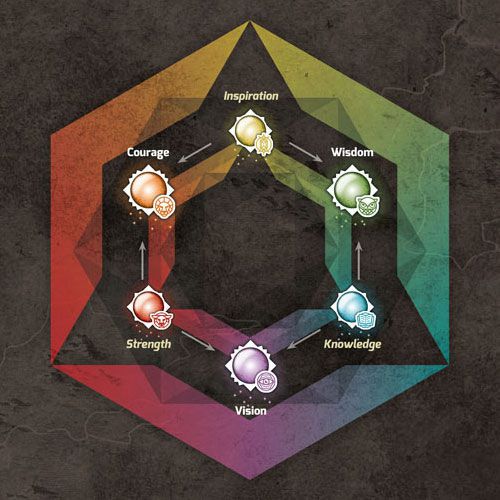 A lot of the game centers around your character’s attributes. A lot of character upgrades and in-game effects require a certain level of one or more attributes, which will certainly help push in that arc of the attribute circle. That alone gives Vindication a lot of player control on how they want to build their character.

The game also has a bunch of optional expansions allowing players to control just how bizarre their adventure will be. Adding in guilds, fancy monuments or epic boss monsters in a cooperative scenario. 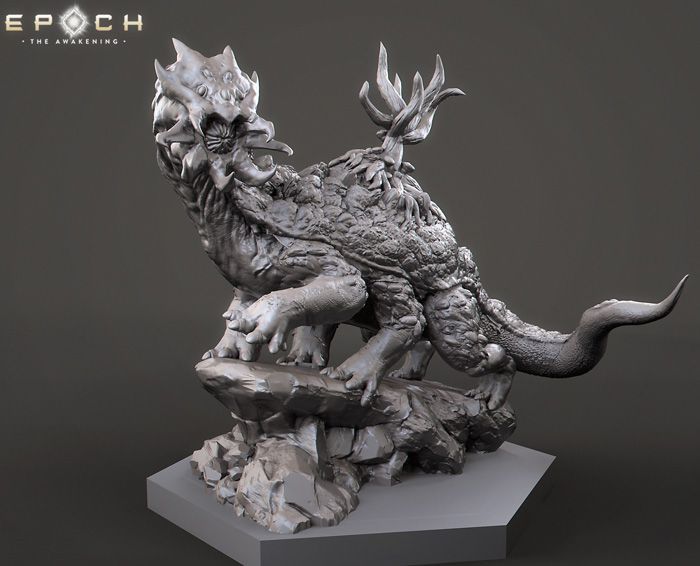 There are magic relics to gain, beasts to tame, tombs to explore and friends to gain all in the quest to vindicate yourself from being such a wretched scumbag. 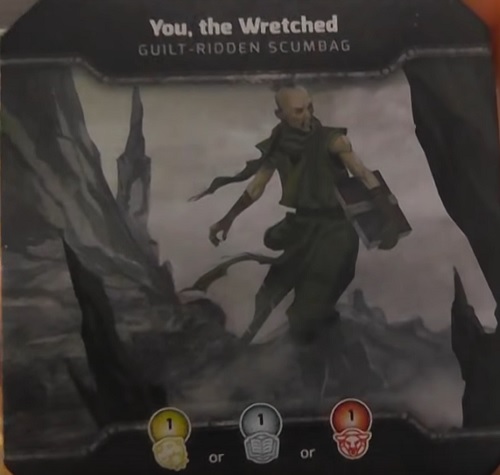 I wasn’t joking about that.

As I hinted at before, something that makes Vindication really interesting is how the end game works. Rather than a set trigger, the game end trigger can change. If you find yourself in second place and the game is about to end, why not just change when the game ends?! Genius! 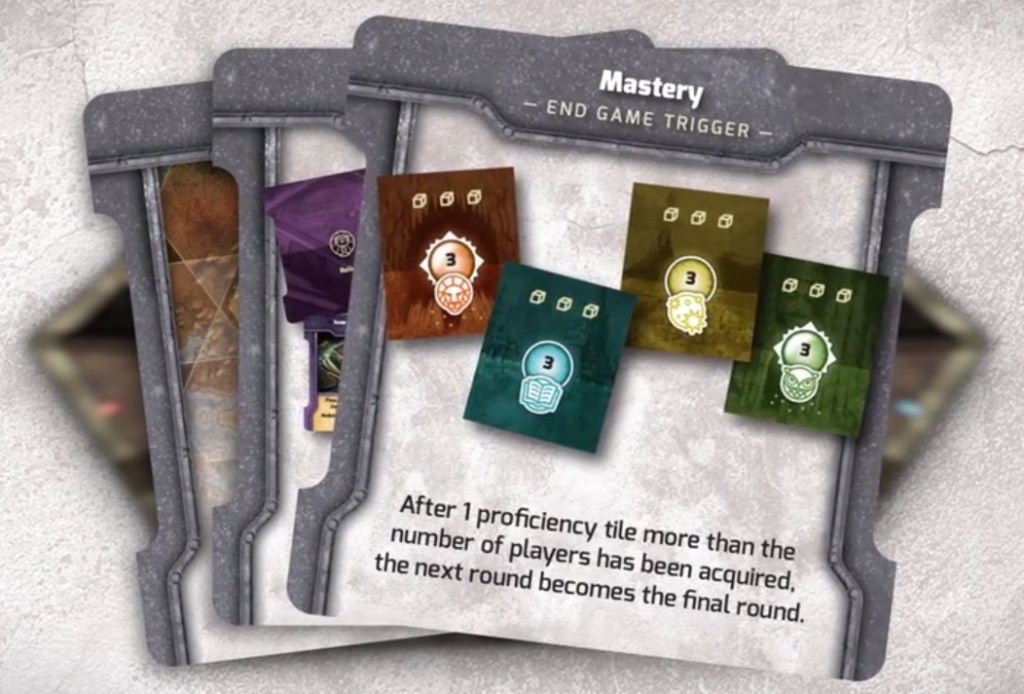 Vindication takes a lot of gameplay elements and throws them all in a bag and lets you pick what you want. There is a lot to sift through, but once you’ve gotten a good handle on the game, I think you’ll find a game that you’ll be wanting to play time and time again. 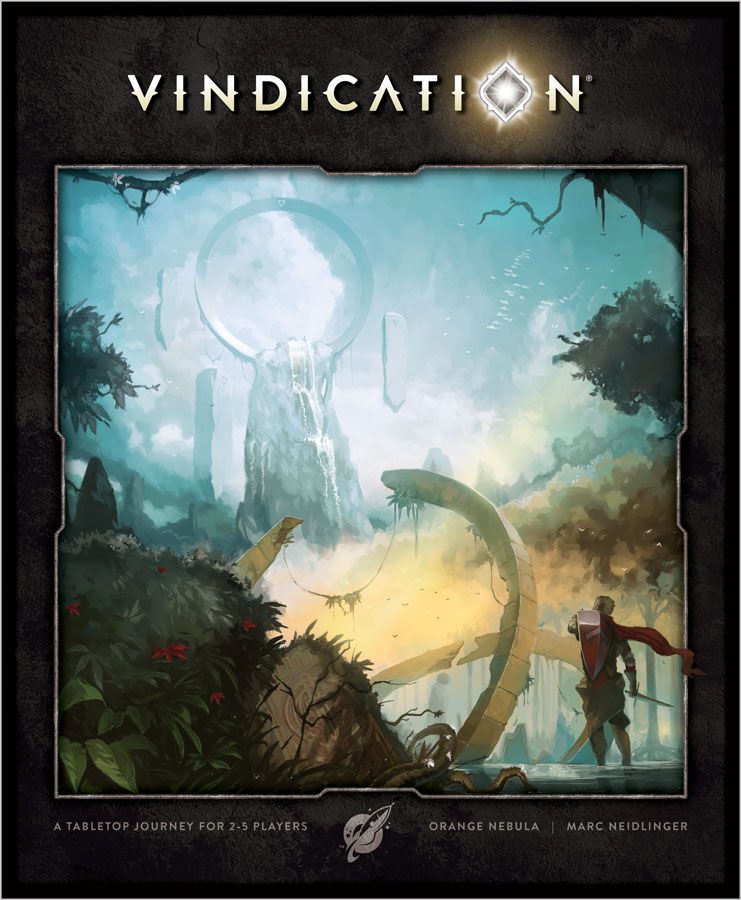 Seek vindication after a life of greed and treachery in this highly strategic, fantasy-based tabletop board game for 2-5 players. Manage your personal attributes wisely and call on your conviction as you leverage your influence to gain companions, control locations, acquire mysterious relics, bash horrific monsters and (if it’s your style) snuggle some seriously exotic pets.