Come check out the latest from Fantasy Flight Games–this week it’s a new premium expansion for L5R, and a couple of maneuver dial upgrade kits for the First Order and Resistance factions.

Alright folks, step right up and feast your eyes on the massive new 234-card expansion for Legend of the Five Rings, then take a gander at the two maneuver dial upgrades for X-Wing. Let’s start with the Children of the Empire expansion though, because this one is big–both literally and metaphorically. What exactly is a “premium” expansion you might wonder, it’s basically a whole new collection. Children of the Empire adds something for every clan as the narrative of L5R advances. Take a look! 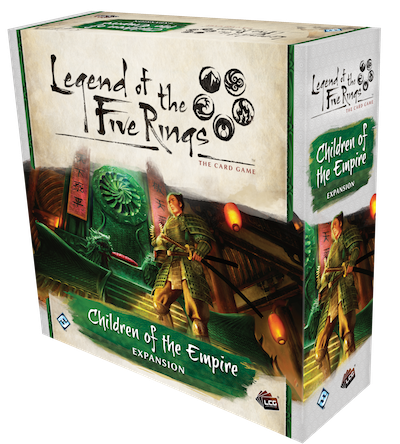 Children of the Empire features a total of 234 new cards that celebrates the era of tranquility brought upon Rokugan by the Hantei Dynasty. Every Great Clan gets new tools, with themes of dueling and honor persistent throughout the expansion.

With 234 new cards covering every clan and dedicated themes, Children of the Empire is the perfect companion to the Legend of the Five Rings: The Card Game Core Set!

After that, we also have the two new maneuver dial upgrade kits. These bring the First Order and Resistance up to speed in X-Wing 2.0 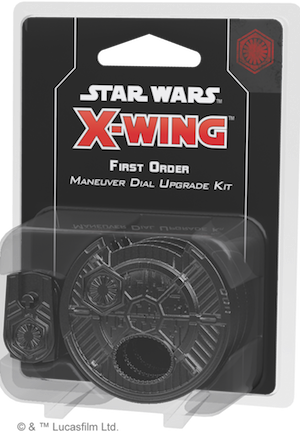 With the First Order poised to usher in a new era of galactic dominance, it’s time to display your loyalty. With the First Order Maneuver Dial Upgrade Kit, you can move out of the Empire’s shadow and further customize your X-Wing Second Edition squadron.

These upgraded plastic maneuver dials signal your allegiance to the First Order while enhancing the aesthetic look of your squadron. As you secretly plot your maneuvers each round, these kits house a ship’s dial within a secure plastic housing. Additionally, the kits include a space on the back to insert a dial ID token, making it easy to differentiate between your ships in the middle of a game. 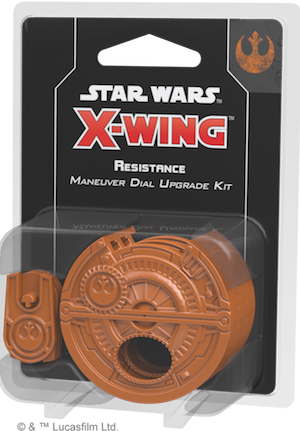 Carry on the spark of the Rebellion and signal your dedication to protect freedom throughout the galaxy with the Resistance Maneuver Dial Upgrade Kit.

During every game of X-Wing Second Edition, you and your opponent will secretly plot your ships’ movements on cardboard maneuver dials. The dial upgrade kit contains three plastic protectors that situate a ship’s dial within a secure housing, enhancing the aesthetics of your squadron and proudly displaying the colors of the Resistance. Not only does each dial clearly indicate that you fight for the freedom of the galaxy, they also include a space on the back to insert a dial ID token displaying a silhouette of the corresponding ship, making it easy to differentiate between your ships.