Forge World’s Pre-Orders are out now and the Space Wolves are getting some Horus Heresy reinforcements. Come take a look at the latest batch from Forge World! 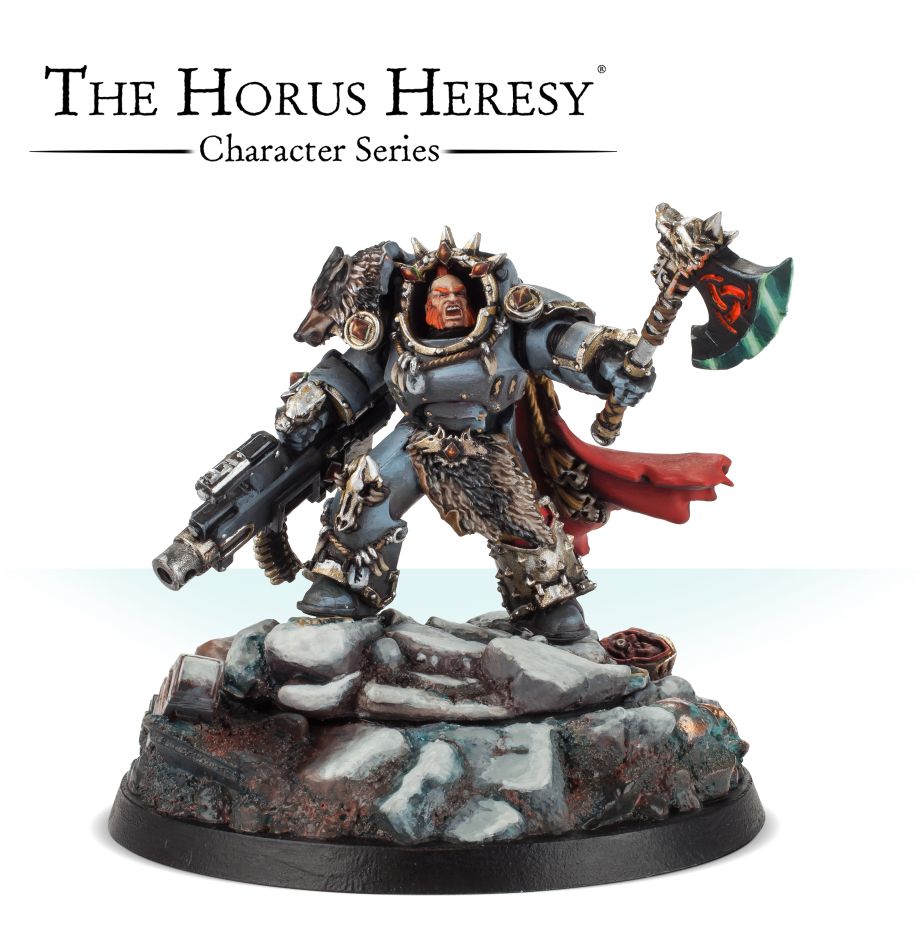 The commander of the Fourth Great Company of the Space Wolves, Hvarl Red-Blade had a reputation as a dourly humorous and often choleric-tempered warrior, whose greatest joy was to be found in the din of war and whose battle-cunning was something of a legend. Master of his Great Company for more than five decades at the time of the Razing of Prospero, he was a veteran warlord as renowned for his scourging tactics as he was for encouraging the taking of heads from the enemy fallen as a form of competition among his warriors. Though considered volatile and perhaps a little insane by his fellow Jarls and Thegns, Hvarl’s often striking insights into a foe’s plans and motivations made his voice one that was still well-respected in the Einherjar – his Legion’s war council – while in battle, his sharp-witted savagery was counted on by his Primarch to leave nothing alive in his Great Company’s wake.

Why carry a combi-bolter when you can carry a heavy bolter instead? That’s how Jarl Hvarl Red-Blade see things, anyway! If you’re after a suitably imposing and tactically nuanced Warlord for your Space Wolves Legion, Hvarl Red-Blade is the HQ choice for you.

Hvarl Red-Blade is a 12-piece Character Series model cast in high-quality resin and mounted on a detailed display base. Rules for this Character can be found in The Horus Heresy Book Seven – Inferno. 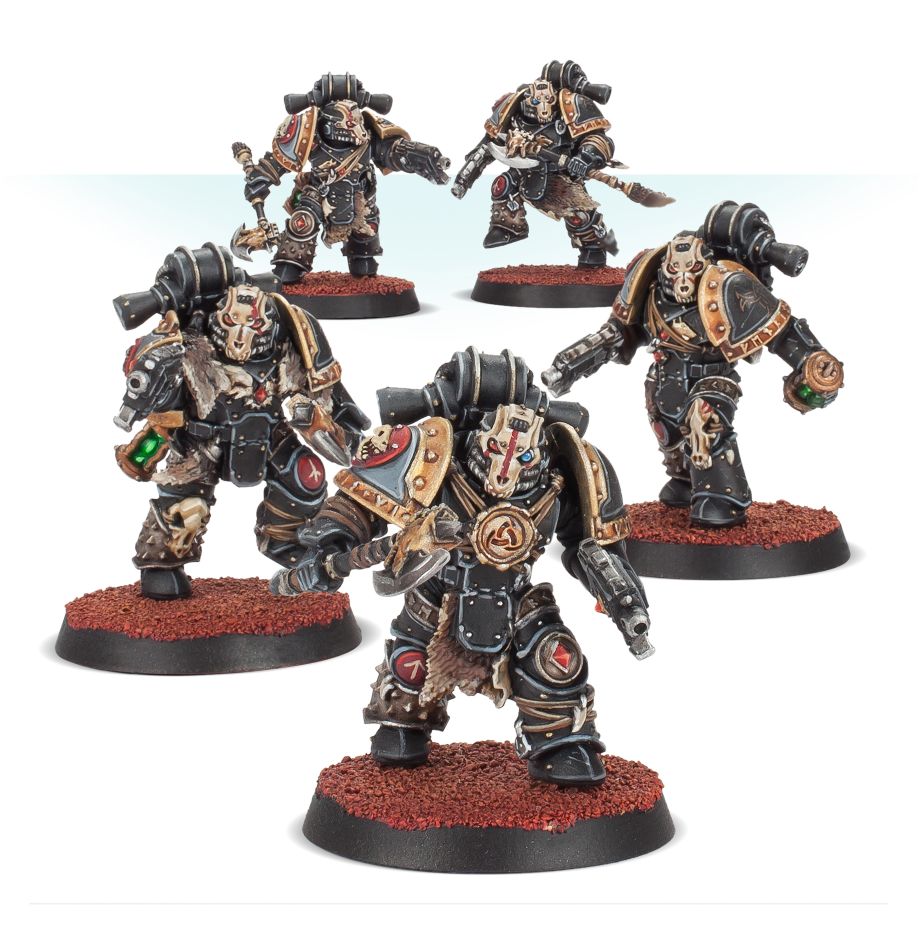 Within the Space Wolves, those with an all-consuming impulse to kill and kill again were selected by the Cult of Morkai and its ministers, who ensured with proper reverence that the jaws of the Death Wolf could feast upon the enemies of Mankind. The warriors who gave themselves over became the Deathsworn; marked by their wolf-skull helms, they were the embodiment of the hunger of death in the heart of the Legion.

The Deathsworn Pack includes 5 miniatures wearing the iconic skull helms of the Cult of Morkai. Each of the Deathsworn is armed with an axe, bolt pistol and Yimira class stasis grenades. Together, they form a murderous Elites choice for the Space Wolves Legion.

The set consists of 42 components cast in high quality resin. Rules for this squad can be found in The Horus Heresy Book Seven – Inferno. 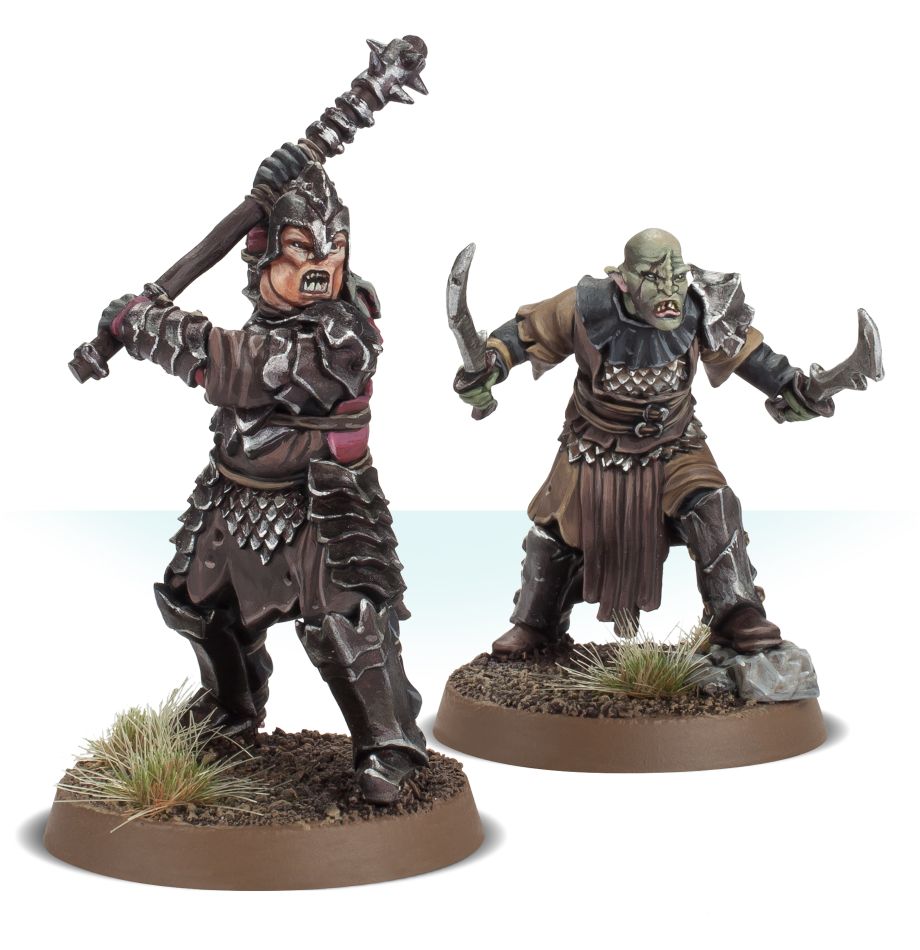 Tasked by Gothmog with spearheading the Mordor attack through the broken gates of Minas Tirith and over its walls respectively, Goroth and Zagdûsh took fierce delight in taking the city by storm.

The set consist of 8 components cast in high-quality resin.

Author: Adam Harrison
Writer, Editor, Texas Native, and Austinite for 15+ years, Adam covers all things Tabletop Gaming. Which includes Warhammer 40,000, Age of Sigmar, D&D, Board Games and everything else that involves dice, boards, cards and a table. A hobbyist, player, and collector of miniatures and games, Adam's current obsession are his Death Armies for Age of Sigmar, his Blood Angels and Tyranids for 40k, and his ever growing Arkham Horror: The Card Game Collection.
Advertisement
Forge World Games Workshop Horus Heresy Lord of the Rings Miniatures Tabletop News Warhammer 40k
Advertisement