Once more into the breach with the Daemon Engine and it’s visions from the future. Based on this new image I have a funny feeling the Venomcrawler isn’t the only new spider-like vehicle heading our way…

THIS IS ALMOST IT, MORTAL! MY PLANS ARE CLOSE TO BEARING FRUIT. ALL I NEED IS FOR YOU TO LOOK AT THIS SNEAKY PEEK OF AN UPCOMING MODEL… 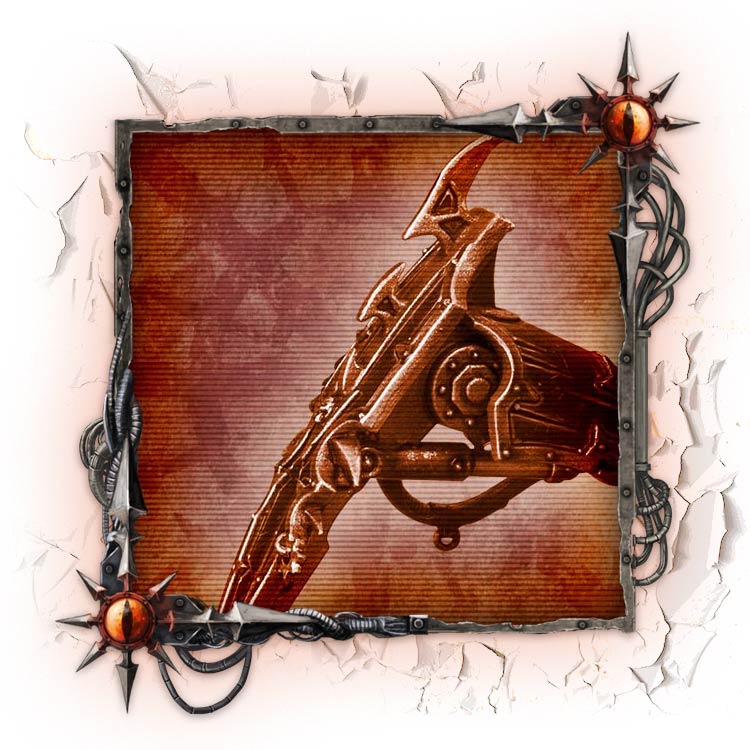 Alright, I know what you’re probably thinking. So here’s the Venomcrawler for comparison:

Yeah – those joints sure do look similar, right? However, let’s not forget this preview from earlier: 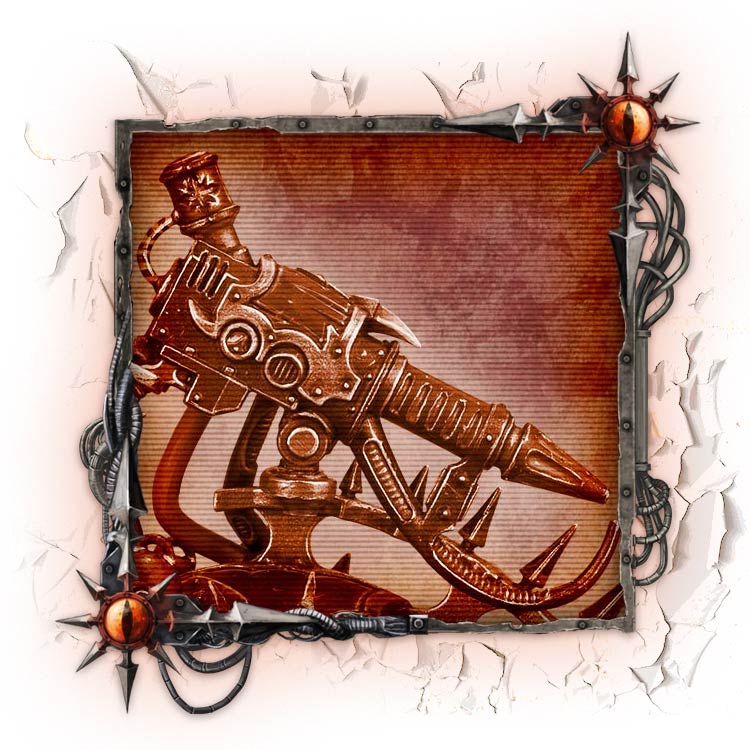 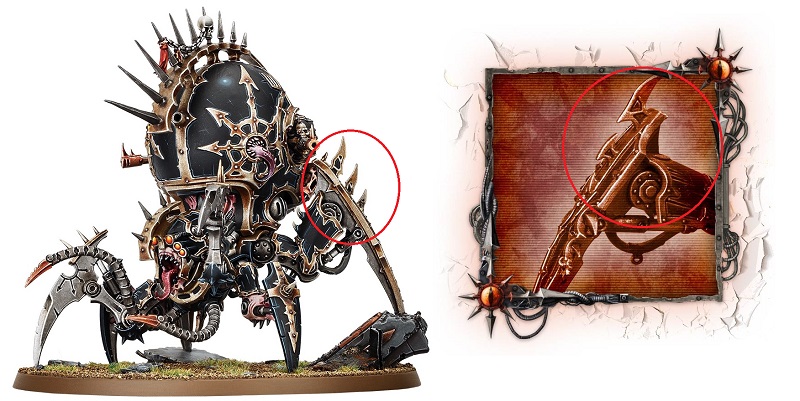 Again, these subtle difference mean SOMETHING else is coming alongside the Venomcrawler. The alternate weapon option and the alternate leg-plate with blade/fins are all pointing to the kit being a “combo” kit that you can build at least two different versions from. I wouldn’t be shocked if there was a head swap somewhere in there, too.

This Chaos release really has our creative juices flowing! Bring on the chaos and let’s get this party started! 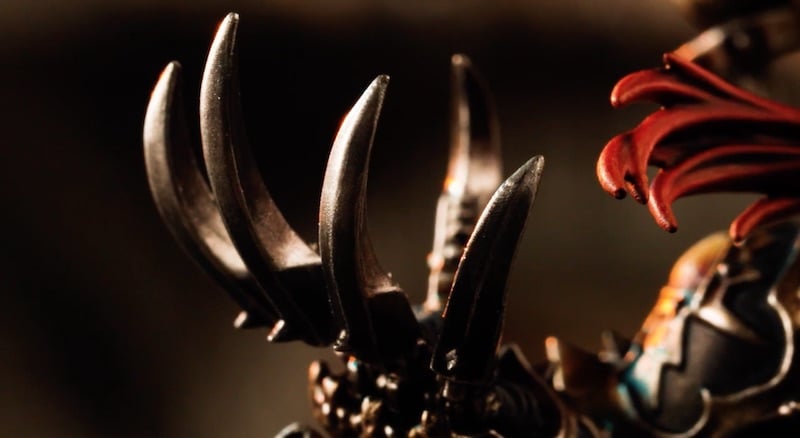 The Warmaster Demands IT!

What do you think we’re looking at today? Let us know your best guesses in the comments below!