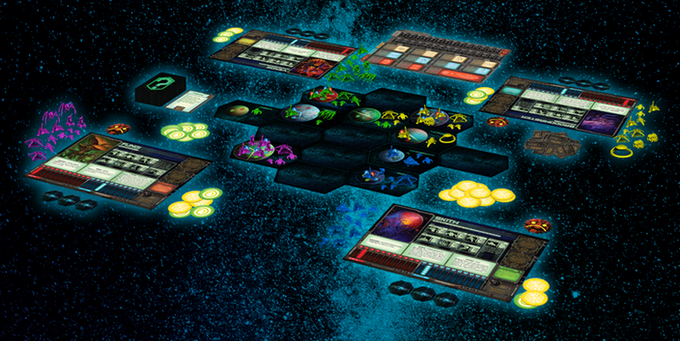 First up this week is the latest big box board game by Sandy Petersen. Hyperspace is a sci-fi 4X strategy game where up to four players compete to conquer the galaxy. The game features 25 playable alien factions, with more being added as stretch goals, and like most games by Petersen, each one has a drastically different and asymmetrical playstyle. Pledges start at $69 for the base game.

Gardens of Babylon by Cackleberry Games

Gardens of Babylon is a Euro-style tile laying game where four players compete to construct the Hanging Gardens of Babylon. Players build the Gardens by placing tiles as they move with their workers. Then, they plant seeds of their guild’s signature plant to score points. The game’s core mechanics revolve around cascading, where seeds can travel by water to interconnected tiles below. You can buy the deluxe version of the game for $49. 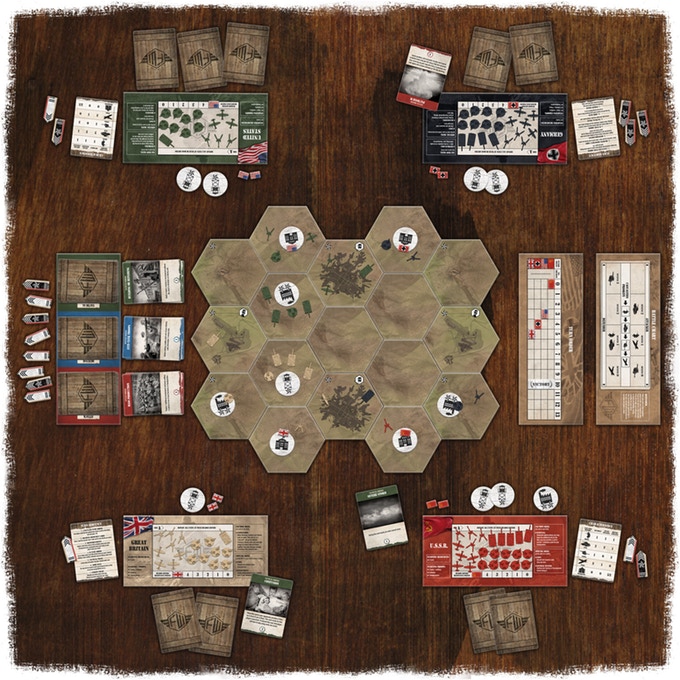 Frontier Wars is a new hex-based WWII wargame with over 100 plastic miniatures. Up to four players can choose between the US, Great Britain, USSR, and Germany to battle it out on modular hex-based boards with a variety of mission objectives. Conquer territory, construct camps and fortifications, recruit new units, and issue order cards to lead your nation to victory. The base game is $55, but there’s also a $78 bundle that includes an expansion that adds Japan and France.

Terror Below by Renegade Game Studios 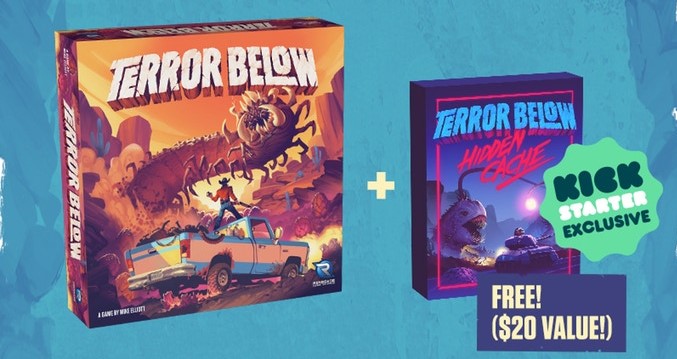 In Terror Below, players control the citizens of a small Nevada town that is under siege from giant worm-like creatures that have escaped a secret government facility. Players move around the board collecting eggs to bring back to government facilities for points. Players will also have to stock up on weapons and gadgets to fight the adult worms if they fail to outrun them. You can get the base game and a Kickstarter exclusive expansion pack for $45. 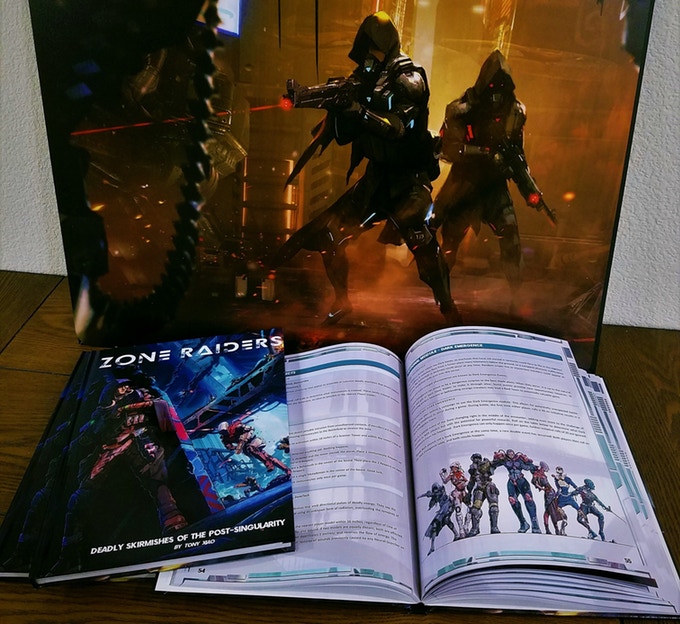 Finally we come to Zone Raiders, a campaign-focused, open-model skirmish game set on a post-apocalyptic planet. Players build their band of scavengers from one of seven faction archetypes and set out for adventure in story-driven skirmishes with asymmetrical objectives. As an open-model game, Zone Raiders gives players the freedom to use whatever miniatures they like to play. You can buy a hardcover copy, a PDF, and a set of acrylic tokens for $60.