Today on Tabletop Spotlight, we open up Mollog’s Mob and the Godsworn Hunt as we delve deeper inside Warhammer Underworlds: Nightvault.

That’s right, come join us as we take you through the two newest Warbands for Nightvault. One’s a Dankhold Troggoth and his Squiggly Beast Companions–they’ve achieved a kind of symbiosis and warily fight through the halls of Nightvault, looking for a good place to sleep; the other is a band of Chaos Marauders who have been sworn to a solemn purpose by Thedda Starscryer. Take a look:

Both of these play wildly different. Mollog’s Mob is all about focusing on one big mini–sure you have separate cards for the Bat Squig, the Stalagsquig, and the Spiteshroom, but really they’re just there to support Mollog, who will be about the business of crushing your enemies, seeing them driven before you, and flipping over to inspired and dealing even more damage the more punishment your enemy puts on him. He’s tough and deals damage in an area and is unlike any other warband out there right now. 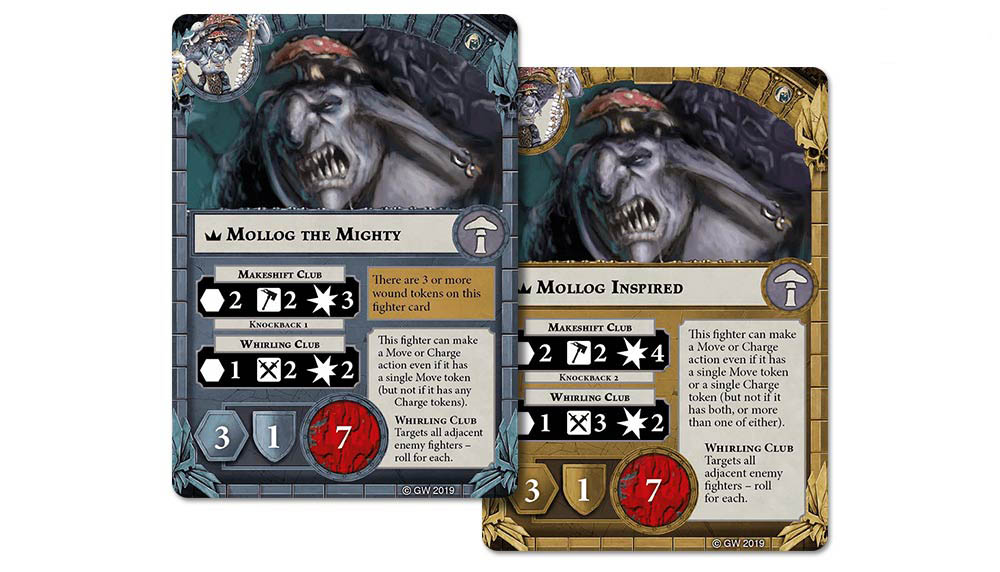 Speaking of other Warbands, the Godsworn Hunt are a band of Darkoath fighters (which, hey there’s another announcement to keep an eye out for at LVO) that bring brutality and flexibility together in a single package. Led by Thedda Star-Scryer, which gives Chaos a Wizard to use in the current season of Underworlds, the Godsworn Hunt hit hard and in many different ways. If you want to have a variable playstyle each time you come to the table, this is the army for you. With its Warband having a decided numbers advantage and many different strengths for its warriors–though it’s pretty much all about damage, these marauders cannot take a punch to save their lives. 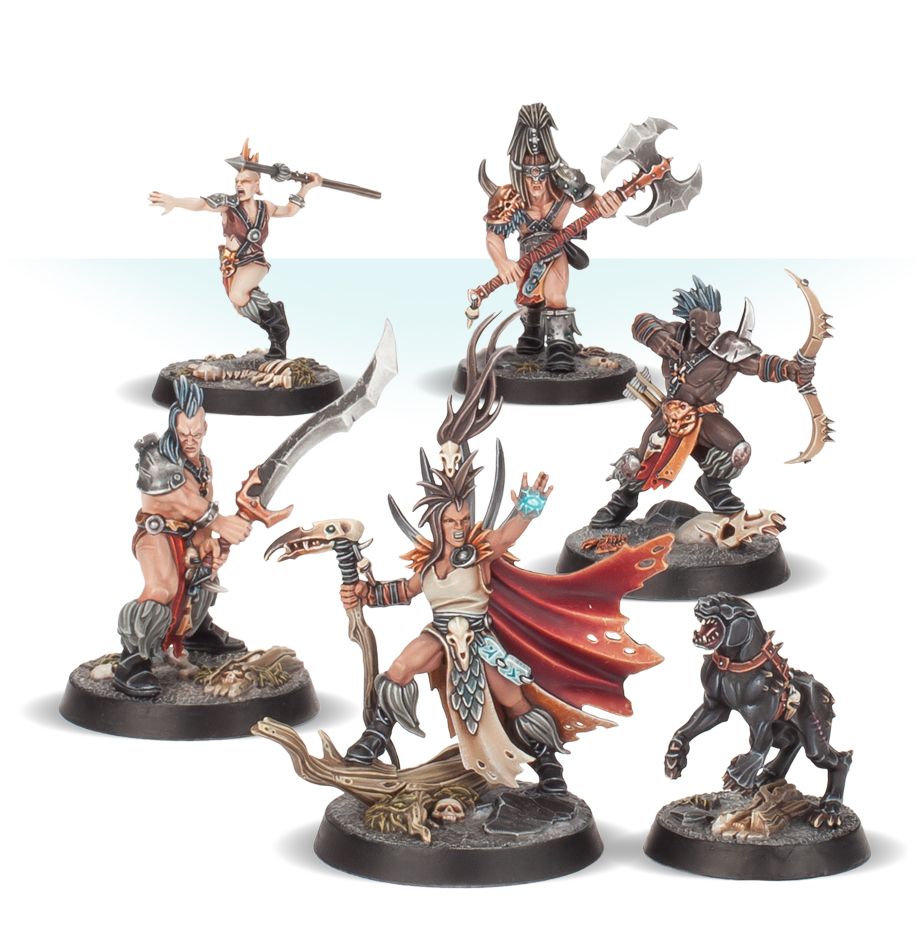 Chaos, Shrooms, all of it’s the same to Nagash.