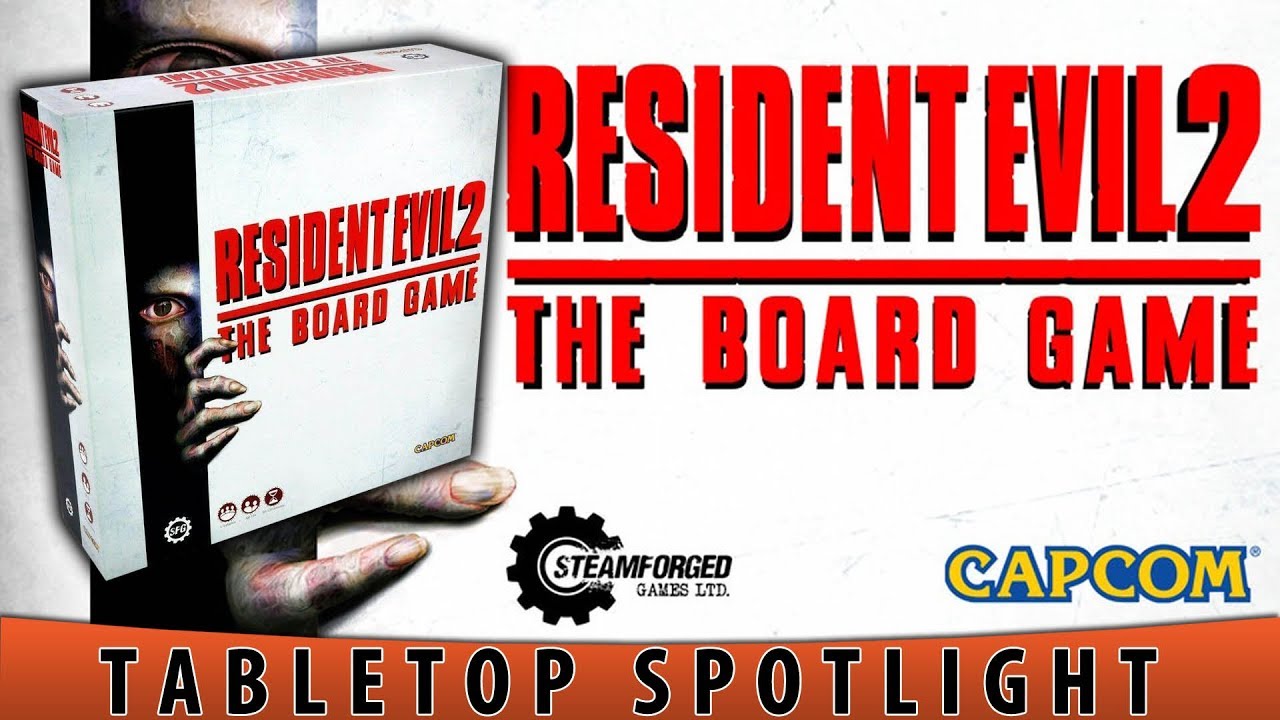 You won’t need a PlayStation for this one! Join Adam and Drake as we take a look at the video game tie in of Resident Evil 2: The Board Game.

Resident Evil 2: The Board Game is a cooperative strategy game with dice rolling and resource management mechanics. It has a story driven campaign set in the universe of the Resident Evil franchise. Players will work together as they play through one of the scenarios available within the accompanying Scenario Book. 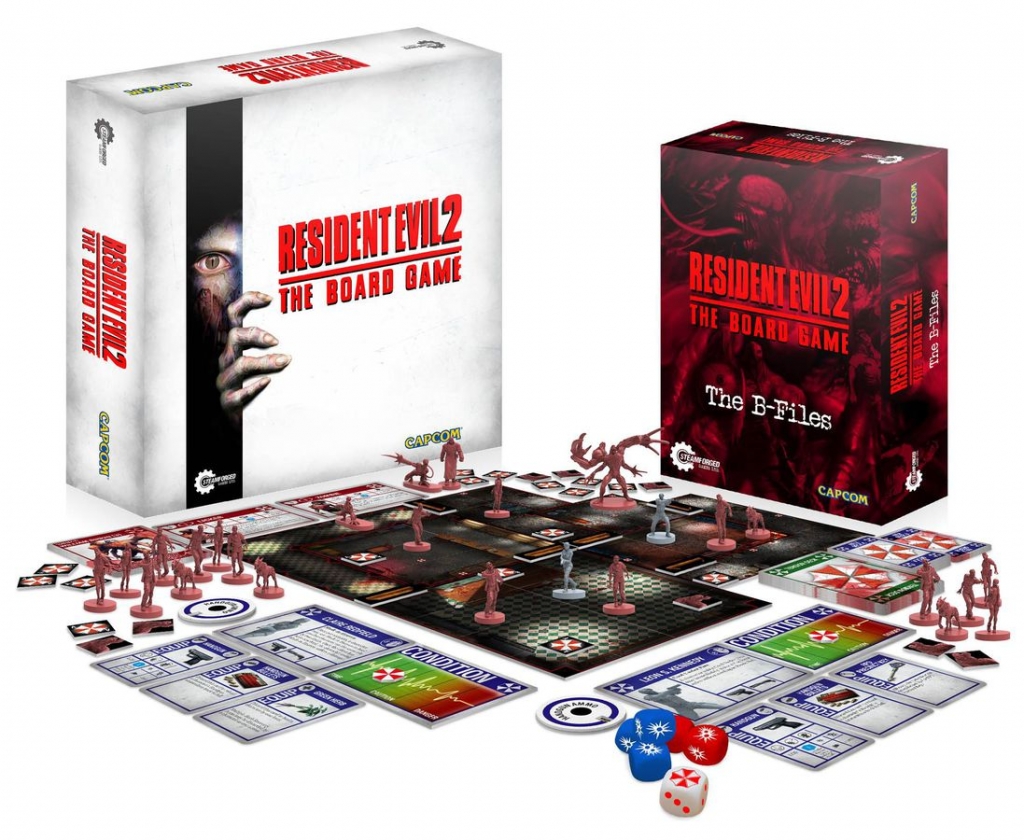 Each round has the players taking their actions: Move, Attack, Search, etc., followed by the enemy turn, where zombies will attack and advance upon their lunch. Then comes the Tension Deck, which can force all manner of random events, such as spawning enemies, giving enemies additional movement, forcing players to draw additional Tension cards, that sort of thing. If it weren’t clear enough, Tension cards are usually bad for the players. 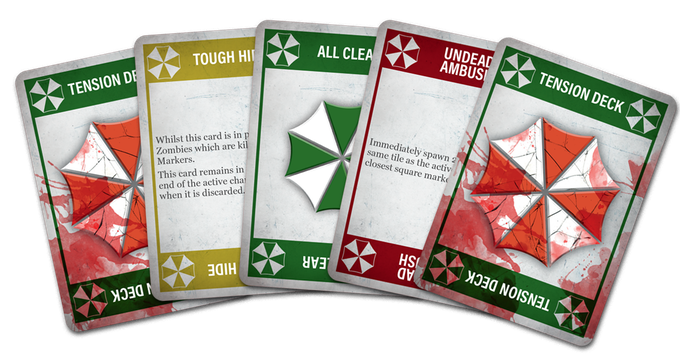 This image shows outdated art for the Tension cards.

If the players can survive long enough to meet the victory conditions of the scenario, they win the game! In some advance scenarios, if the Tension deck runs out, the undead have taken over and the players lose. But each scenario will dictate the exact win and loss conditions for the players.

Also, as players run through the scenario book, they will encounter some vicious bosses which will come with their own plethora of special abilities and rules. Good luck! 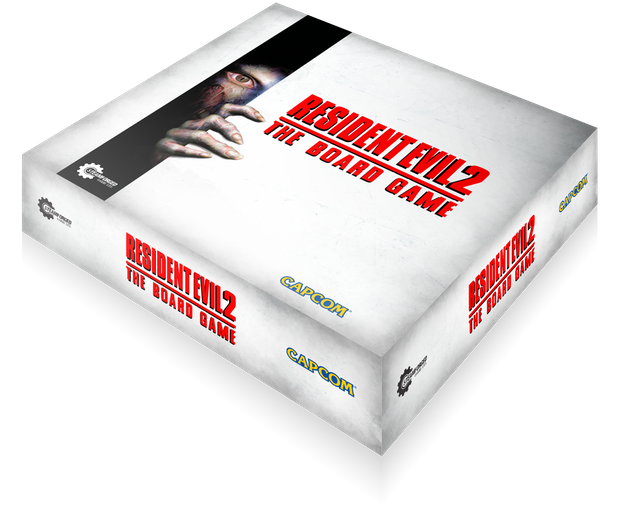 Resident Evil™ 2: The Board Game is a co-operative survival horror game for 1-4 players set in the Resident Evil™ universe. Players choose from a number of familiar characters before venturing into the zombie-infested streets and buildings of Raccoon City in a desperate fight to escape the nightmare!

Designed specifically for the Resident Evil™ universe from the ground up, this game brings the thrills—and the dangers!—of the setting to the tabletop. World-class miniatures and innovative new mechanics help deliver an experience that captures the essence of the much-loved original video games while offering new twists and turns.