40K Lore: Librarians – The Emperor’s Bastion Against The Empyrean 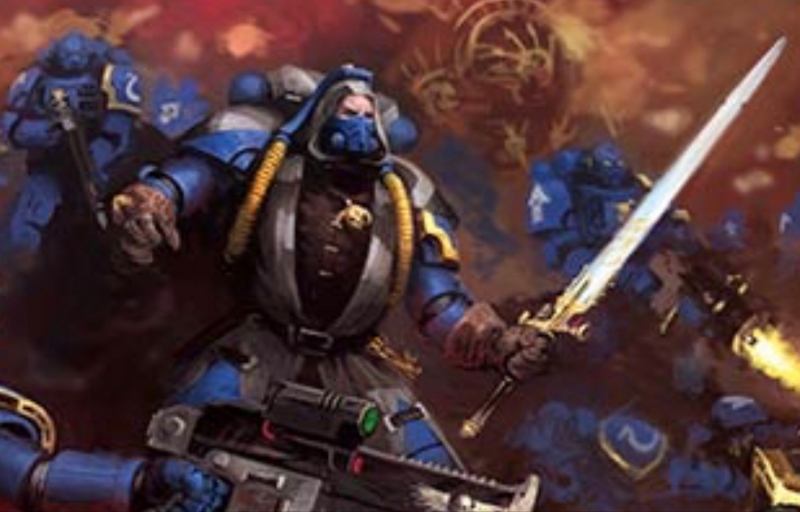 The Librarians of the Adeptus Astartes are some of the strongest minds known to humanity. They alone have the strength to battle the heretical forces stemming out of the Warp–and today our lecture centers around them.

Gather ’round Loremasters, as we probe deeper into the mysteries of the Warp. Today Librarians are the subject at hand–these beacons of psychic power, of Empyreal might. They are skilled at battling other psykers and dealing heavy blows to Daemons and other warp-spawned horrors. And any Loremaster or Loremaster-initiate that makes a reference to late fees or Dewey and the Decimal system, which is as outmoded as it is heretical, will be assigned archival duty on Fenris. So bear that in mind as we descend into the murky history of the Librarians of the Adeptus Astartes.

To begin with, Librarians are Space Marines who have proven themselves psychically gifted and strong of will. They fulfill several important specialist roles in a Chapter: off the battlefield they are responsible for interstellar psychic communications. In battle they utilise their abilities as powerful psykers. They are among the most knowledgeable of the Chapter’s history and traditions.

Though they are well respected in this day and age (depending on which Chapter we’re discussing–some, like the Black Templars, scorn Librarians as mutant filth), Librarians were not always as welcome as they once are. Indeed, in their early days, Librarians were seen as a danger, wielding a power to be mistrusted and regarded with scorn. Initially the Legions made no use of psykers within their ranks, however Magnus the Red, Sanguinius, and Jaghatai Khan proposed the Librarian program, allowing the Thousand Sons to train and create Librarius departments in a variety of Legions.

These include the White Scars, Night Lords, Ultramarines, Thousand Sons, Word Bearers, Salamanders, Alpha Legion, Dark Angels, World Eaters, and Raven Guard. Though they were opposed by groups like the Iron Warriors and the Imperial Fists. Even their creation was mired by controversy.

It’s true the first Librarian experiments were sanctioned by the Emperor. They were seen as a good way of controlling the random development of psychic powers among Space Marines. Magnus and his fellow pro-psyker Primarchs then asked the Emperor to allow recruitment of psychic individuals into the ranks of the legions. The Emperor accepted, and the Librarians became some of the most loyal troops to the Emperor.

However, following some passionate arguments on the world of Nikaea, the Emperor temporarily suspended the use of Librarians, though clearly he was only stemming the bickering tide that would blossom into the Horus Heresy, as Librarians have since risen to prominence in many Chapters, so there’s nothing to worry about and none of you should worry about the veracity of that statement.

Moving along, there are four traditional disciplines mastered by Space Marine Librarians. Each deals with a different aspect of the Warp, but all are put into service of Humanity:

And as you might expect, every Librarian undergoes rigorous training. Once a potential recruit has been confirmed to have psychic ability, the existing Librarians pass judgement upon them, dividing them into those who will join the Chapter as Librarians, and those who are so weak in power or character that they would present a danger. Worthy psychic candidates are passed on to the chapter Librarium for training. The rate of attrition is the greatest for psychically gifted candidates, as they must not only be strong enough to survive the training that the normal candidate must undergo, but possess the mental strength to endure the shaping of their minds and to fend off the daemons and entities of the Warp who see the strong form and mind of a Librarian as a great prize.

During their training they must hone their psychic power as well as gain some measure of protection from the predators of the warp. The greatest danger psyker recruits face is the loss of their very sanity.

Once a psyker has completed his training, he will be allowed to join the Librarius as a Lexicanium and can then rise through the ranks, becoming a Codicier, Epistolary and eventually Chief Librarian. His duties include interstellar communication and screening potential recruits for psychic abilities.

Even still, some Librarians are shunned by those who view them as heretics and mutants with psychic power. There can be a gulf between Librarians and their brethren in the Chapter. But, still they stand strong.

And so it is with those who have much to give–their power marks them, but as long as they wield it in service of Humanity, surely the Emperor will protect.