Gather ’round loremasters and loremaster-initiates. Our discussion of precariously heretical topics continues, to show how even the best intentions can lead to damnation if left unchecked.

The Crimson Slaughter are a cautionary tale, Loremasters and Loremaster-initiates, an object lesson in hubris and how bloodshed and slaughter, even in the Emperor’s name aren’t always the answer. This cursed chapter was once known as the Crimson Sabres, a valiant chapter that became marred by its zealotry in the days before its fall. Consider the actions on the Space Hulk known as the Amalgamation.

In an effort to prove themselves to some of the more well-known chapters, the Crimson Sabers ignore unwritten protocol and launch an assault against a Daemonic siege on the hulk, which while ultimately successful, did cause them to breach unspoken tradition. The Crimson Sabres were coldly treated as impudent newcomers rather than as comrades in arms. And ended in a firefight with the Dark Angels for reasons involving interrogating a specific prisoner whom the Crimson Sabers allowed to escape. We lost three Loremasters trying to learn why one, seemingly insignificant colonist among thousands could interest the Dark Angels so. But that’s a story for another time.

Feeling like a kicked dog, the Crimson Sabres remained loyal to the Imperium but severed all ties to their brothers in the Adeptus Astartes, snubbing then. This, then, is where the Chapter began its fall. For it is only in community that we find safety in the ever-watchful eyes of friends and neighbors who will root out corruption wherever it shows itself. Whether in suspicious action like not showing enough loyalty to one’s superiors, or routinely showing up late to lectures, heresy has many signs–all of which can be missed if you depart from your community. 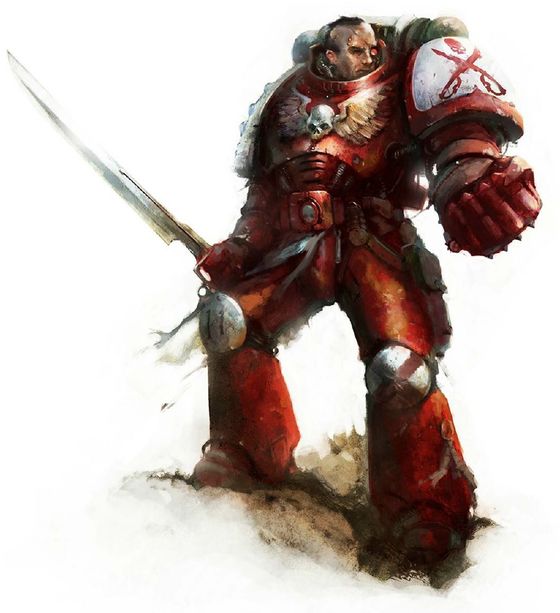 And so it was with the Sabres, who found themselves increasingly paranoid that their Chapter was considered traitorous–and in their zeal to prove themselves, they found the jungle world of Umidia, where everything changed.

After receiving distress call after urgent distress call, all available warriors from the entire Chapter gathered onto the fateful planet. With each new location their augers scanned, they found more corruption, so that it was not long before they went from localized assaults to genocidal cleansing. In their methodical manner, the Crimson Sabres purged Umidia, seeking nothing less than to eliminate every single one of the world’s inhabitants. Much later, when questioned about the deed, members of the Crimson Sabres claimed that all of Umidia’s citizenry were given over to Chaos worshiping Balethu Cults.

In the wake of their purge, teams of Inquisitors from the Ordo Hereticus were sent to investigate. The Inquisitors found no evidence that the Balethu Cults were worshipers of the Dark Gods. The Inquisition report was damning to the Space Marines, determining that The Crimson Sabres’ action went well beyond the eradication of some hidden cult, it had been an act of butchery. 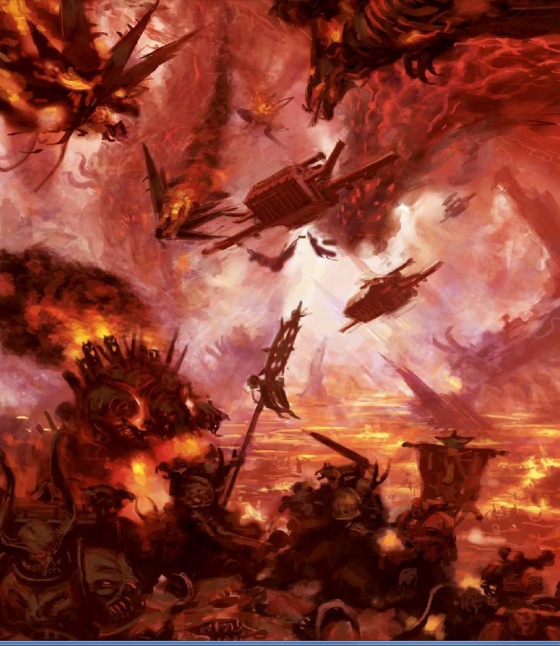 And there it might have ended, but the Crimson Sabres found themselves a haunted chapter not long after. Individual members of the Chapter began feeling foreboding presences, and instead of meditating peacefully, began to hear the voices and see the faces of those they had slaughter. Only through battle and death could the Crimson Sabres rid themselves of the voices that haunted them. It was Sevastus Kranon’s plan to steer a course into the Eye of Terror.There, they could attack the hell-spawned traitors within that forsaken region and no further innocent lives would be lost. They might be branded as traitors, but Kranon knew they were not. It would be a noble end. After battling through a blockade of Imperial Fists Cruisers, the Crimson Sabres were able to enter the Eye.

And so it was that they fell into the Immaterium. For a time, they fought against Chaos–during what became known as the Renegade Wars. However, ultimately, the fell. There was no single moment that marked the Chapter’s turning to Chaos, rather it was a gradual evolution. The flowing powers of the Warp and the heightened fears and desires of each Space Marine combined to morph the Crimson Sabres into the Crimson Slaughter. However the chapter was slowly becoming hideously mutated, and already two hundred Marines were dead. With aid out of the question, doom seemed imminent for the chapter. At that moment, at that low point of despair and utter failure, Kranon Sevastus decided that he no longer wanted martyrdom. Instead, he wanted to live. 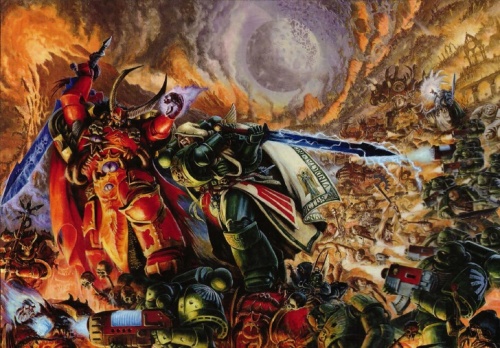 Now the Crimson Slaughter traverse the galaxy slaughtering wholesale in an effort to find a moment’s peace.

Consider this lesson a warning to those of you thinking of abandoning your brothers and sisters and starting an archive of your own. 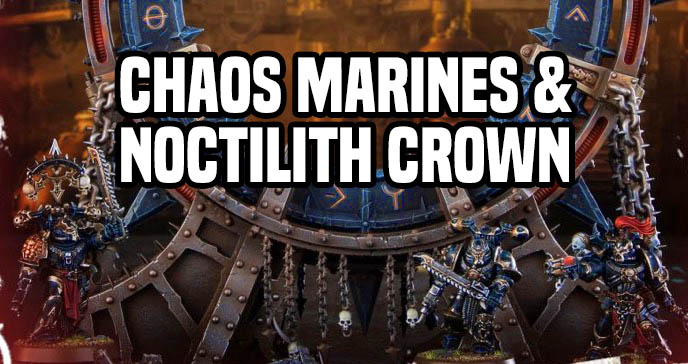