We know what kind of twisted horrors await the Space Marines on Nemendghast–but today, we’re taking a look at the valiant captain of Strike Force Shadowspear, come check out his lore and miniature within.

Strike Force Shadowspear is a force of Vanguard Space Marines–elite recon operatives who are outfitted with even more specialized gear and training so that they can range out in front of the battle lines and stealthily take down targets in the Emperor’s name. And leading these Vanguard Marines is a man who fought at the forefront of the Indomitus Crusade, Captain Acheran. And he’s got a sweet new miniature, come take a look.

First up, here’s the Captain himself: 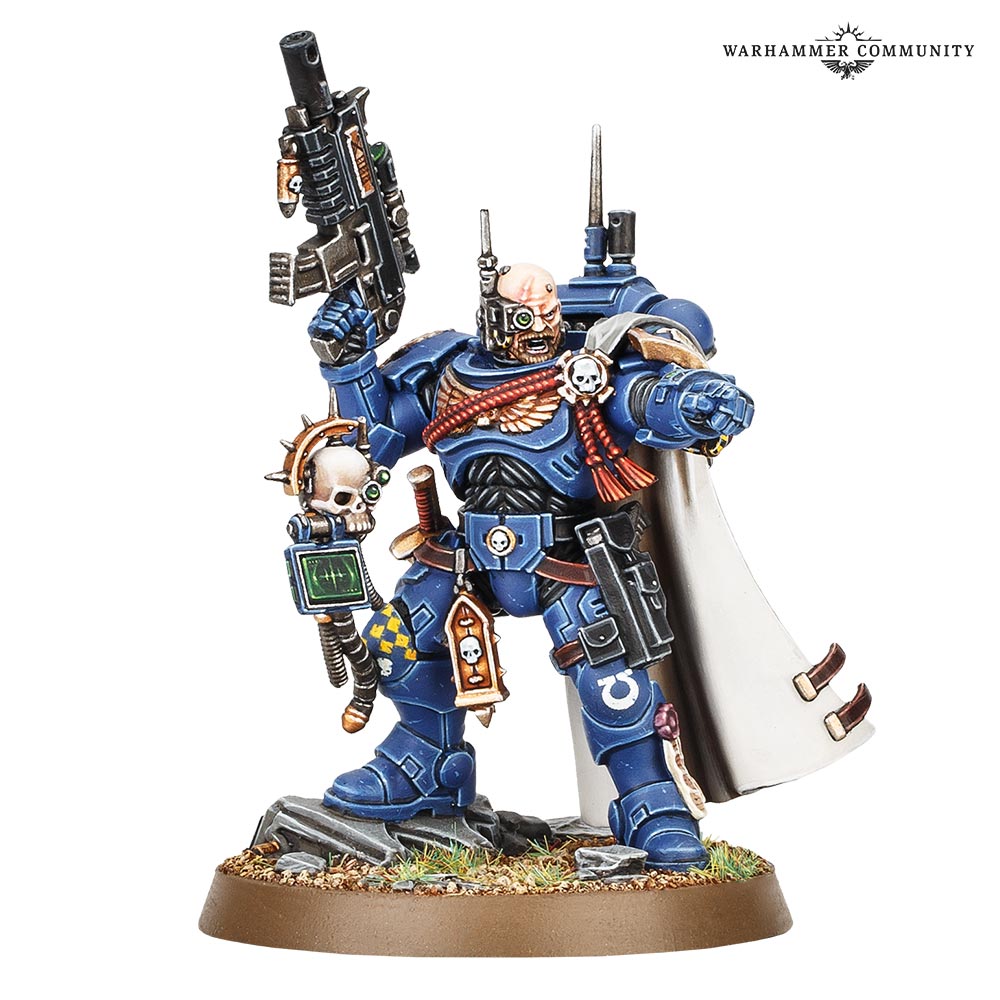 The Vanguard Space Marines of Strike Force Shadowspear hail from the Ultramarines 2nd Company and fought with distinguished honour alongside Roboute Guilliman himself at the forefront of the Indomitus Crusade. Captain Acheran – a cunning and decisive leader whose actions have earned him numerous battle honours – was handpicked by Marneus Calgar to lead the covert investigation of Nemendghast. 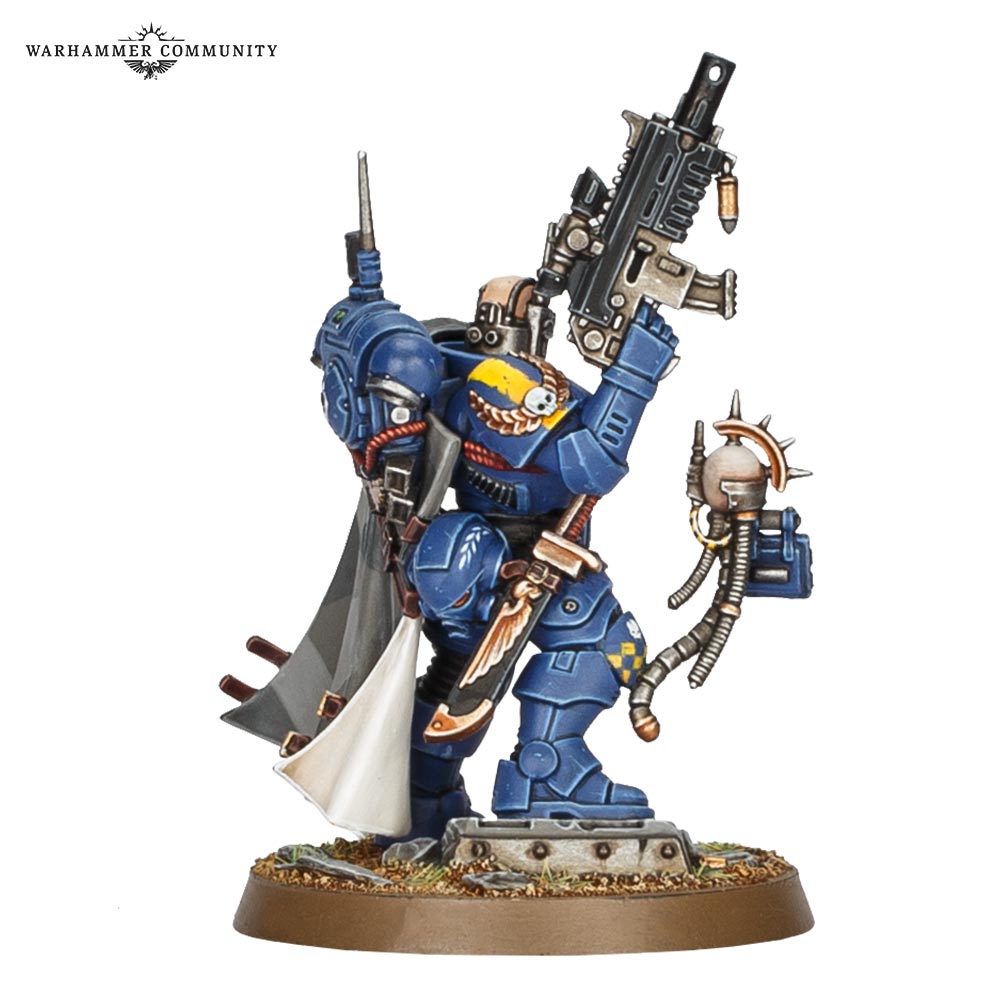 A modest and taciturn commander, Captain Acheran has found the clandestine operations of the Vanguard Space Marines perfectly suited to his skills. Rather than rely on zealous oratory, Acheran prefers to let his actions and astonishing marksmanship do the talking. Even while the fiercest battles rage about him, Acheran remains a picture of serene calmness, delivering curt orders to his warriors while blasting enemy commanders from their feet with dead-eye shots from his master-crafted bolt carbine. It’s with good reason that the Marksman’s Honour hangs from the forestock of the Captain’s firearm. 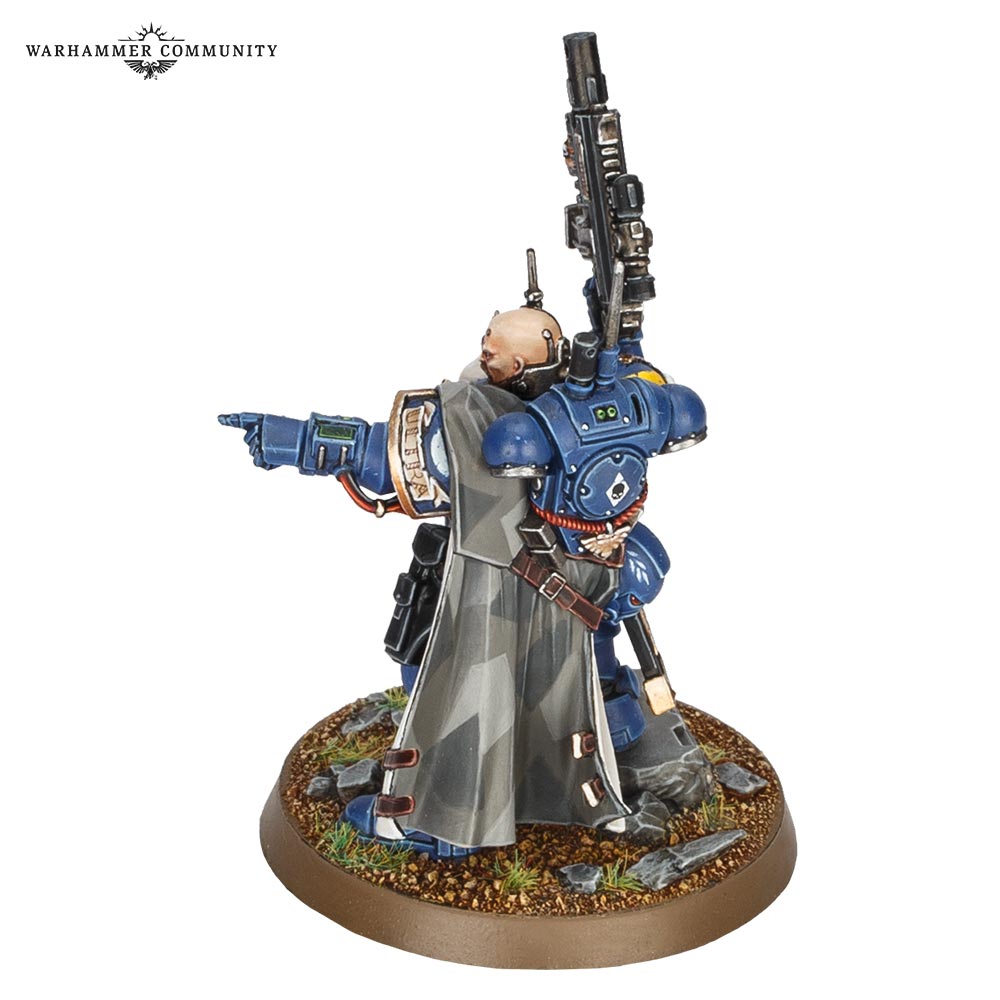 Acheran is represented by a Captain in Phobos Armour, which is usable by many Space Marines Chapters along with the other Vanguard units in the set.

This new Captain miniature looks amazing. And it sounds like we can get an idea of some of the new Vanguard marines’ capabilities. Joining the Captain in Gravis armor you can grab a Captain in Phobos armor. We imagine he’ll still do all the normal captain stuff, and possibly have some abilities to reflect his special marksman ship (beyond just rerolling ones while being BS 2).

At any rate, it just goes to show you there’s still more to see. Vigilus falls in 4 days, so we’ll have to see what happens when that countdown ticks to 0. But in the meantime–we’re excited for the new Captain!

What do you think of this new mini? Let us know in the comments!