The sons of Angron are back, their Butcher’s Nails are fired-up, and they are ready for some wholesale slaughter in this new Faction Focus!

Folks, I’m torn about this one. On one hand, I’m glad to see some info on the World Eaters and I’m glad to get a few sneak-peeks at more stuff on the way in Vigilus Ablaze. On the other hand, there’s nothing really new for the World Eaters. And frankly, I’m a little disappointed that we still aren’t getting new Khorne Berzerkers. GW teased a new character with the Master of Executions which is good. However, in the same article, they showed off some more pictures Kharn and some old Berzerkers. 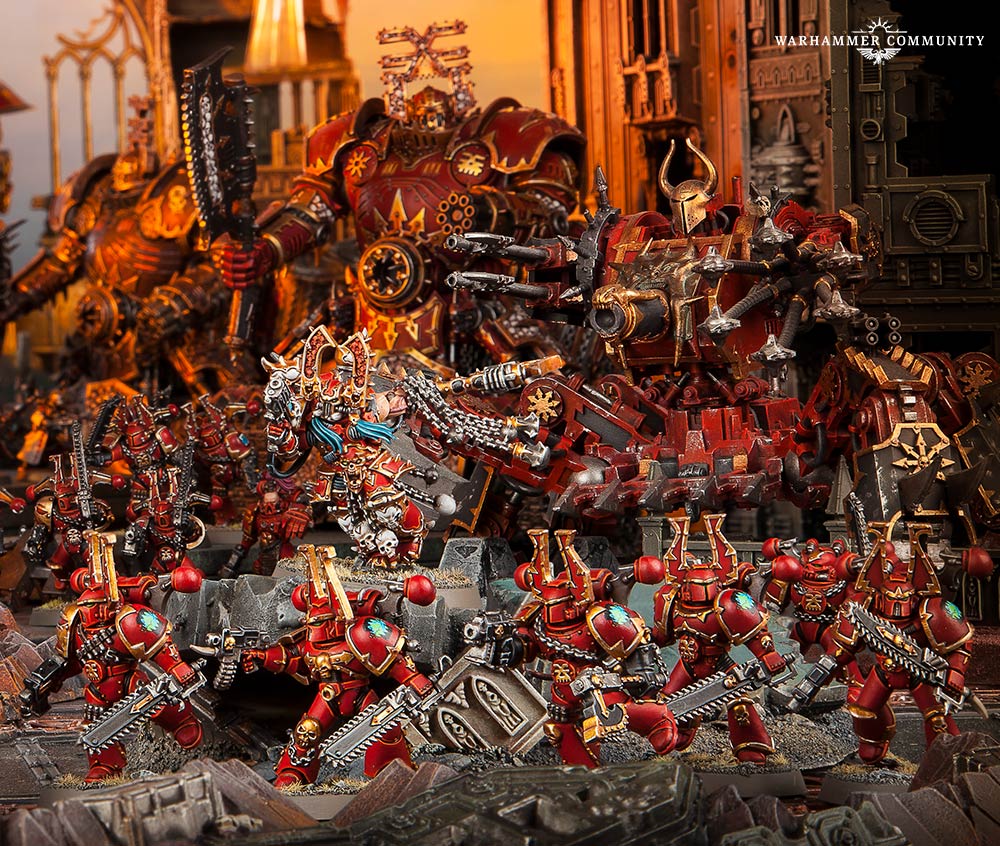 Oh well. Maybe next time. For now, don’t go burning your Khorne Berzekers or anything. Instead, go buy some Blood Warriors and convert your own. Just add back-packs and bolt pistols – no one will fault you for that. 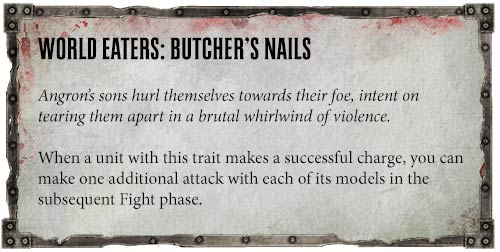 The Butcher’s Nails is the exact same Legion trait they had in the previous version of the codex. It still adds an extra attack for the fight phase for units that make a successful charge. I’ve seen this work pretty well with Khorne Berzerkers thanks to their ability to attack twice in one fight phase. For a unit of 10, that’s another 20 attacks which can be pretty brutal. But you knew that already – because it hasn’t changed!

Slaughterborn is their legion specific Warlord Trait. When your Warlord kills an enemy Character, Monster or Titanic model the can add 1 to their attacks and Strength for the rest of the game. 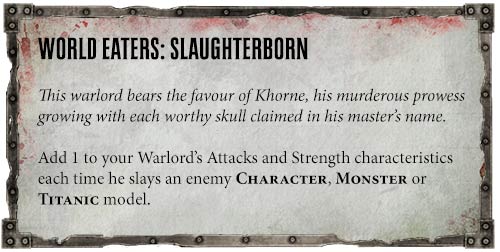 Again, this is the same from the previous version and if you’ve tried to make this work in your armies before you’ll probably end up in the same boat. Now, there are a few armies out there where this can get pretty silly. Genestealer Cults really don’t want to deal with your Warlord thanks to their reliance on characters and their auras to really make that army work.

On With The New

While the World Eaters themselves didn’t get any major overhauls, Vigilus Ablaze is bringing some new stuff for their Khorne Allies. We knew some new things were coming for the Daemons of Khorne (which is why we got that surprise Blades of Khorne update for AoS in the middle of the Chaos/Vigilus release). At least they are getting a cool Specialist Detachment: 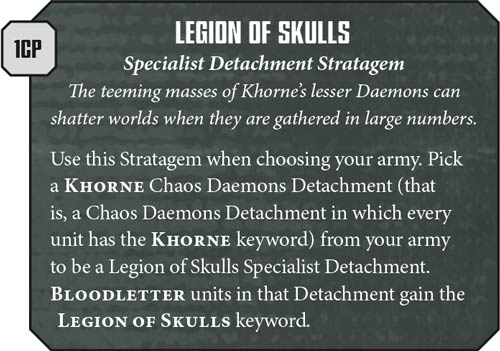 Again, this just unlocks all the new stratagems and other options for the chosen detachment. The Warlord Trait looks to be somewhat useful: 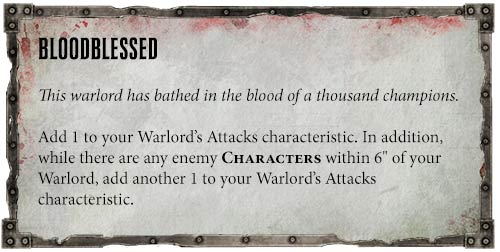 An extra attack is nice. Plus the Warlord would also get a second extra attack if they are within 6″ of a character. Considering the options for your Warlords in a Khorne Chaos Daemons list, more attacks seems to fit! While most Khorne Daemons are known for their melee combat prowess, don’t discount their BS. If you want to surprise your opponent, you can fire the Brazen Skull at them: 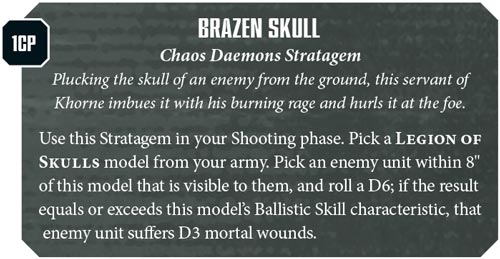 1 CP for a shot at D3 Mortal Wounds? It’s not the worst thing you can spend CPs on!

There you have it folks. Not much is changing for the World Eaters. At least their Khorne Daemon buddies are getting some new abilities in Vigilus Ablaze. Cool.

“We dodged THAT bullet!” …And disappointed World Eater Fans everywhere.