Pathfinder’s New Campaign Setting Brings About A Concordance Of Rivals

Explore some of the most primal forces in Golarion–the neutral-aligned monitors who fight for balance in the universe. Come see what will turn a man/woman/being-beyond-reason-or-corporeal-understanding neutral.

Get ready to take a look at some of the more esoteric parts of Golarion. Whether it’s the neutral outsiders that fight over what makes the universe tick, ancient aeons, or other weird primal/deific forces given form in the book, you’ll find something strange and very Pathfinder-y in this new setting. Lots of bizarre monsters that are both cosmic and quirky, contribute their own special brand of terror and challenge to parties looking to explore a Concordance of Rivals… 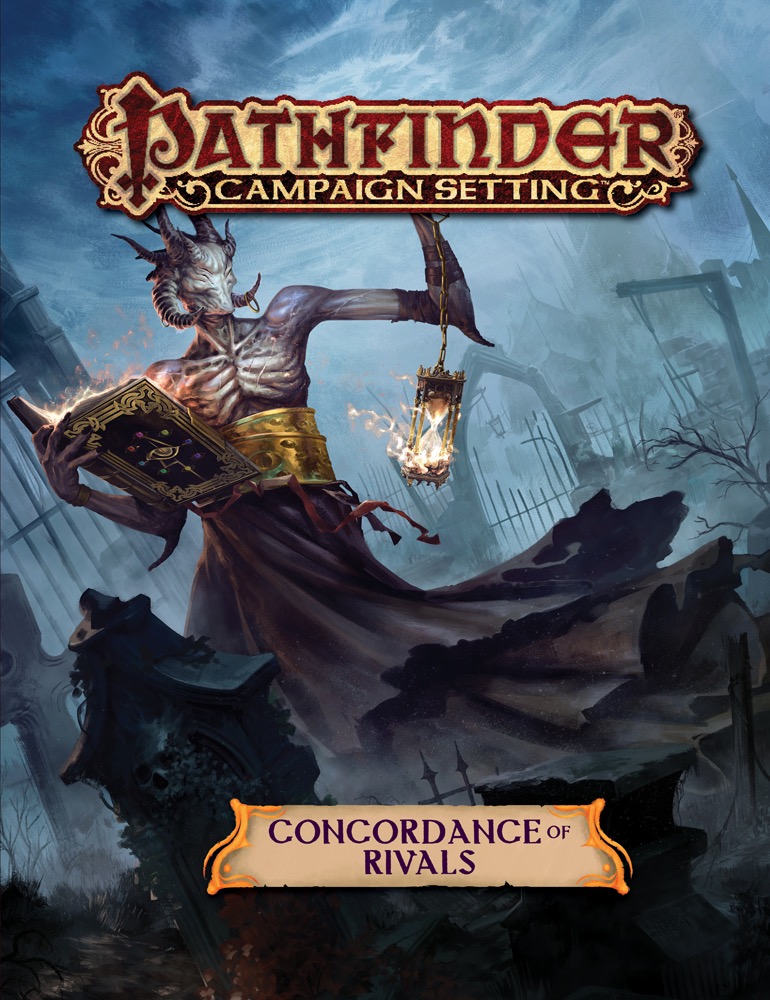 Beyond Good and Evil

Monitors—neutral outsiders dedicated to maintaining their views of the universe—reject the battles between the wicked and the righteous and instead war over the underpinnings of reality. Join the cosmic debate with the secrets and esoteric lore found within, including: