Step aside all you non-named Chaos Characters, we’re taking a look at 7 of the best and strongest unique characters who have sworn their allegiance to Chaos! We’re basing our list based on a few different factors like leathality, toughness, and overall usefulness in your army. These are the characters that have risen to the top and ones you should fear if you see on the other side of the tabletop!

Magnus is still on the top. He’s #1 in our book simply because he’s an army unto himself. He’s got almost the same staying power and lethality that Mortarion has, but he has ALL those extra psychic powers – that’s why he takes the cake.

I mean, we mentioned him right along with Magnus because he’s arguably more killy and tougher than Magnus – he just can’t go quite as hard on with the Psychics. But if he’s in your list you’ve already got a massive beat stick that will demand your opponent’s attention. Otherwise, he will walk all over them and claim them for Nurgle’s gardens!

As we said at the top, we’re looking at lots of factors and Ahriman scores extremely well in the overall usefulness category. He’s not a combat monster, but he is a powerful force multiplier thanks mostly to his array of Psychic Powers. He’s common to see alongside Magnus for more than just lore-reasons, and he’s a regular in the Chaos Meta. Ahriman is totally worth running!

Abaddon the despoiler is a monster in combat. Make no mistake, he will rip just about anything he touches in half and is capable of going toe-to-toe with anyone else in the game. He’s also got some usefulness to spread around with his Aura ability. If he toss out a smite a turn (he can’t) then he’d be even scarier! It’s probably a good thing he doesn’t have any psychic powers now that we think about it… 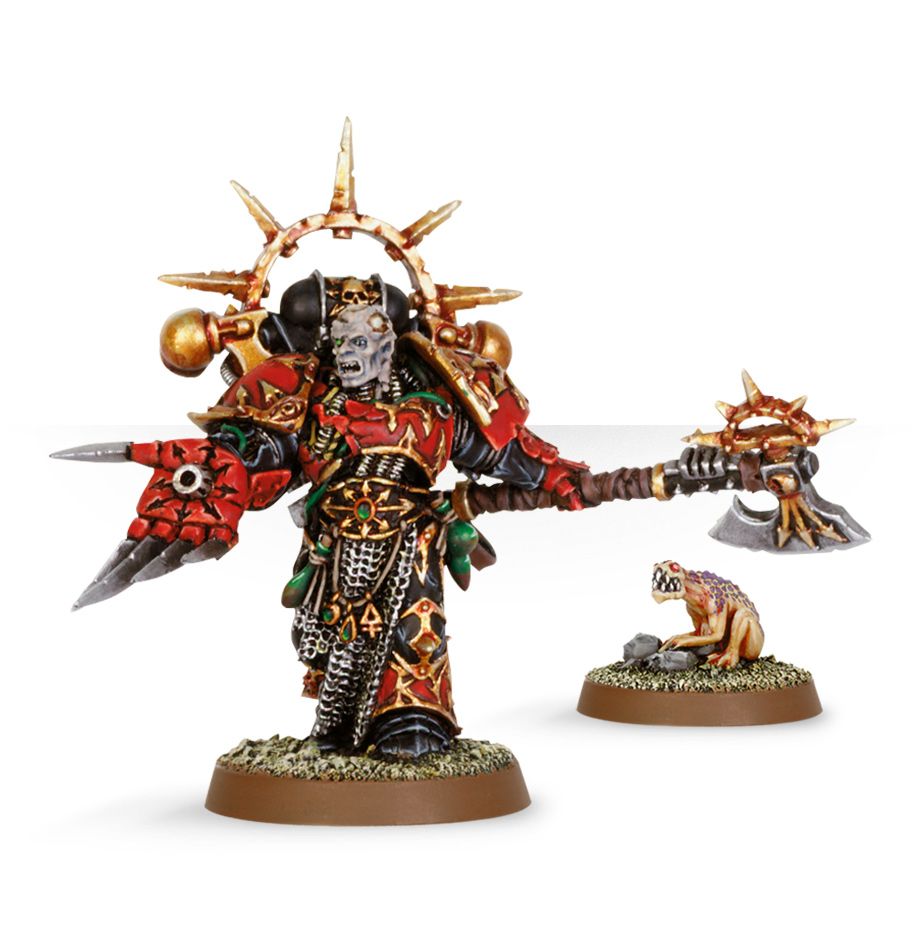 Huron Blackheart’s stock just shot through the roof thanks to the new Red Corsair’s rules in Vigilus Ablaze. If you’re looking to run CSM and want a cheap/effective HQ Huron is 105 points and he’s got a ton of weapon options. Compared to a Chaos Lord, he’s got a similar stat-line and comes with Psychic powers and some extra versatility with his weapons like a 9″ heavy flamer! He’s a tiny package and he STILL boosts Red Corsairs around him, too. What’s not to like? 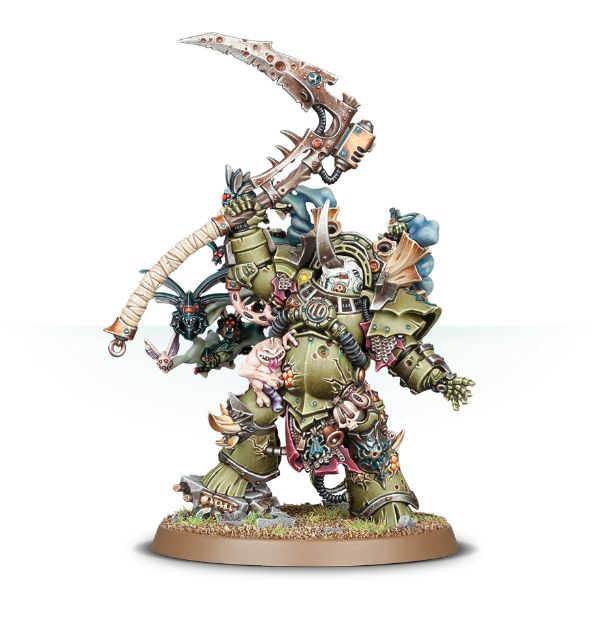 Typhus is on our list because he’s so stinking tough to kill and he manages Poxwalkers even more annoying to kill. Plus he has some Psychic Prowess to help out with those powers or random Smites. He’s no slouch in close combat either – if he can manage to get there with his slow speed. Just park him in the middle of a Poxwalker Pack and have the un-ending tide of zombies surge forward. Enemies won’t be able to target him and he’ll be able to cause lots of problems once he gets into combat…eventually.

Kharn’s combat prowess is well known. He scores extremely high on the “kill factor” but he’s not exactly a team player. If you can manage to get him into combat he will do his job. And if you can keep a friendly unit or two of World Eaters near-by they can soak-up those re-rolls to hit. Then again, he’s probably going to kill them in the process. Low marks for over-all usefulness and a zero when it comes to psychic potential, that’s why Kharn rounds out our Champions of Chaos Lists.

There are LOTS of Chaos Champions out there that didn’t make the cut – let us know who you think deserves a spot on the list in the comments!