The Retro Corner returns from the vault to bring you another relic from days of yore – it’s the Index Astartes Vol. II!

The Index Astartes II picks up with the 6th-9th legions and contains the background of the The Space Wolves, Imperial Fists, Night Lords, Blood Angels. It also goes into more detail about the Grey Knights and Death Watch, the Black Templar’s Chapter, and has an article about the history of Space Marine Chaplains. But perhaps most intriguing is the last article about an mysterious Cursed Founding! 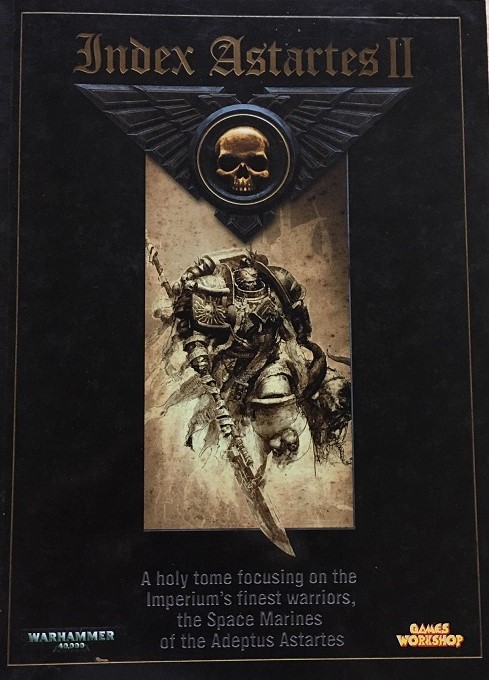 It’s also fun to look back at these old books and see how the lore has changed. The Deathwatch and Grey Knights, as an example, we basically the same “chapter” as they shared a paint scheme which you can see in the video. However, that was later retconned and they became two distinct parts of the Inquisition – The Daemon Hunting Grey Knights and the Xenos Killing Deathwatch.

Author: Adam Harrison
Writer, Editor, Texas Native, and Austinite for 15+ years, Adam covers all things Tabletop Gaming. Which includes Warhammer 40,000, Age of Sigmar, D&D, Board Games and everything else that involves dice, boards, cards and a table. A hobbyist, player, and collector of miniatures and games, Adam's current obsession are his Death Armies for Age of Sigmar, his Blood Angels and Tyranids for 40k, and his ever growing Arkham Horror: The Card Game Collection.
Advertisement
Games Workshop Miniatures Retro Games Space Marines Warhammer 40k
Advertisement