Warhammer Underworlds is getting some brand new warbands. Come and meet the Sylvaneth stalkers of the Mirrored City: Ylthari’s Guardians.

Let’s get right down to it. The Sylvaneth have come to the Mirrored City. Having woken up after a long sleep by the events of the Necroquake, these Sylvaneth Guardians are a fast, hard-hitting warband with surprising amounts of range. They require a little finesse to pull off successfully–but can be a very rewarding warband in the right circumstances. Let’s take a look at Ylthari’s Guardians. 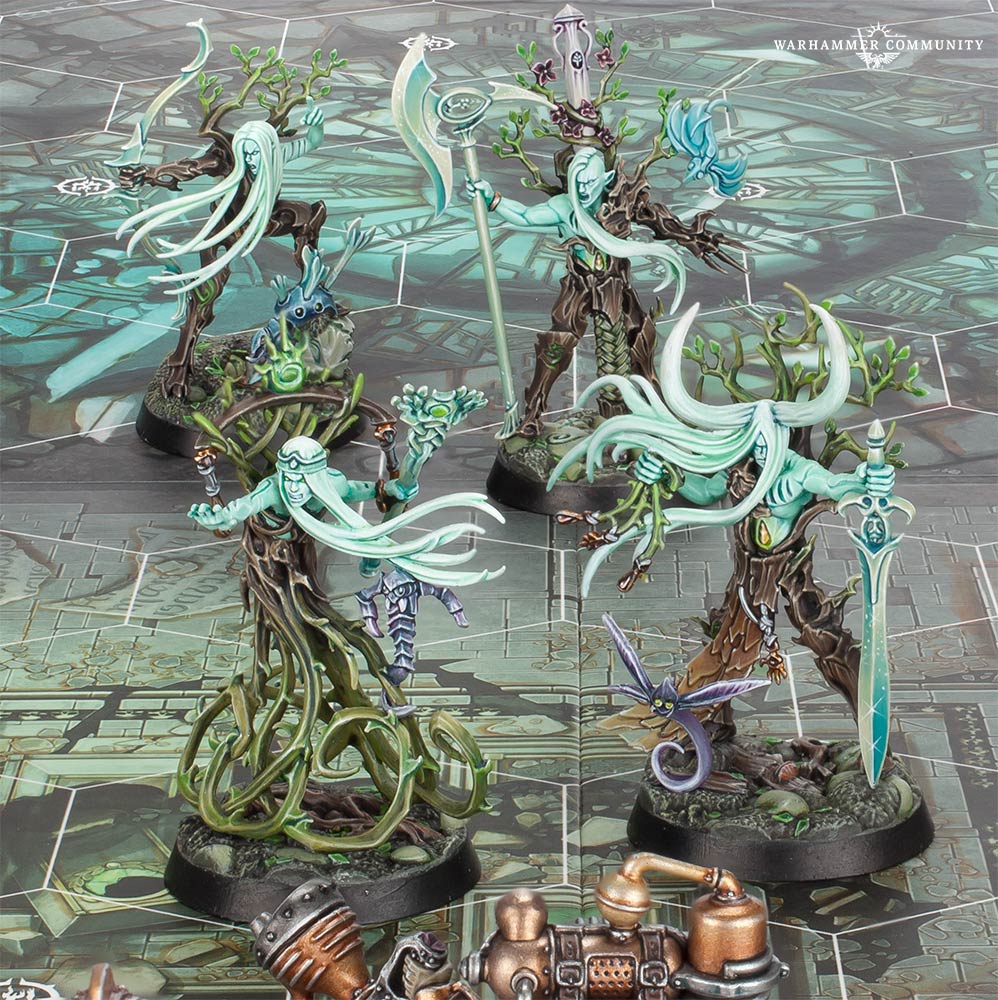 Ylthari’s Guardians has four different fighters. They skew towards aggression as they hit hard but can’t take as much punishment–however, they all become inspired whenever they’d be healed, which will keep you hitting harder with surprising resilience. Focused attention will drop you though. Gotta go fast with these Sylvaneth. 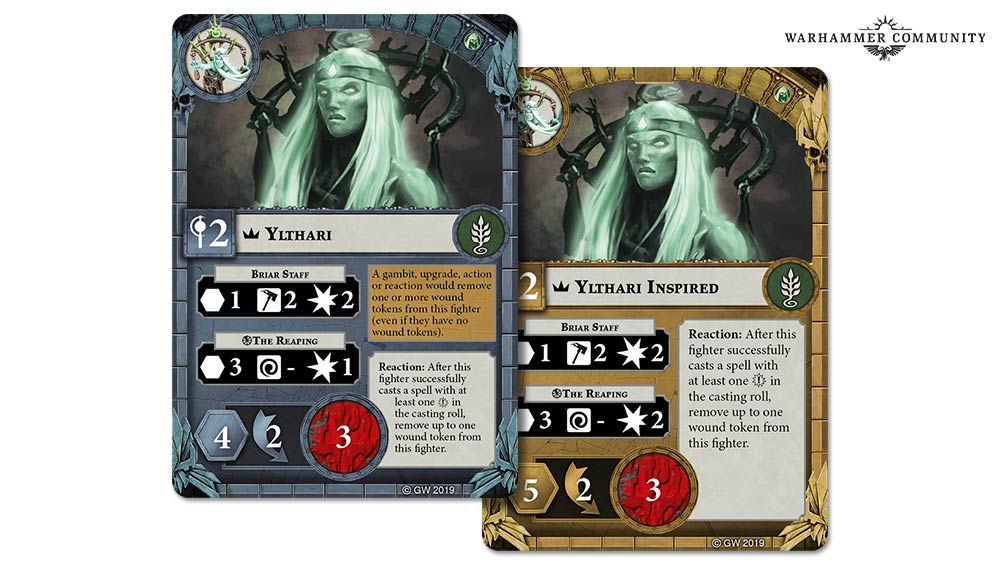 Ylthari is the leader of the warband and is incredibly flexible, boasting strong Attacks up-close and at a distance, along with swift movement and a decent 2 Dodge for defence. Once Inspired, she has a frankly terrifying 5 Move which, combined with The Reaping, gives her a huge threat range. 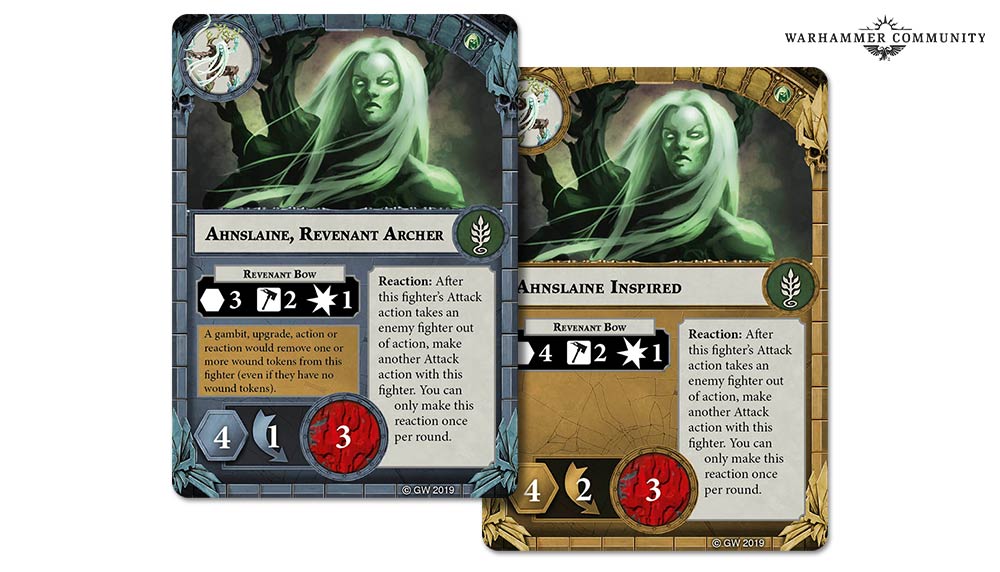 Ahnslaine is your finisher for Ylthari’s Guardians. Should she take out a foe, she’ll immediately get to Attack again! This makes her invaluable against swarm warbands like Zarbag’s Gitz, and with some careful planning, can lead to some truly devastating turns. 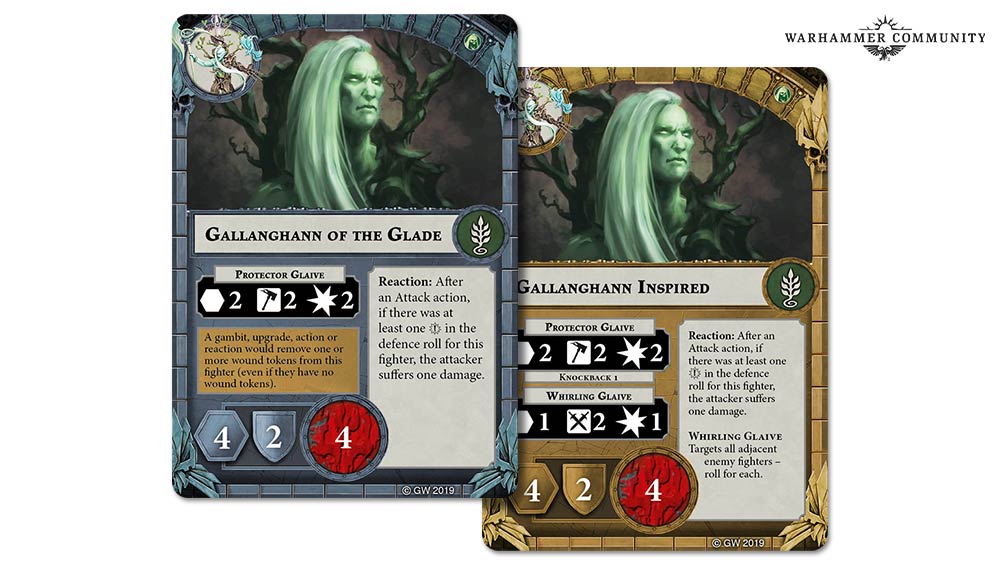 Gallanghann is the “tank” of your Warband, coming right out of the gate with a massive 2 Block and 4 Wounds. Capable of dealing solid damage and even deflecting incoming attacks, you’ll want to use him to distract your foe with frontal assaults to take the pressure off your other fighters. 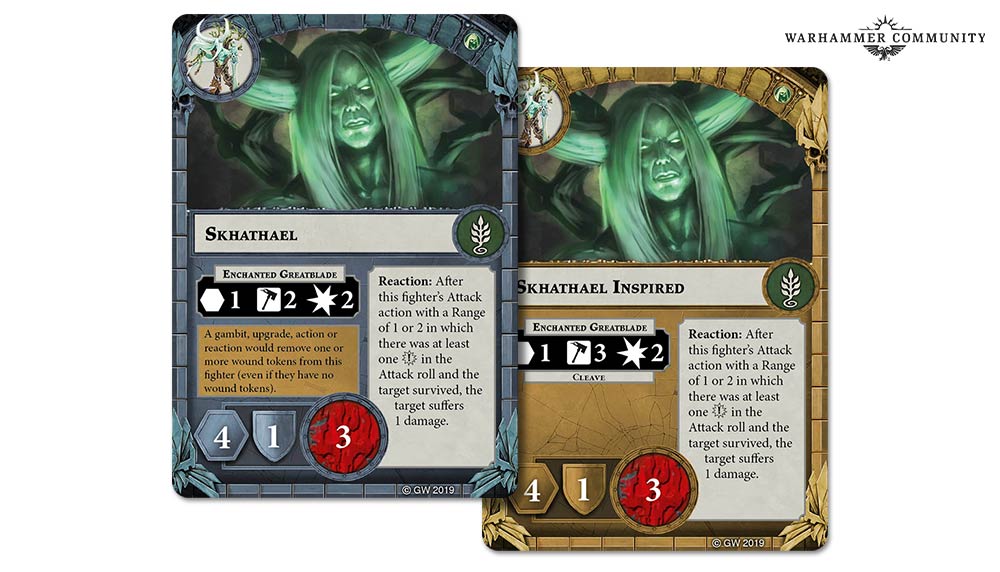 Skhathael is your melee damage dealer. Fast, and boasting a brutal Attack, Inspiring this guy should be a priority, as it gives him a mighty 3 Dice for his Attack and the ever-useful Cleave.

They excel at range or getting up close to their foes. And as you might expect with a faction that works best when they get healed, there are a number of options to restore/inspire your fighters in those clutch moments. 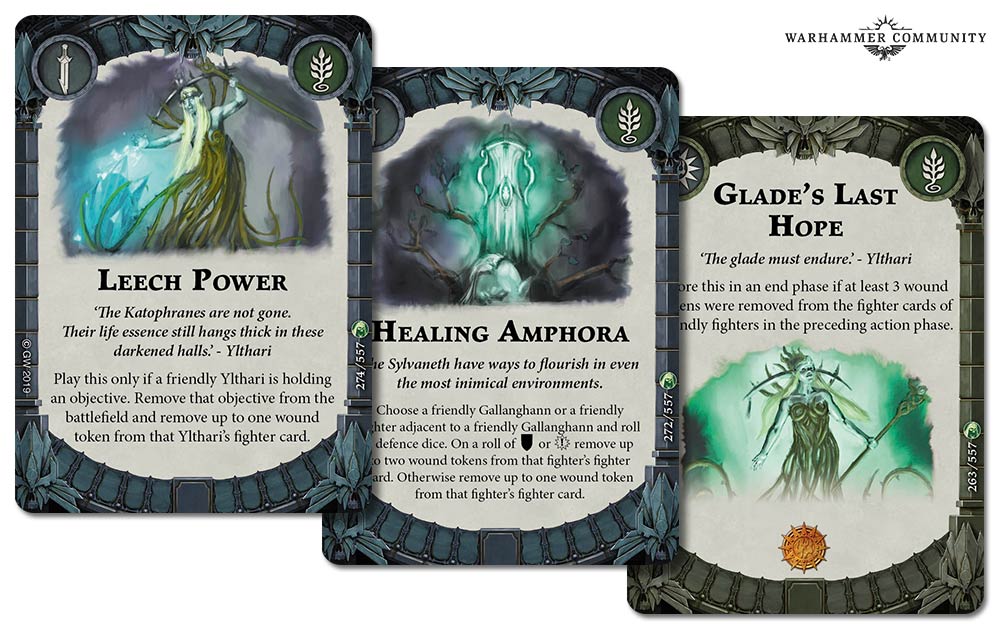 And if you need to take down tougher opponents, there are some wood elf wiles which will help shut down your opponents so you can finish them off. 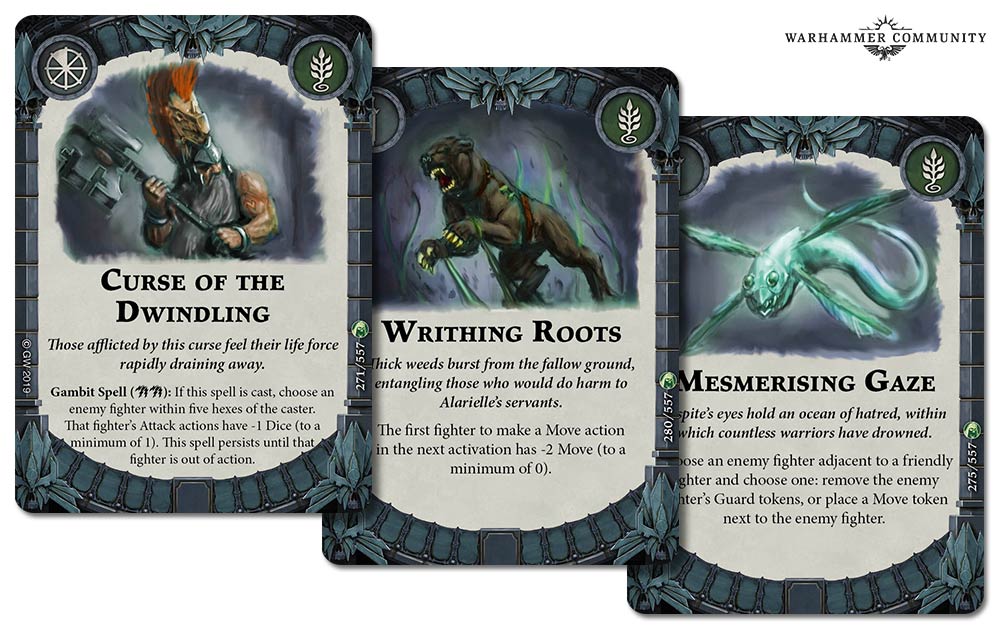 And that’s Ylthari’s Guardians. Look for them to be up for pre-order this weekend.

In the meantime, Underworlds players, what do you think of the new Warband? Let us know in the comments!

Author: J.R. Zambrano
Bell of Lost Souls Staff Writer and DM, J.R. covers RPGs of all stripes and on occasion eats sandwiches. You can ask him about either at [email protected]
Advertisement
Age of Sigmar Rules Tabletop News Warhammer Underworlds
Advertisement 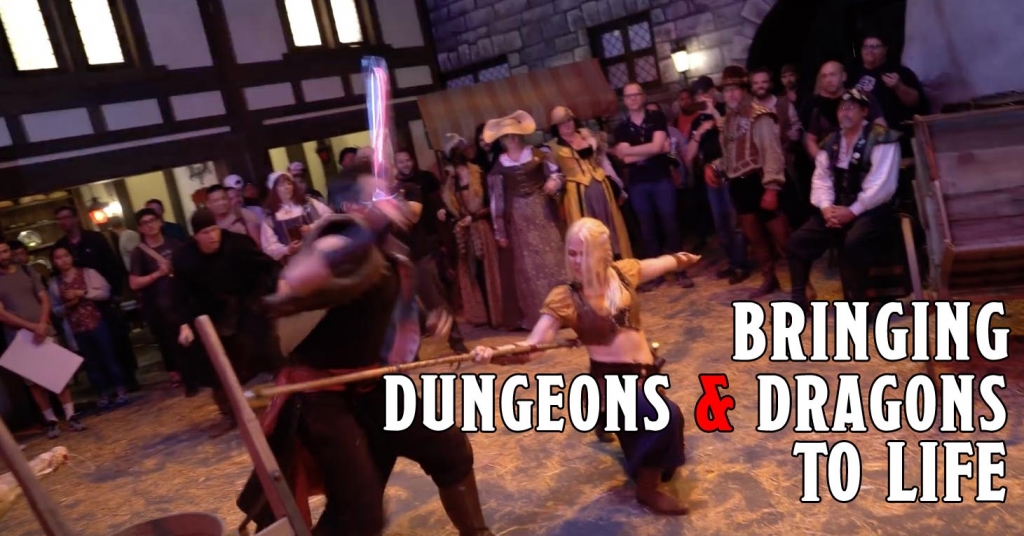